Hundreds dogs and people joined the Wooferendum March on Sunday 7th October, starting in Waterloo Place and marching on Parliament to protest against Brexit and ask for a “wooferendum”. We joined the march and bring you some photos and “tails” from the event. 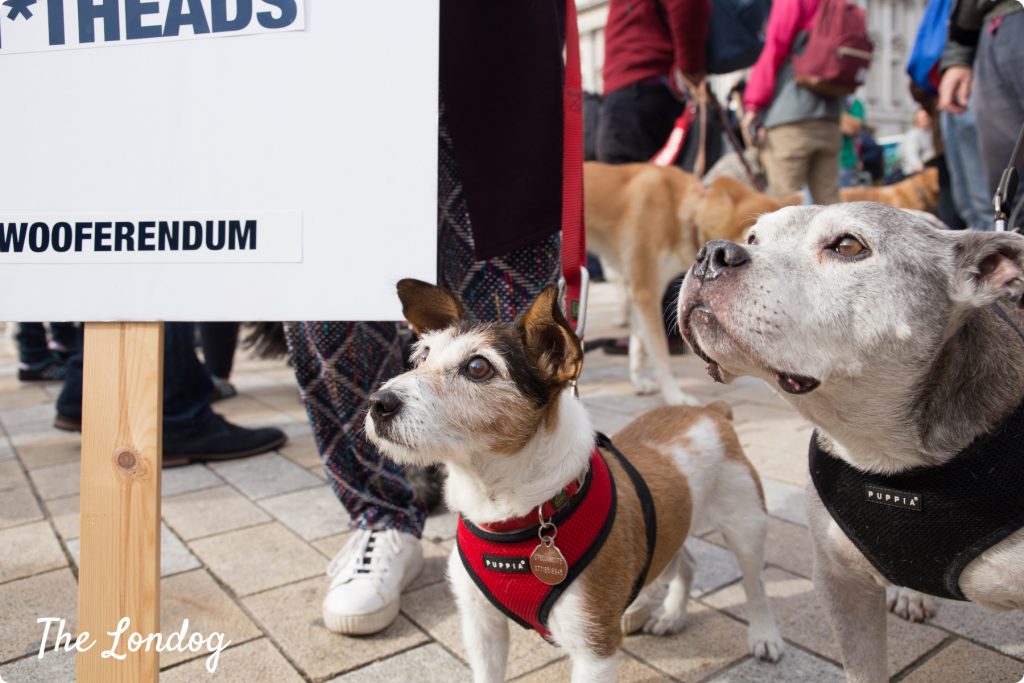 At the gathering in Waterloo Place it was all about dogs in European flag bow ties, coats, flags, signs, cardboards, not to say about all the stickers appearing on dog’s bottoms about “bollocks to Brexit”, rosettes and more.

The Wooferendum’s organisers had also arranged a number of “pee stations”, with photos of pro-Brexit politicians such as Boris Johnson and Nigel Farage, which proved to be terribly popular among male dogs. So much that at Waterloo Place at some point there was (literally) a dog peeing procession (which Argo joined queueing multiple times) on a photo of Nigel Farage on a post. A little dog even decided to poo (yes, poo! and no, this was not staged) at another pee station before starting the march. Even when you didn’t see it, you could tell when a dog did their business on one or the other politician’s photo from the roar and laughs rising from the crowd. Without any further ado, here you are our Wooferendum dog peeing compilation in photos (further below, other “tails” in pictures too). 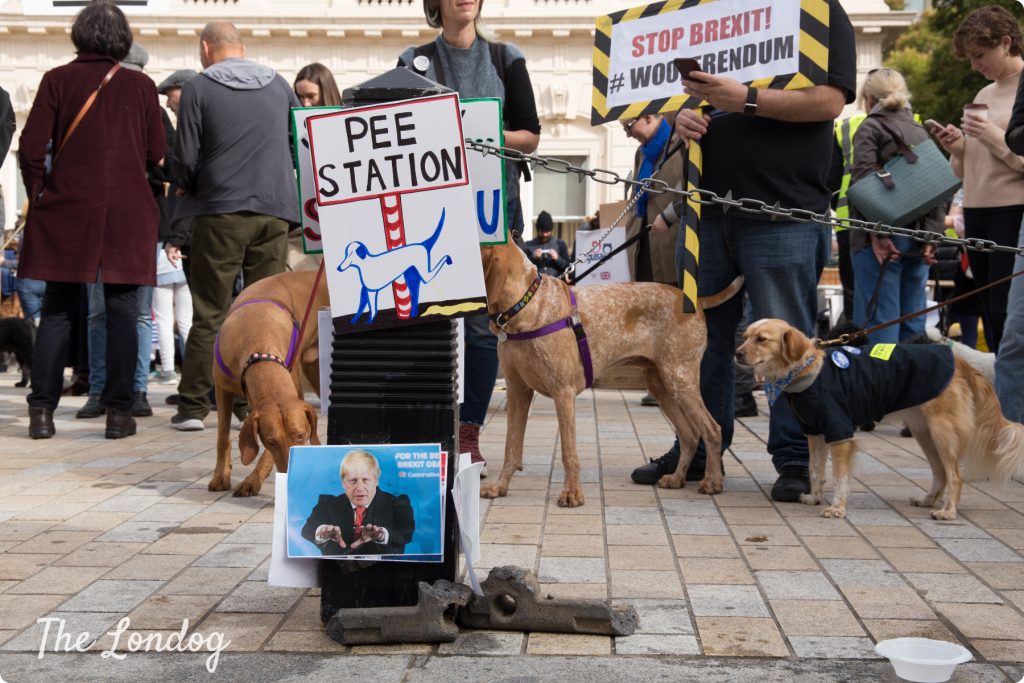 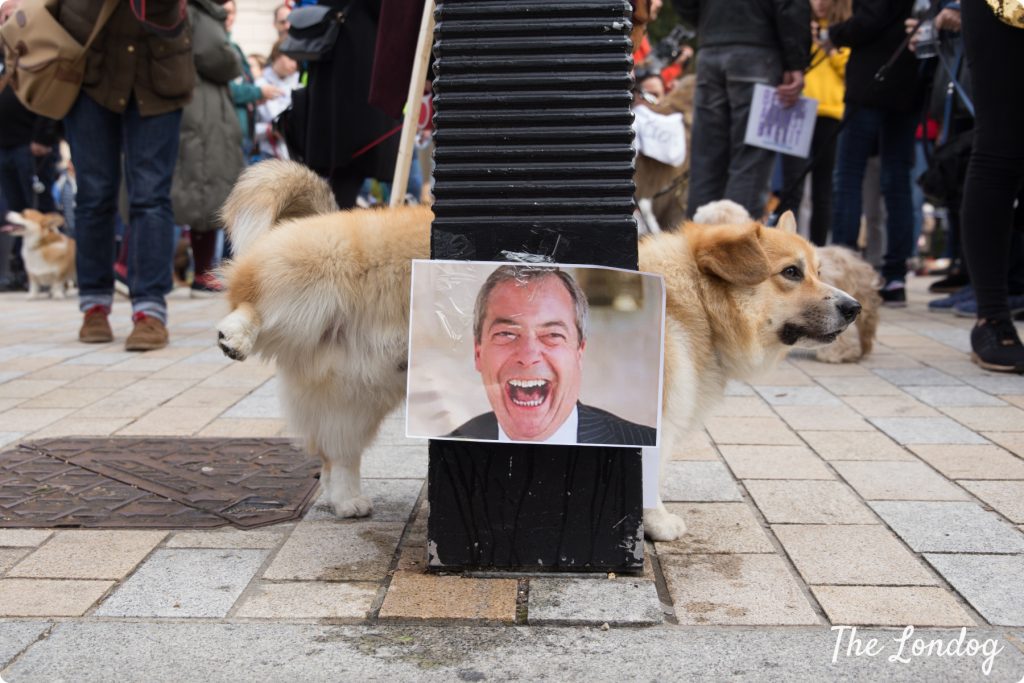 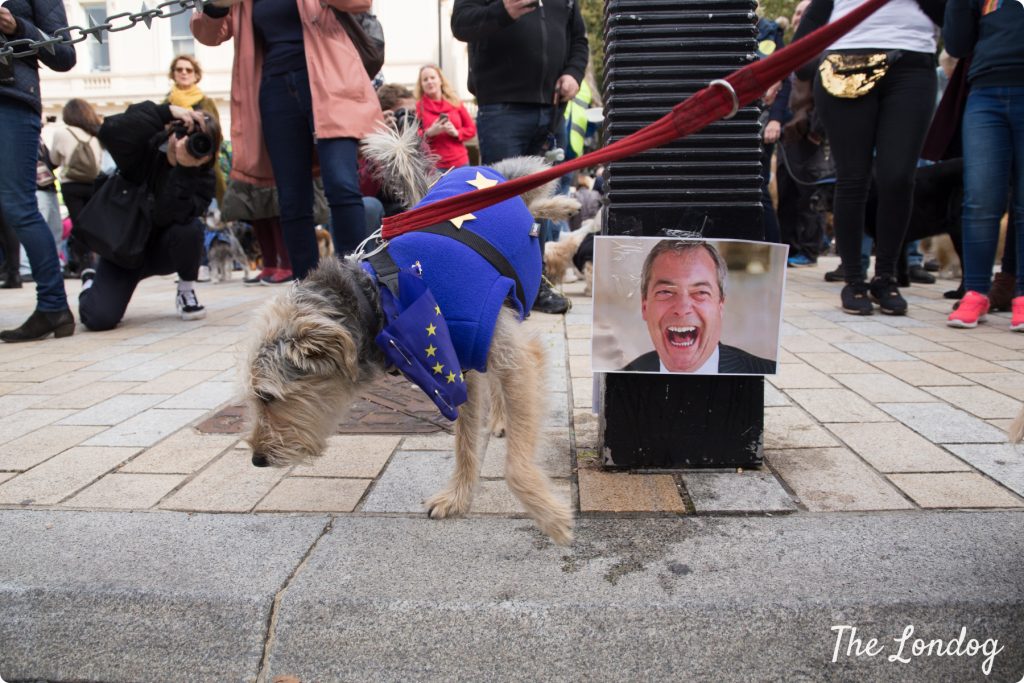 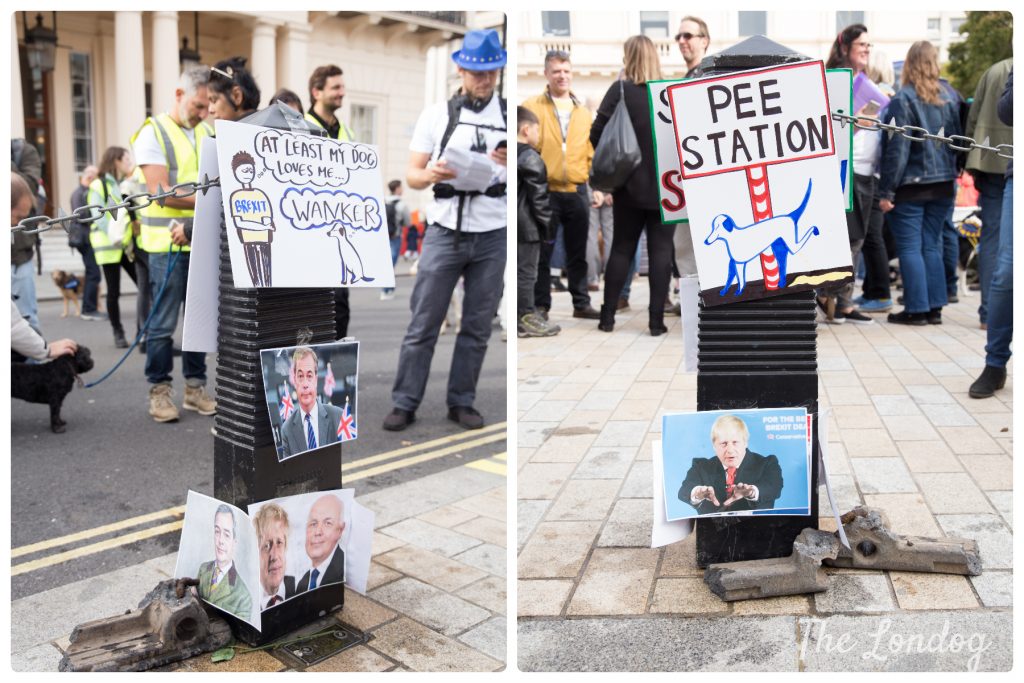 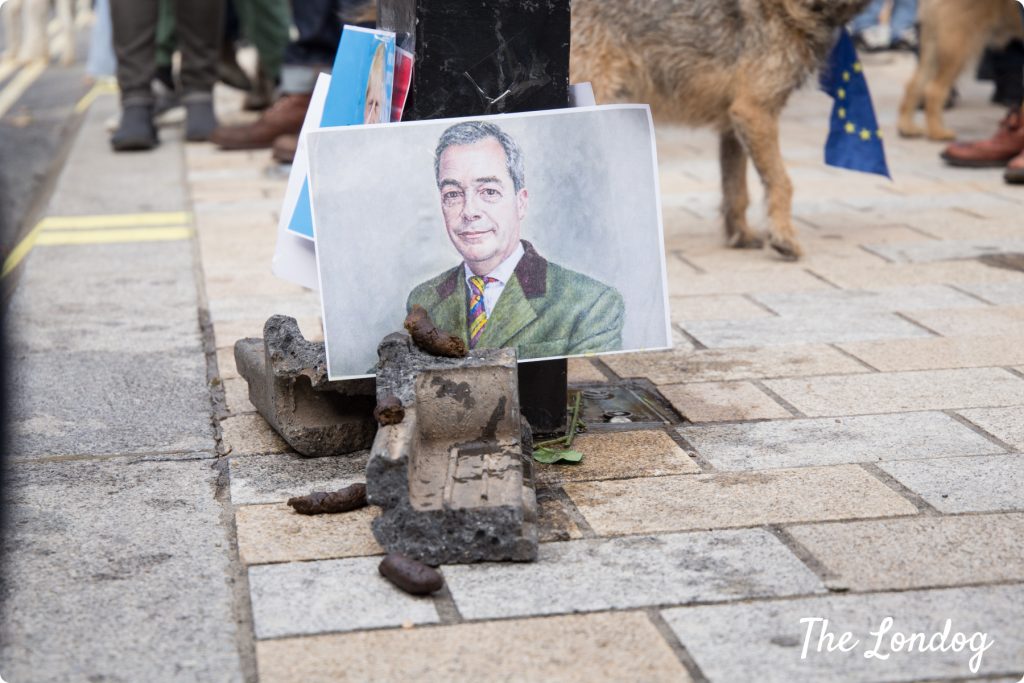 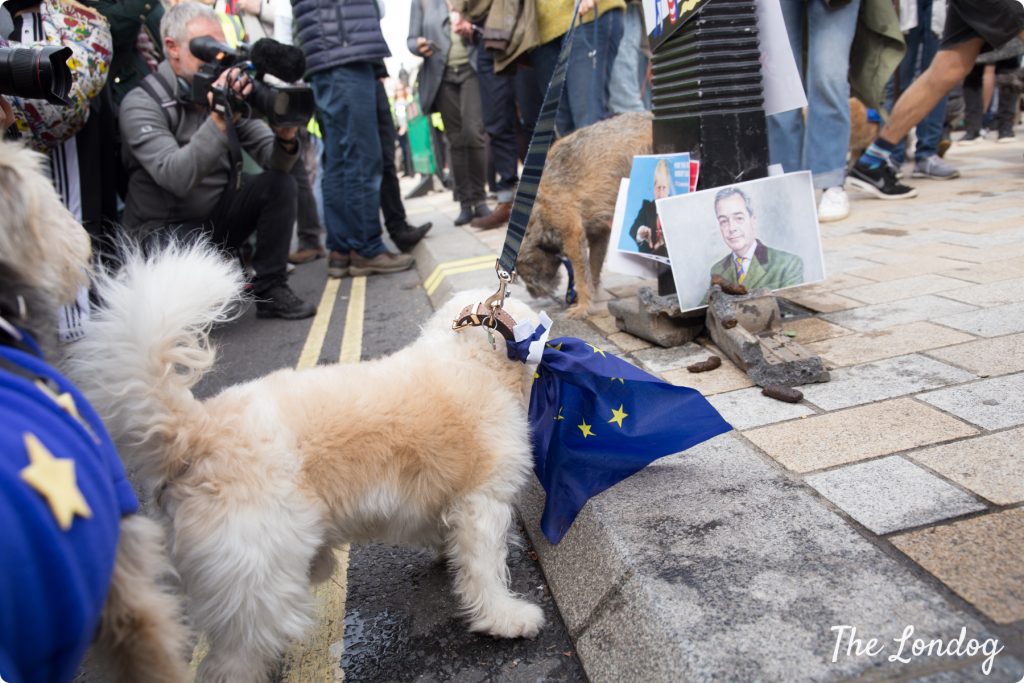 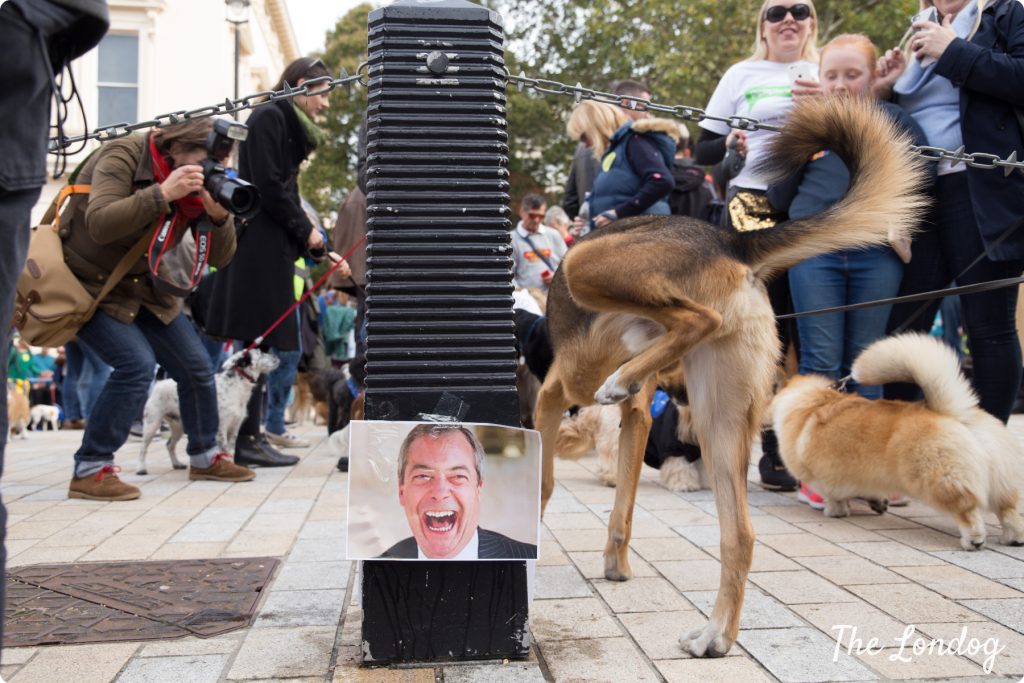 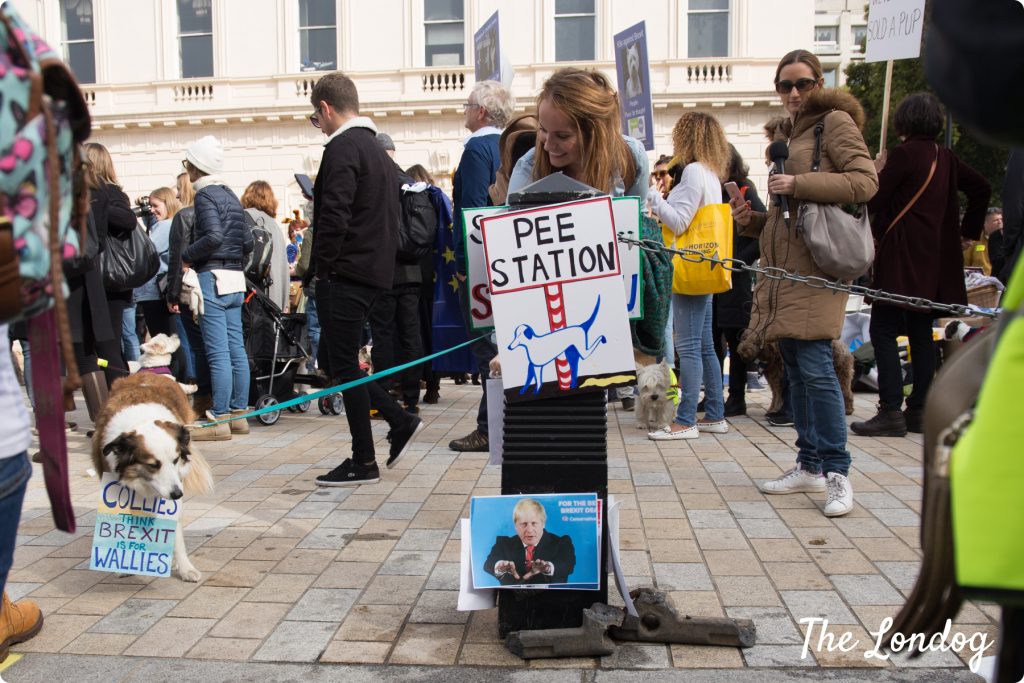 Other dog “tails” from the Wooferendum march

Large and small furry campaigners made their way through the roads of London to march to Parliament. The full album will be on our Facebook page shortly. In the meantime, some “tails” we loved. 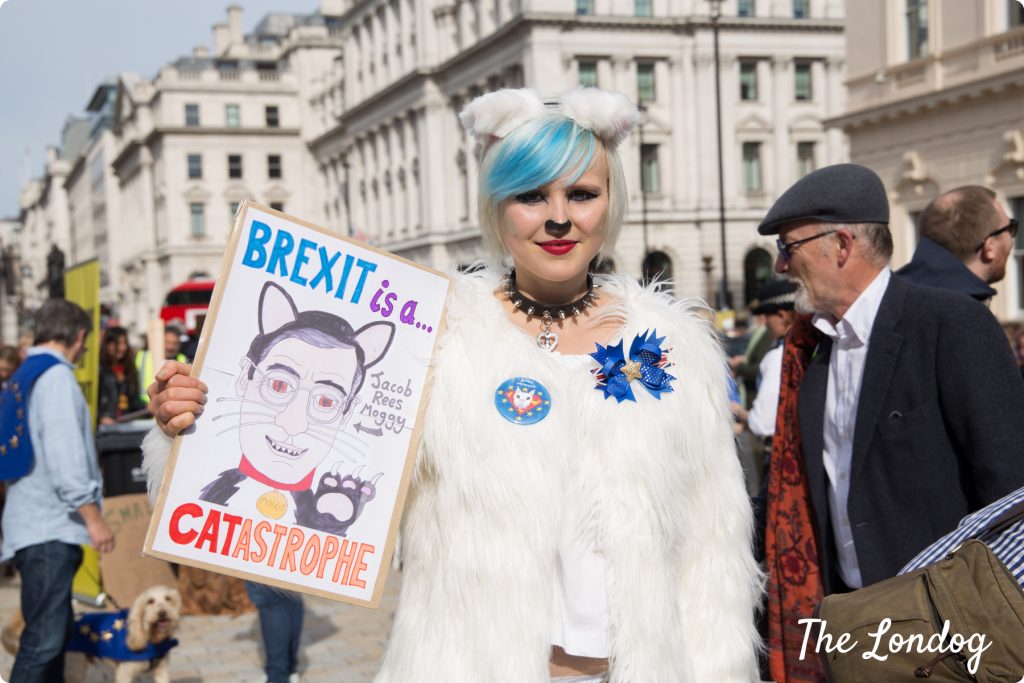 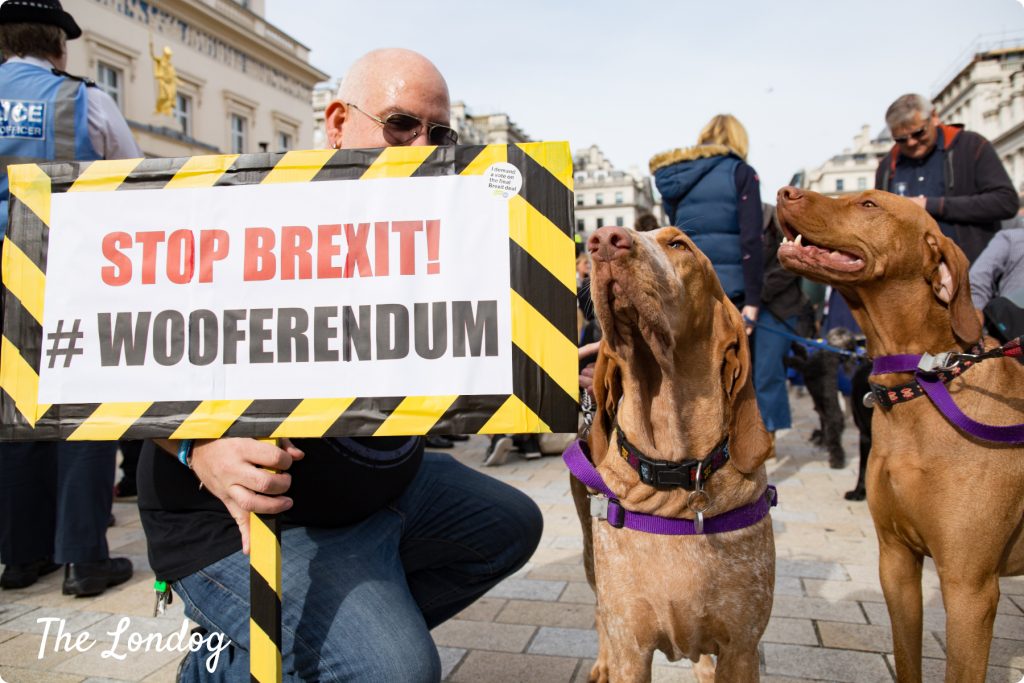 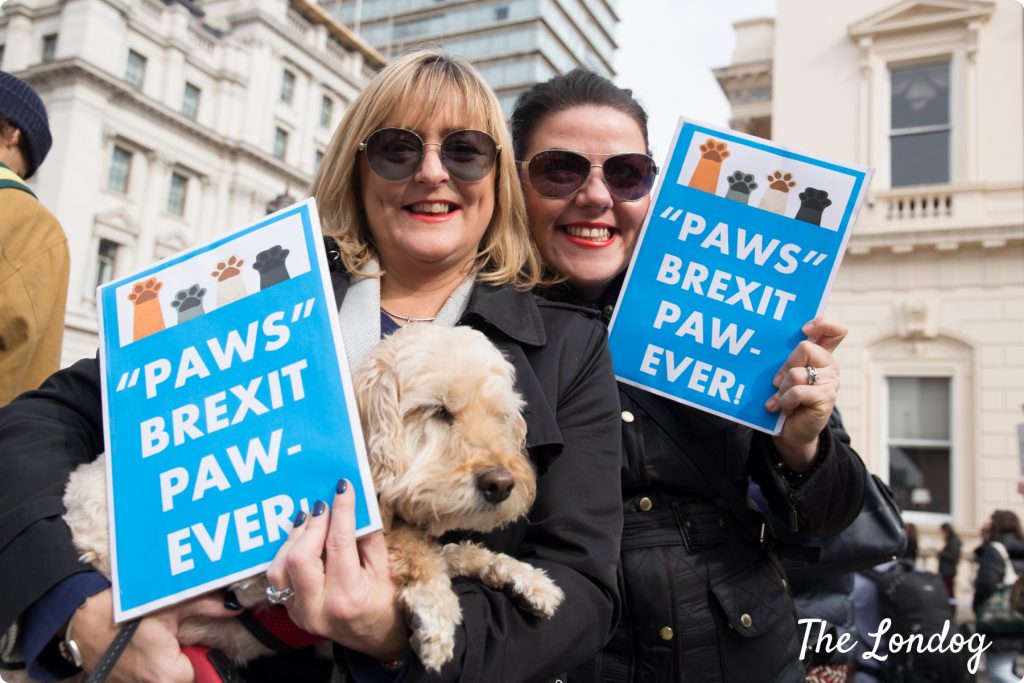 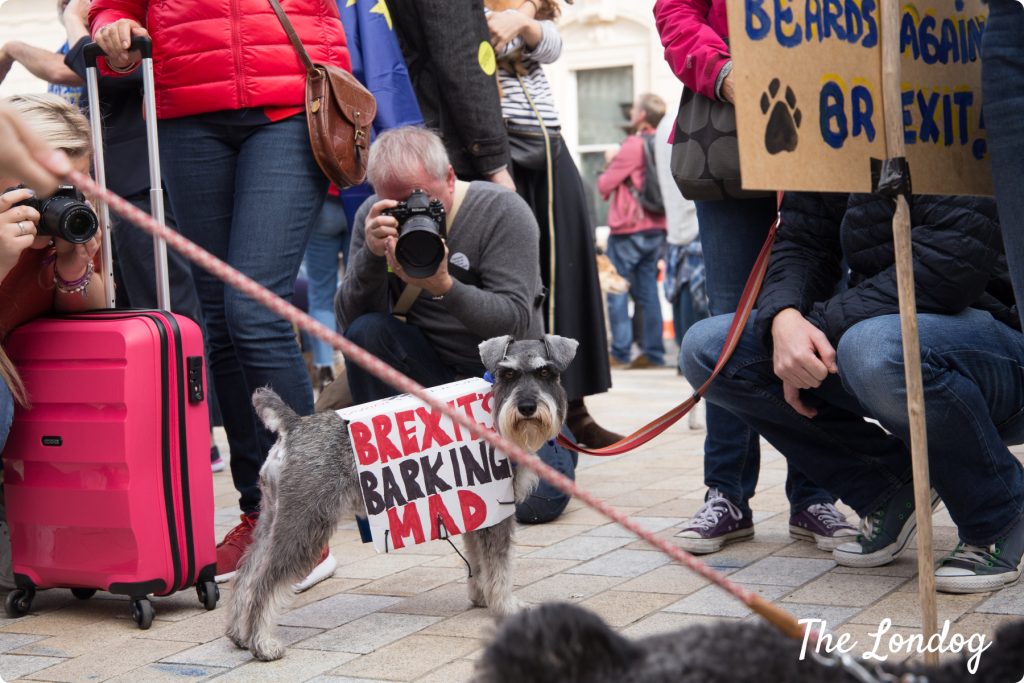 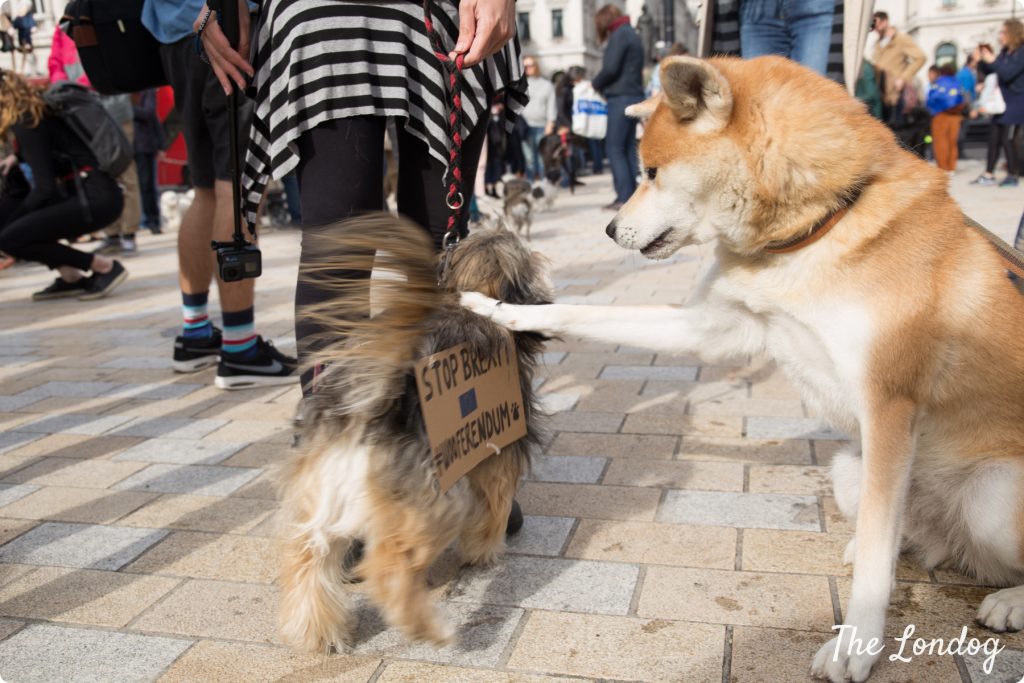