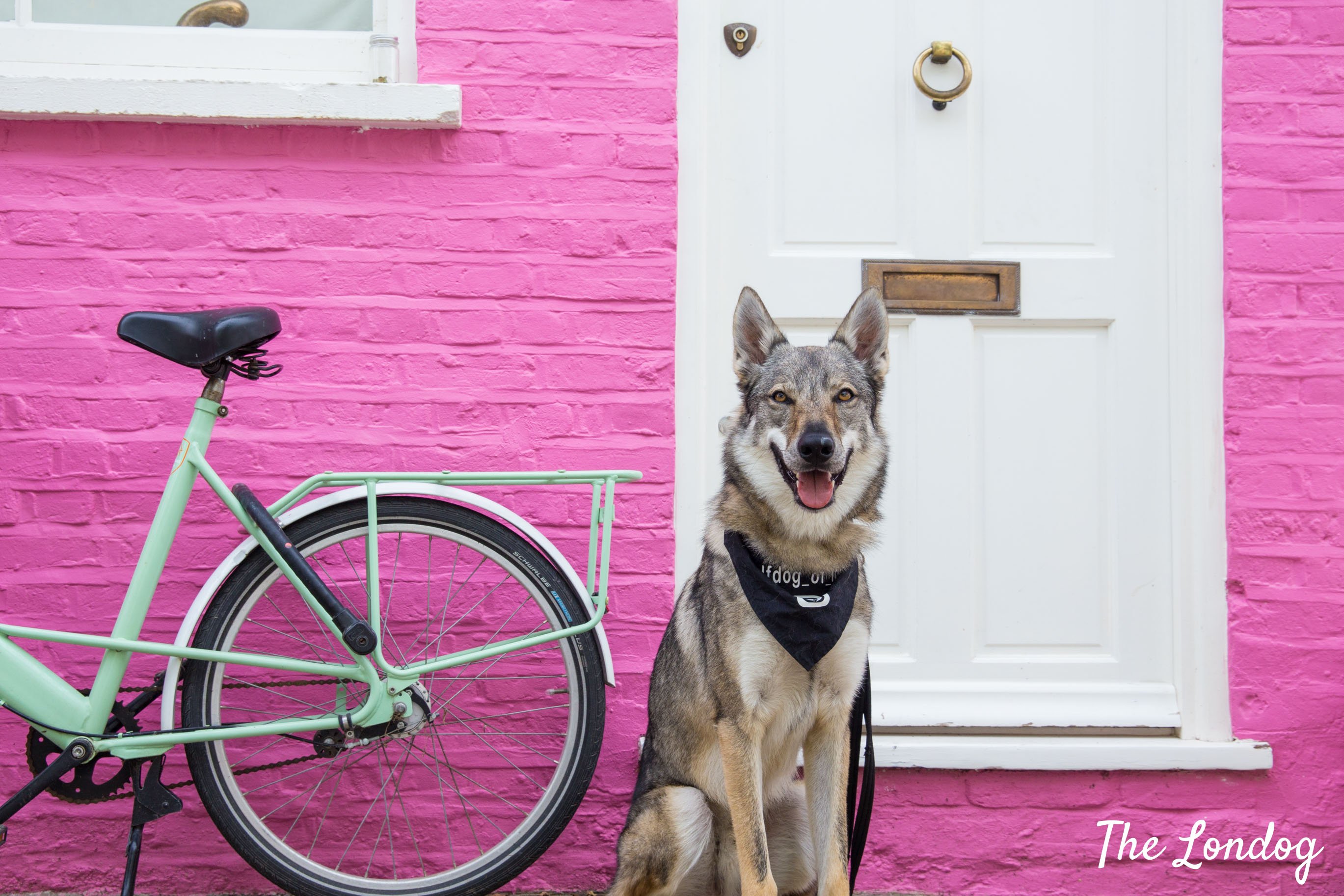 Walking your dog can be fun, social and… cultural too. Walk with the Wolf dog-friendly tour, organised by Vulric the Wolfdog of London together with private guide Amber of Rambling London Tours, combines these three elements, as we could see when we went to photograph its first edition in Notting Hill. In this guest blog post by Vulric’s human, she tells about the concept, how it went, and announces the next tour date for your calendar!

Walk with the Wolf: Notting Hill Tour with a professional guide and wolf hybrid Vulric 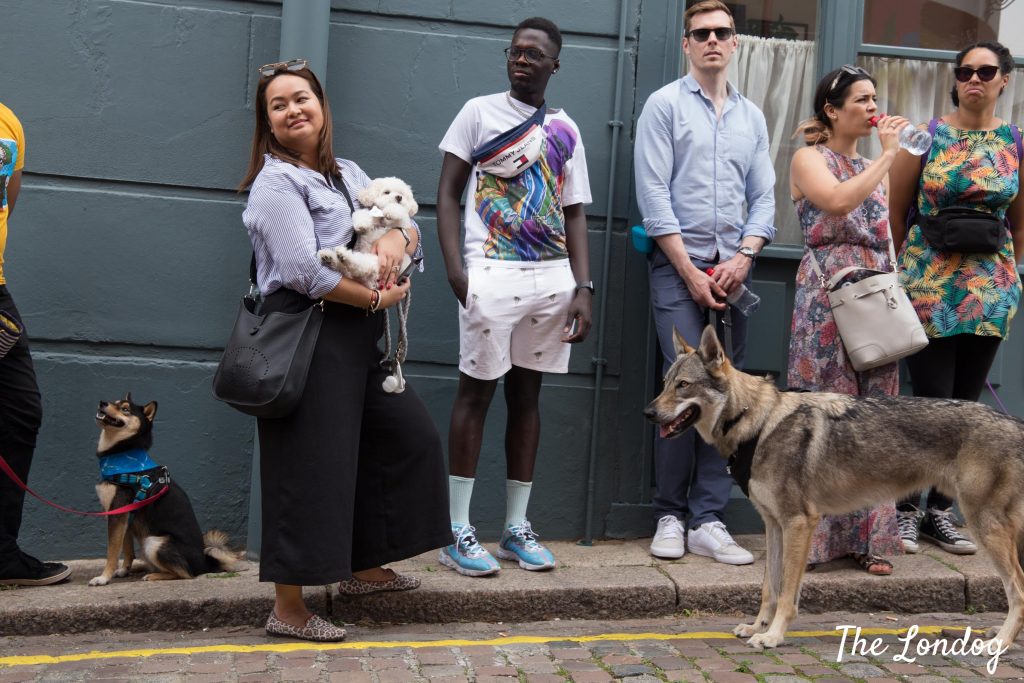 This year, scientists at University of Liverpool confirmed that dog owners spend more time exercising than other people… but when your city is a cultural gemstone, why not combine walking your pooch with marvelling at the history surrounding us? That’s exactly what Amber thought when she met our wolfdog Vulric, whose London life we showcase on his Instagram.

Amber is a private guide and owner of Rambling London Tours – she designs completely bespoke adventures. Vulric is a social media starlet under the name Wolfdog of London with a growing fan base in the city. Together we launched the “Walk with the Wolf” concept in August, running our first ever tour of Notting Hill, with the aim of hosting a cultural event open to dog owners – the dogs get a nice long walk, the humans get to learn and socialise over drinks at the end of it. 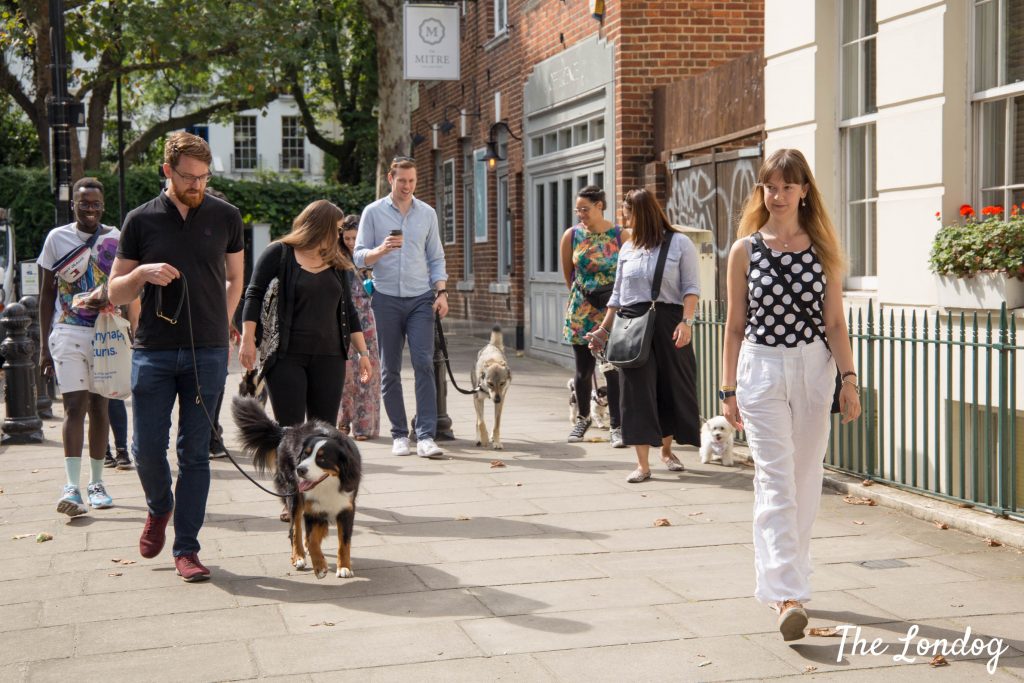 The tour kicked off near Holland Park, and dogs and humans assembled, from the most delicate Bichon to a glorious Bernese mountain dog. We began with the history of Notting Hill, back when the area was surrounded by fields of wheat and developers were desperately trying to give it some allure. We walked around noting remnants of this past in street names, architecture and churches. The dogs happily sniffed away through at each corner –  we moved often and none of them ever appeared bored. 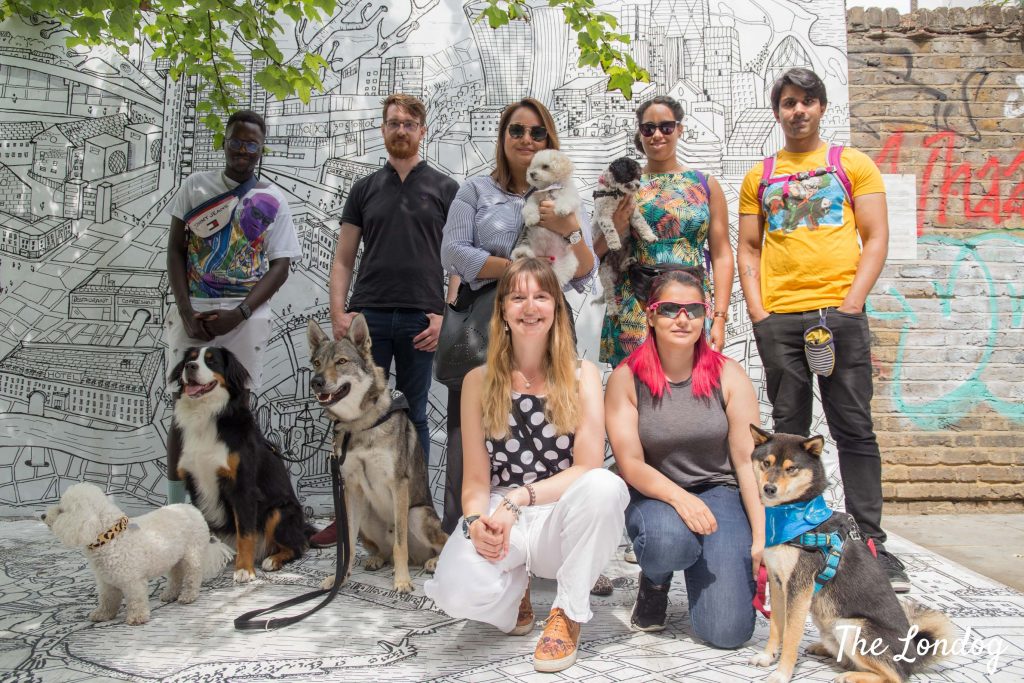 The history behind what is now known as a luxurious, posh area, continued to surprise us – we were shown hidden buildings from its time as a slum and pig sty, which sounds unimaginable today, as well as hot spot of riots when the area was most popular with the Caribbean community, who were often mistreated and targeted for their heritage. Famous residents were also covered – from the Suffragettes through to musicians, and of course places that appeared in the famous Notting Hill film.

In just over 2 hours, we covered the history of this beautiful place, both whimsical and often tragic, culminating in the most recent events surrounding the Grenfell tower, and how the diverse communities in the area pulled together to support survivors and each other in the aftermath. We ended on a high note and headed over to the Pub.

Next Walk with the Wolf tour dates 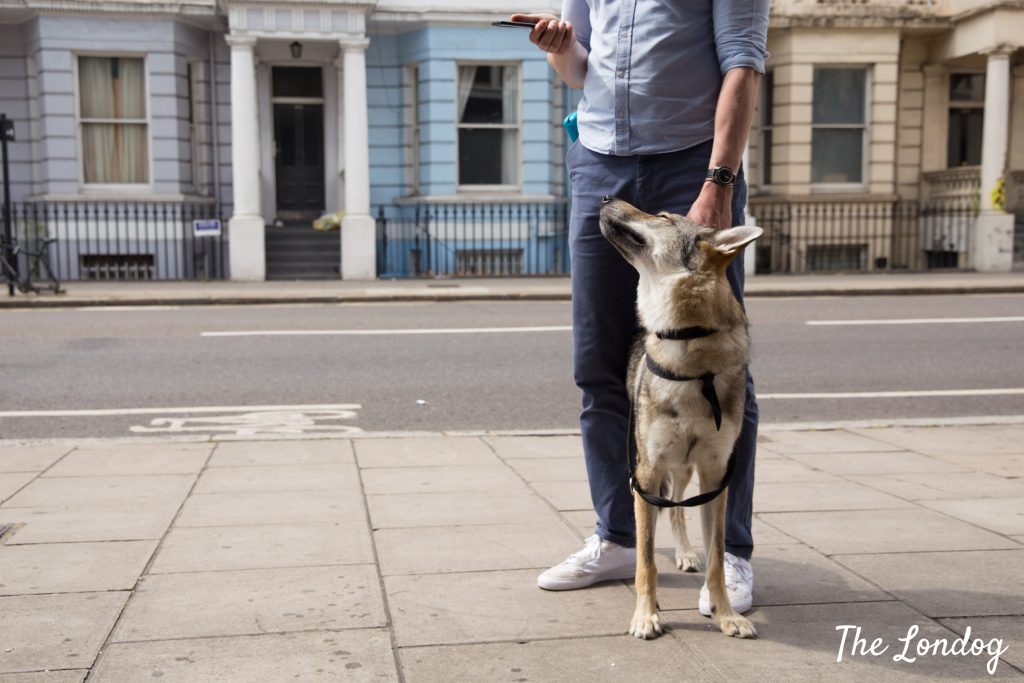 The next Walk with the Wolf will explore Soho and is planned for Sunday 22nd September. There are very few spaces available as we are keeping tours small and private, so please get in touch with at hello@wolfdogoflondon.com to book your slot. This event is on lead, but dogs do interact. If you have a sensitive or reactive dog, please let us know and we can discuss how we can accommodate you.