Have fun and help charity: the Visions Dog Show 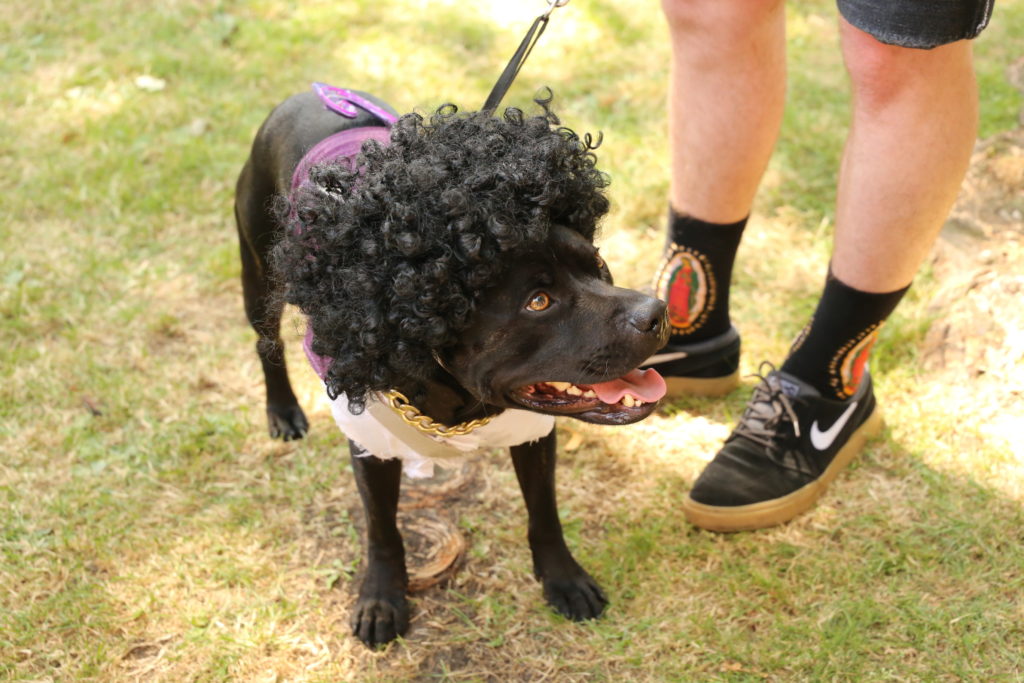 Did you know that having fun with your dog sometimes can mean helping dog charities? In London there are a number of events where you have the chance to enjoy with your dog while helping less lucky mutts simply entering one of the show categories (which usually costs unimportant amounts).

A good example of this kind of events was the Visions Dog Show, which very first edition was held at St. John at Hackney’s Churchyard on Saturday 6th August. The show was organised by and in aid of All Dogs Matter, within the Visions Festival. Best dog, Cutest Pup, Best Trick, Waggiest Tail, Best David Bovie/Prince/Lemmy dress the categories.

If you want to have a sneak peek and discover who the winners were, this is the right post.

#The Winner – Winnie (up for adoption!) 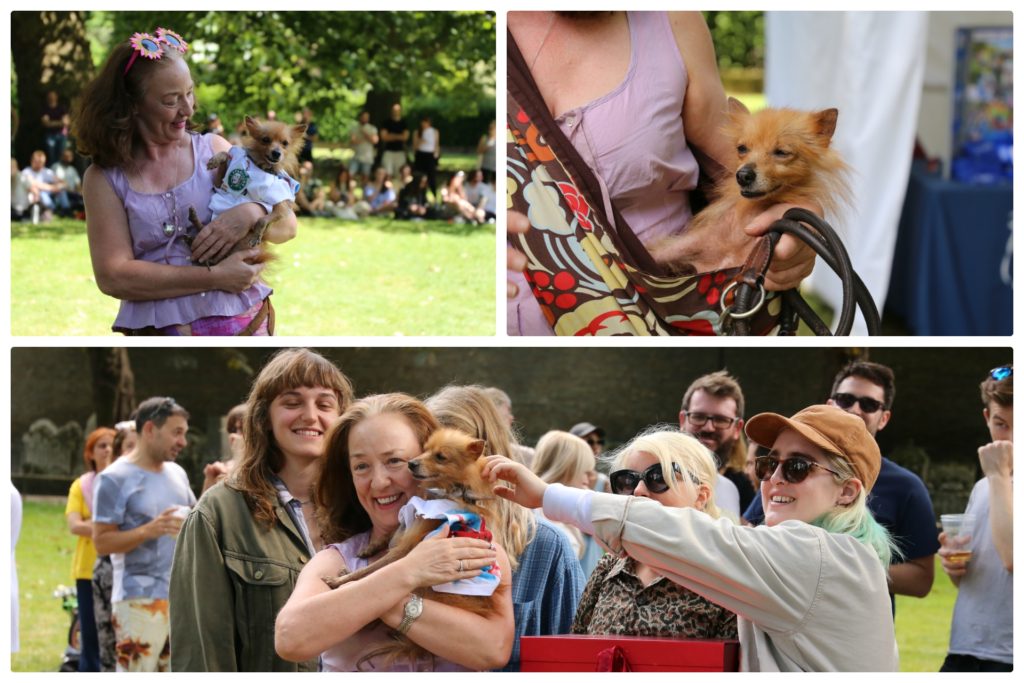 Winnie, possibly the most pampered mutt during the show, is looking for her forever home with All Dogs Matter.
She is being treated after some extreme neglect, infested with fleas/mange, had very little fur and most of her teeth had to be removed. But she is a sweet girl and very excited to find her new forever home! You can find her rehoming profile here. 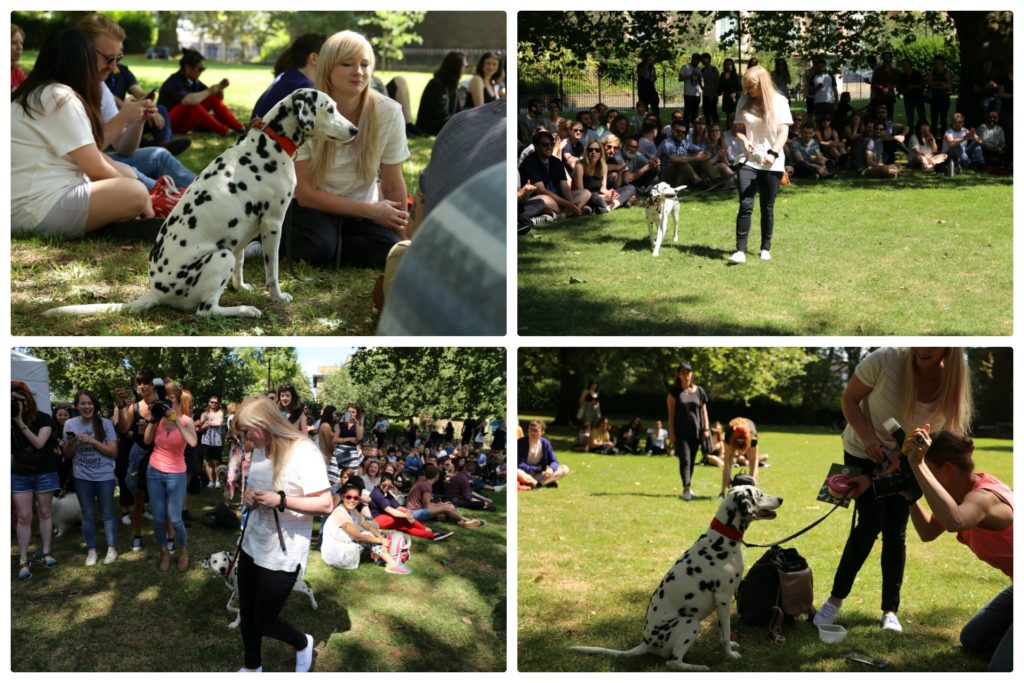 Panda is a 10 year old Dalmatian “with a penchant for thievery, who enjoys watching Attenborough, demanding back massages and going to the pub”! Very well behaved, truly watched ALL the show with attentive eyes. 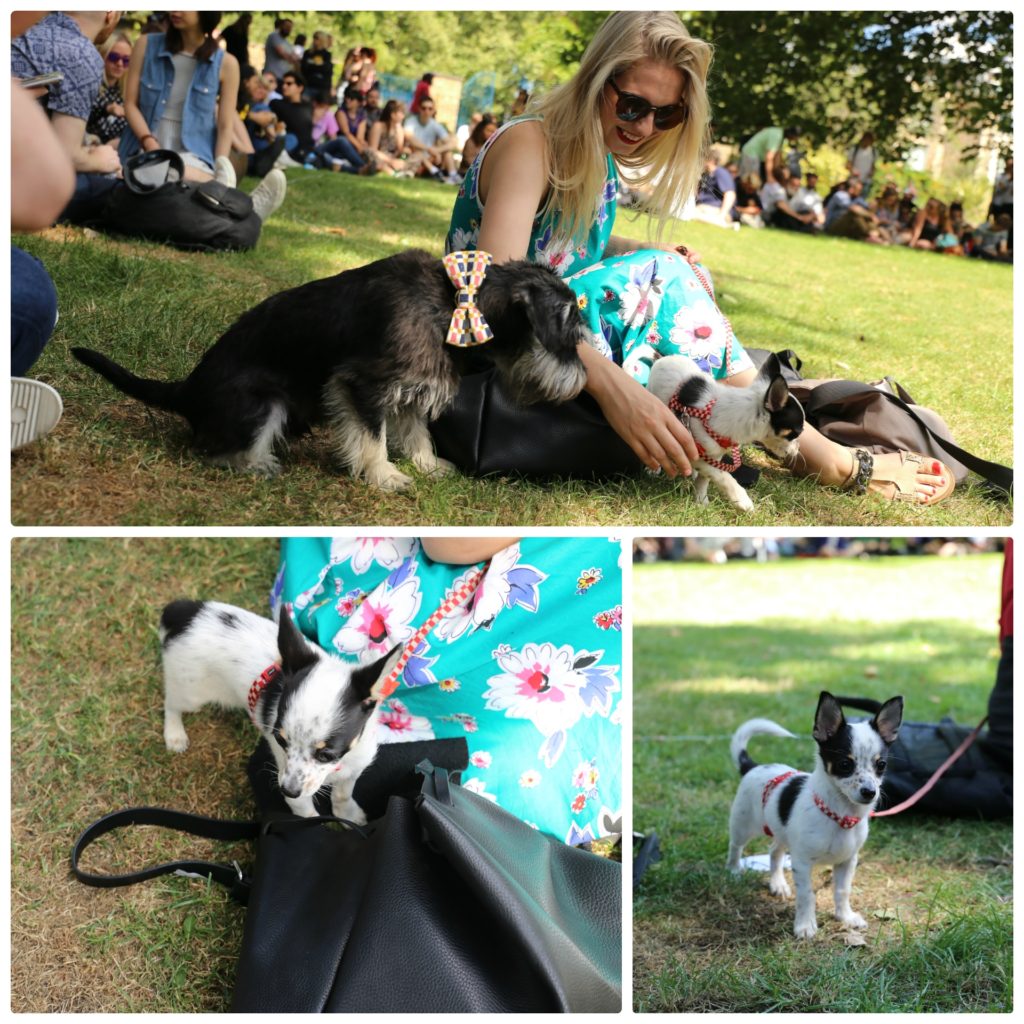 Rocky- 3 month old chihuahua- captured the hearts of all on the day! What a tiny dog. He was caught diving into a lady-friend’s bag and coming out with a treat almost bigger than him (see picture above for the moment right before the dive)! 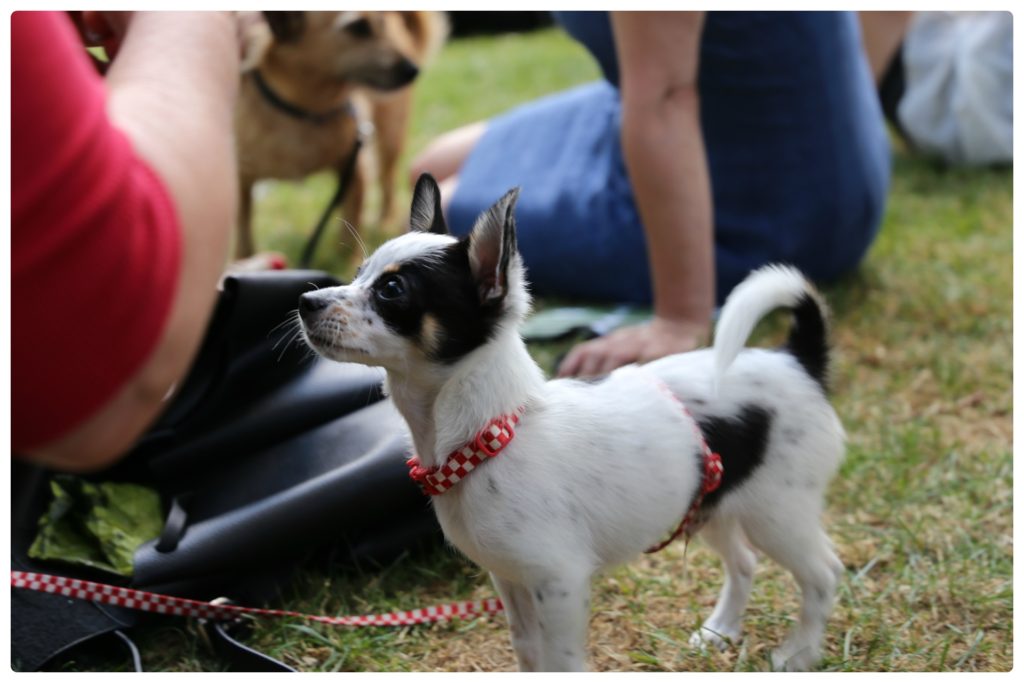 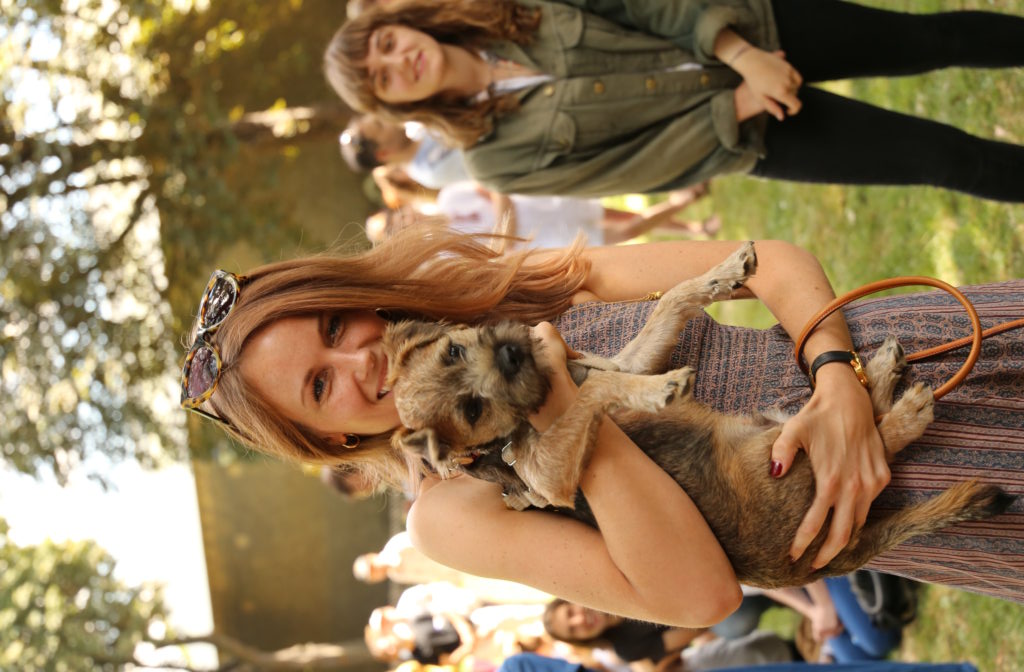 Albert- the runner up in the Cutest Pup – is a 5 month old “half border terrier half teddy bear”. If he had two wishes it would be to grow into his paws and world peace, his owner promises! 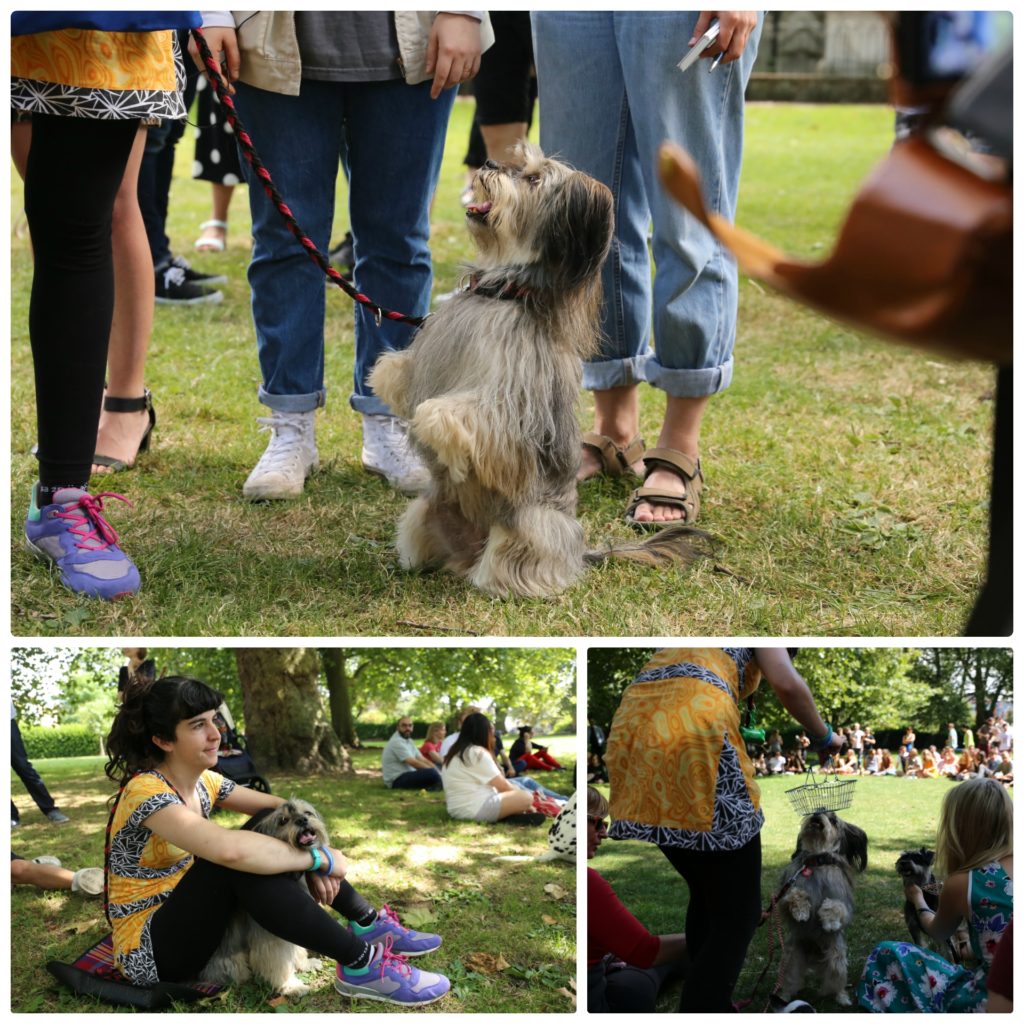 Gustavito was found as a stray in Spain – now the happiest dog ever, he’s always smiling! He moved to London with his owners and love the Tube and the parks, where he discovered SQUIRRELS! Best quote: “He loves the summer, because there are lots of legs to lick!” 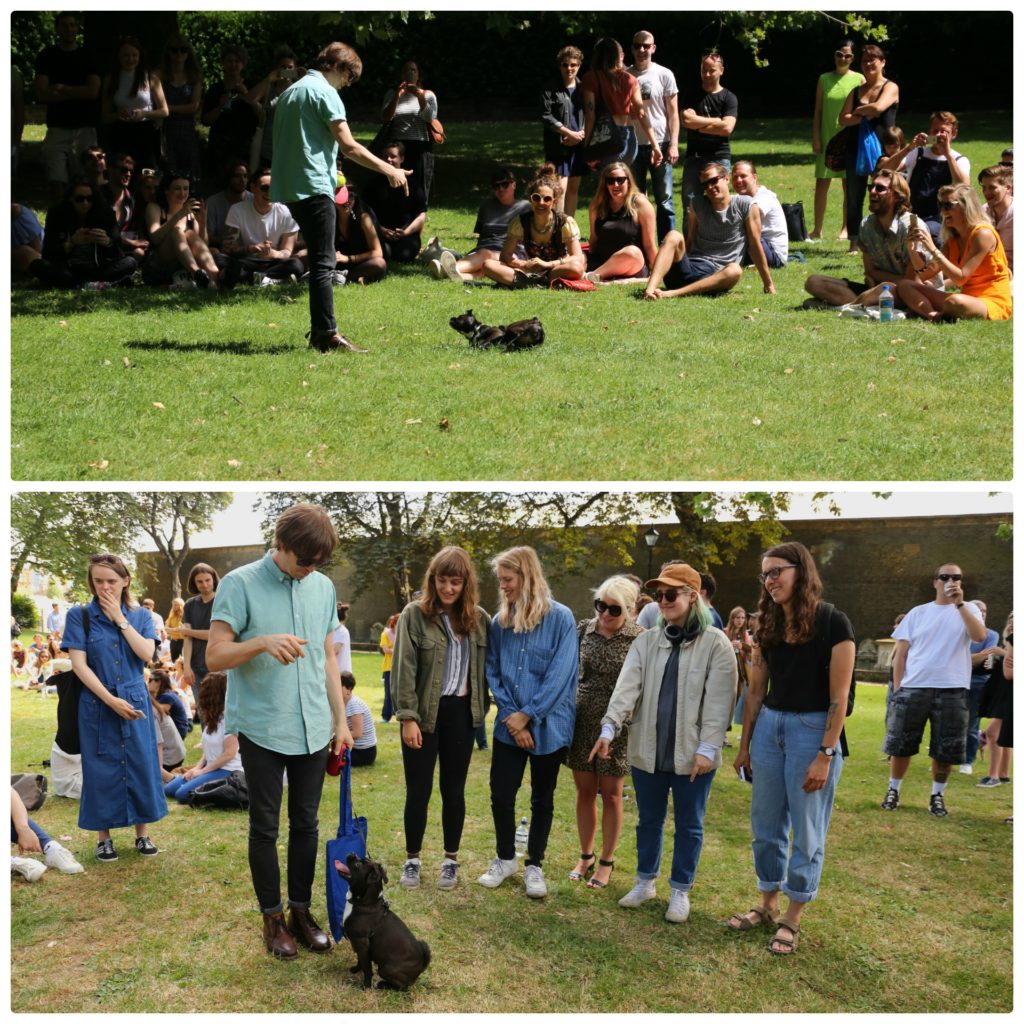 Betsy, two and a half year old Jug, loves peanut butter, cheese and swimming! She knows how to play shot-dead, just in case! 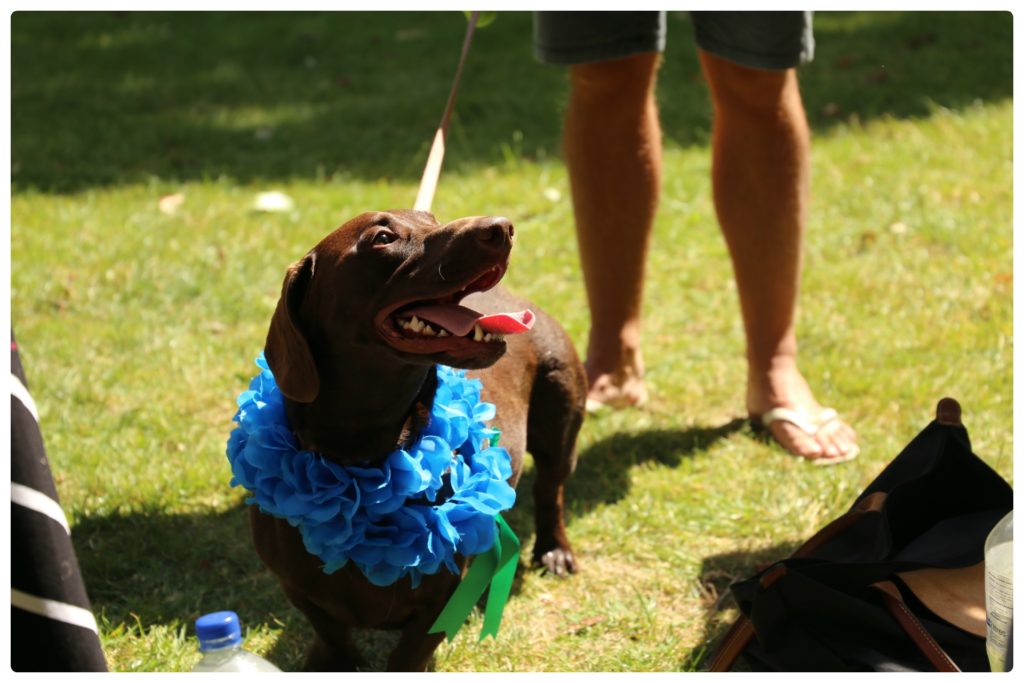 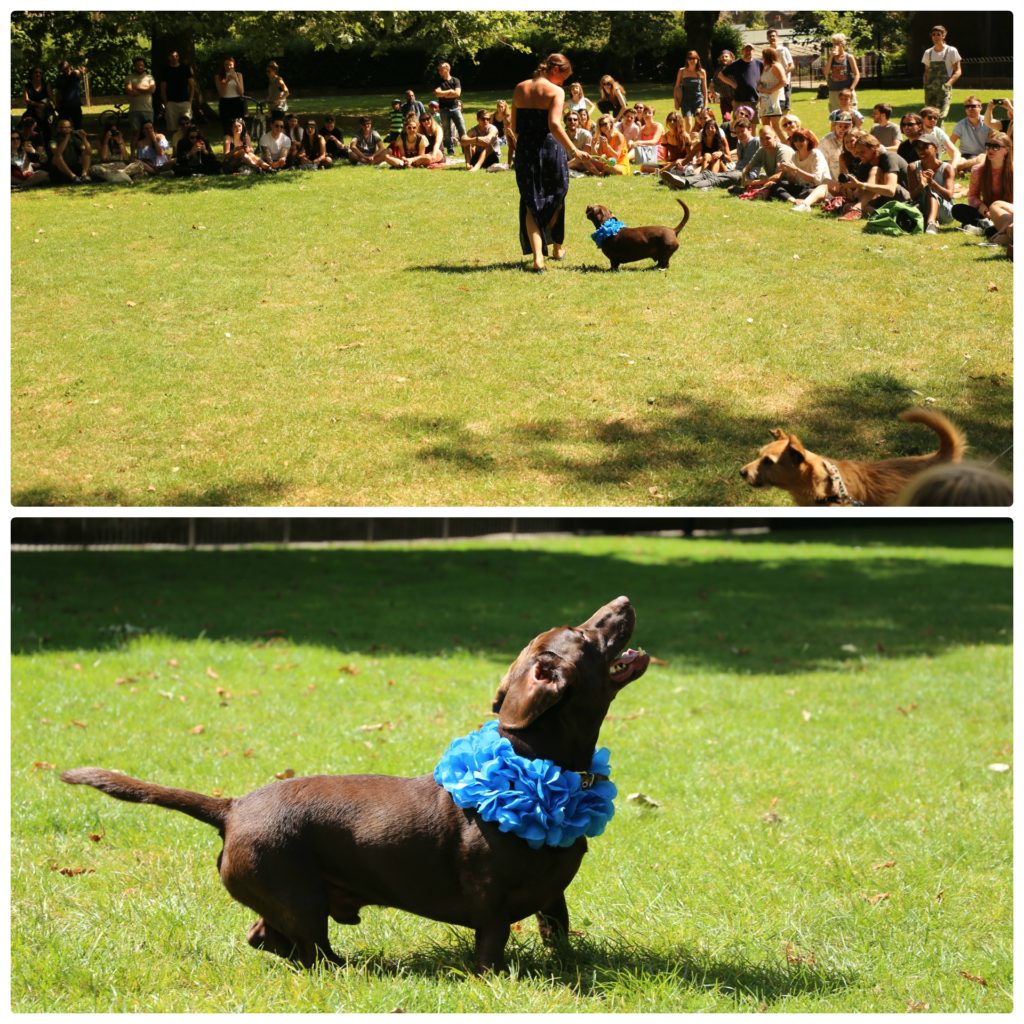 Tiny the chocolate daschador is “the happiest biggest sausage dog on the planet!” He has been spotted endlessly playing with his ball, running around to meet new friends and wagging his tail like it was an eggbeater! 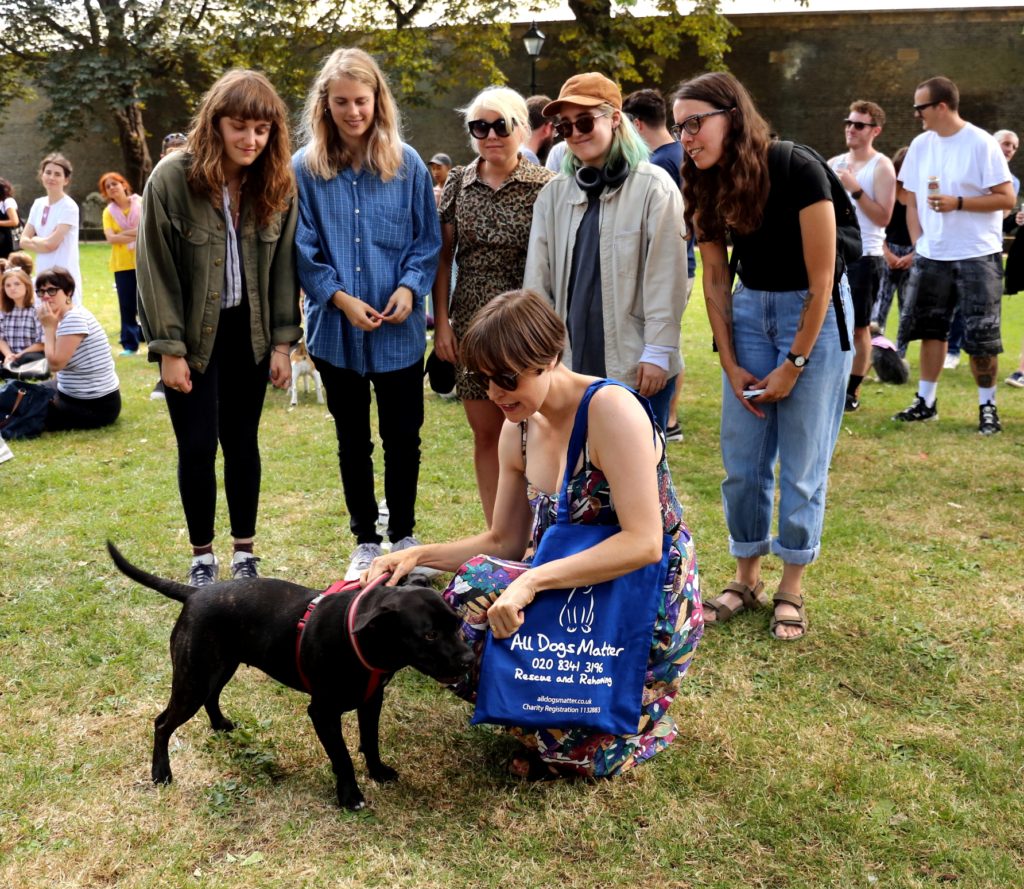 Betty – tough start in life – she was abandoned before she was weaned away from her mother. But she has bounced back and has become the best friend anyone could wish for! 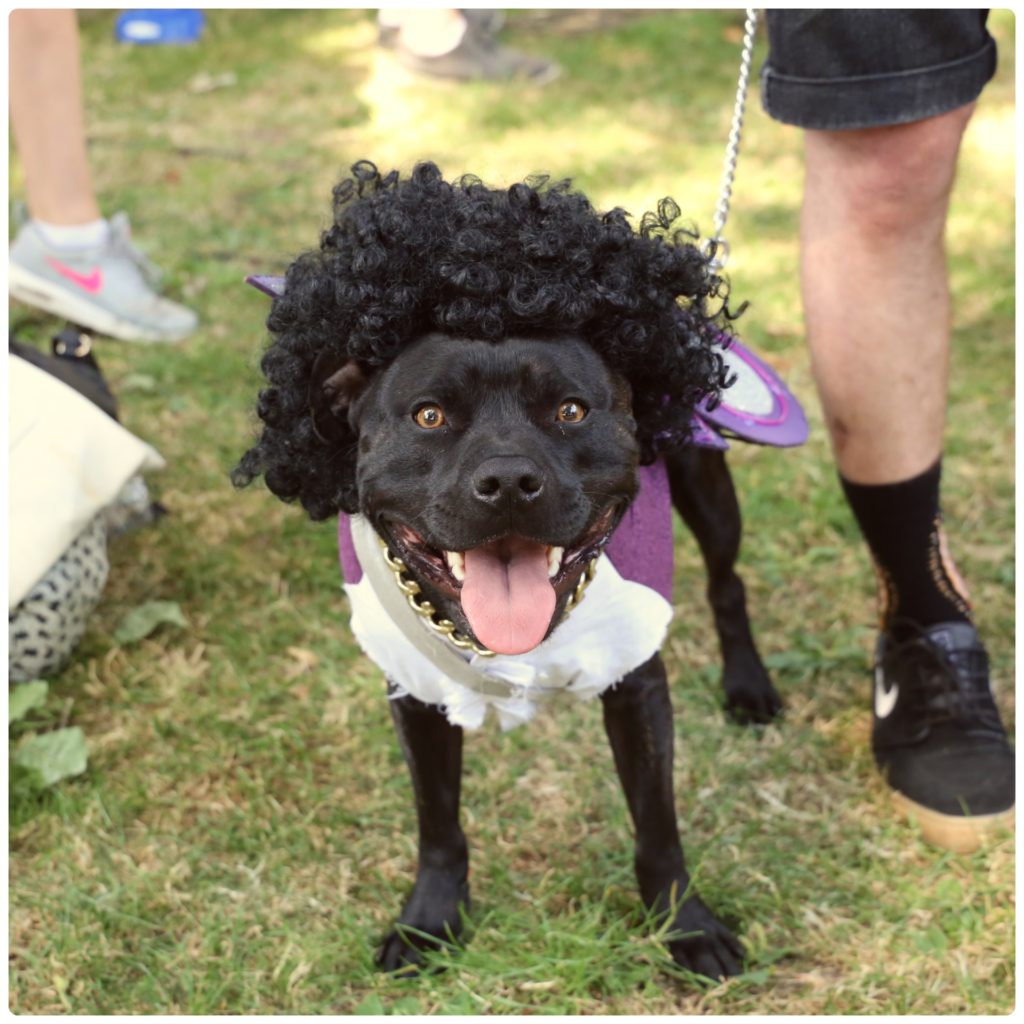 With his wig, chain necklace and guitar, he conquered everyone. A real poser, he loved the camera and made a perfect model. “Autographs later”, please. 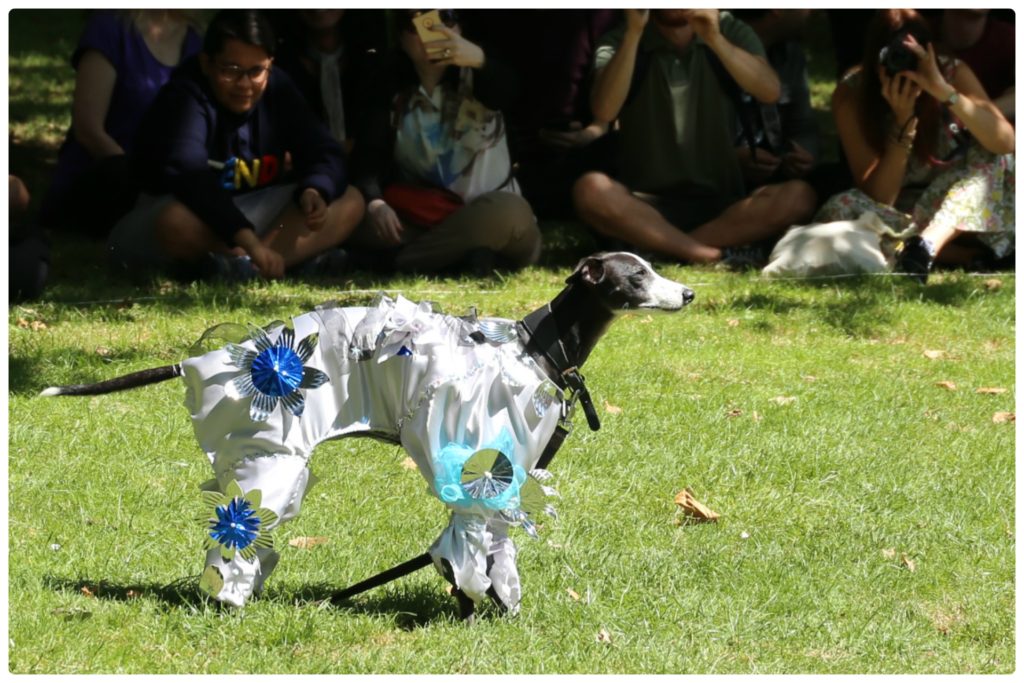 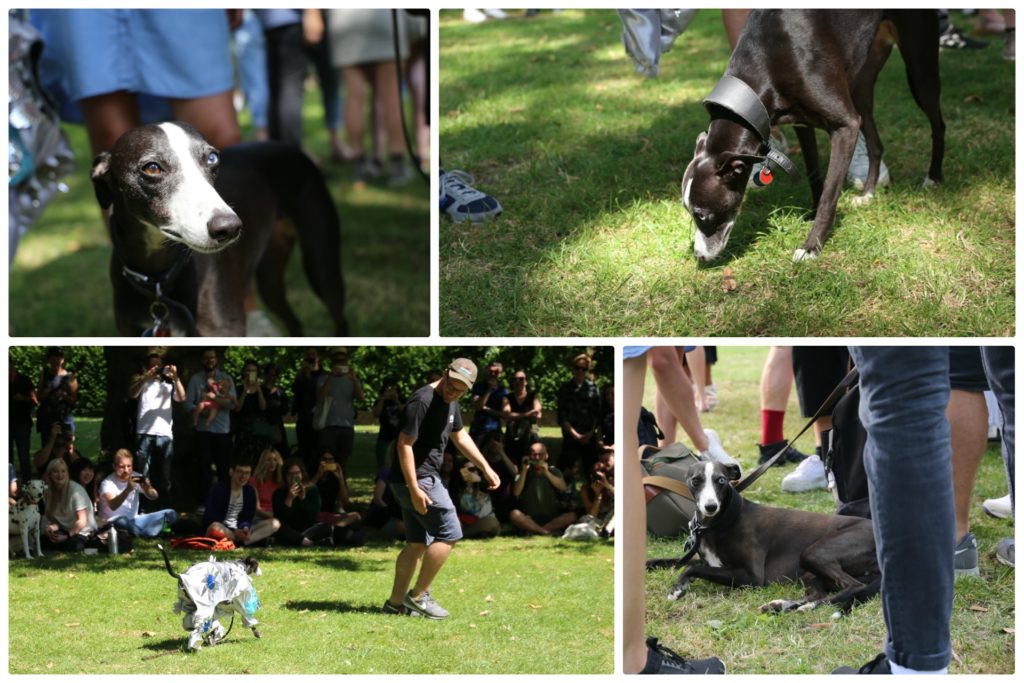 Ziggy, the bi-coloured eyes whippet, after a shy start, enjoyed showing off a fancy Bowie’s dress, proving that name was not chosen randomly (nome omen they say!).

Paws up to All Dogs Matter for the great show and thanks for having shared the descriptions of the winner dogs provided by their humans featured in this blog post!

Fancy participating to the next fun dog event? Check and keep an eye on The Londog’s events page and find all the information you need to plan your next furtastic weekend!