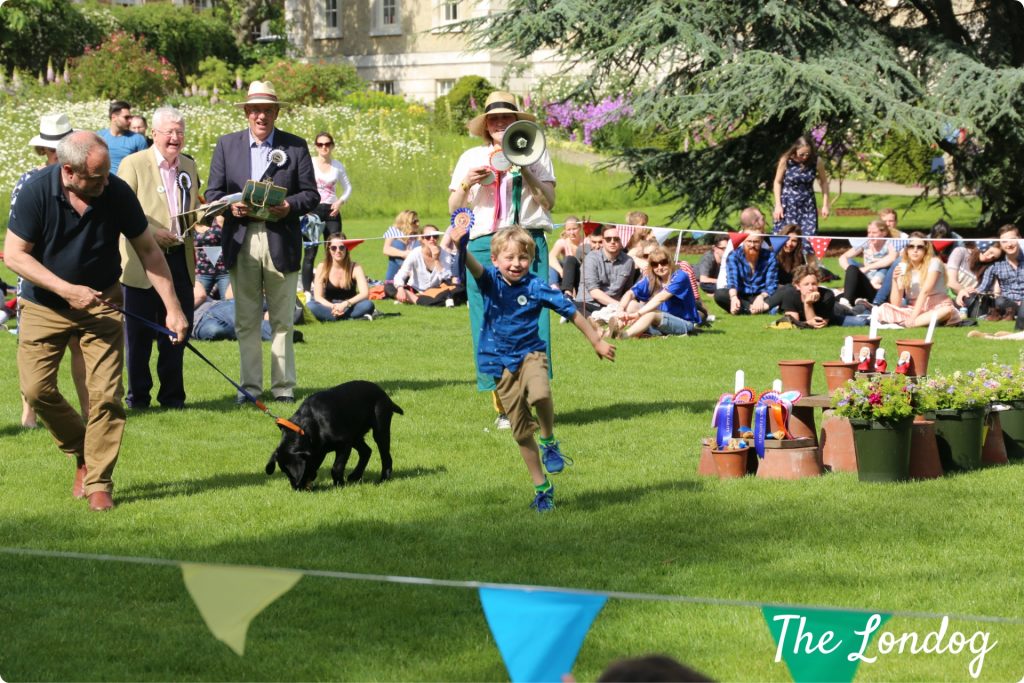 The Inner Temple Dog Show, celebrating the bond between Gardener and Dog, was held last Sunday in the beautiful scenery of Inner Temple Garden, as part of the Chelsea Fringe. For once we didn’t just go and take photos of the event, but also entered some classes.

The return of the Inner Temple Garden Dog Show 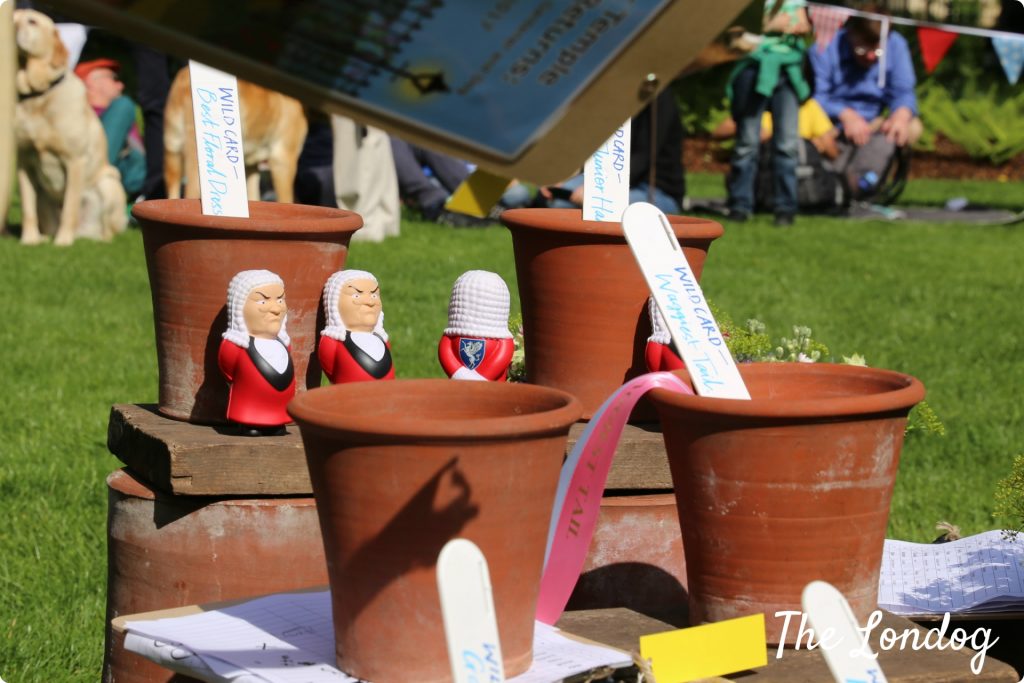 The Inner Temple Garden is a hidden gem between Fleet Street and Embankment. Its history dates back to the Middle Age and today it is a peaceful and marvellous oasis for barristers and judges, but also for the general public’s enjoyment.

On Sunday, the Gardens hosted the jolly Inner Temple Garden Dog Show. A previous edition of the Show had taken place in 2013, as part of a previous Chelsea Fringe, and there was a spread excitement about its return. Apparently it was only the second dog show in 800 years for the Garden!

The event was a great success and classes included Best Floral Outfit, Garden Agility, Best Junior Handler, Public’s Favourite and Best in Show. With over 70 dogs attending, the panel of judges had a hard job at marking the contenders! Andrea Brunsendorf, Head Gardener, was a lovely host and played an essential role in coordinating the pack. 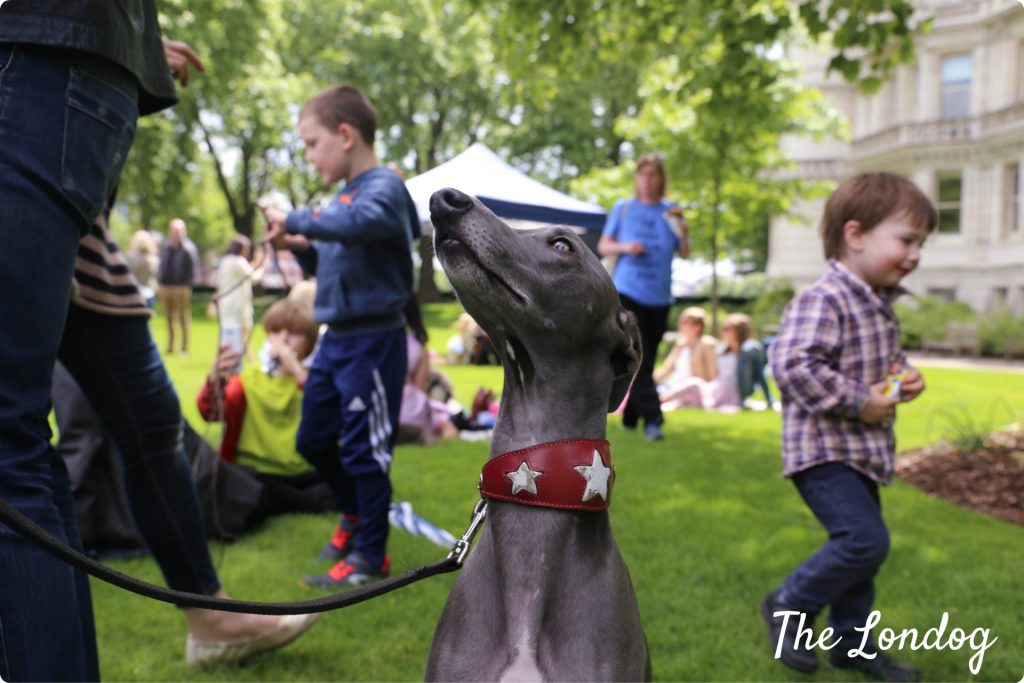 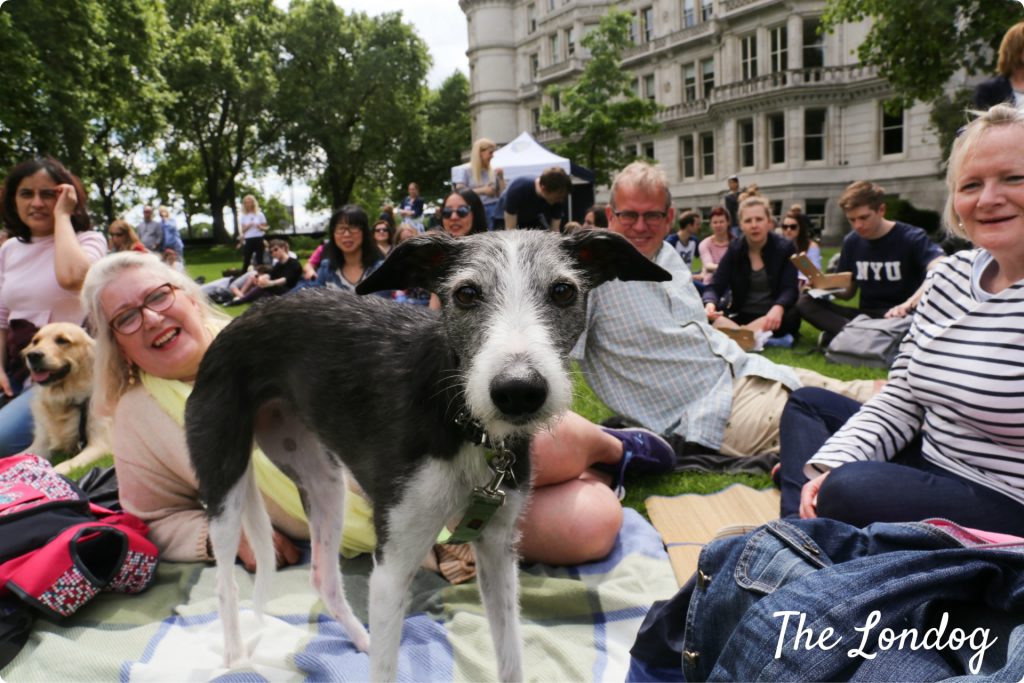 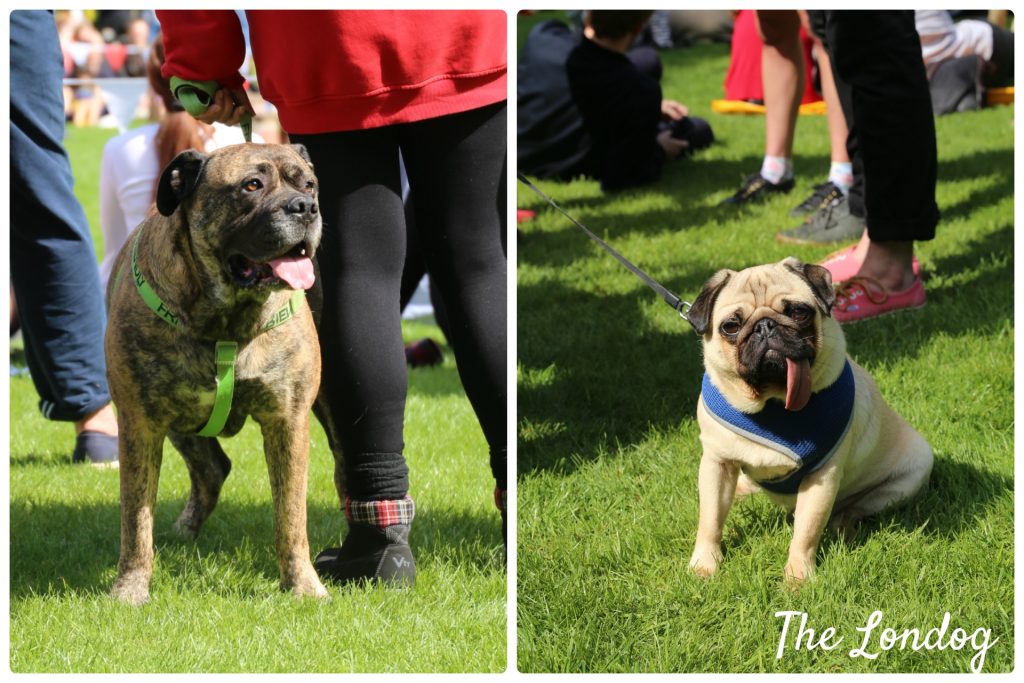 There were also two fantastic Police Dogs, Max and Billy, from the City of London Police, for a “pat and chat”, as well as a stand from the Guide Dogs for the Blind Association. The French crepes stand was also a big hit and nobody was really discouraged from the queue.

Gustavito, the Spanish rescue dog, won the Garden Agility class (no surprise having seen his skills at other fun dog shows!), while the Public’s Favourite first prize was awarded to Monty, the 11-month old brown Newfoundland. Monty, with his elegance and majesty cast his spell on everyone! 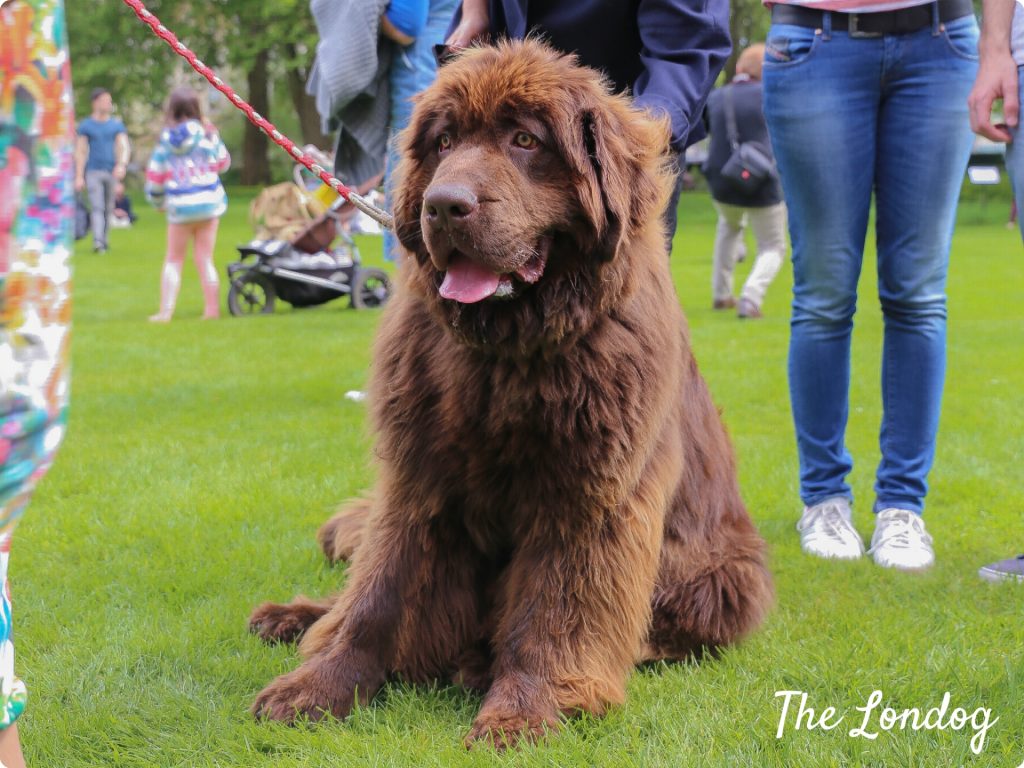 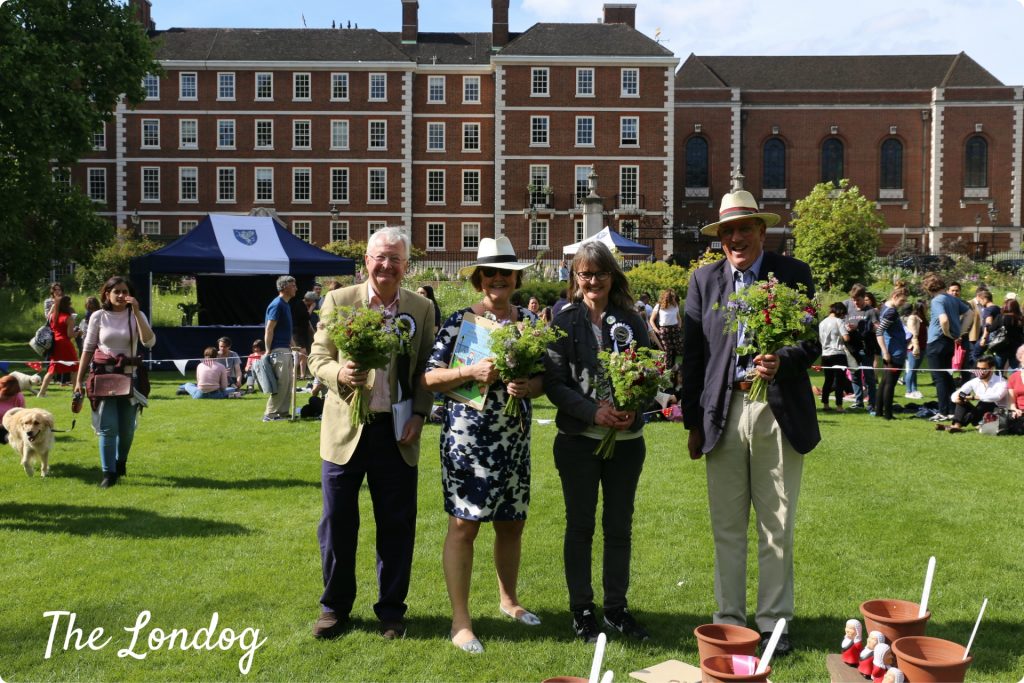 The Best Floral outfit category saw some very original costumes, including a sunflower matching theme, worn by Cedric the pug and his mummy.

Argo and I participated to the Garden Agility class. When our turn came, Argo saw my husband walking past the ring and started crying in despair… needless to say that I sunk through the floor (or, better, through the garden’s lawn)… but in the end my husband joined us in the ring and we could do this quite akward two-handlers-and-a-dog agility round. We were not surprised if we didn’t qualify, but we had a lot of fun! 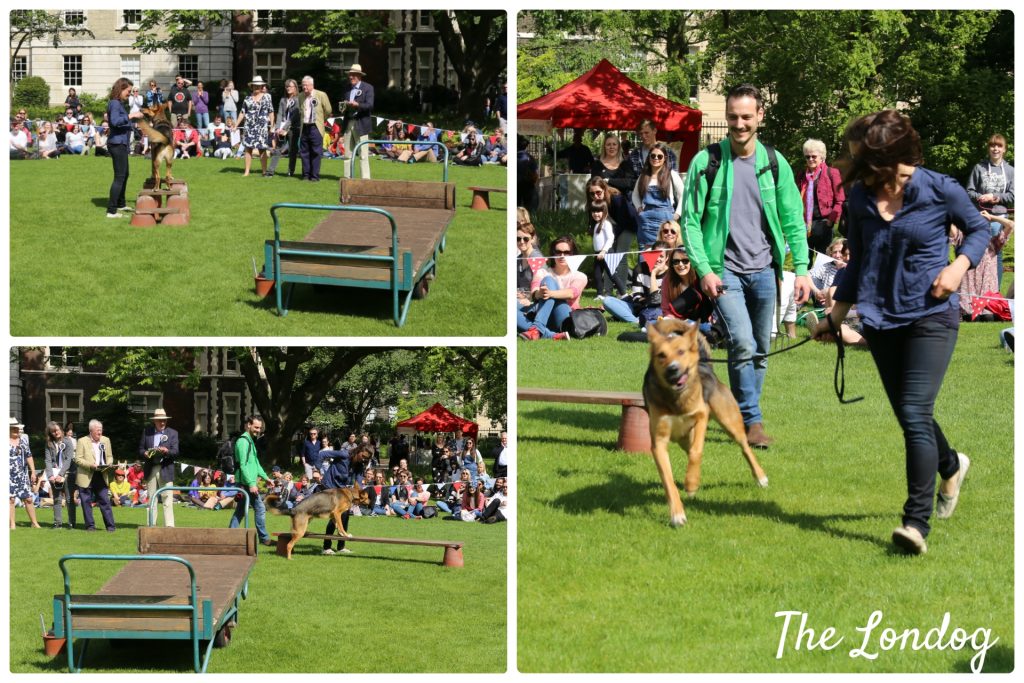 The ITG Dog Show proved very popular and I could not agree more with one of the judges who noted that this event was “very English”. I would say that this was probably the most English dog event we have ever attended.

We hope that a third edition of the dog show will be held soon and look forward to it! In the meantime, if you wish to enjoy the beauty of the Garden, you can pay it a visit between 12.30 and 3pm on weekdays, but, unfortunately, you will have to hold off bringing along your dog until the next dog event, since only residents’ dogs are allowed. 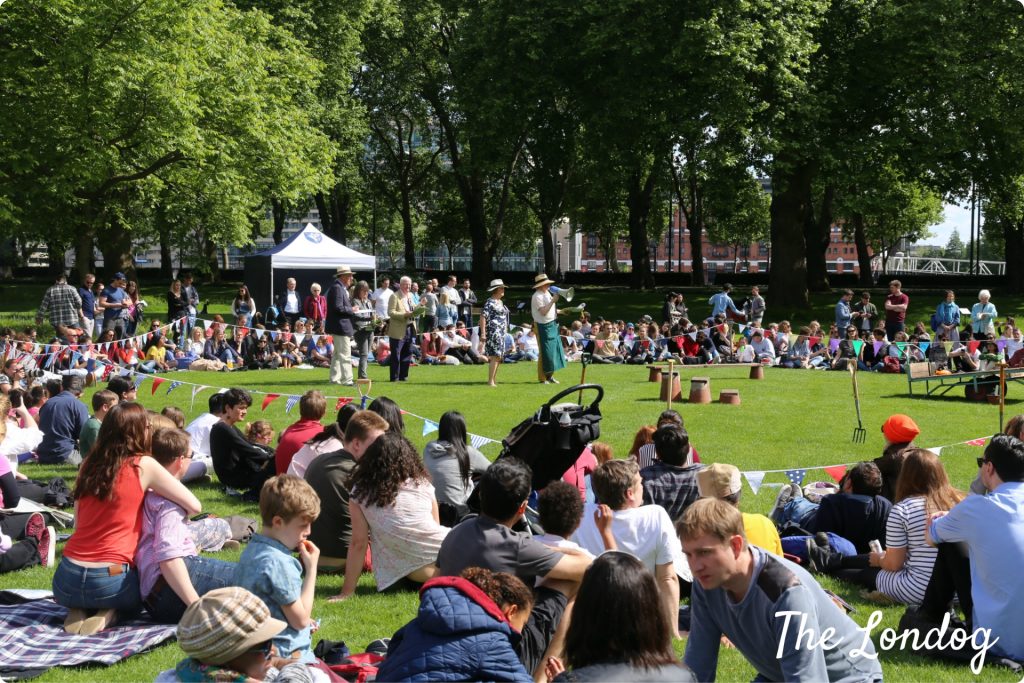 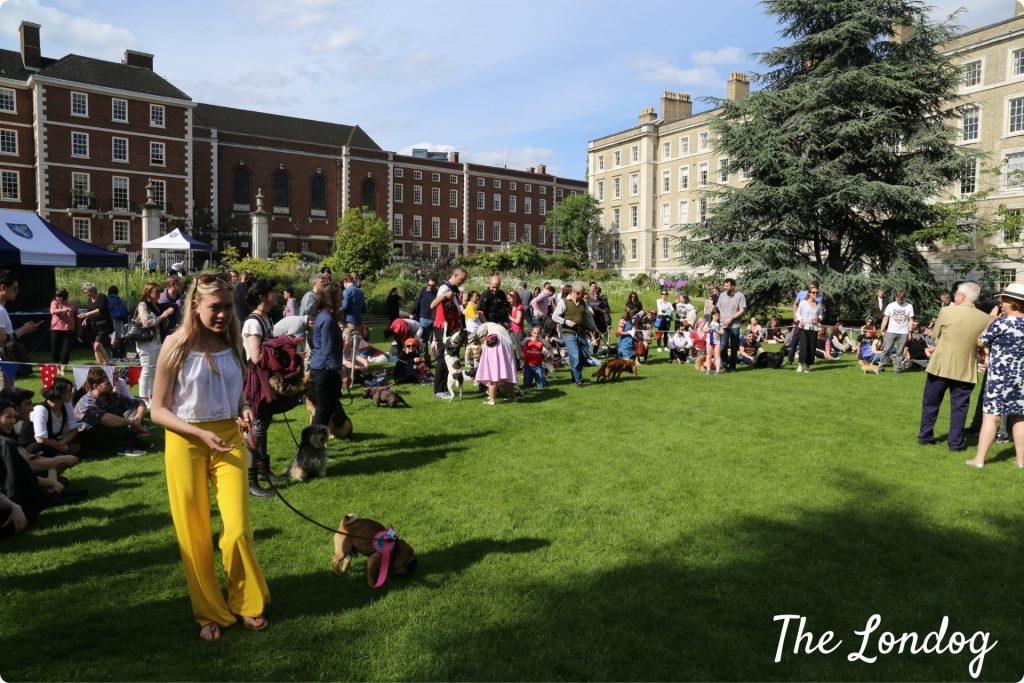 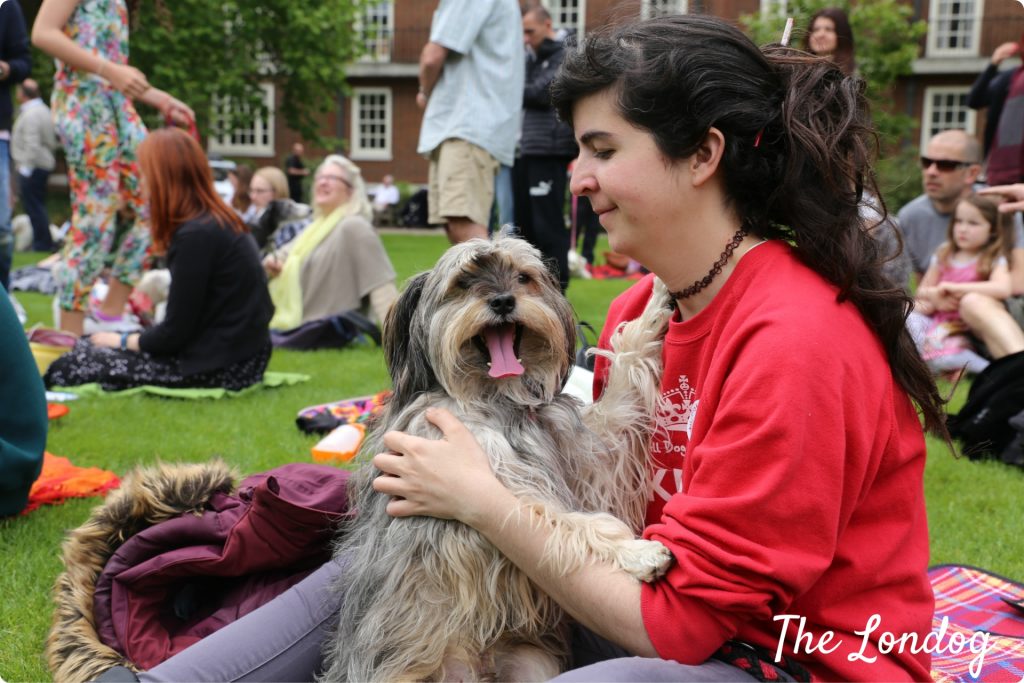 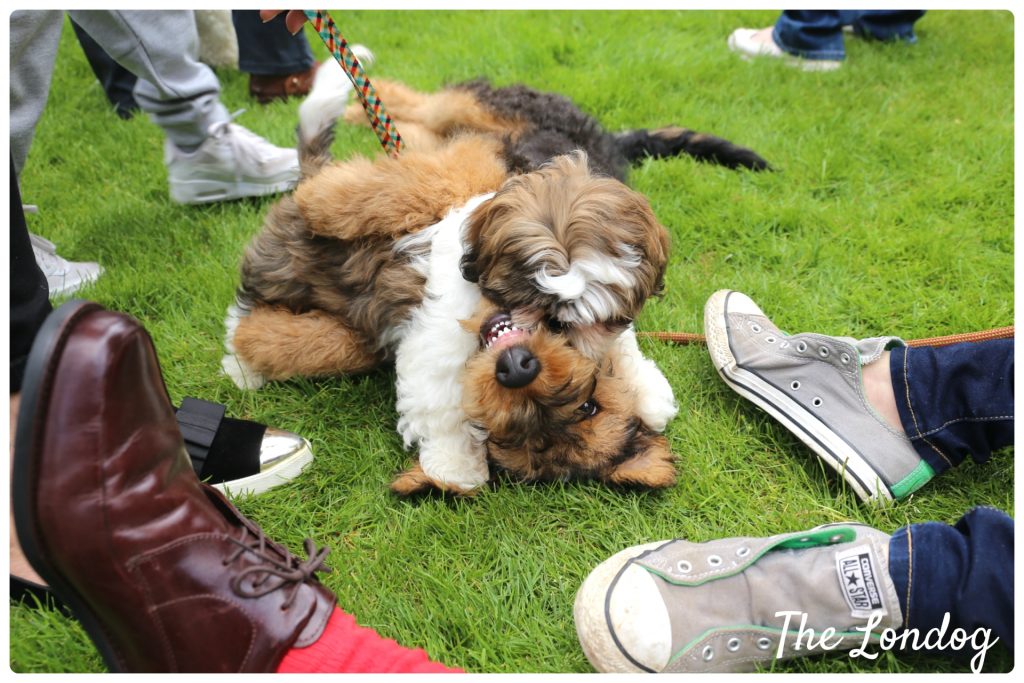 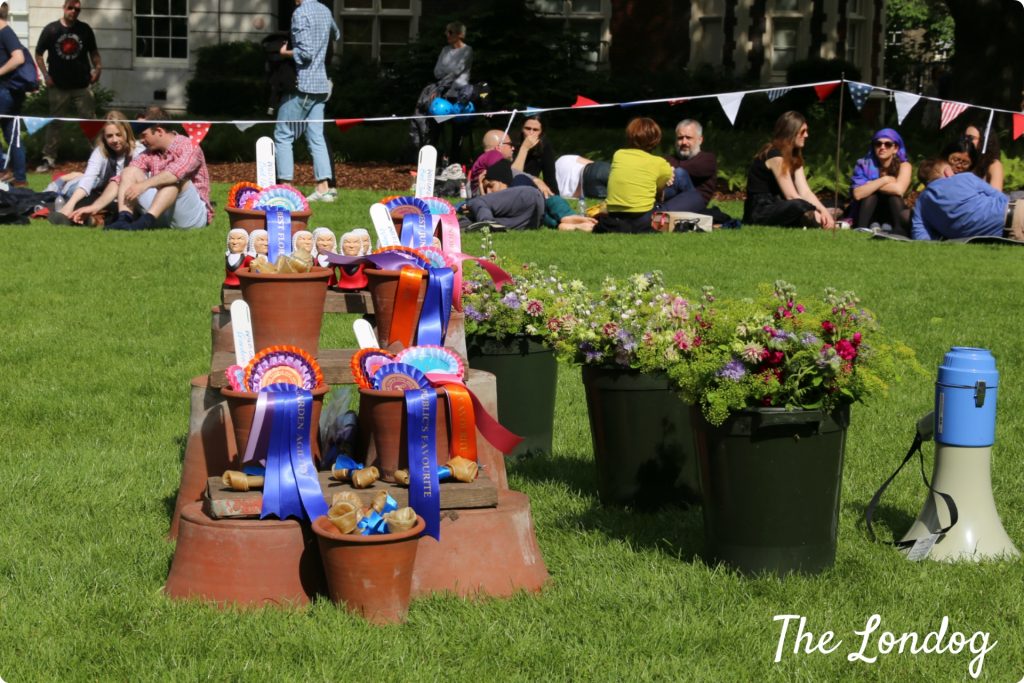 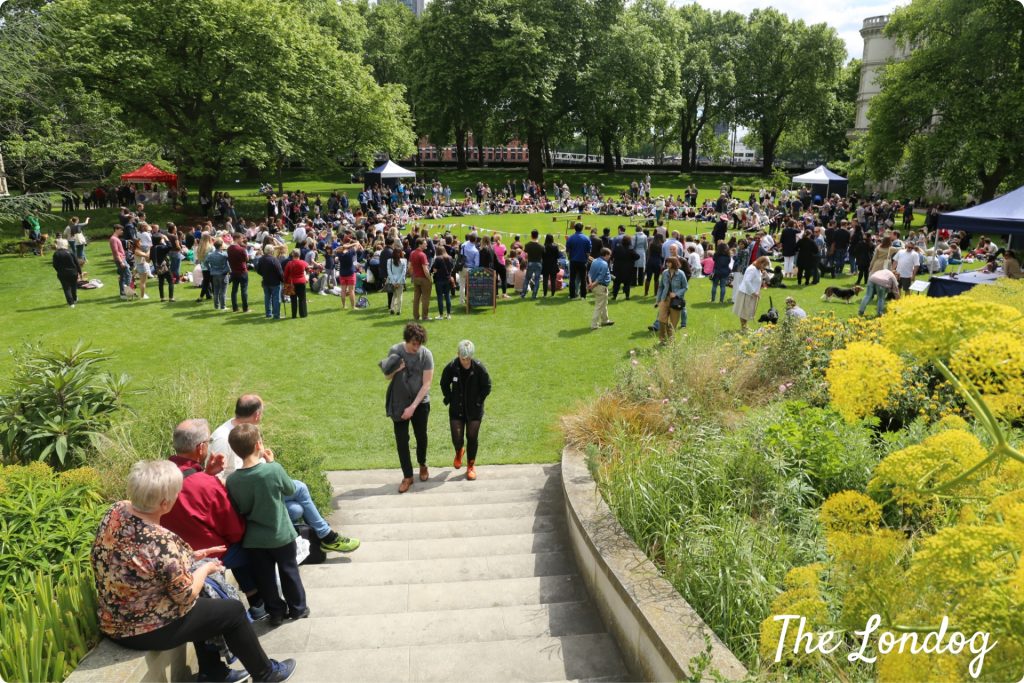 Photo credits: this time many of the photos were taken by my husband and I must thank Maria, Gustavito’s owener, for the pics of us during our Garden agility round.

For more fun dog events in London, check out our Dog Events Calendar