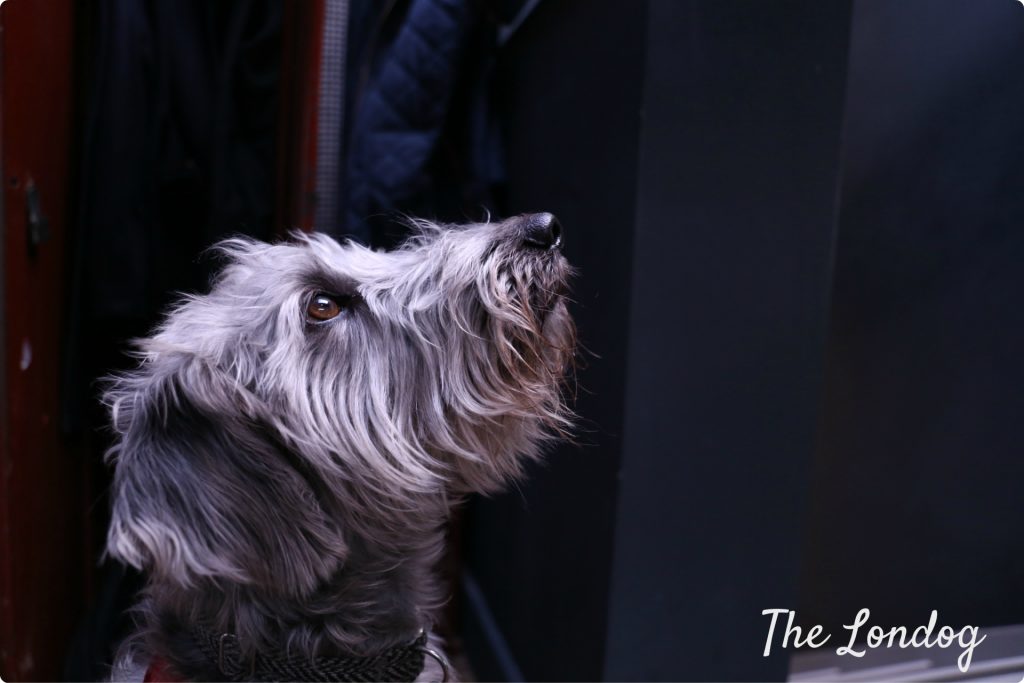 Meet Jarvis, the three year-old Bedlington-Whippet cross  studio dog at Design Bridge, an independent brand agency. He is the calmest dog on earth and, with his elegant and gracious manners, seems like having made his way out of a painting. Against the background of the splendid furnishings of Design Bridge’s offices, he is even more picturesque. 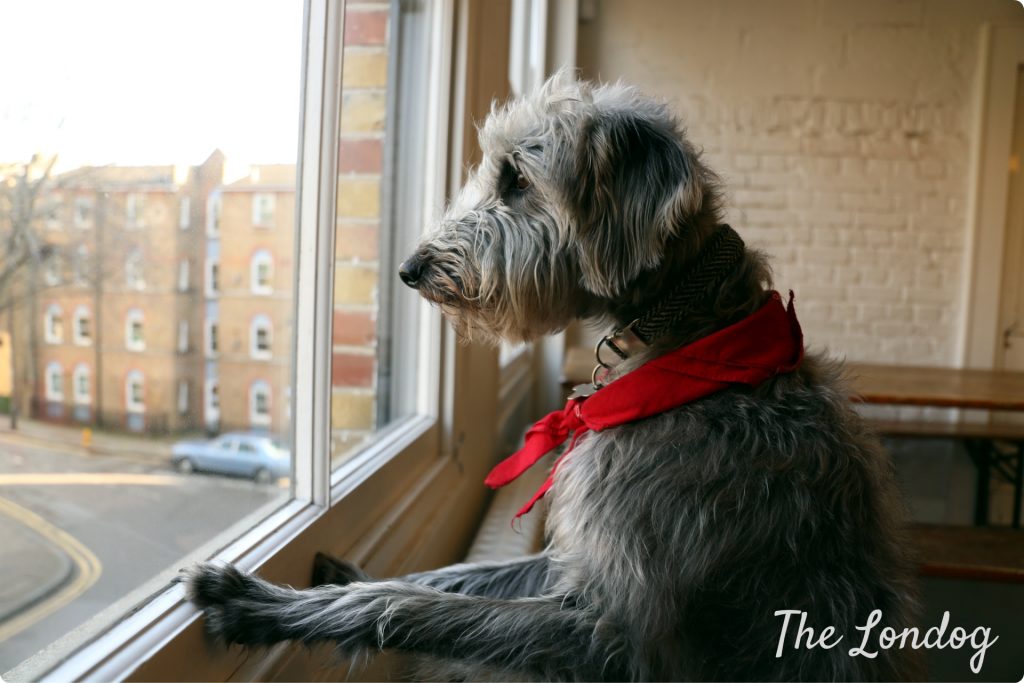 Jarvis has been joining his owner, Hayley, at the studio since he was 14 weeks old. She describes him as “long-legged and super scruffy. Jarvis, being fully grey, looks far wiser than his years. He’s a dog that’s not quite a dog, more human than canine. He has a super mundane outlook on life… until you get him into the park!”

He is known as Studio Dog at Design Bridge, but also goes by the name “Morrissey”, “for obvious (heaven knows he’s miserable now) reasons” said Hayley.

Jarvis is also known for… 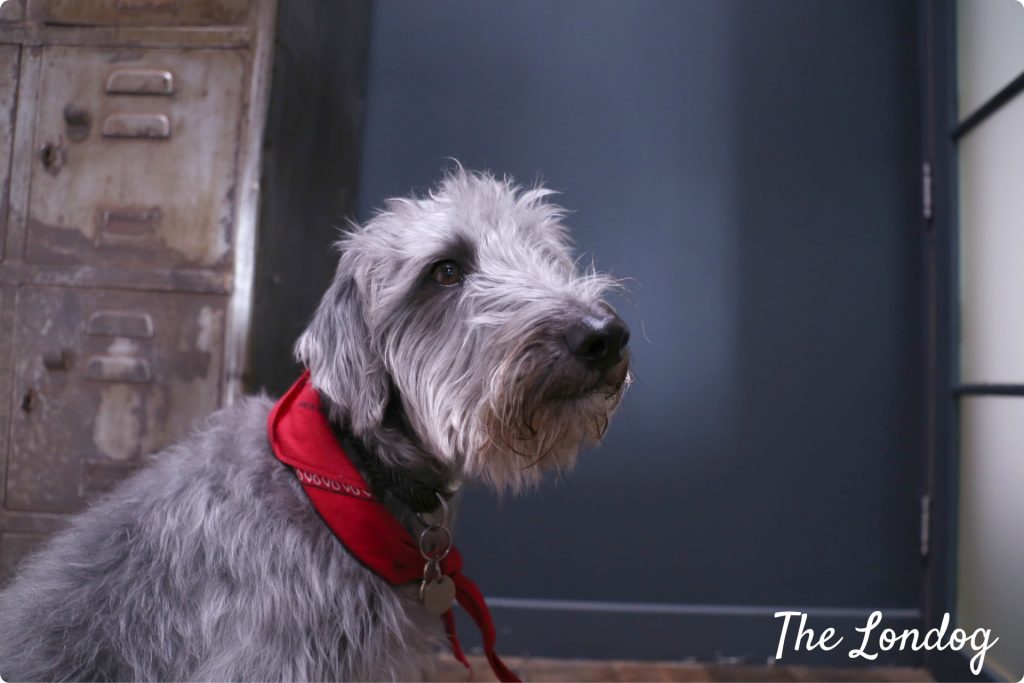 Hayley revealed that, when at the studio, Jarvis loves stealing the cardboard tubes from the stationery cupboard, and laying right in the way of everyone so they have to give him a stroke as they go past. “Standing like a human at the window is another one of his favourite pastimes – he loves to watch the world go by”, she added.

In addition, he seems to particularly enjoy the comfort of sofas – there are many on the studio’s various floors -. It is funny to see the contortioned positions he can get into and how hard it can be to persuade him to get down or have a stroll when he is chilling out.

“Jarvis has a tendency to wander off around the building, and I often find him in one of the big bosses offices, lounging on the sofa. He’s much braver than most of us!”, Hayley confided. 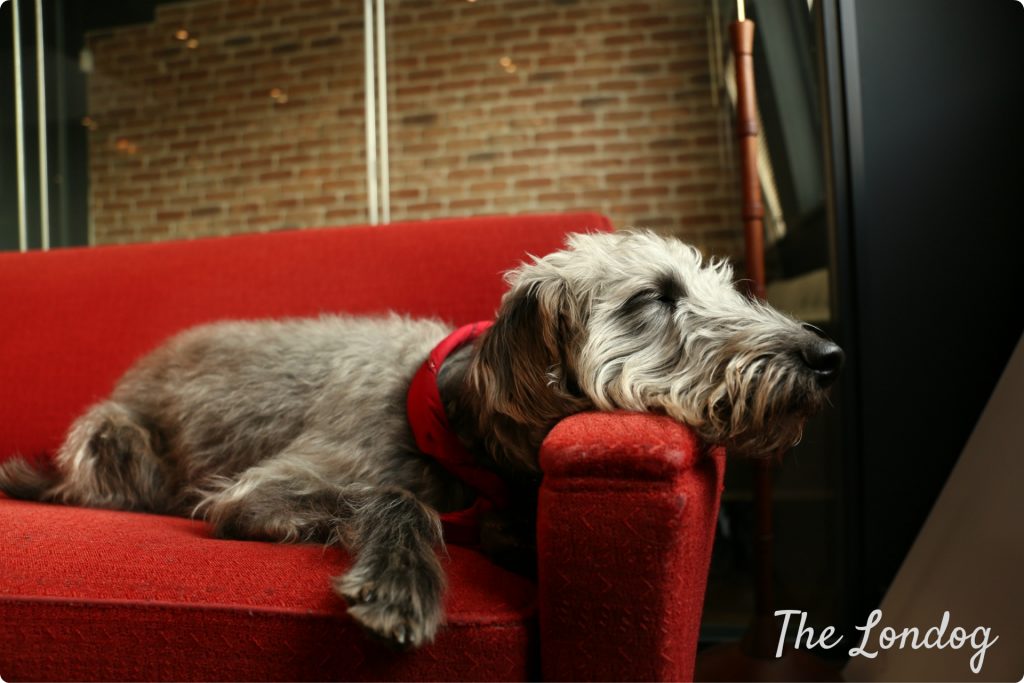 Among the perks of having Jarvis around, Hayley mentioned that he always manages to make them smile, “It’s amazing what a little stroke of a scruffy dog does to you when you’re feeling a little stressed or uninspired – he’s a very important member of the team. Plus he’s always a big hit with visiting clients and people coming in for job interviews”, she said.

“His calm nature rubs off on all of us” added Hayley. “He watches us all being busy and decides to do the exact opposite! “ 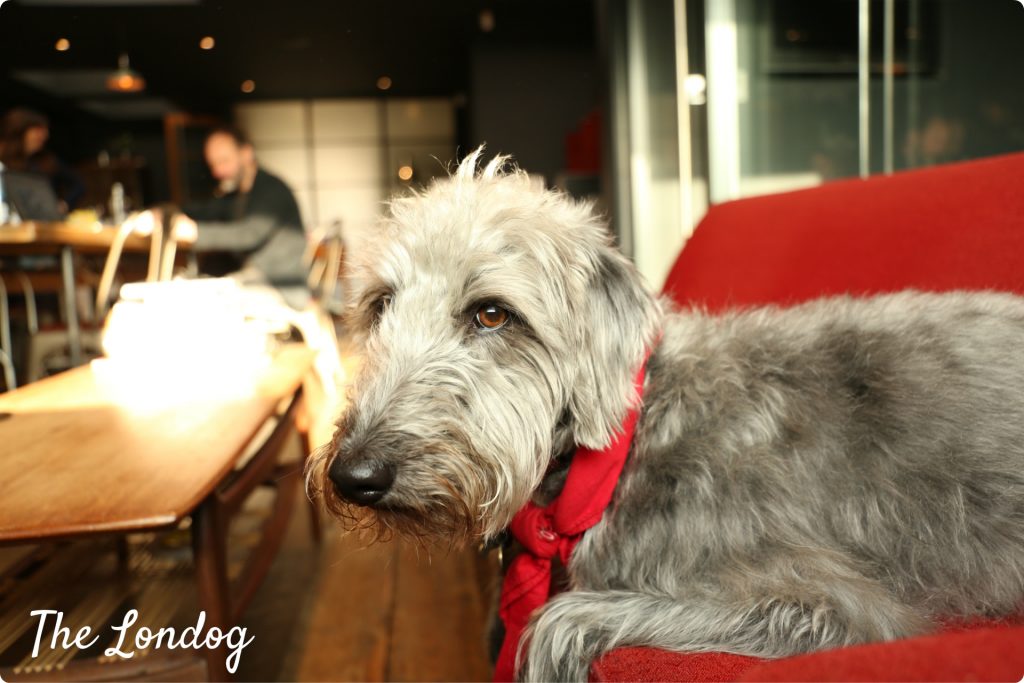 Indeed, Jarvis is incredibly placid. During my visit I was quite impressed from the start, when I saw Jarvis standing at the bottom of a  stairwell and – thinking it was a perfect shot – after opening my bag, grabbing my camera and doing some test shots, I found him in the very same position and was able to take a photo of him as I imagined it. Basically the dream dog-model for any photographer!

Hayley confirmed that he is a very willing model, “so he often gets roped into film and photo shoots. I’ve lost track of the amount of times he’s appeared on our website and Instagram! I should start charging appearance fees…”. I consider myself lucky I had the chance to  arrange the photo shoot before, then! 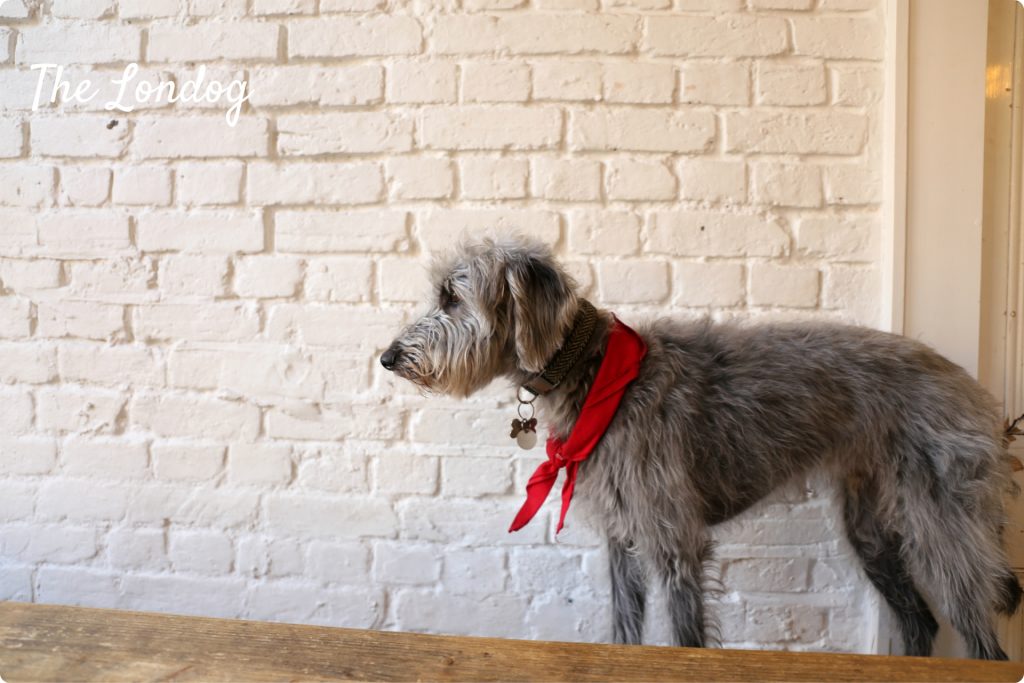 Design Bridge’s culture embraces canine companions. Jarvis can take the credit for having started this tradition.

“Pre-Jarvis, we didn’t really have dogs at Design Bridge. I was desperate to get a dog, but I didn’t like the idea of leaving him at home all day, so the only possible way was if he came to work with me. I also thought that it would be a great idea to have a canine companion in the studio. So I put the idea forward and, after a little bit of deliberation, Design Bridge said yes! So that’s when my hunt for the right hound dog for me (and all of us at Design Bridge) began”, recounted Hayley. 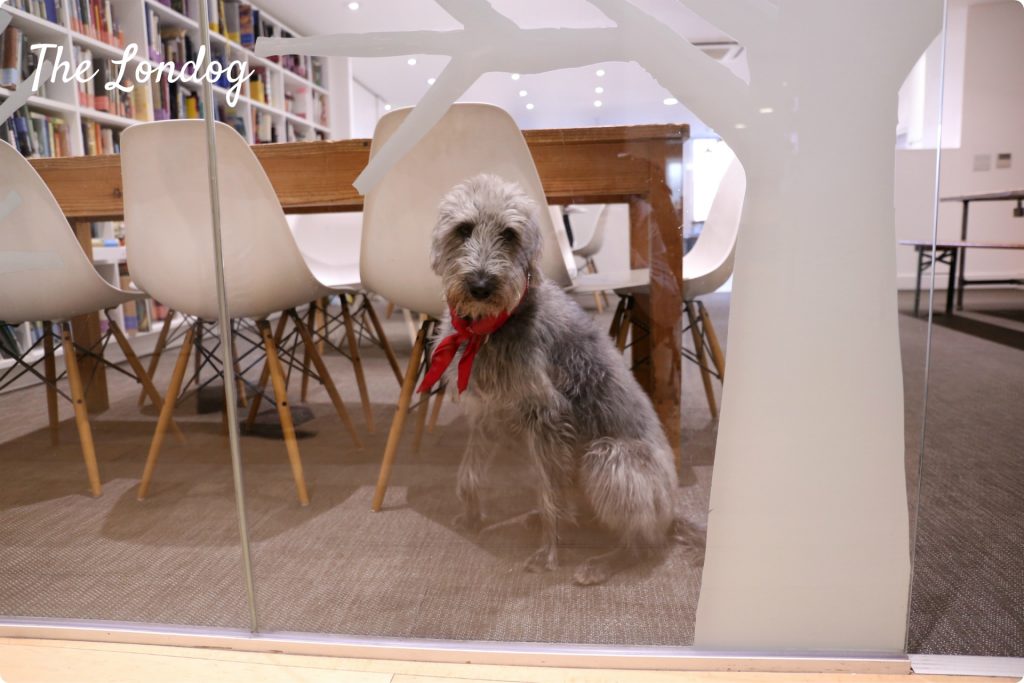 Today, there are a few other furry employees joining office life at Design Bridge’s London, Amsterdam and Singapore studios. There is Bridie in Amsterdam, Bella in Singapore and “Freelance Dogs” Buddy and Loki in London. You can even find their profile photos featured on Design Bridge’s website.

“I suspect it’s only a matter of time before the team in New York recruits one, too…”, concluded Hayley. Well, we can look forward to see the next addition to the dog team! 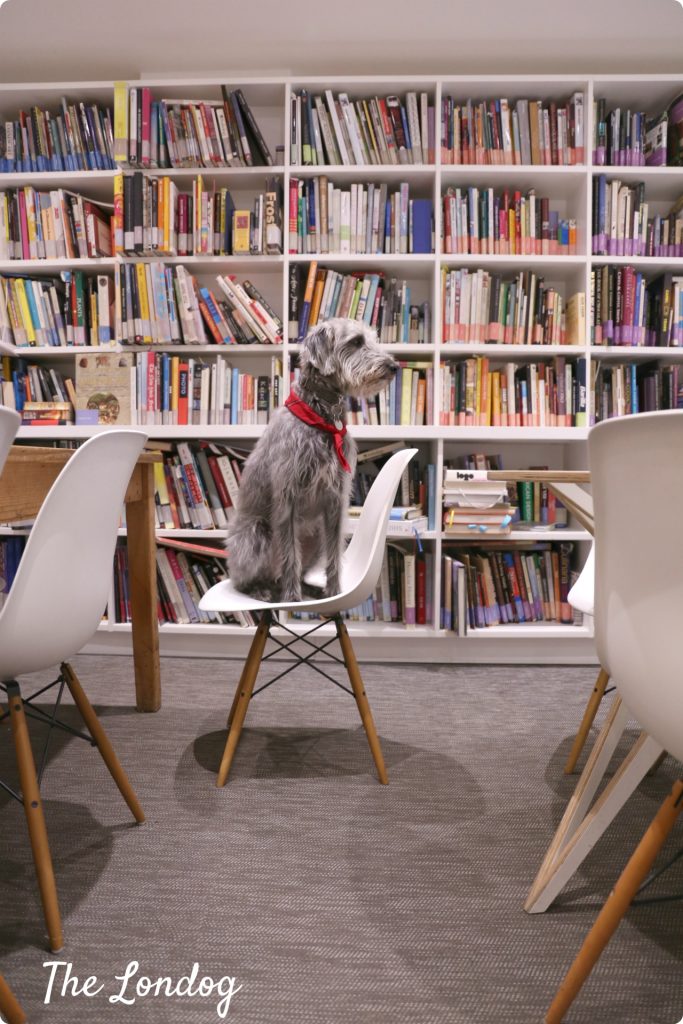