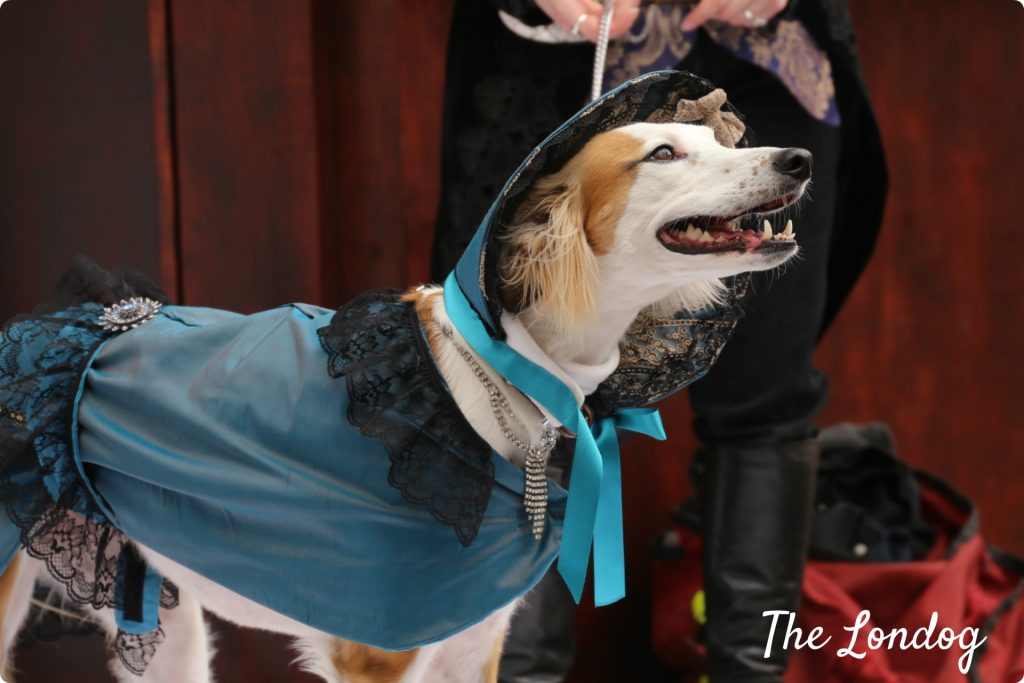 It’s Sci-Fi-London Film Festival week and who said that humans deserve all the fun?! Sci-Fi-London, Dogstar Photo and Doug’s Dogs teamed up and organised the fourth edition of Sci-Fido, the dog cosplay! This year it was held at Juju’s Bar, in the Old Truman Brewery, and was a wonderful day for the greatest dogs in the galaxy! 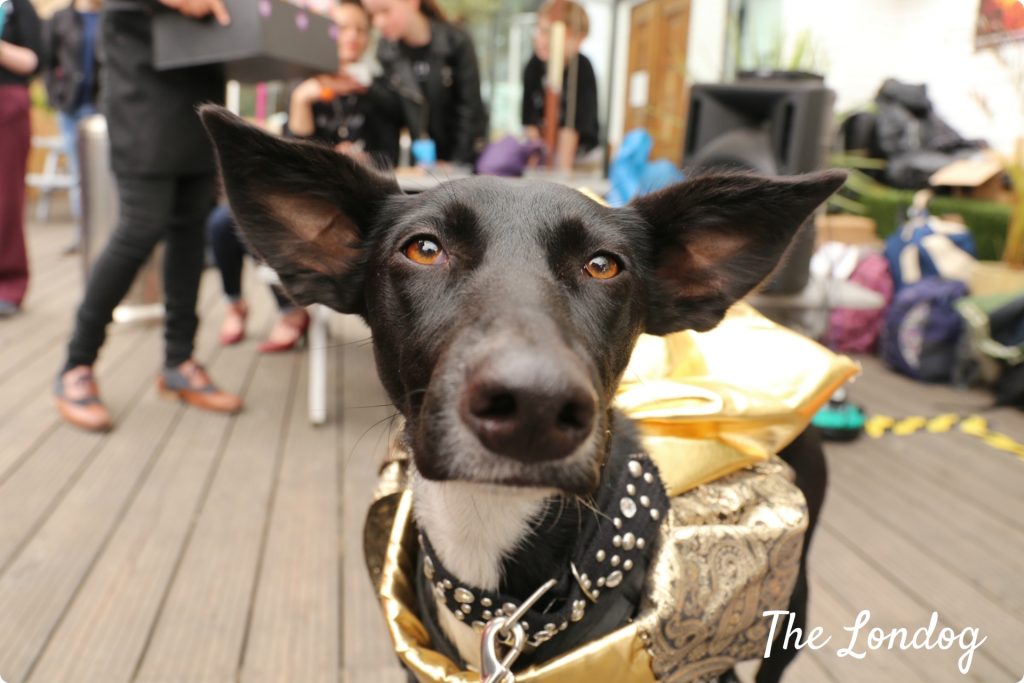 It was Spiders from Mars costume for Olive, the rescue Podenco from Spain. She was a bit shy, but definetely enjoyed the treats that came along with the photos! 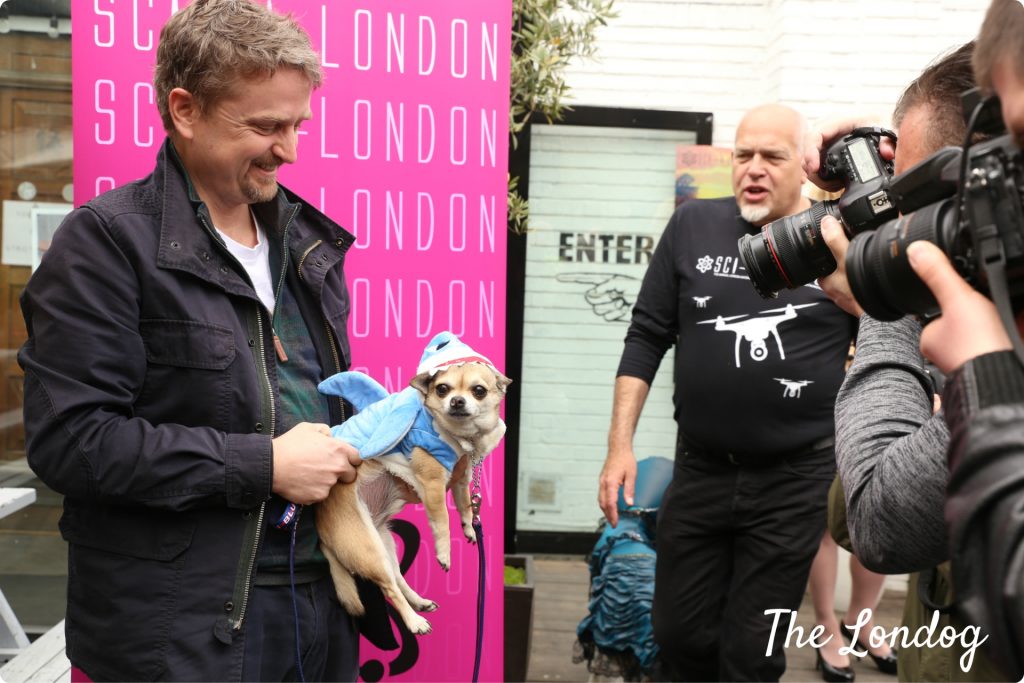 Little OJ (Oliver junior) picked a shark costume, in perfect Jaws style. During the show somebody pointed out that in Croatian the name for shark is “sea-dog” – and in Italian it is “fish-dog” I would add! -, so what better match than this! 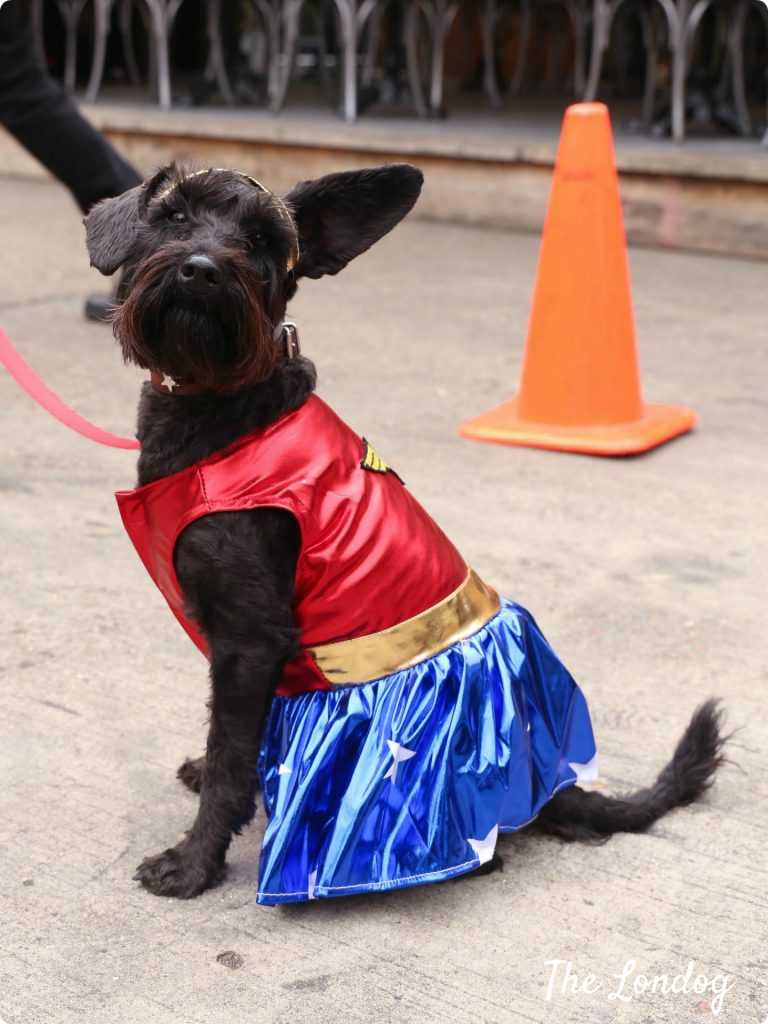 Martha the super cute Schnoodle (Schnauzer cross Poodle) dressed up as Wonder Woman. She got perfectly into character and showed one of her super powers flying from one to the other’s arms. Possibly the most cuddled pup at the show. 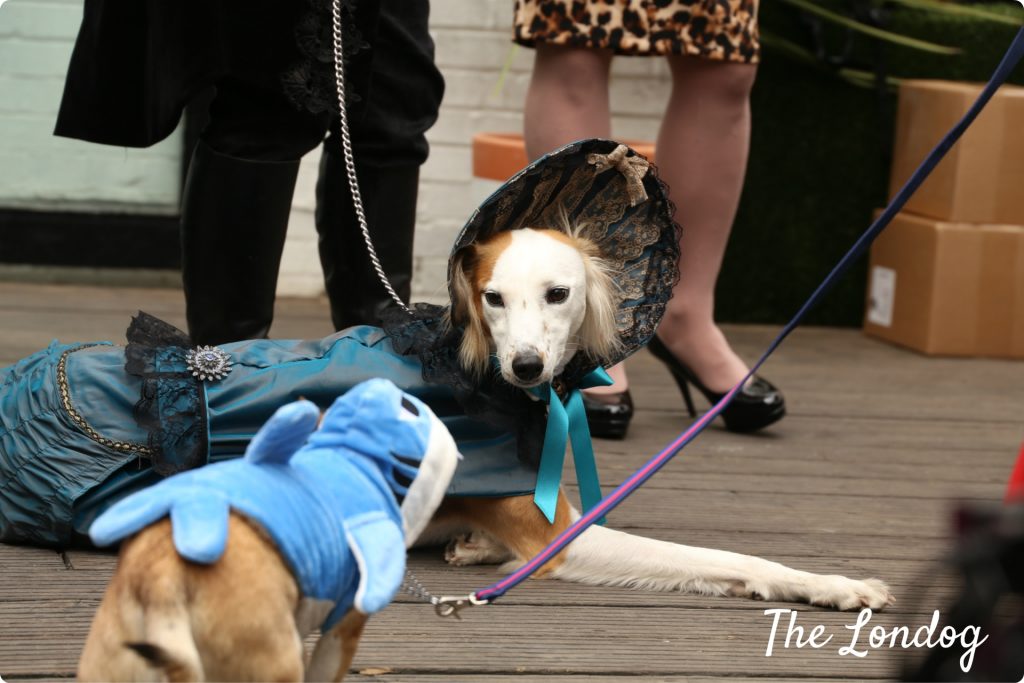 Arda the Saluki Greyhound cross, embodied Claudia from Interview with the Vampire. Her mum, being a keen cosplayer, sewed for her a breath-taking dress, complete of lace and glamorous fabric and jewelry… Of course she dressed up as well – as vampire Lestat – and showed off her vampire’s canines!

Gustavito, the rescue from Spain, who I met at many previous dog events, as always was a little star, thanks to his great tricks and the good ideas of his human. This time he charmed everyone acting as Doctor Who and showing off his 3D glasses and suitcase, while holding his sonic screwdriver! 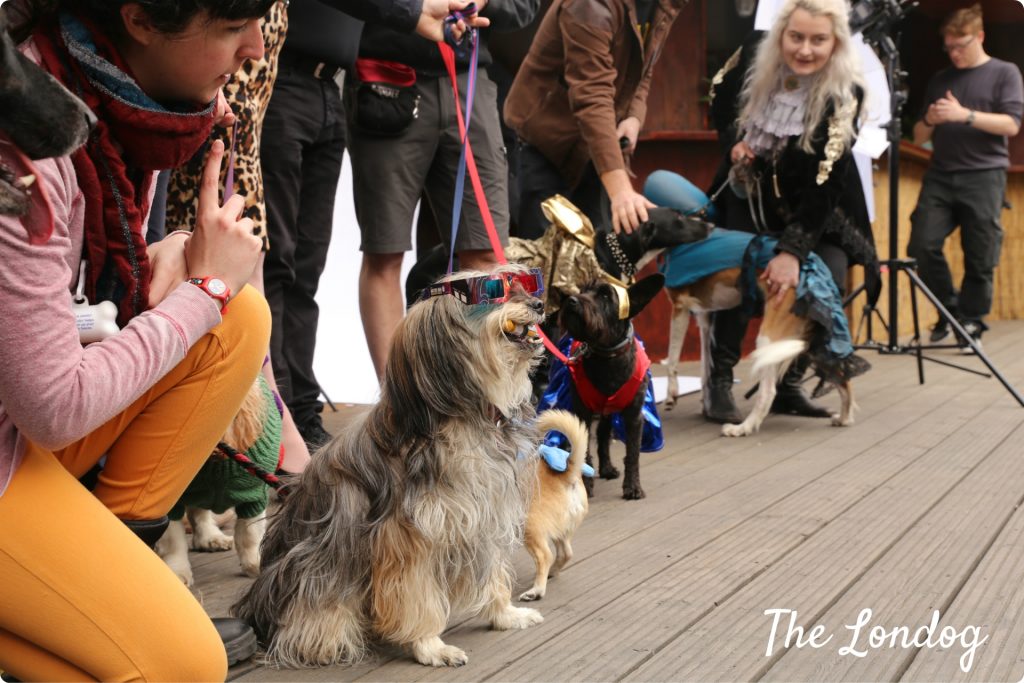 Ned, who is in search for a forever home with All Dog Matters, choose an Ewok disguise. He loves other dogs and people and with his sweet eyes he won everyone’s hearts. We wish him to find his special somebody who will give him all the love he deserves soon, could it be you? Photos coming on our Facebook page!

Finally Dashy the rescue chavalier from All Dog Matters played little dinosaur (or better dog-a-saur) with a lovely hand-knitted jumper!

There was also a little public of dogs who chose not to wear a costume for the occasion, but supported their pals from the parterre. The show also aimed at raising funds for dog charity All Dogs Matter. 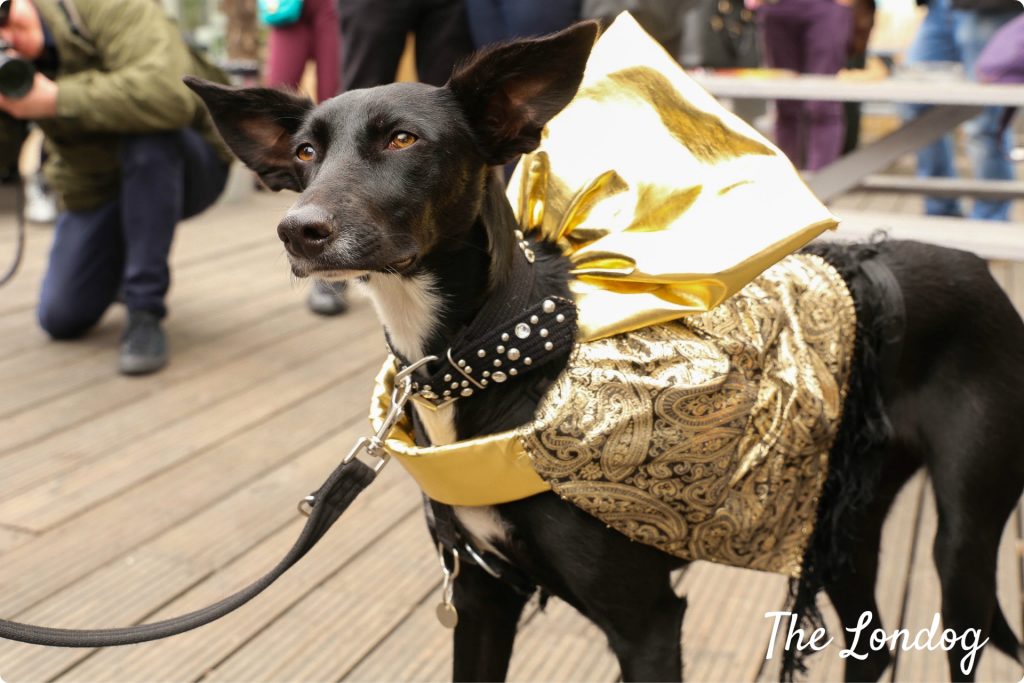 1st Place | Claudia from Interview with the Vampire 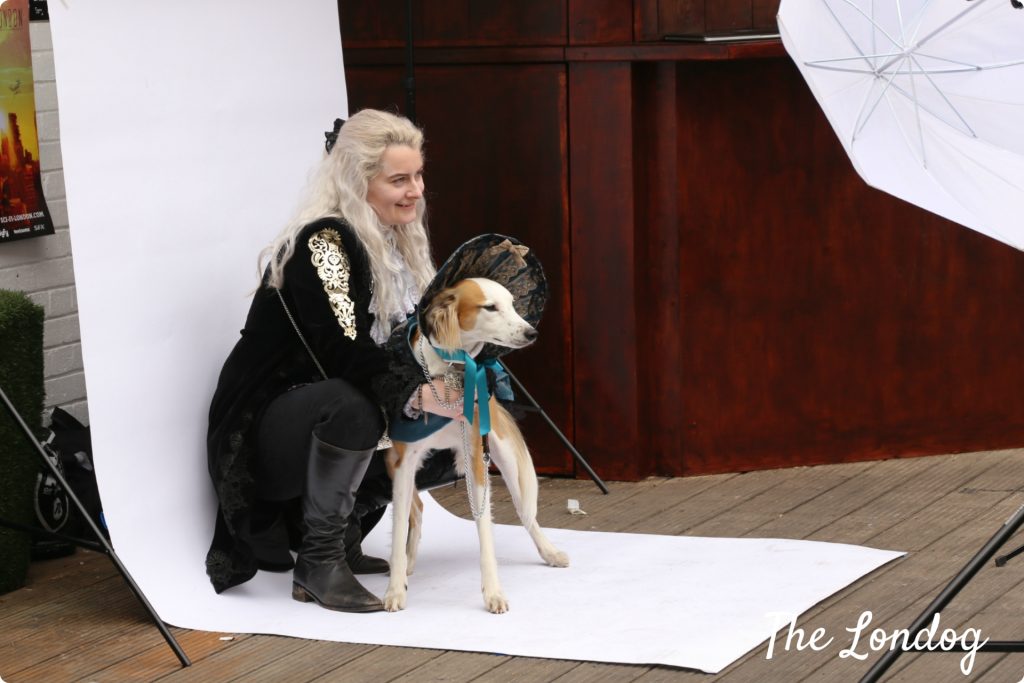 The first place went to the very elegant Claudia-Arda and vampire Lestat from Interview with the vampire. As soon as she got paws on her first prize she decided to unwrap it herself. A few bites and digging into the box later, she managed to take out her precious Growlee tag and helped herself with treats which she eagerly unpacked and ate on the spot. 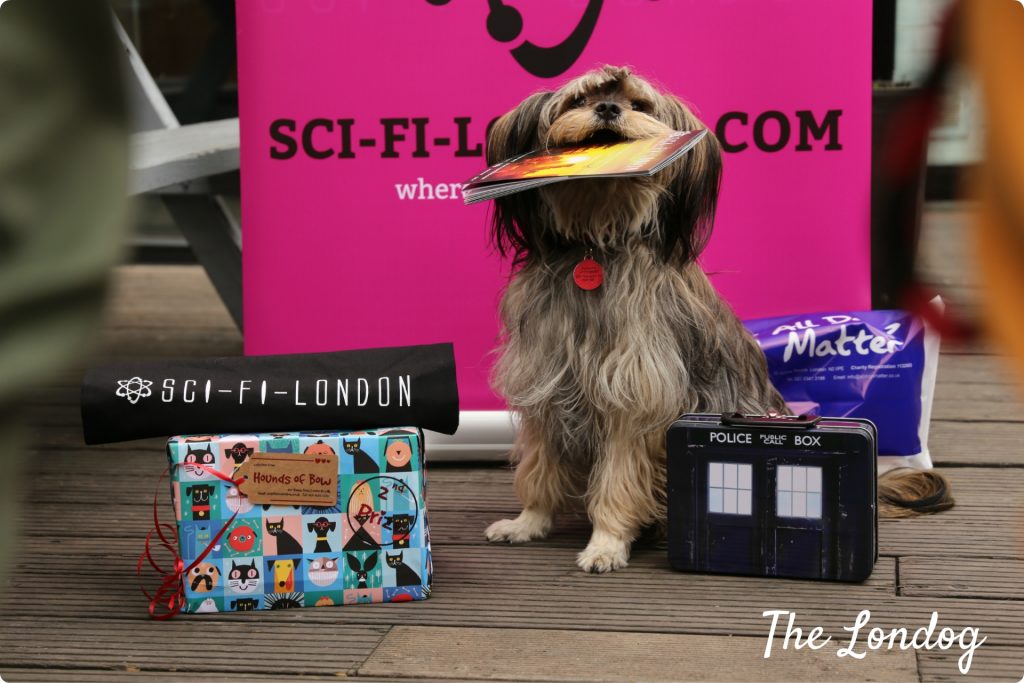 Gus won the second place and he was over the moon! After travelling in time that sounded a fair recognition to him and proudly showed his prices. 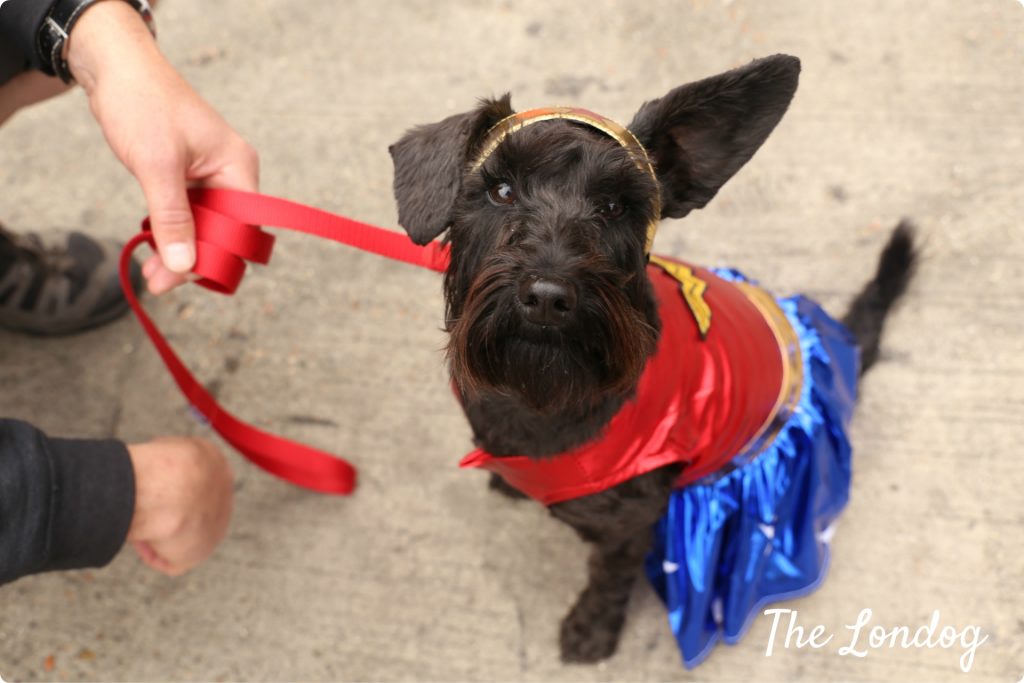 Martha-Wonder Woman got the Third place with her remarkable outfit, complete of tiara and star matching collar!

More photos from the Sci-Fido on The Londog’s Facebook page!

Find out about the next dog events in London on our Dog Events Calendar.