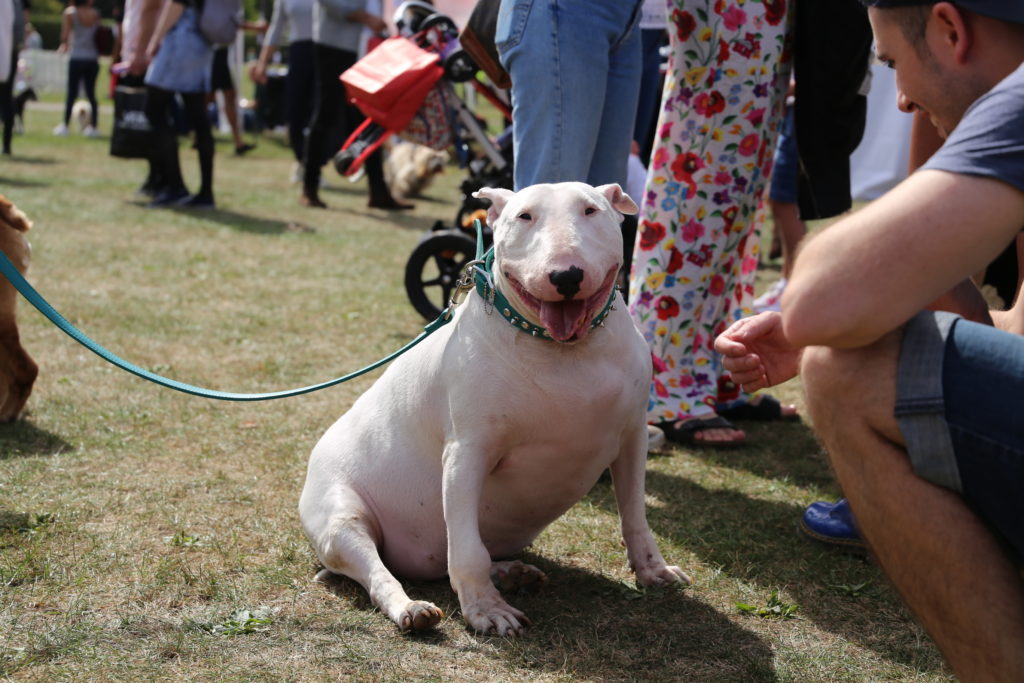 On Saturday 3 September, in Primrose Hill there was a great buzz for the Pup Aid 2016: the latest edition of a dog show started in 2009 by veterinary surgeon Marc Abraham (also known as ‘Marc the Vet’), which aims to raise awareness about the cruel practice of puppy farming.

“PupAid started as I was treating sick, dying puppies in my vet practice that had been bought by unsuspecting clients from a licenced (legal) puppy farm dealer that was buying them in from a licensed (legal) puppy farm; so decided this third party trade was responsible and started the campaign to end puppy farming”, said vet Marc Abraham, replying to the question about how it all started.

“At the beginning it was a small fun dog show in Brighton judged by local personalities; since then PupAid’s secured a 3 hour debate in Parliament after collecting over 100,000 signatures on a Government e-petition, had a guitar signed by rock stars and auctioned to raise money for rescue dogs, and of course our high profile fun dog show has moved to London’s Primrose Hill with support from celebs, politicians, numerous brands and organisations, and of course the dog-loving public!”, concluded Marc. 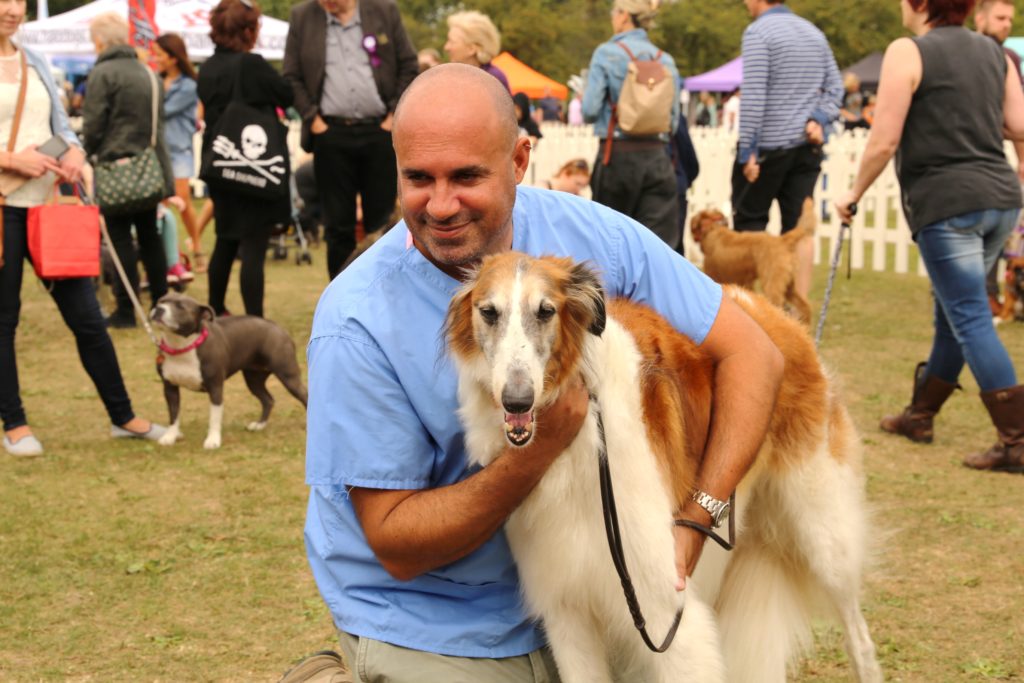 Marc the Vet with a wonderful Borzoi (his favourite breed, he says!)

But what is puppy farming? To use the words of Pup Aid, this practice consists in “the mass commercial production of puppies purely for profit and without a thought for the welfare or happiness of the pup, breeding bitch or stud dogs”.

According to the Battersea Dogs & Cats Home, of the 560,000 puppies born every year in Great Britain, less than 12% come from a licensed dog breeder (see their report Licensed Dog Breeding in Great Britain – Battersea Breeding Report 2015 and their blog post here). The Kennel Club warns (links to youtube video by the KC, also shared by Pup Aid) that the possession of a licence does not ensure that the breeder maintains welfare standards in breeding.

Dogs employed in puppy mills are usually kept in unhealthy conditions, and in dark and restricted spaces; irresponsible breeding has also serious implications for the health of the puppies, many of which die in the first months of life.

To break the chain and help cutting on puppy farming DO NOT buy puppies from puppy mills. You can choose a responsible breeder or adopt a rescue dog instead. A list of DOs and DON’Ts for ensuring that you do not buy from puppy farmers is available on Pup Aid’s website.

To gain more information about puppy mills, you can refer to a number of reports, briefings and documentaries. Just to mention a few, in 2016 the BBC broadcast Britain’s Puppy Dealers Exposed (on BBC One, which you can watch on BBC iPlayer from the link provided) which investigated into the muddy world of cruel dog breeding. Another documentary, The Dog Factory, was earlier filmed by BBC Scotland and last broadcast in May 2015 (the full documentary is currently unavailable, but the trailer can be watched here). 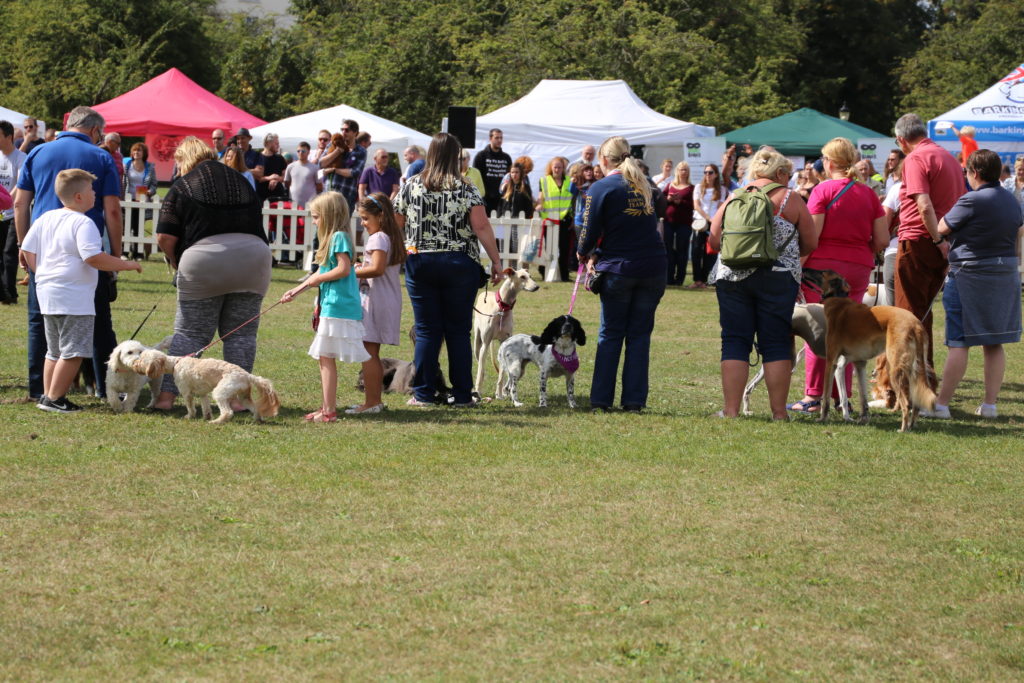 The Pup Aid 2016 saw an extraordinary concentration of celebrities, dogs and owners, dog charities and photographers, united against puppy farming. It truly seemed one of the most covered dog events of the year.

So many great pictures of the show can be found in the web (on Twitter #PupAid2016), that – among the hundreds of photos I took – I found worth sharing the ones representing the most peculiar or sweet scenes I stumbled upon during the event.

As a photo assistant, I took Argo the dog with me. He was very happy to meet and greet so many furry and not-furry friends and, whilst at times he – literally – made a good support for my camera, he also made some quite hitchcockian cameos in pictures where he was not meant to be included – some of those are quite funny, I must say -. In other occasions, I lost some good shots, but it was all amply repaid by the joy of having him around enjoying the day! 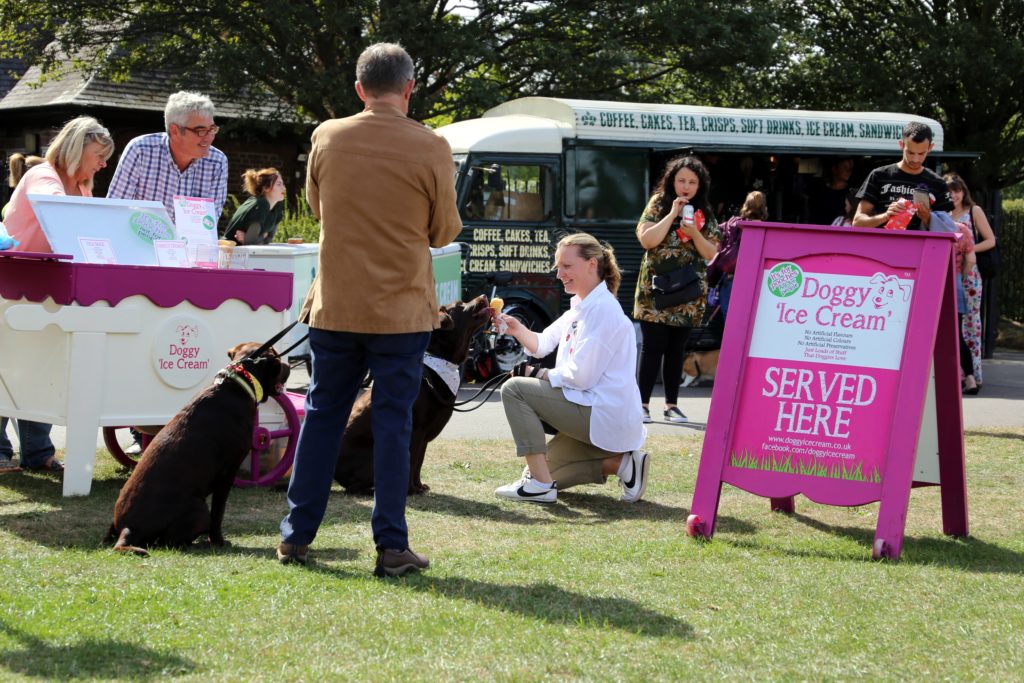 Of the series I don’t care about diamonds, “Ice-creams are forever”, the best doggy ice-cream proposal ever. 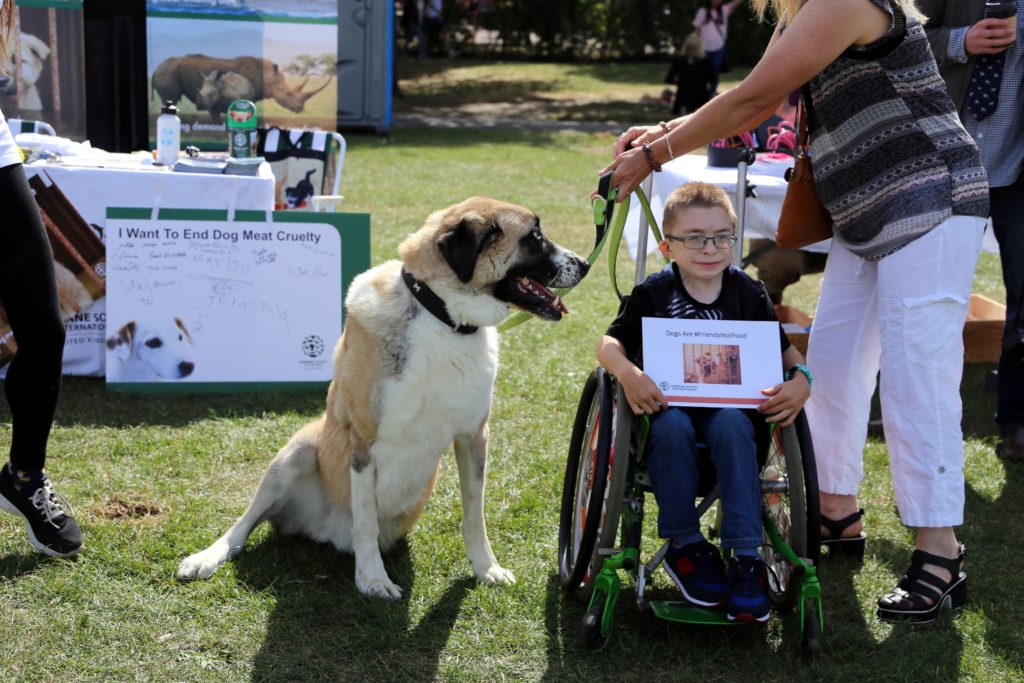 Owen and Haatchi (who today won the 2016 Daily Mirror Animal Hero Awards as Caring Animal of the year), posing in support of the end of dog meat cruelty. 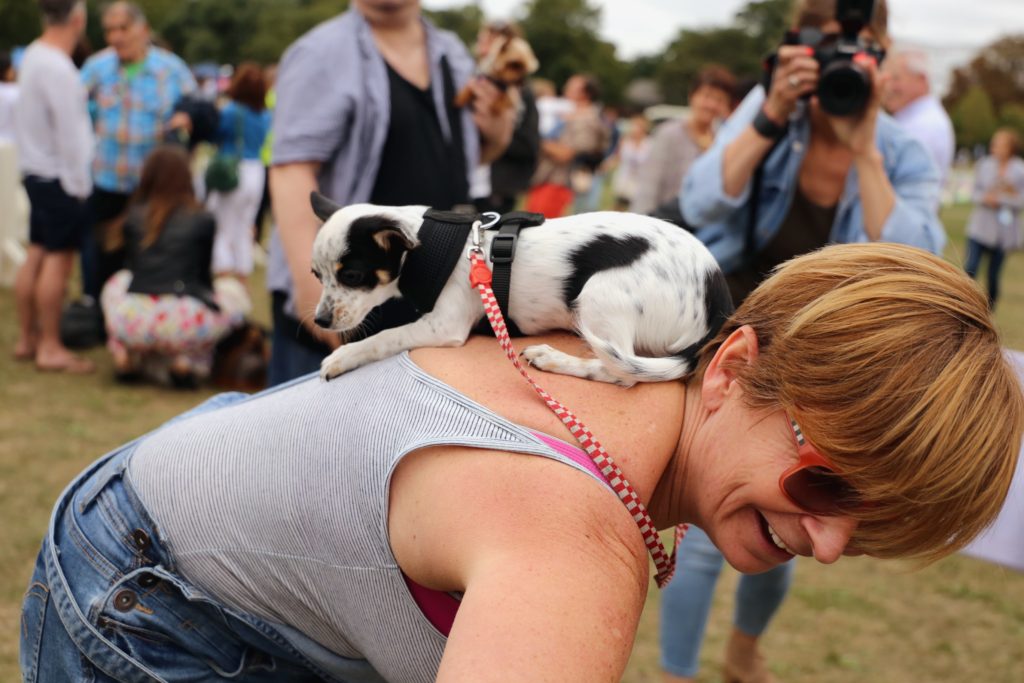 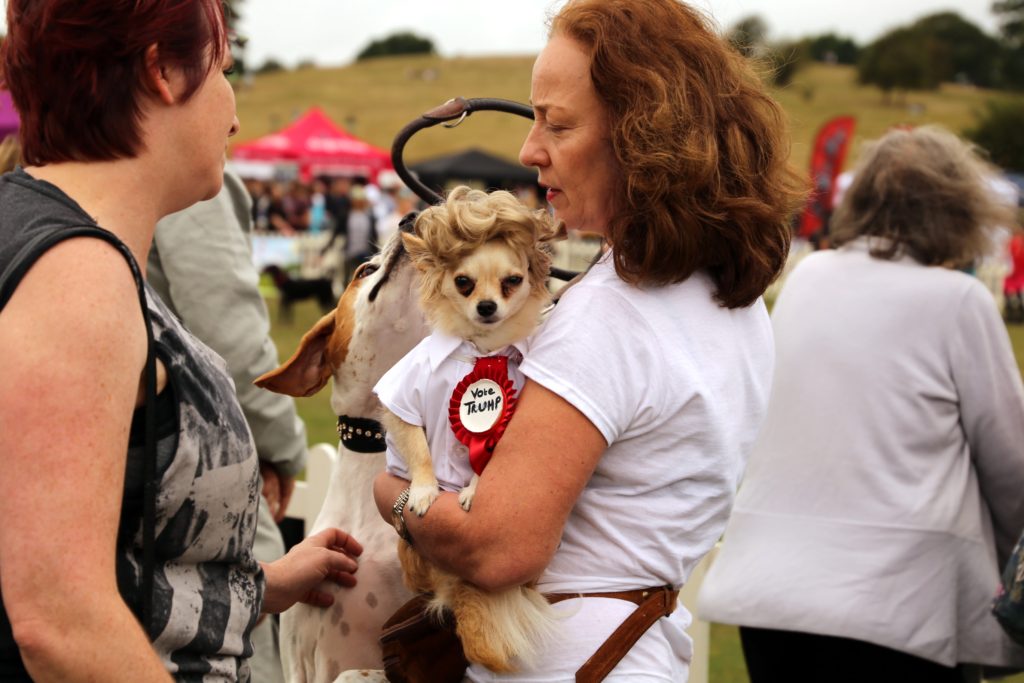 Olly, staring at us in a serious Trump disguise. 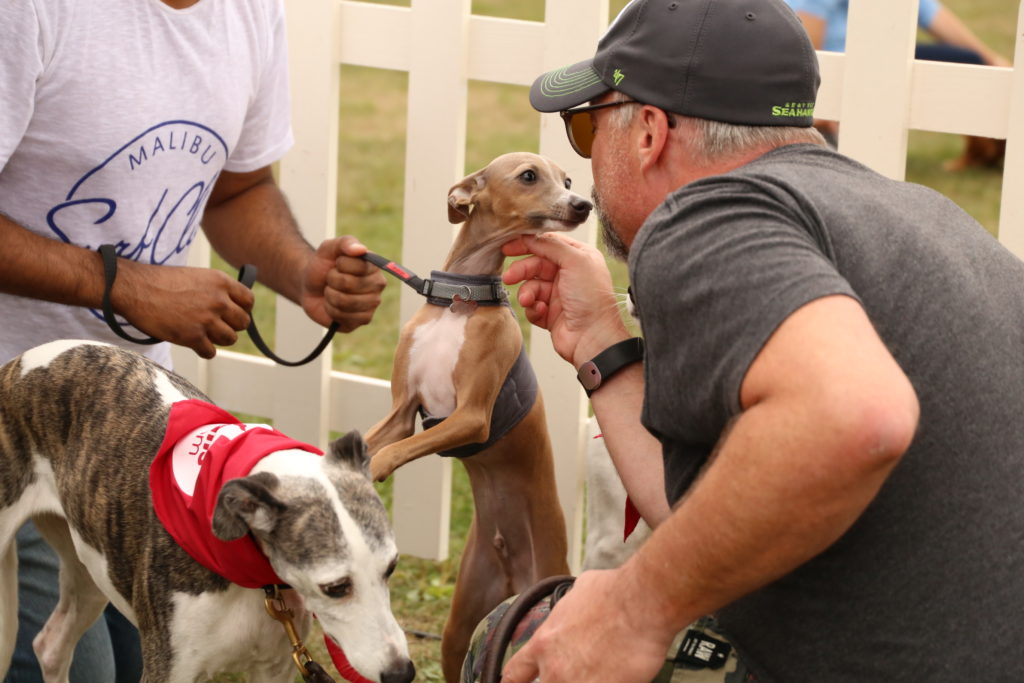 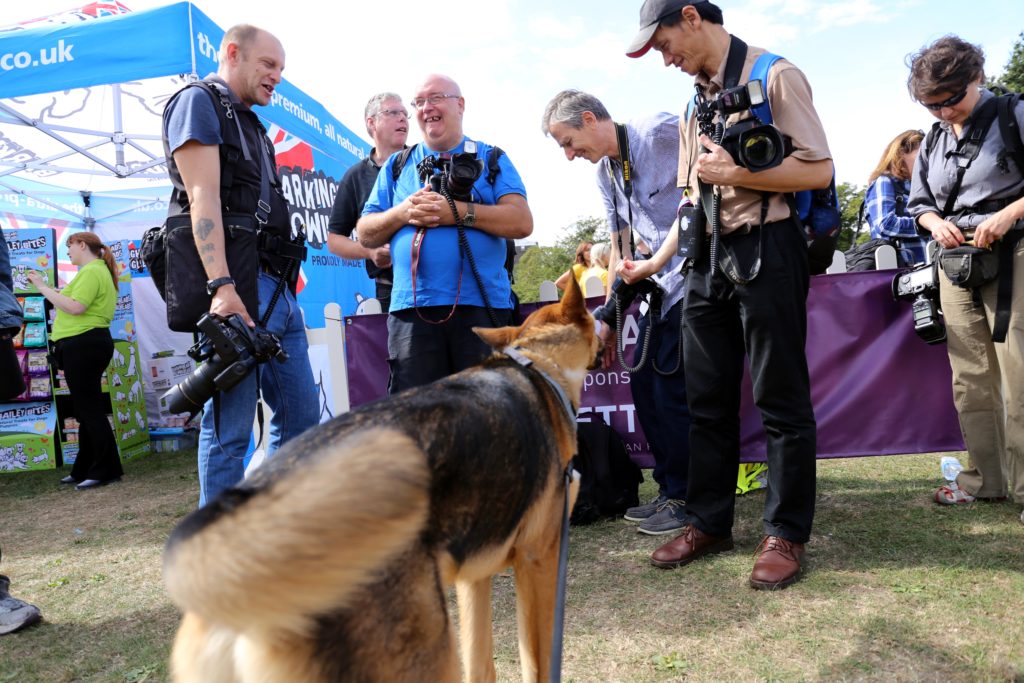 Argo with some of the photographers.

You can see more pictures from the event on The Londog’s Facebook page.

Thanks Pup Aid! See you next year! 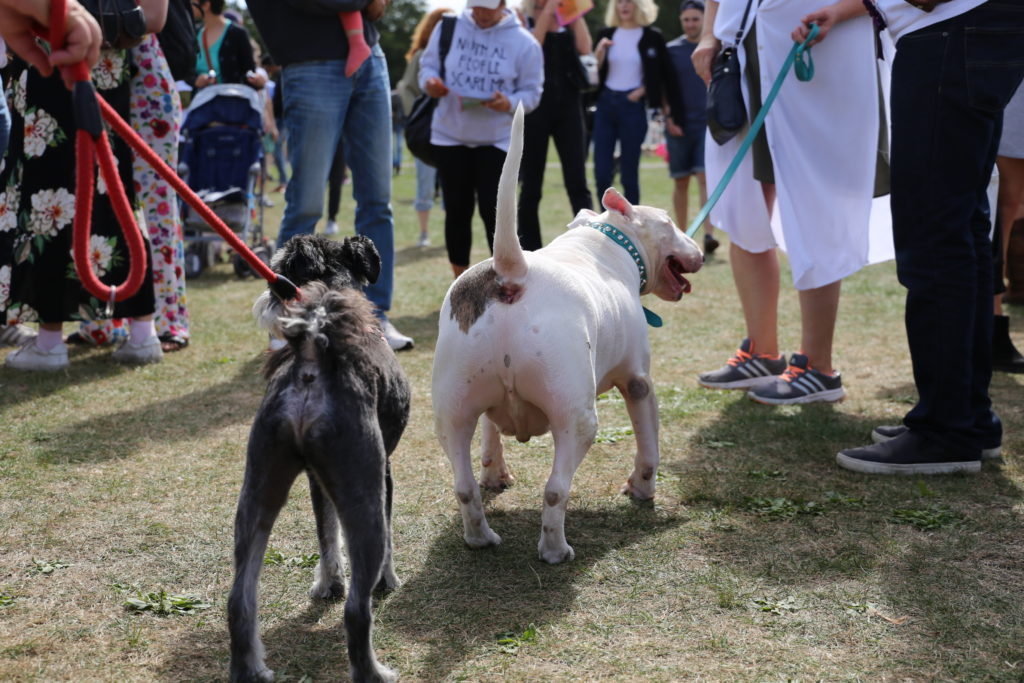 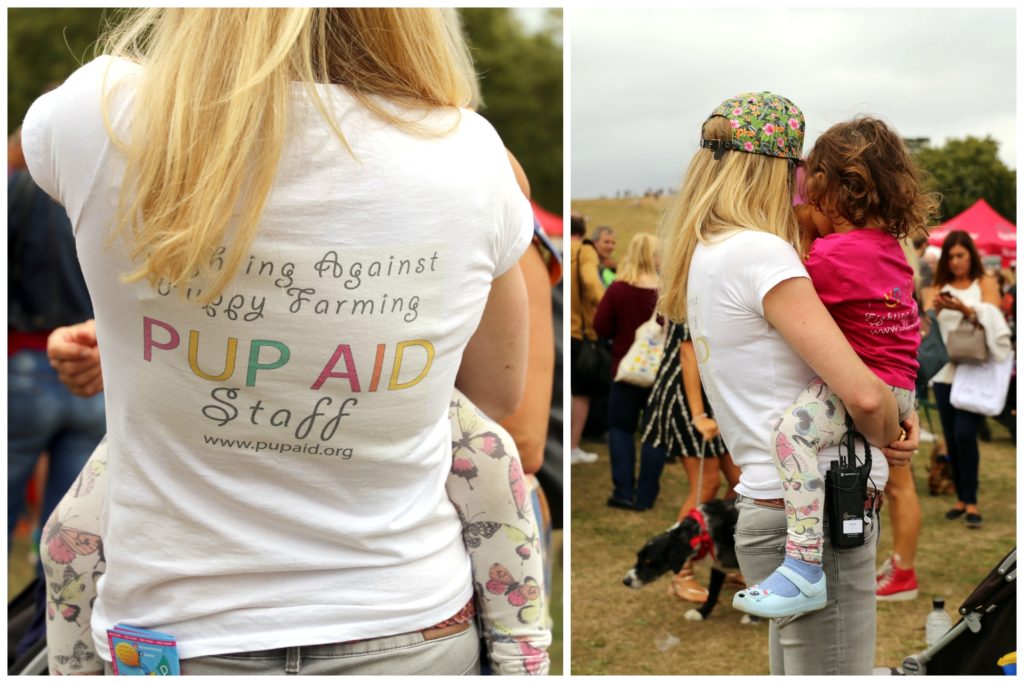