#LondogsFurJobs: Postal Museum’s VaCatcy (& why cats shouldn’t have it all) 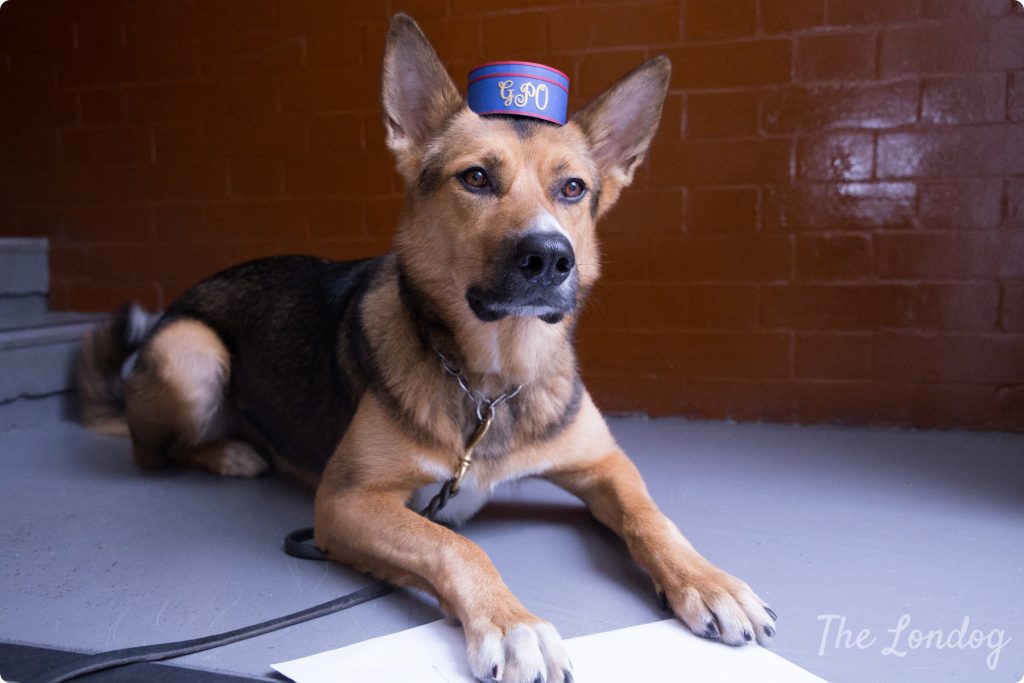 In August this year, the Postal Museum announced a “Vacatcy Postal Museum Puss“: they were in search for 12 volunteer cat mousers to take up the role until September 2018, in honour of Tibs the Great, the last great Post Office cat. The ongoing selection is held monthly and opened to all willing felines… but we thought, what about dogs? We strongly felt that equal opportunities needed to be restored, so this is our response!

While canine jobs seem to have gained momentum in the private sector (as you can gauge from our Office Dog Series), the public sector still appears very conservative, giving felines preference over dogs.

You will find Larry the Chief Mouser at 10 Downing Street and Palmerston (who we tried to inteview for the Office Dog Series – in name of equal opportunities! – without luck) fulfilling the same role at the Foreign & Commonwealth Office. But are you aware of any dogs who are assigned eminent roles in the establishment? Well, (if you do please make an introduction! because) we don’t.

Now, each month, the Postal Museum selects the fittest feline to be appointed as Postal Museum Cat (“cat-plications” are made online by sharing cat-plicants’ photos wearing a special Postal Museum hat downloadable here, with hashtags #jobsfurcats #catsinhats). Enough is enough and Argo the Londog decided to bark out for all canines’ rights! 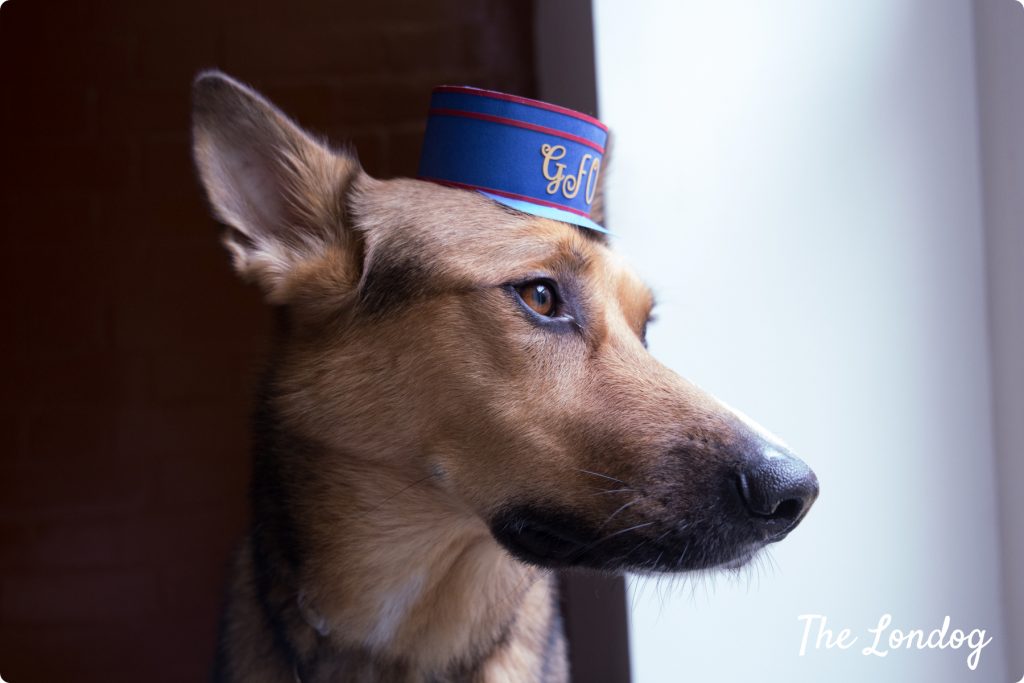 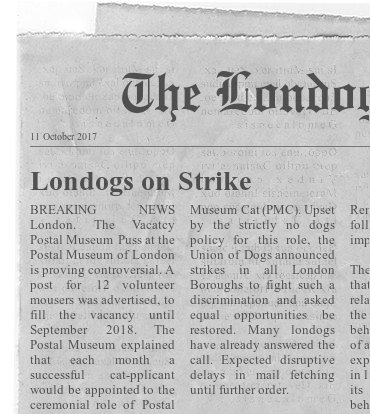 London dogs (londogs) on strike and no mail fetching until further notice? Maybe not the best way forward. Believing in dialogue (dog-alogue) we thought to adopt a more positive approach…

We are launching hashtag #LondogsFurJobs and encouraging willing canines to join us in this peaceful protest. In addition, in this post we will also pitch dogs’ skills, explaining the reasons why DOGS would make great (the best?) General Postal Officers or, at least, should be given a chance for some other role… 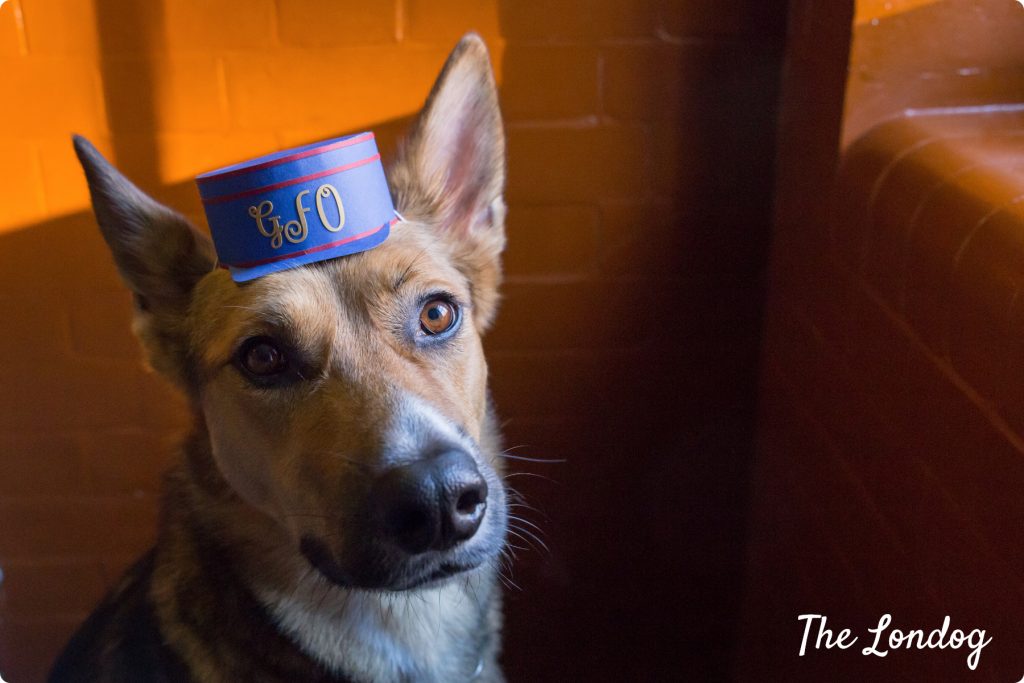 First things first… Why do we believe opening the role to dogs would be a smart move? Although we understand the historic tradition behind “cat-pointments”, as the modern emancipated canines we are, we believe we would be fit for the role of General Postal Officers at least for the following reasons:

In sum, despite not being purr-fessionals as per job description, we – londogs – are reliable woo-fessionals and would deserve access to the profession.

In order to match the competition requirements, Argo and I got what we needed to make and assemble our own Postal hat (you will find the very singular story of how the hat was made at the bottom of this post). Argo is proudly wearing it in representation of the species. How  does he look?

For the case our General Postal Officer application was still not considered admissible, we are also submitting a speculative job application for a to be established General Fetching Officer role, reserved to pooches this time, unless cats can demonstrate these skills…

We believe that the Postal Museum may find this figure of great assistance. And, in fact – but don’t tell anyone -, we would rather prefer be appointed to such a dynamic role: an office job may be a bit boring after all…

To demonstrate our skills, we filmed a video documenting what we are good at in our GFO (General Fetching Officer) hat (see above)! Hoping that a vaCANINcy is soon opened. 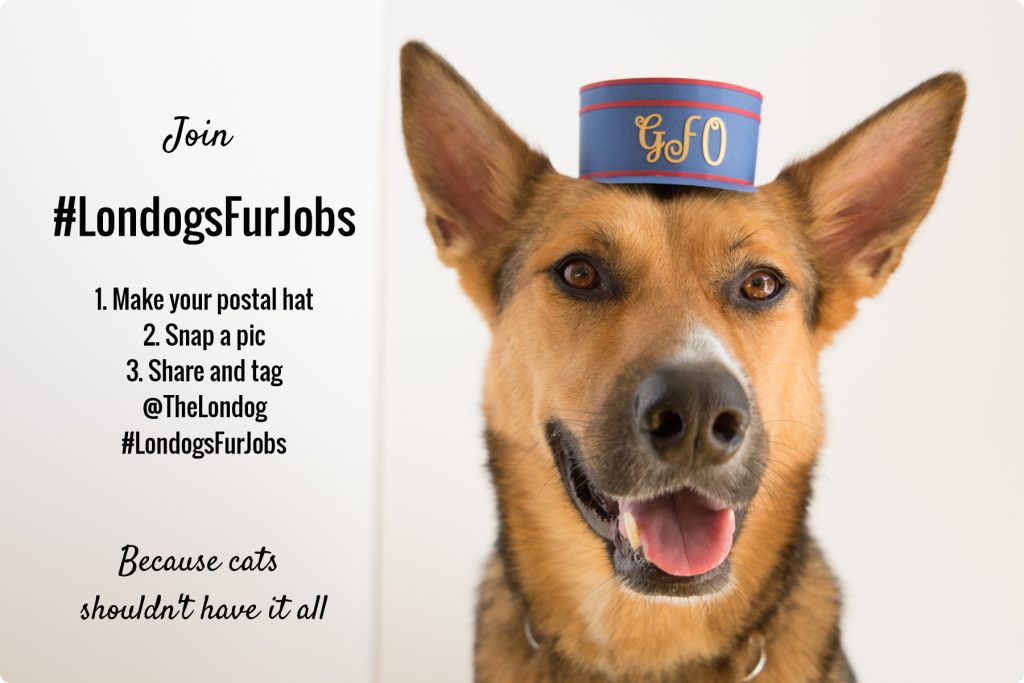 If also YOU feel that dogs should be given a chance to become GPO, or GFO at least, join the Movement! #LondogsFurJobs seemed an appropriate hashtag, since the Postal Museum cats’ one is #JobsFurCats. How to participate? It’s easy:

We will feature the best photos and dogs in a social media post addressed to the Postal Museum! And together we will encourage equality for dogs.

Who is with us? Put your paws up! 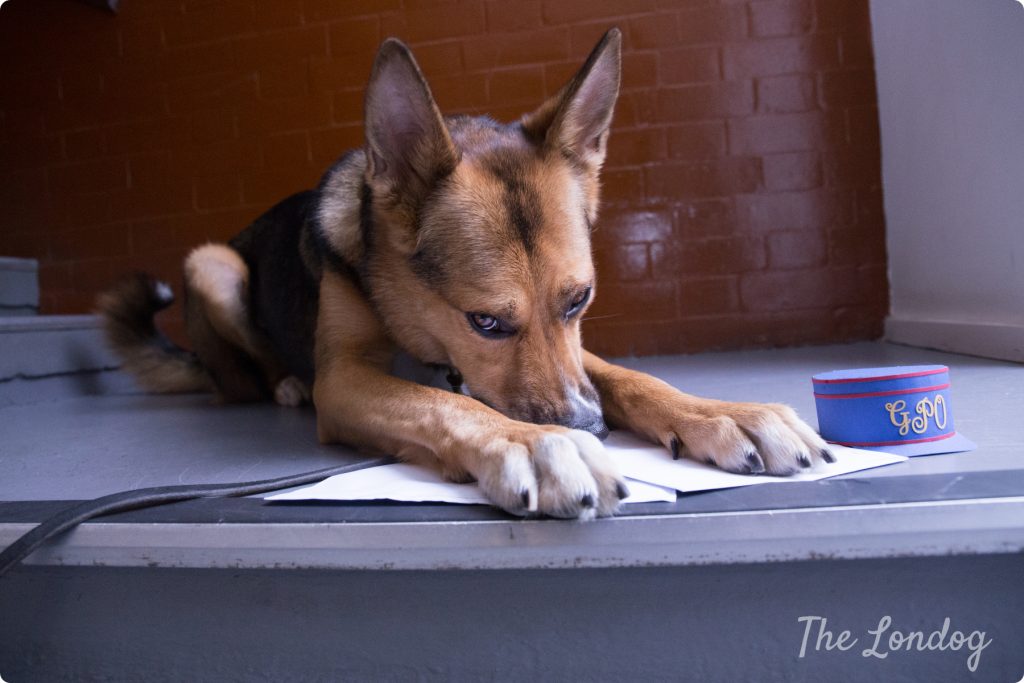 Just as a little curiosity and a due BIG thanks.

When I decided to build Argo the hat for this post, I went to an art shop in Shoreditch and started looking for carboards and marker pens. Being my artistic skills extremely limited and no clerks to be found, I asked for advice to a random guy who happened to be looking at cardboards too. He explained what he would and wouldn’t use if he was me, started asking the details of it and we ended up having quite a chat. At the end of our chat he showed me some photos of an awesome cardboard crown he had made for a friend of his and offered his help, noting down my blog’s details. Then I left.

Well, he followed up in the evening. And sent me a message the morning after saying that the hats (yes, HATS… 4!) were ready! When I had told him that just help in cutting out the letters would have been already the best. He laser cut all the parts, including letters, which he made from a double sided cardboard, so I didn’t have to glue them. He printed all the runners on the cardboard to ease attacking, marked the foldings to be more precise, and even designed the letter “F” for the variation GFO hat.

An absolute HERO I can’t thank enough! And a good reminder of how many good and generous people are out there. Also in a busy city like London.