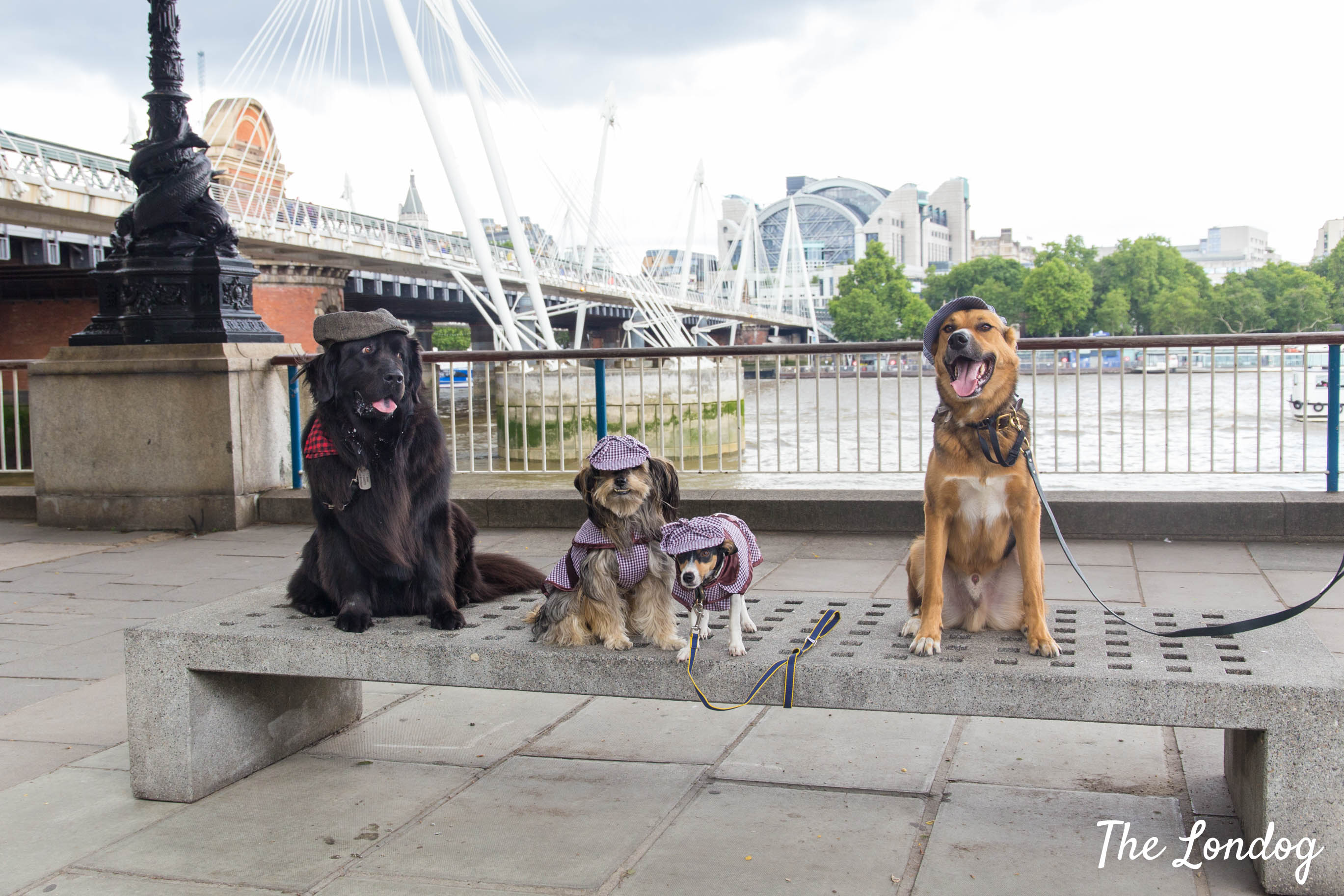 If you are a fan of mystery-solving games, or just an unusual experience, this one may be for you. CluedUpp, a Cluedo-style dog-friendly crime-solving game is returning to London with a few more dates around town and a Sneaky Finders theme. We participated to the previous edition in Southbank a couple of months back and today we tell you about what to expect and what we thought of it. 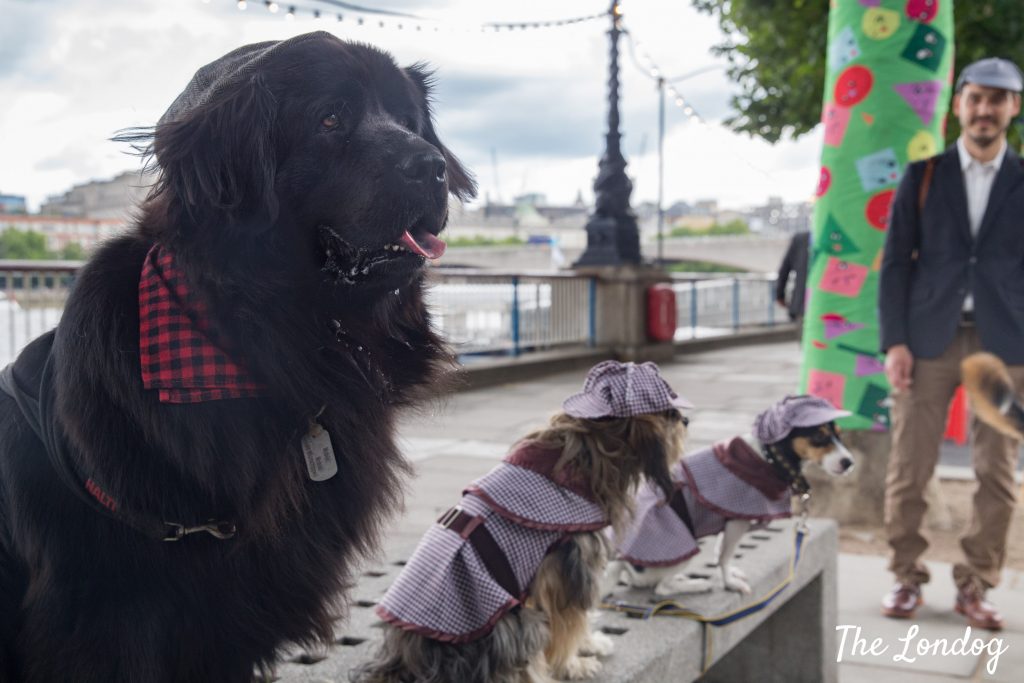 The mystery starts with the murder of gang member Timmy Selby in the town of Millingham and the discovery of 5 potential murder weapons: this introduction is presented in a video, which players receive a link to via email a few days ahead of the event.

If you are thinking about actors in costumes and physical clues left around town on the day, you may be left disappointed: CluedUpp is a self-guided game, which unravels completely through an app that players need to download on their phones before starting. Players can start at any time between 10am and 1pm on the day, and they have time until 5pm to solve the mystery.

In order to do so, players must walk around town to reach the markers on a map of the area in order “unlock” the (virtual) witnesses at such locations and be able to read the witnesses’ statements and can them questions. Questions can only be picked from a pre-determined list and there is a maximum number of 10 questions players can ask to witnesses during the whole game, so good to choose them wisely. The aim of the game is obviously to cross out suspects and guess who killed Timmy Selby with which murder weapon. 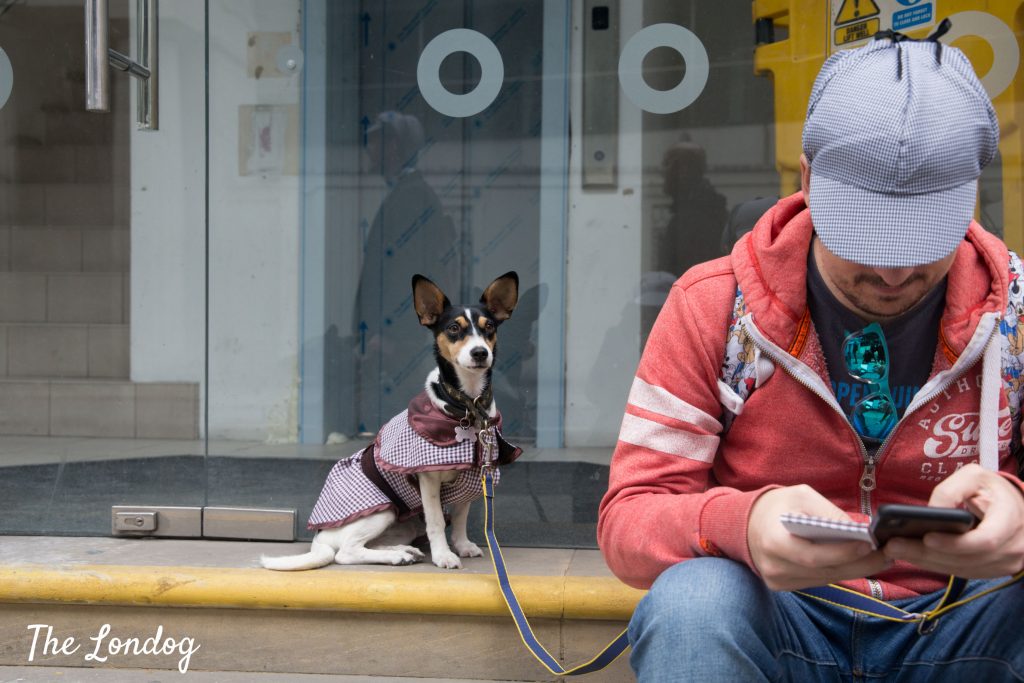 Each Team can have up to 6 players (one will lead through the “active” app, the others will have codes they can use to log into the game using the app, but won’t be able to ask questions through their app).

There are prizes for a number of categories: Fastest Team, Best Fancy Dress (Sneaky Finders/1920s inspired), Best Team Picture, Best Team Name, Best Little Detective (kids prize) and… Best K9 Detective (dogs prize)! So not only the event is dog-friendly (as it makes sense for it to be, as it takes place outdoor in public spaces), but it also celebrates canines with a special category and prize! Teams can pick one or more categories and post photos on the relevant CluedUpp’s Facebook event listing in order to compete (the organisers select the winners by 5pm of the same day and announce them in the Facebook event discussion).

Our experience and thoughts 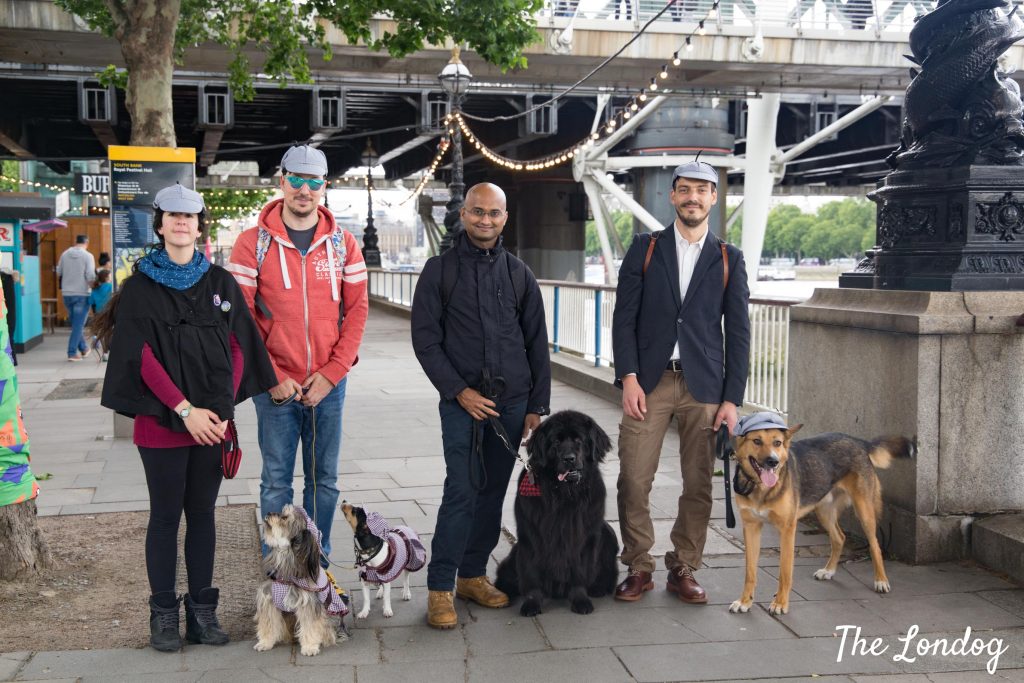 We participated to the CluedUpp London Southbank Detective Day back in June, and of course we had a full canine unit: Argo was joined by our patron Lily the Newfoundland, as well as Gustavito and Glitch the Spanish rescue dogs. Gustavito and Glitch were wearing proper Sherlock Holmes (or Bones) outfits, and Lily wore a tartan bandana. Gustavito and Glitch’s human, Maria, provided detective hats for the humans too, so we were all in theme!

We started in the morning near the London Eye and had a good time walking around Southbank checking out witnesses/suspects, while trying to plan the best route to visit all their locations before ending up at Waterloo Millennium Green (you could finish the game wherever you preferred though). There were about 26 witnesses, spread around Southbank, so we covered some ground! At the beginning we were a bit unsure about some rules of the game and would have loved if there were some more exhaustive FAQs to clarify some points (more about this below), but we found our way around. 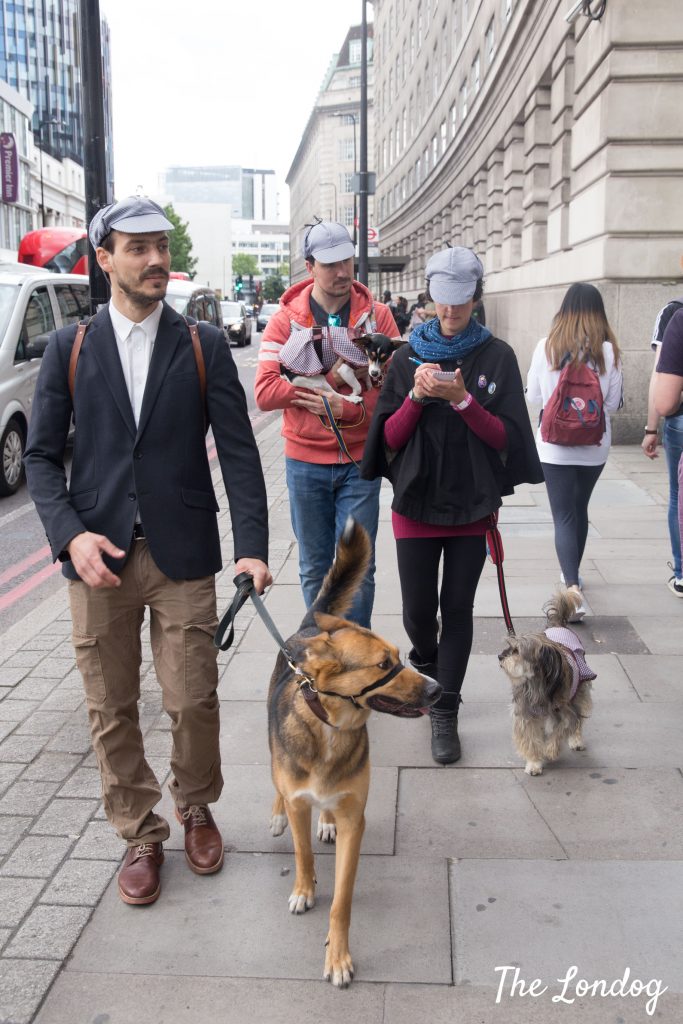 During the game we took advantage of a “time-stopper point” to pop by a shop to get some food for us humans and some extra water (players could use this at the price of a time penalty, but as we didn’t want to compete for the Fastest Team we didn’t mind).

We met quite a few other teams participating to the game at some of the witnesses’ locations or walking on the pavements: some were easily spotted as they were dressed up in detective costumes, others had brought thier children and were enjoying a family crime-hunt, and of course there were teams with doggies too! Meeting other teams was fun as some had some cool costumes, which added to the event atmosphere; on the other hand – as some of our team mates noted – at times it made the witnesses’ locations a bit too obvious as there were little crowds of people assembling around the spot!

We weren’t sure of the best strategy in terms of witnesses’ questions and we decided to visit all the witnesses before using most of them, when we sat at  Waterloo Millennium Green to solve the mystery. 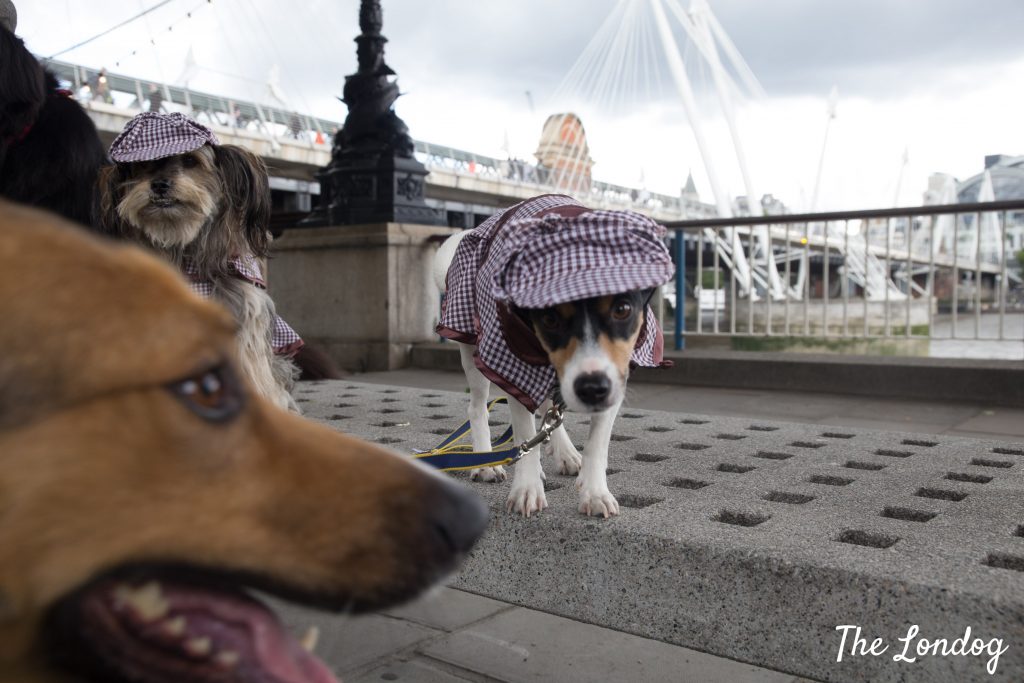 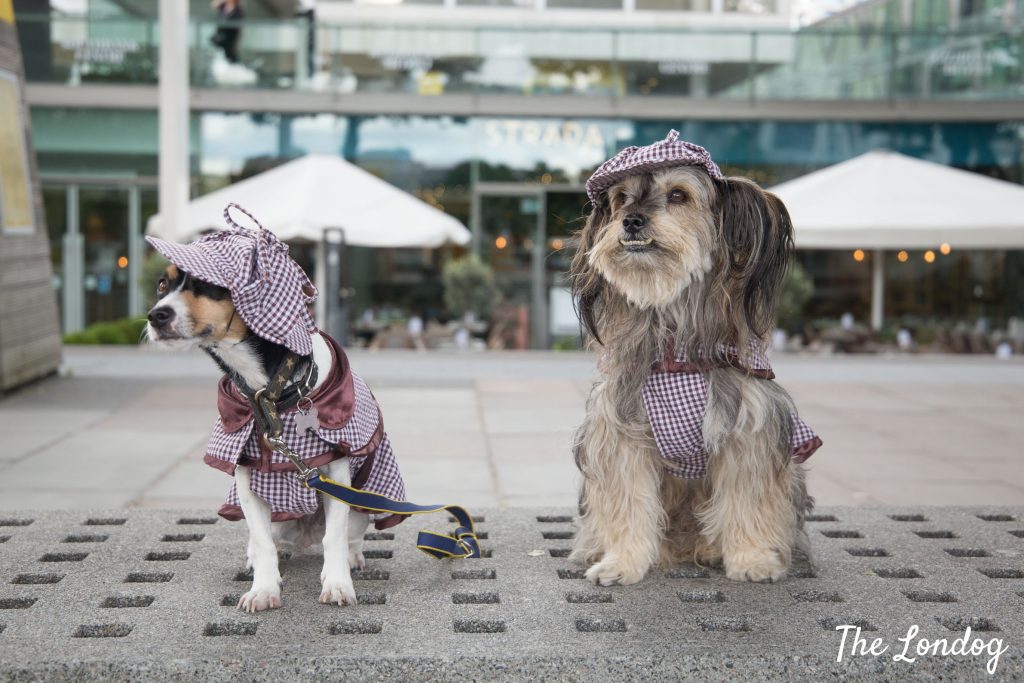 What could be improved


While overall we had fun on the day, in our opinion there were a few things that would need a little improvement to make the game more enjoyable.

1. More guidance ahead of the start of the game

First, some more guidance on the rules and functioning of the game would have helped. When we started, we weren’t completely clear on a number of aspects regarding its functioning. For instance, can you read the statements of the witnesses even after you have left the location where you have unlocked them? (Yes you can, we discovered later). Can you ask questions to the witnesses you have visited later, rather than when you reach them? (Again, the answer was yes, luckily, because we kept the questions for later!). Do witnesses say the truth or should you have to assume that they may be lying? (Boh!)

2. The app could use some improvements

Also, the app could use some technical improvements: for instance, when starting the game it advises you to use wi-fi as it will download a host of images and materials (draining battery and data), but the download starts straight away without giving you the time to find a wi-fi spot, so if you don’t have enough traffic data available you’re probably done for the day. We also found that the app would crash a few times, especially when not in use for a few minutes, and re-opened started re-downloading the images and so on. 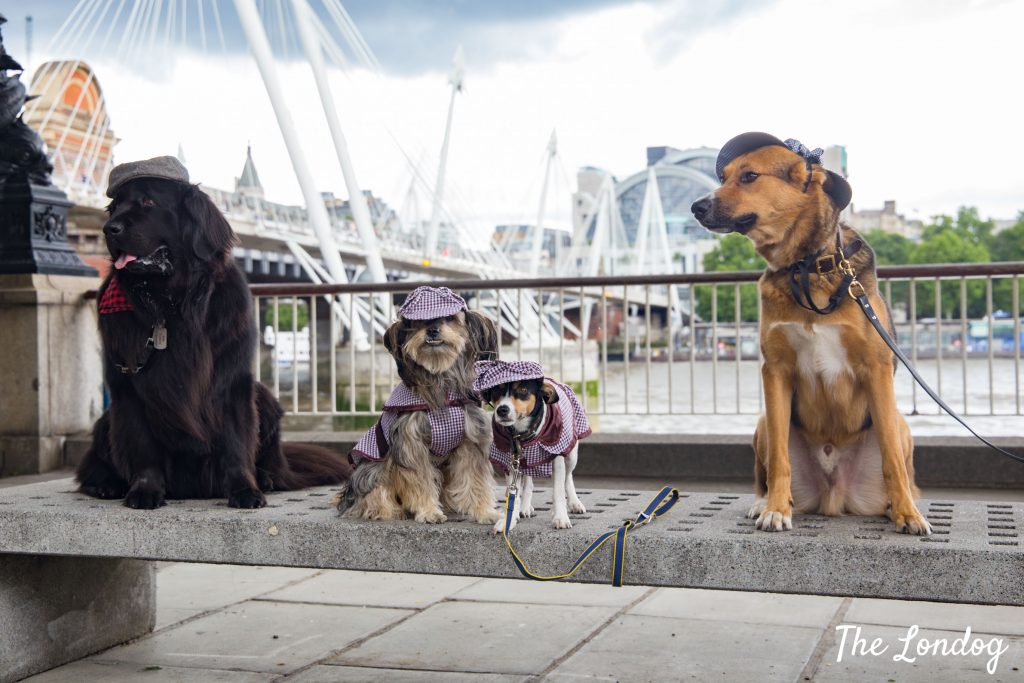 3. Witnesses’ answers can be a bit dumb

We found that, while witnesses’ statements gave a bit more insight into the mystery or, more precisely, into the story, the witness questions proved to be pretty useless and won’t really give much insight. Of the ones we asked (which were over 10 thanks to some bonuses earnt during the game) probably only one of them really helped us to identify the murderer (many others were along the lines “I don’t know” and similar).

Including more meaningful responses could spice up the game a bit, which we found a bit flat at the end. We had originally assumed that witnesses could lie and protect each other; the solution – which we got to following a witness’ questions -, was a bit less exciting than expected, so we were slightly disappointed at the end.

In general, our Team agreed that it would be nice to see some improvements on the questions/answers side, for this reason we would rate it 3.5 stars out of 5. Nonetheless, the CluedUpp was a really nice event and we had fun walking about with the dogs, with a (detective) purpose and funny hats.

If you would like to take part in the next editions of the event, there are a few upcoming dates in different areas of London, all info are below, so read on. 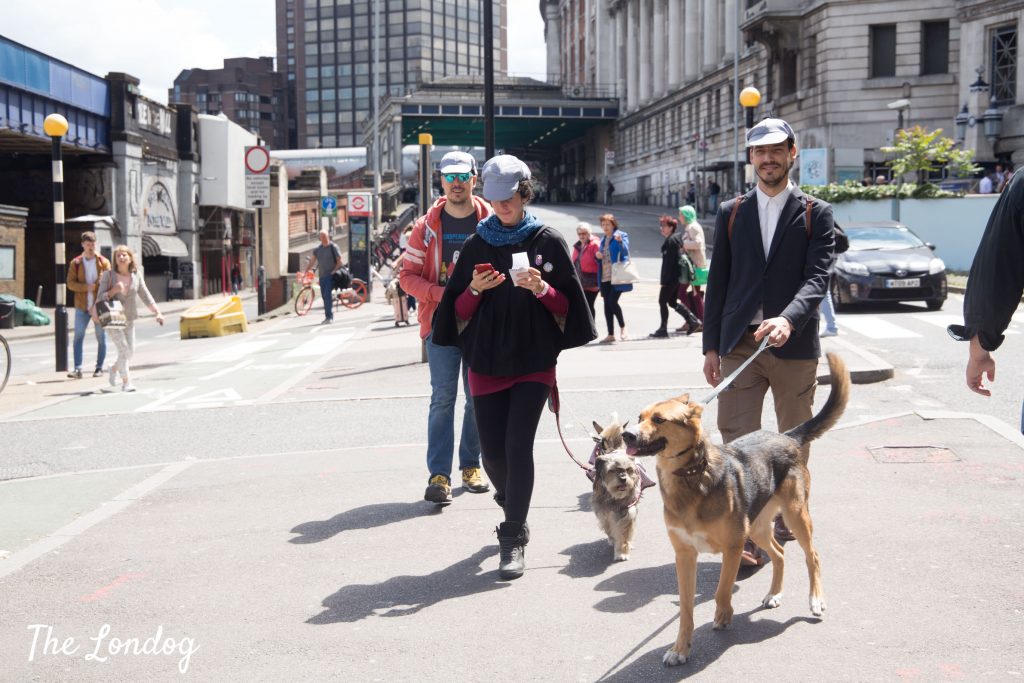 The event tours the UK and abroad and the dates in and near London are:


Price is affordable, with Team tickets at £36 per Team for earlybirds (each Team has up to 6 players), or standard Team tickets for £46 (note that when we got ours the event sold out after a few hours), and there is a limited number of Teams available. Tickets are available at this link, selecting the relevant date, or click on the links above.