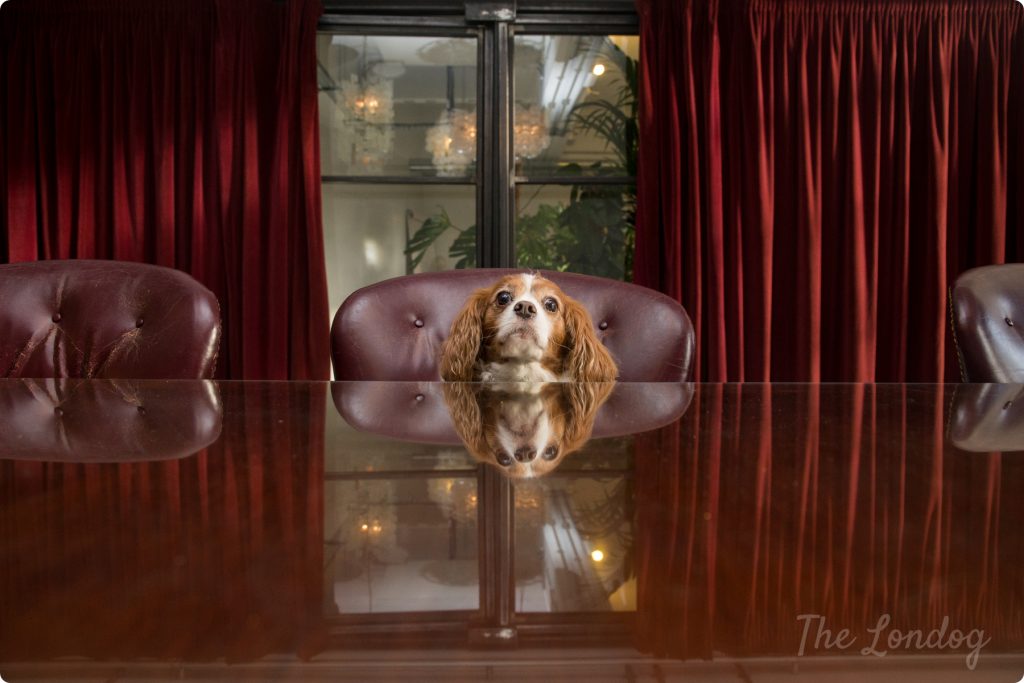 Exactly one year ago, after visiting Mother London – the renown advertisement agency – for a photoshoot and interview, I  published agency Cockapoo Captain’s story in the very first edition of the Office Dog Series. One year later, though Captain has left the company to pursue her dream of becoming a denim designer dog, Mother continues to be a great dog-friendly agency. And when discussing a feature in the celebrative special edition of the Series, not just a couple of dogs, but a little army of 8 responded to the call!

Meet the Dogs of Mother

Nobody knows exactly how many dogs prowl around at Mother. There are those who, guessing, say around ten, maybe twelve, maybe more. Some say that everyone brings in their dog. In sum, the presence of dogs simply permeates Mother’s spaces and culture. When you arrive at Biscuit Building in Shoreditch – Mother’s HQ -, you are introduced to the four-legged residents by Rocco the Lahsa Apso patrolling the reception’s counter and greeting guests.

Besides him, you may be lucky enough to meet Norman the Miniature Schnauzer, Poppy the Spaniel from HR, Bear and Hector the Cockapoos, Bonnie the Lurcher/Saluki, Sausage the Staffie, and Swiper the rescue mutt.

There are other tangible signs of the dogs’ presence at Mother. If you pay attention you can spot dog beds, crates, bowls and dog toys under tables and desks. They even have two (almost real-sized) bronze fierce-looking dogs “guarding” the stairs (I would be curious to learn whether they have names and their story, I’ll keep you posted if I find out…).

The dogs in the words of Mother’s people

Norman, Mother Co-Founder Mark Waites’ Miniature Schnauzer, likes to wonder around the building. I followed him on his morning tour, during our photoshoot, and he seemed quite thorough in inspecting all the dog beds in the agency and sniffing around chairs and floors to see if he could find any crumbs around. But, as soon as his best bud Rocco came in, he immediately ran downstairs to say hi. Rumours has it that Norman really loves the dog biscuits Claudia holds in a Tupperware for Rocco under the counter, so he has another good excuse to go and greet them right away. 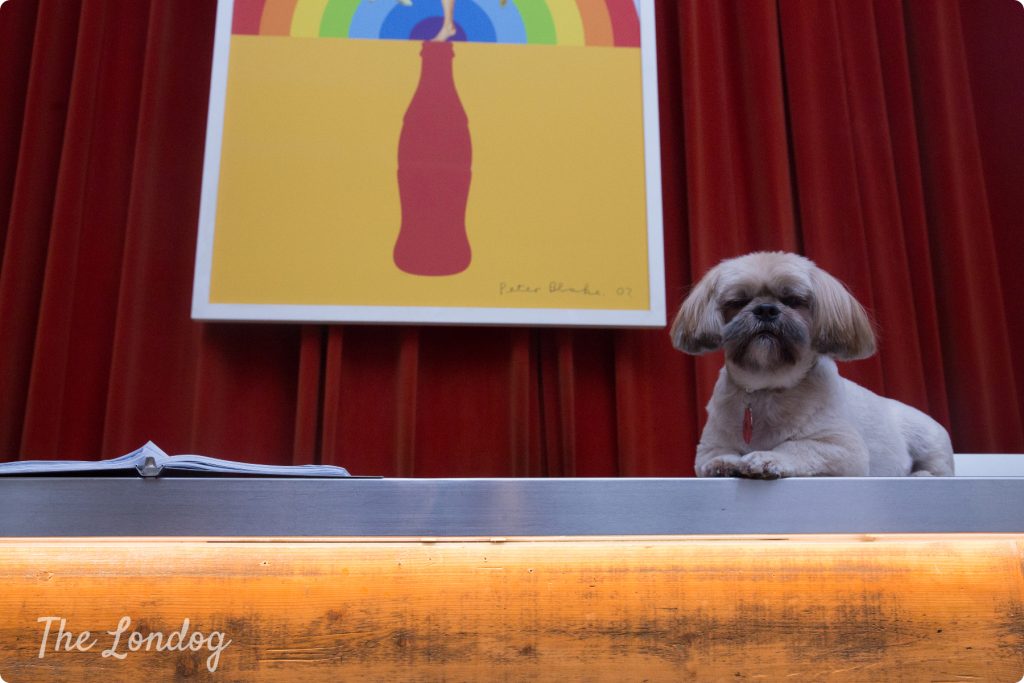 Rocco is “the Front Dog”. He is the only pooch with a proper job at Mother, as you can find out visiting Mother’s ‘People’ section of its webpage. He has a dedicated profile and, like all of Mother’s people, hovering over his photo will reveal his mother. Rocco is:

“Charming, eccentric, a princess who likes to be hand fed and have his back end rubbed!
He makes bear growly noises when he is happy, barks like a Rottweiler at other dogs in the street and refuses to go outside after dark because he’s scared. He hates, yet enjoys, barking and chasing skateboards, motorbikes and any vehicle with a siren. He enjoys chasing squirrels and sleeping on our bed.
He’s in charge of me [Claudia] and the reception and everyone knows it.” 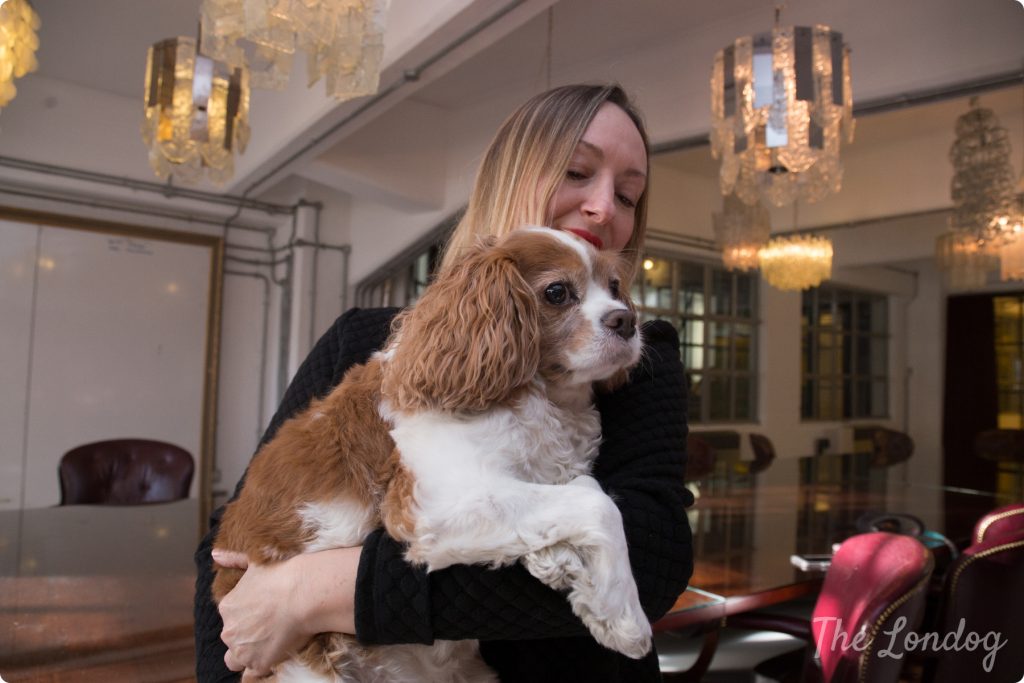 Although Poppy’s mum is Mother’s Head of People, Poppy doesn’t really like many people… or dogs for that matter. She is a very shy and insecure girl.

“She comes across as aloof and bitchy which is just a front as she’s really a softy and very shy. Poppy is nearly 9 and not ageing well. She is quite arthritic so likes to stay in bed all day (when she’s not barking at Norman).
She has an embarrassing habit of scooting her bottom (doing wheelies) on carpets, so it’s good that we have rubber floors in our office.”

If Poppy was a famous person she would be… “Anne Robinson: ginger, with a big bark. But Anne is ageing better”, confessed her mum, Sharna. 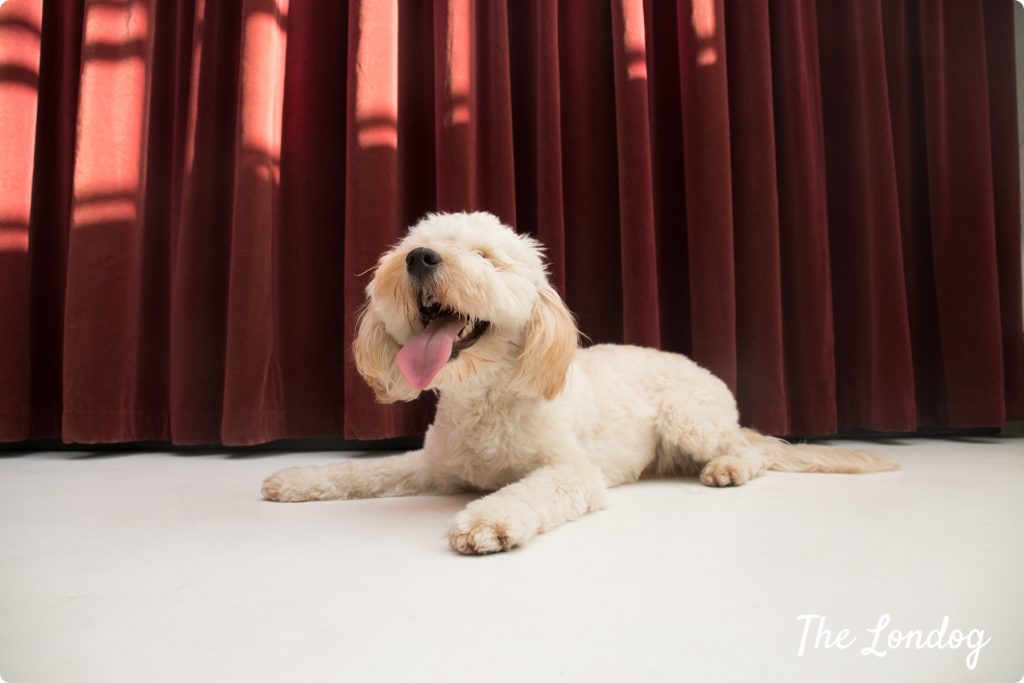 Hector the Cockapoo is a bundle of energy.

“Hector is a super playful teddy bear who loves every person and dog he meets.
When he wants to play, he can’t help but run on the spot in excitement. Being the friendly dog that he is, he loves to share his toys, treats and dinner with his furry chums.” 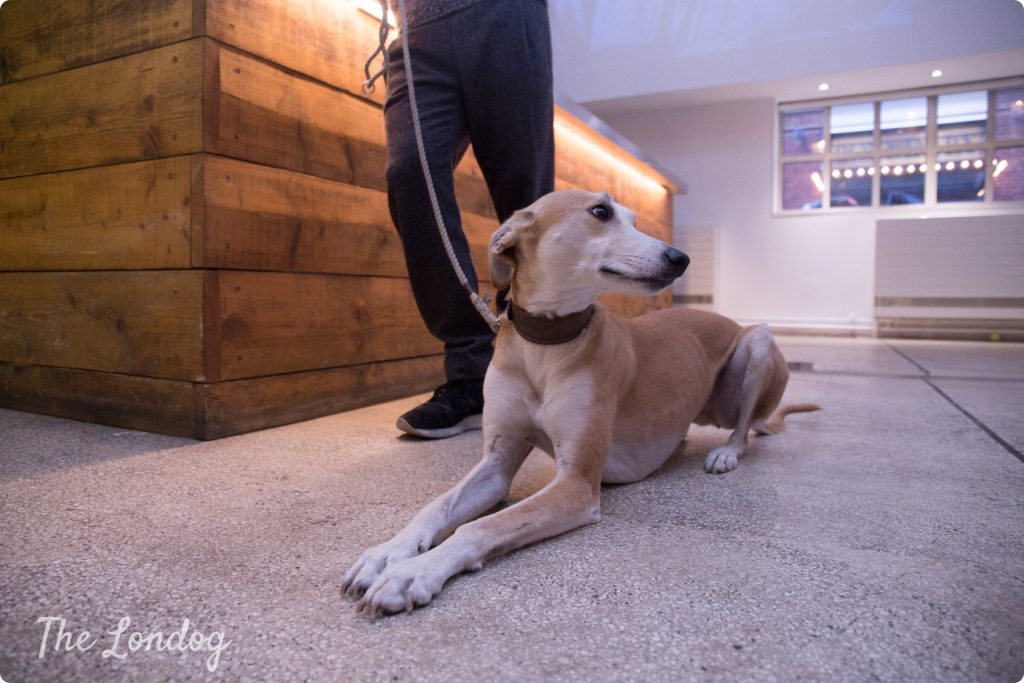 Bonnie the Lurcher seems to have the self-composure of a diva from another century. Observing her demeanour you would think that should the world go mad and fall apart around her, she wouldn’t be bothered.

“Bonnie is mostly unintentionally glamorous, but beneath all that elegance is the mind of a blood thirsty fox/cat/squirrel killer.”

If Bonnie was a famous character: “She’d be a split famous personality more Uma Thurman on the outside and Patrick Bateman within.” 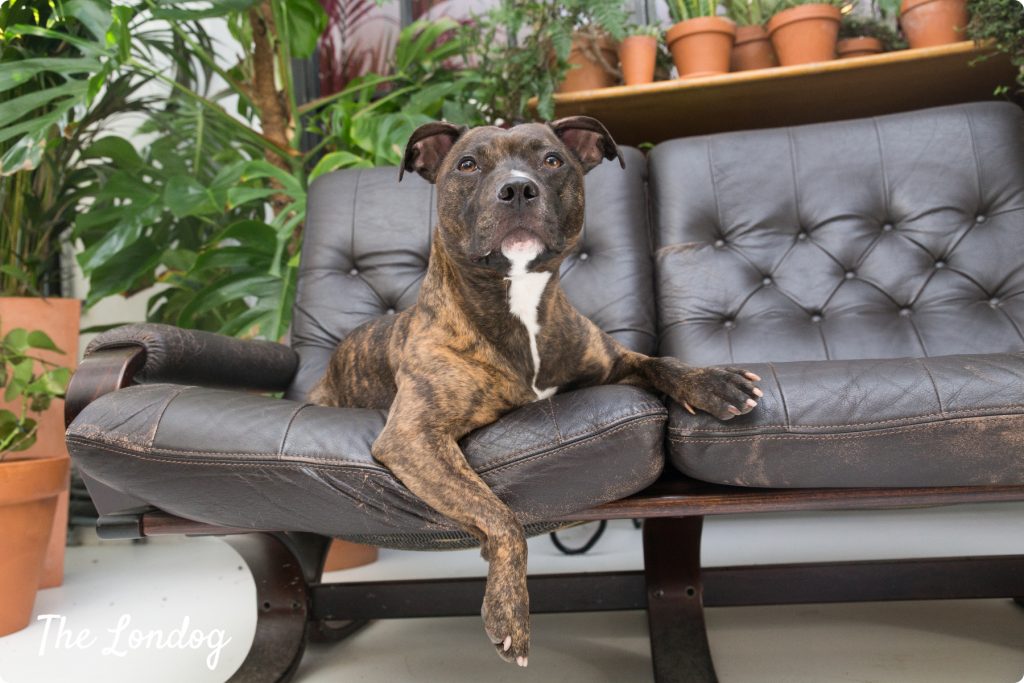 Sausage. A very evocative name for a pooch whose favourite thing is food. Sausage will pose as if she is asking to be painted like one of your French girls. In exchange for food, obviously.

Her dad Olly says of her, “Sausage is not a sausage dog, she is a Staffordshire Bull Terrier. She had a tough start to life, fending for herself on the mean streets of Leyton before being rescued. She has since grown accustomed to countryside breaks, luxury bedding and organic food – but will still scavenge the streets for every available scrap of food. She is a lover of people, a chaser of squirrels and, like her parents, fairly indifferent to her own kind.” 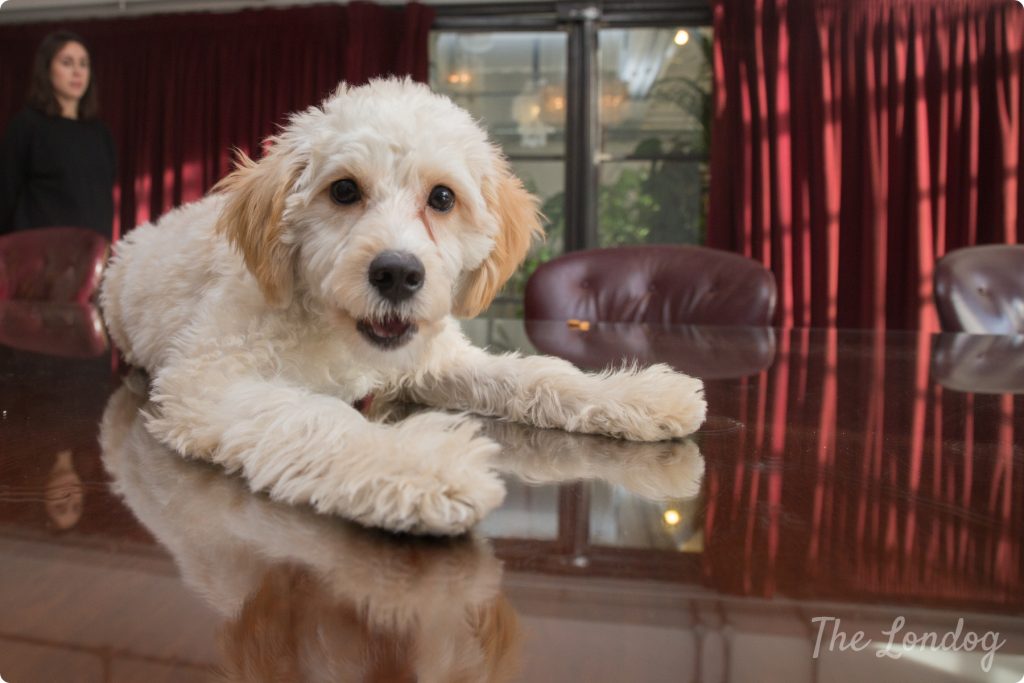 Bear is the new kid on the block, and still a tiny puppy.  He is very excitable and super fluffy.

“He is a troublemaker and attention seeker at Broody, who won’t accept  not being acknowledged him and will get cuddles from The Romans if you don’t give him attention. Likes to nibble on ears and is highly allergic to chicken.”

If Bear were a TV character: “He’d probably be a non-murderous Norman Bates.”

Then there is Swiper, Partner Andy Medd’s rescue dog. I didn’t have the pleasure to meet and photograph Swiper, but I was told his moving story. He was found as a puppy on the streets of Spain and brought over by Andy’s family. Swiper is very much loved and Andy’s daughter, who is an illustrator, even got a tattoo of him on her arm, drawn by the famous Jean Jullien. 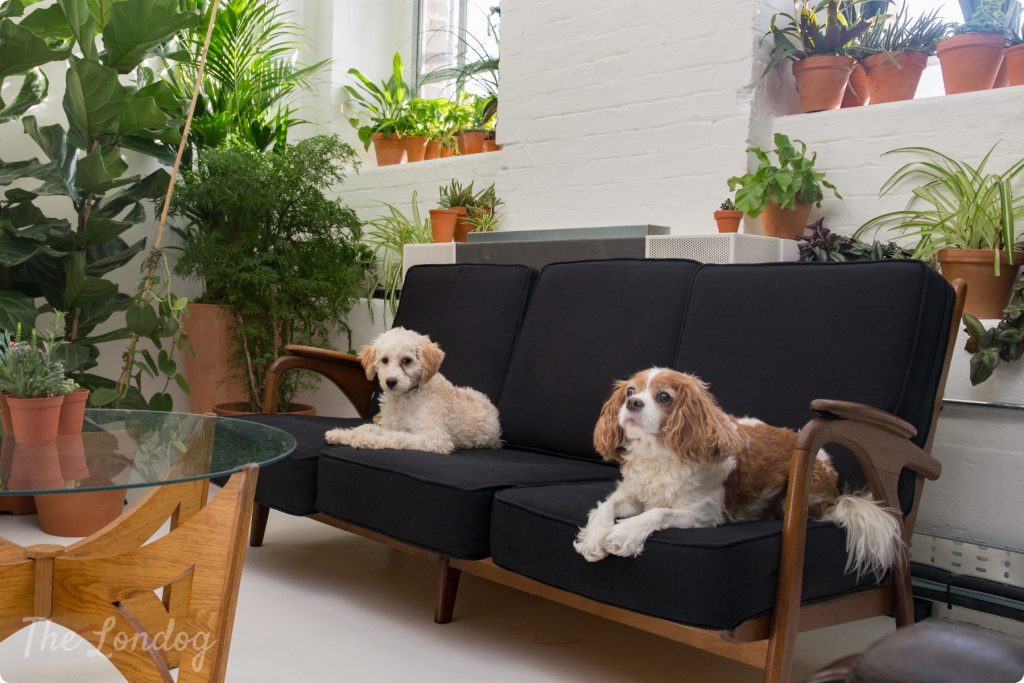 Mother’s office dog pack is a varied bunch, but harmony mostly reigns in the gang.

Wall of fame // Wall of shame 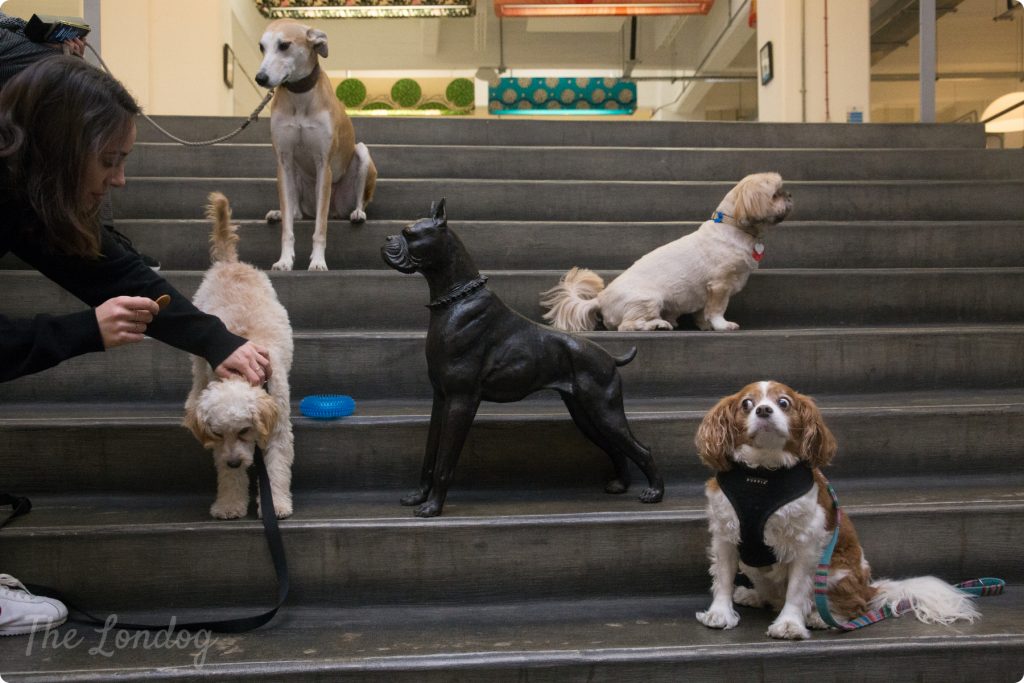 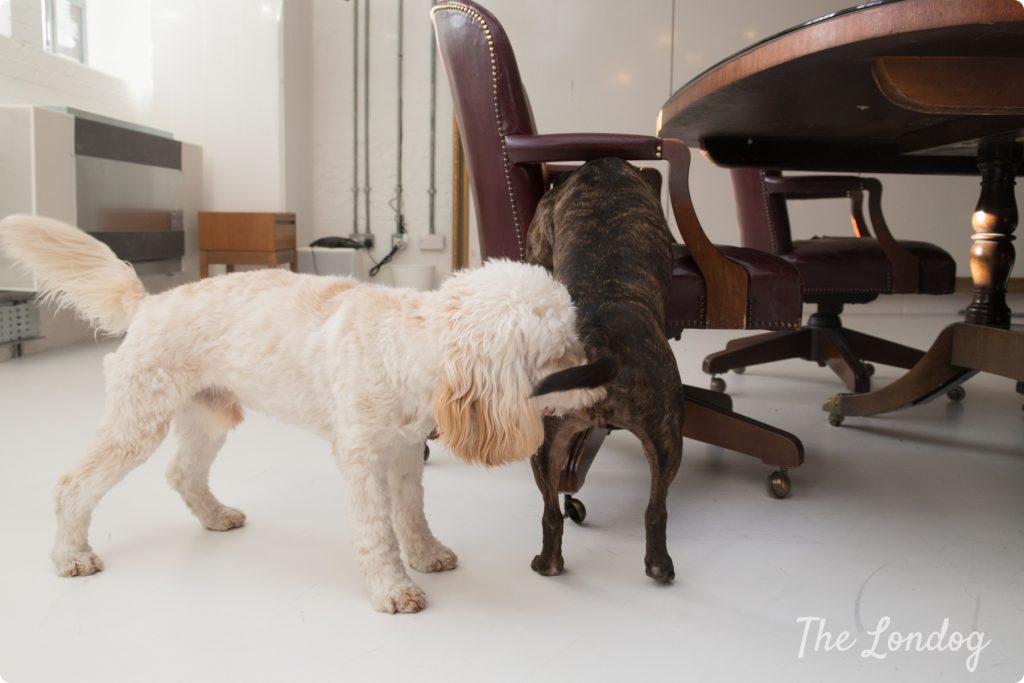 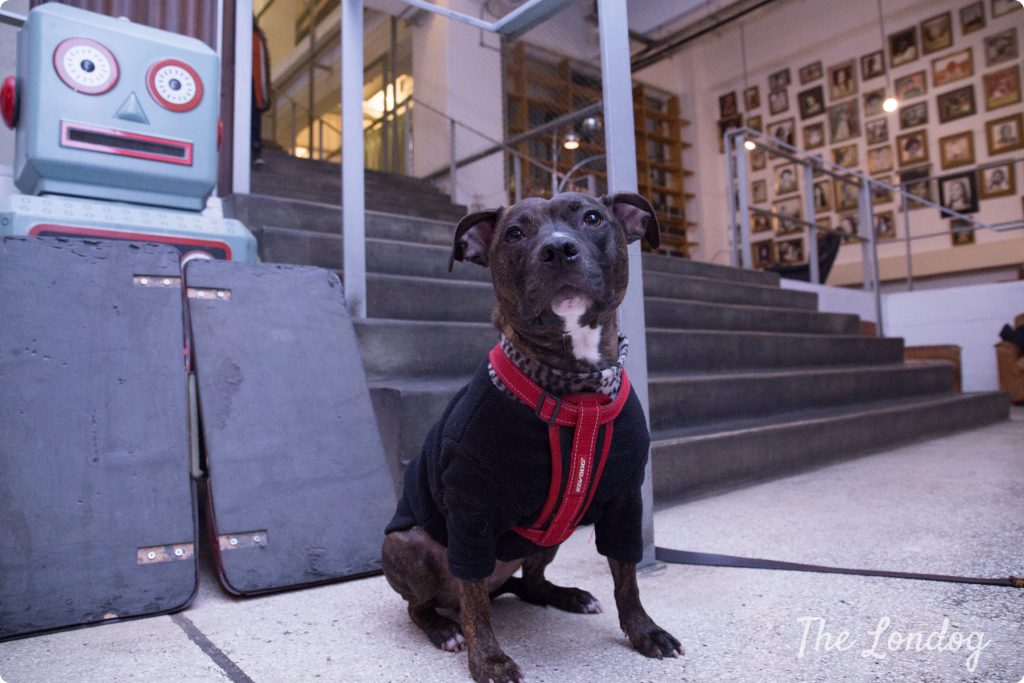 Mother’s people shared their tips for survival and prosperity. This is the top five:

“… a great advert for Mother” 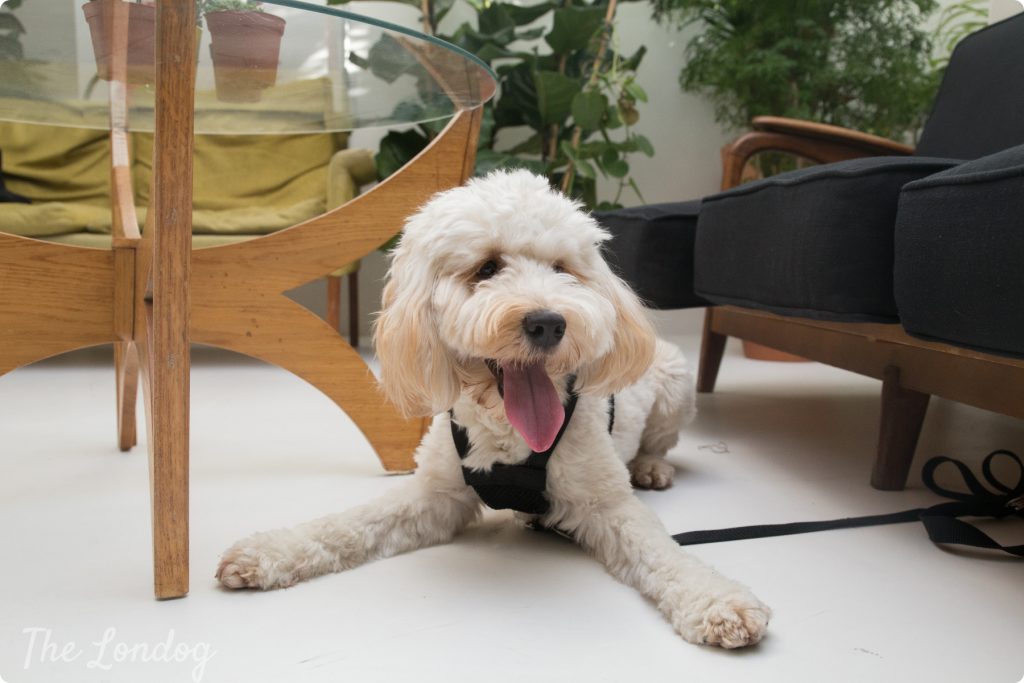 Wednesday’s Office Dog Pack is coming at midnight on the blog!