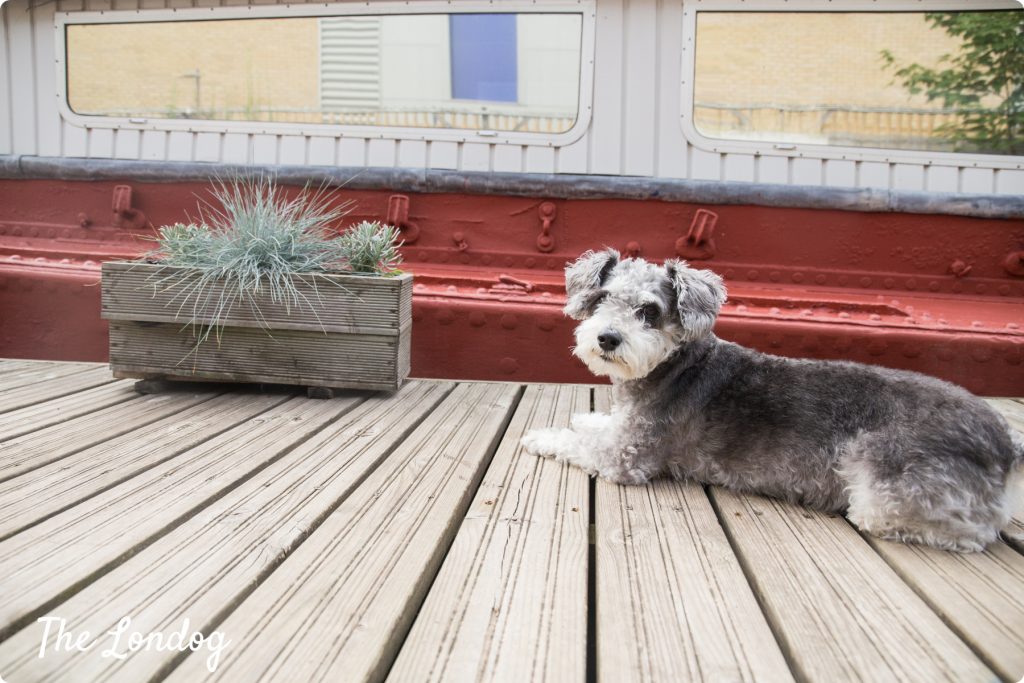 It was only recently that I visited an house boat. But I had no clue that somewhere in London there were office boats too. DTV – a creative agency specialising in charity fundraising ads – has three of them (plus some on-land offices too), moored on Regent’s Canal. The boats – Daisy, Lilly and Rosie – have a large crew, whose ranks are enriched by a gang of office dogs. The Dogs of DTV also have a dedicated Instagram account, and feature as the third office dog pack in this special edition of the Office Dog Series. 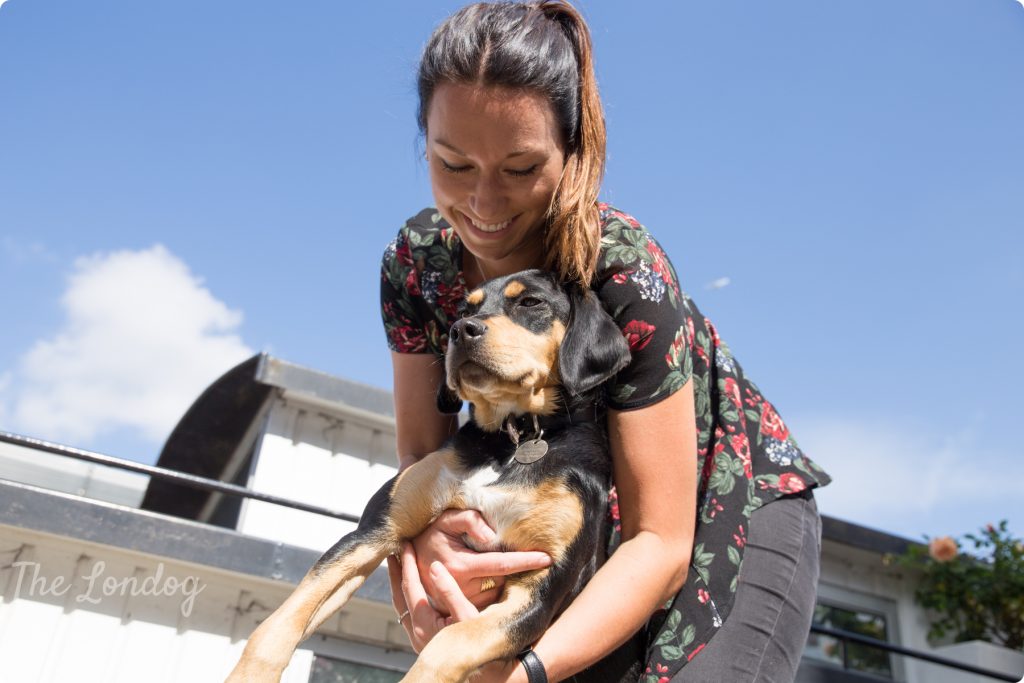 If you visit DTV, you can meet (among other part-timers) Albie the Yorkshire Terrier, Darwin the Boston Terrier, Penny the Schnoodle, Dude the Black Labrador, Eddie and Bo, both rescues from Romania and Cyprus respectively. Some of the dogs of DTV are borrowed (Penny and Darwin), but irrespective of whether they are owned by members of the team or not, they are all treated like family members. This is what their owners/borrowers have to say about them:

Likes: “Autumn & leaves. Frankfurters. Runs in Victoria Park. Snuggles in front of the telly. His best friend Dexter (the dachshund). Standing on his hind legs to get more treats.
Dislikes: Loud noises. Unexpected visitors (at work or at home). Other dogs on “his” boat.” 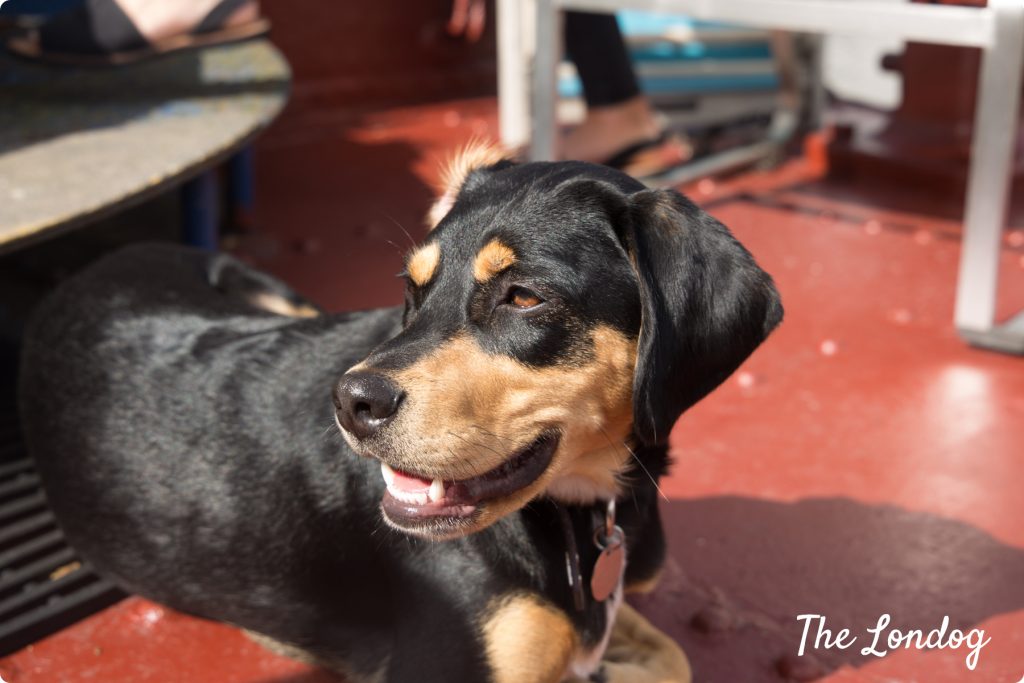 “Sociable: Bo walks around the studios like he owns the place. He knows everyone from everywhere (particularly in the café) and spend most of his time sniffing out food or other furry friends to create mischief with. He often takes himself on walks to the other side of the studios when he’s had enough of sitting at his desk.

Eager: Bo wants to be friends with everyone, and doesn’t quite understand when the feeling is not mutual. Everyone he meets (be it dog or human) gets a sniff, lick, nibble and woof. He is not easily rebuffed, much to the annoyance of some of the other DTV dogs. Bo also takes his job of protecting Daisy Boat very seriously. He does a daily loop of everyone’s desk (and rubbish bins) before settling in for the morning, and will quickly (and loudly) let us know if there is anything unusual happening along the canal.

Hungry: Or perhaps greedy. Bo is most often seen with his nose to the ground, while the humans around him try to steer him away from the perilous chicken bone graveyards. Bobo will do anything for a treat, sometimes doing all of his tricks at once in his desperation for a snack.”

A creature of comfort, licky and super-affectionate.

If he was a movie character: “I think he’d be Danny De Vito in Twins (if Dude was Arnold Schwarzenegger) or maybe Joe Pesci in Goodfellas.” 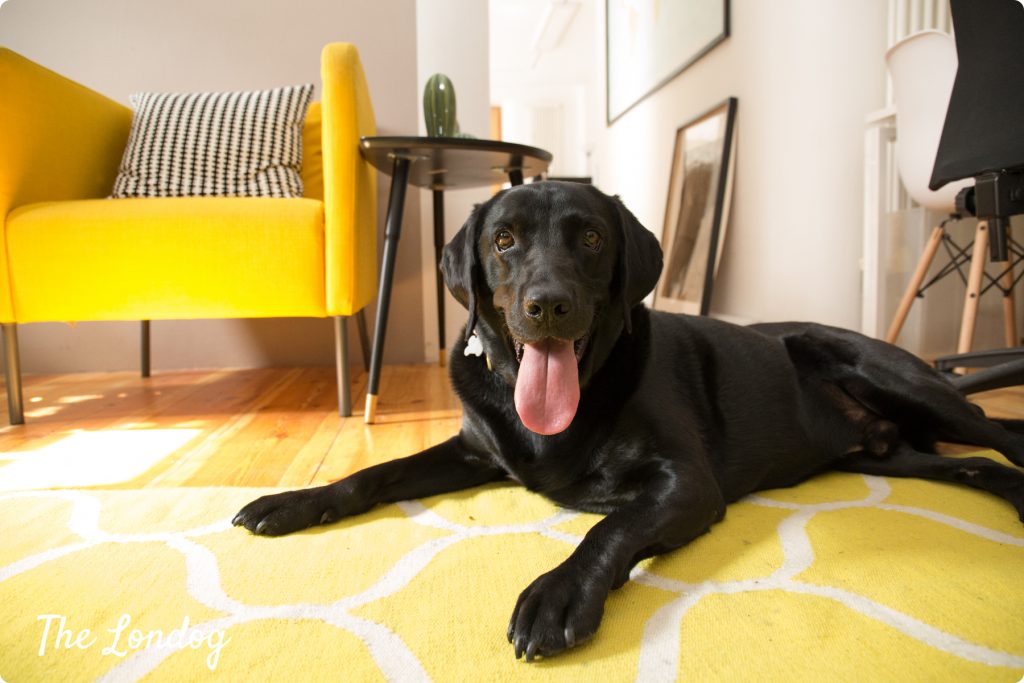 “Goofy: he likes to run around in circles when he gets excited, then quickly stop, slapping his front paws on the floor and barking.
Cuddly police: whenever two people hug or kiss, Dude will be there right away to make sure they stop and cuddle him instead.
Sleepy: he sleeps a lot. If he can get on to a couch, he will be very satisfied.”

If he was a character: “Maybe Will Ferrell in Stepbrothers?”

“Jealous: she wants all the attention and takes to jumping on dogs that are getting any from a human.
Loud: she makes a lot of noise, mostly barking at those who she knows will give her attention. I think it’s her way of saying “can you rub my belly now?”
Cuddly: she loves a cuddle and she snuggles up to Dude all day.” 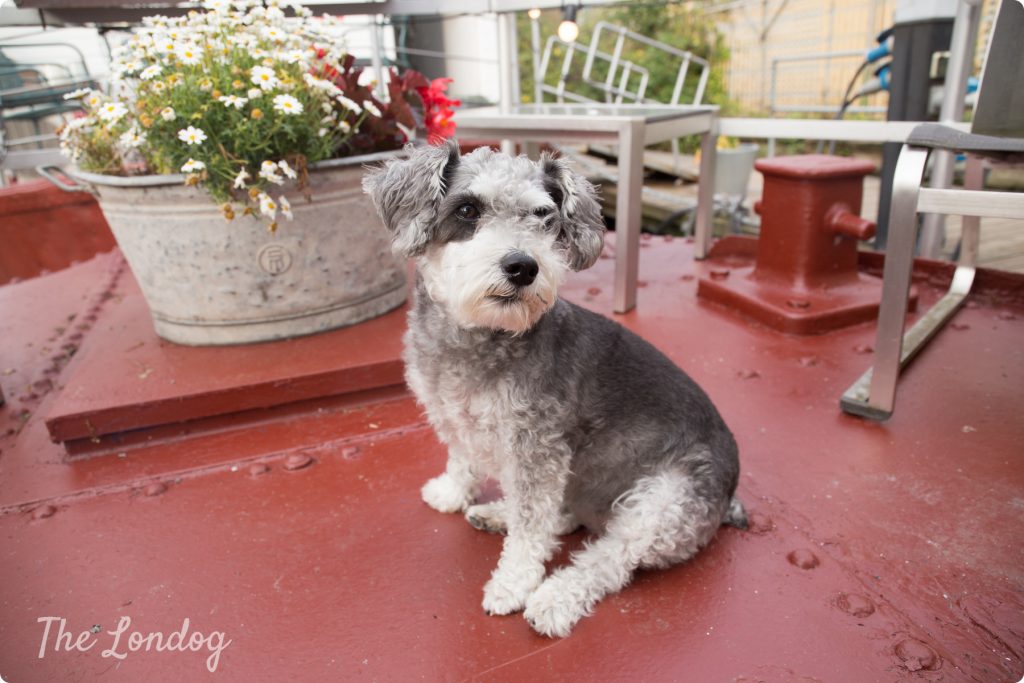 “Spoilt rotten:  she always demands to be the centre of attention and assumes that all humans will give her constant love and scratches. She only drinks water out of human glasses.
Stubborn: she gives you that “look” when she doesn’t want to do something, whether it’s getting out of bed or eating her breakfast
Loving : Penny craves human contact and won’t hesitate to curl up on someone’s lap for cuddles, even if they’re a complete stranger.

Likes: human food (especially chicken), stomach scratches, pooping in leaves, acting disinterested around other dogs, hiking and sleeping on the bed.
Dislikes: bath-time and puddles (water in general), going to the vet and being left at home alone.”

If she was a movie character: “She would be Holly Golightly from Breakfast at Tiffany’s. She’s definitely high-society and has a bit of attitude.” 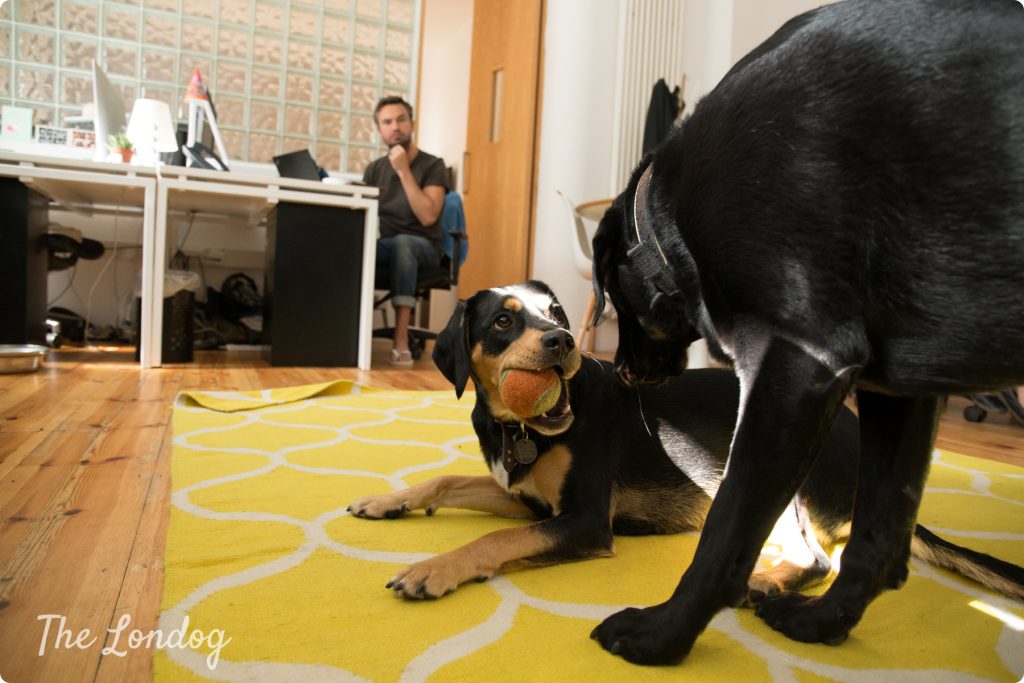 DTV’s team members all agree on the fact that DTV dogs are more complicated than all the humans of DTV. “It can be a logistical challenge working out which of the dogs (and relevant humans) can be in the same room at the same time. They are all friends at the park, but each have their own areas that they are protective of”, noted Kristen. For this reason, they don’t often “gather en masse”. Luckily, with the three boats and the offices on land it isn’t too difficult to maintain order at the office.

When I visited DTV, I was told that Dude and Bo have a known rivalry, so it would be better to arrange separate photoshoots for them. On the day, however, everyone was astonished to see the pair acting like old friends in front of the camera. 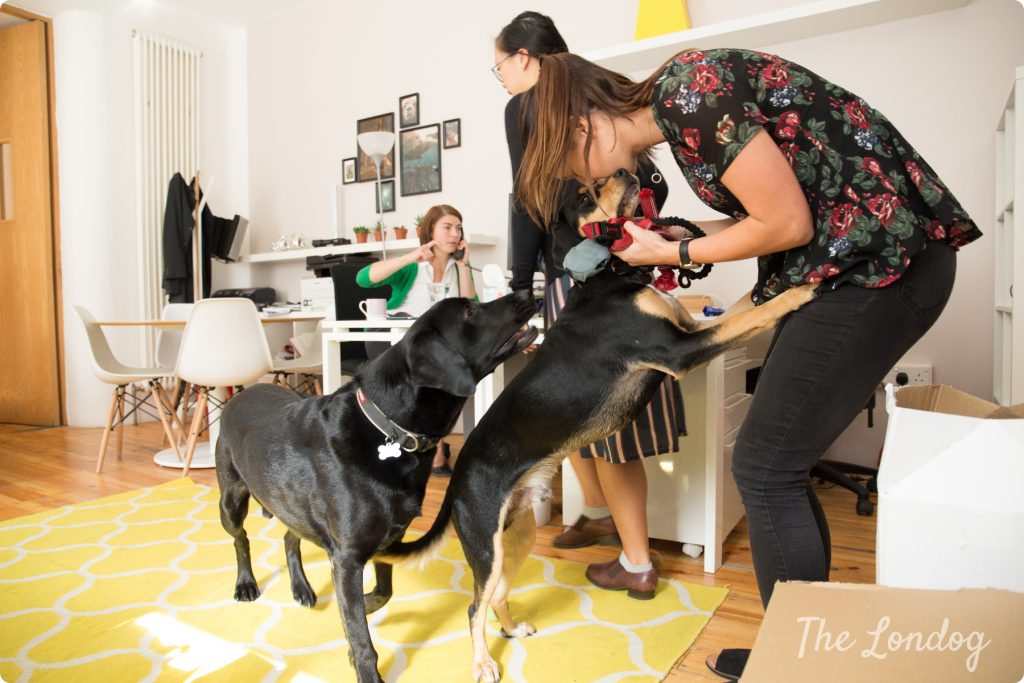 These are the office plots: 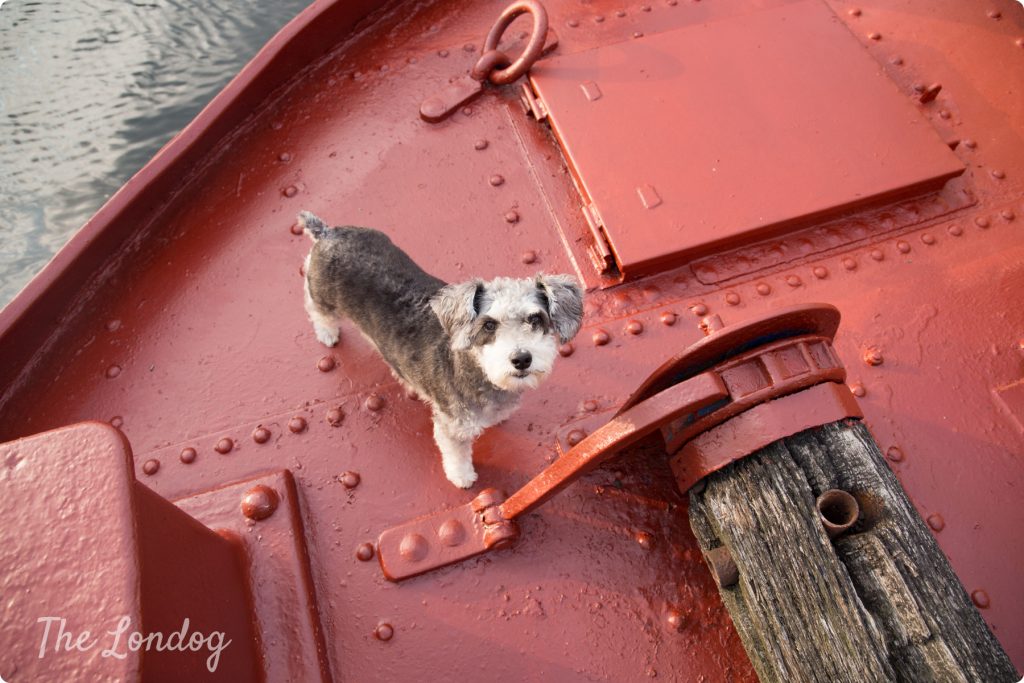 The award for the dog who has collected the largest number of disgraceful episodes goes to… Bo. Interestingly, each member of the team I interviewed mentioned some shameful episode involving him! To his defence, it must be said that all episodes are from his puppyhood. He is doing much better now!

“Penny sitting on the laps of clients and charming them during important meetings.” 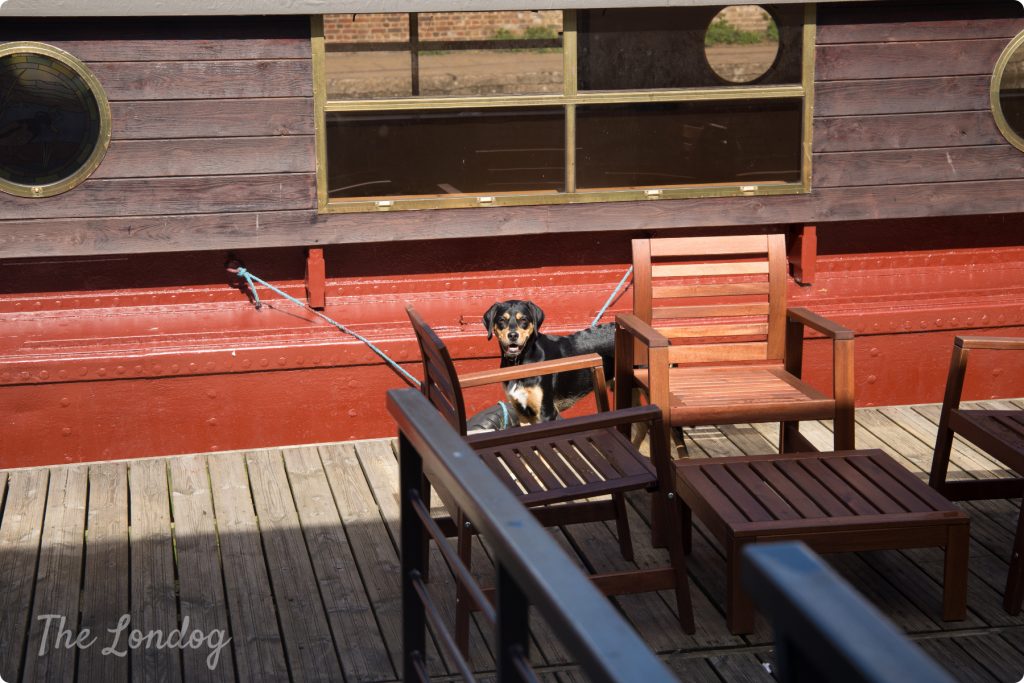 Apart from giving each dog their own area of the office or territory, to prevent things getting hostile amongst DTV’s furry crew. We have put together two survival guides, for humans and dogs respectively. 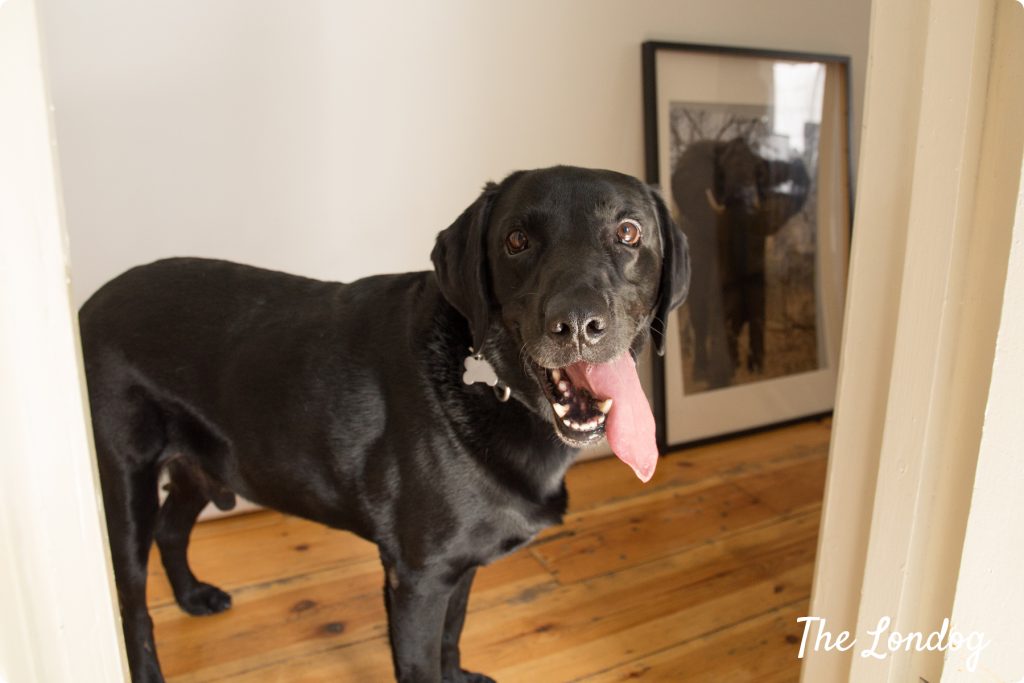 “…the reason I come to work every day” (my favourite quote!)

“…a lively bunch, each with their own very different personalities”
“…delightfully dysfunctional” 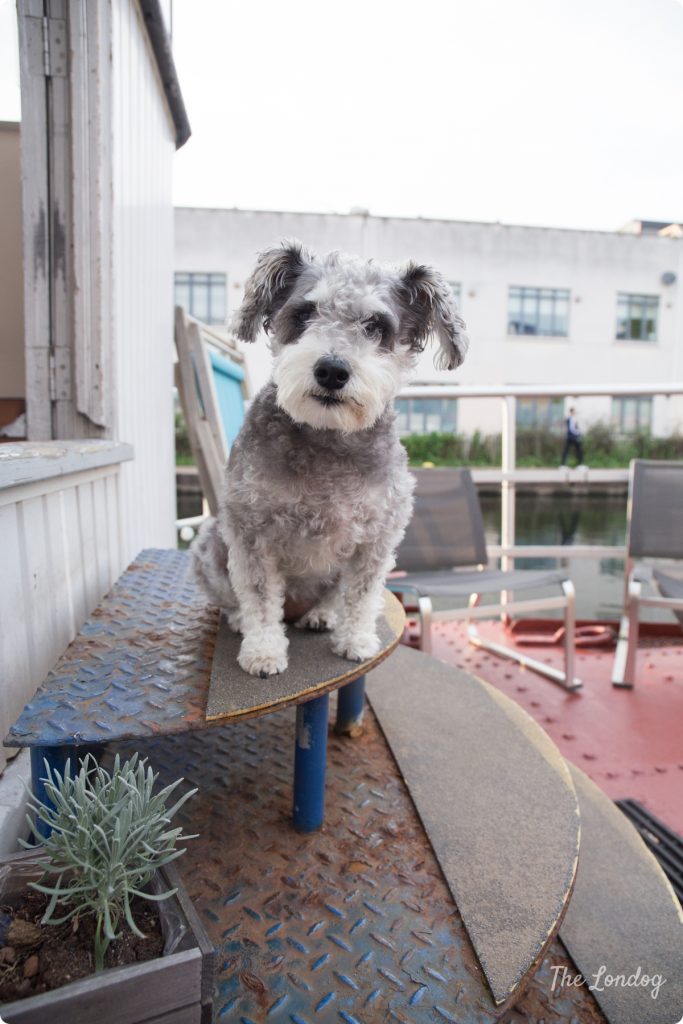 Discover Thursday’s Office Dog Pack from midnight on the blog!