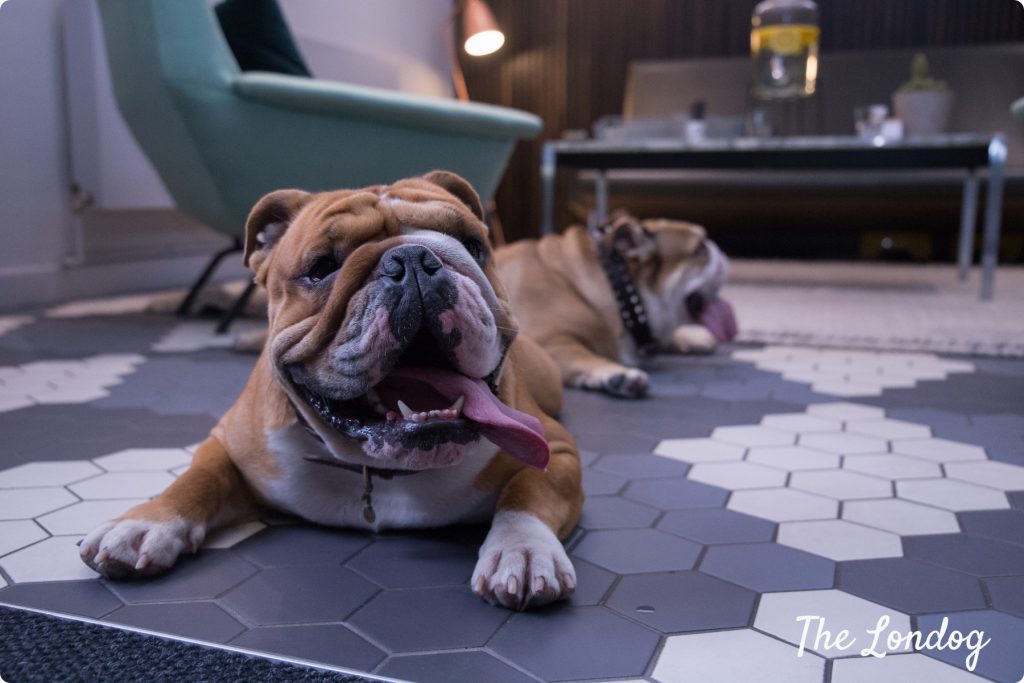 George and Harrison are the two resident English Bulldogs of KWB, a premium joinery specialist company based in East London.

When you arrive at KWB’s office, you are welcomed by 60 kilos of dogs rushing to greet you. George and Harrison are big softies who – like most of the Bulldogs I have known – have clearly no clue of their size.

George is the elder and wiser. With his four years and his nicknames Georgio and Reno, he is the the calmest of the gang and will come over to say hi before returning to mind his own business. On the other hand, Harrison is rippling-vivacious, a very tender lad, who loves being petted. I guess his nickname, Haribo, must have come from this trait of his… He loved sitting on my shoe during the photo shoot and bouncing at full speed for a lick kiss.

“They have completely different personalities” explained Michelle. “George is a lot more chilled out and Harrison gets excited about pretty much everything, which he shows by wiggling his bum as he walks towards you. George still has a mad hour once a day though and loves scratching his face along carpets!” 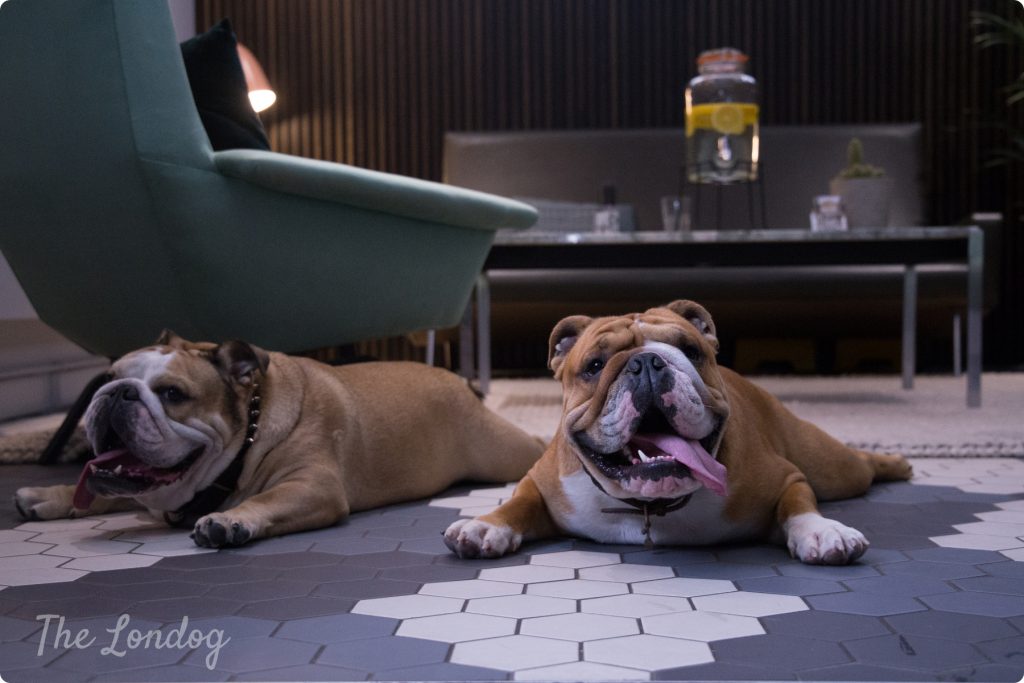 As typical Bulldogs, they love play fighting, no holds barred, nibbling each other’s hocks, ears and chins, while making that very distinctive bulldog grunting sound. If you know the breed you will know how funny their games are. As my dog, Argo, grew up with an English Bulldog, I will remember forever his role in teaching Argo how to play nicely.

Michelle recounted that, when George arrived, they weren’t planning on getting a dog. “In fact we had only just met. We were in Paris for my birthday and popped into a pet shop… and what can I say, we fell in love with George. He was named within an hour and we were trying to find a way to get him back to the UK. We put a deposit down and drove back two weeks later to pick him up… and haven’t looked back since”, said Michelle.

Harrison arrived later on, and the two have become inseparable. “Harrison has been a great addition to the family. We got him from a lovely Welsh family, who has three generations of bulldogs now. George loved Harrison straight away. We’re very lucky that they love each other so much”. 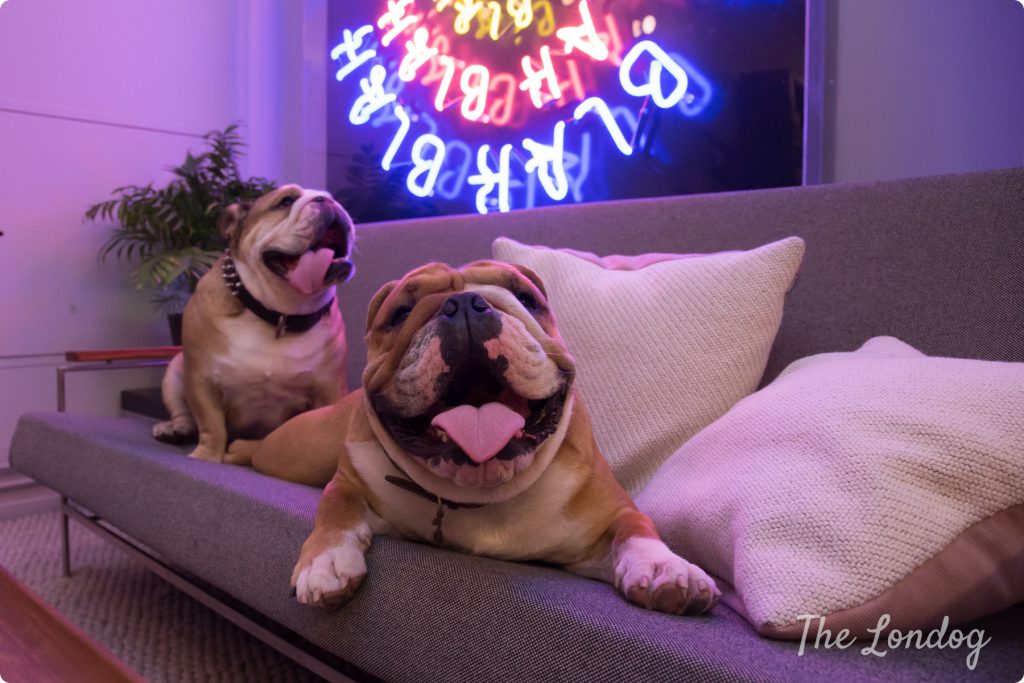 George & Harrison are also known for…

Most annoying habit:
George – Putting the brakes on and refusing to walk.
Harrison – Eating random things off the floor. Being so impatient. 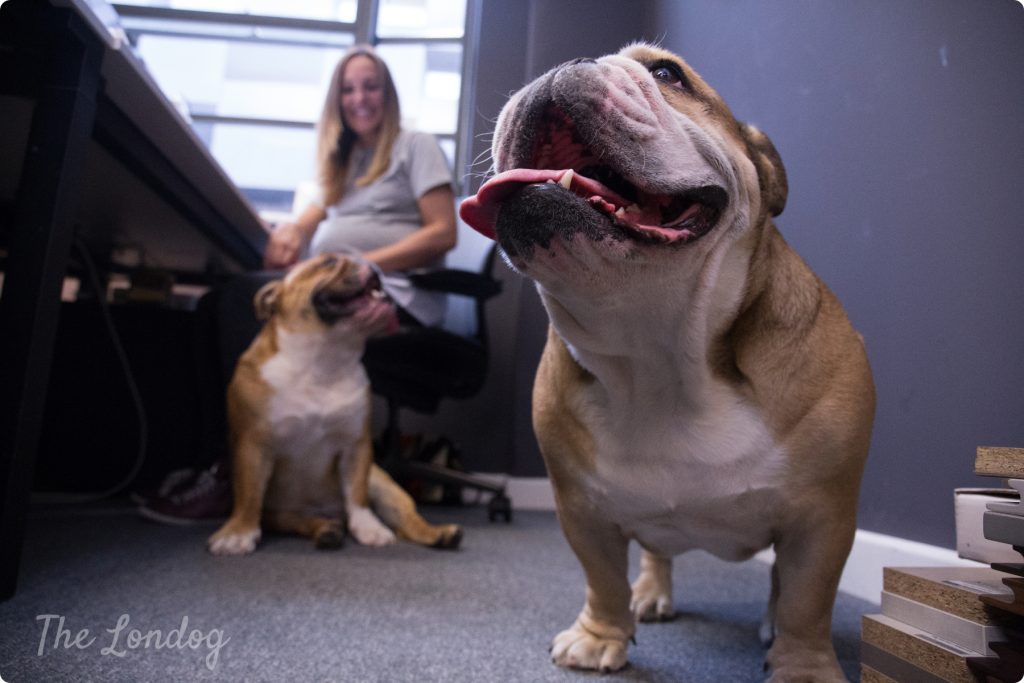 George and Harrison are the perfect office dogs. “They’re great to have around and love chilling with us all day… they take it in turns who to sleep next to throughout the day” said Michelle. “They have a big walk en route and back from the office, therefore they tend to sleep when in the office, [apart from] a mad half an hour twice a day, when they’ll play fight, or with their toys. They wake up when we’re eating our lunch, though!”

Occasionally, George and Harrison cause double trouble. “Once they caused chaos by escaping in to the office next door. I’m heavily pregnant and was chasing them around the desks… they thought it was a great game!” Michelle exclaimed. 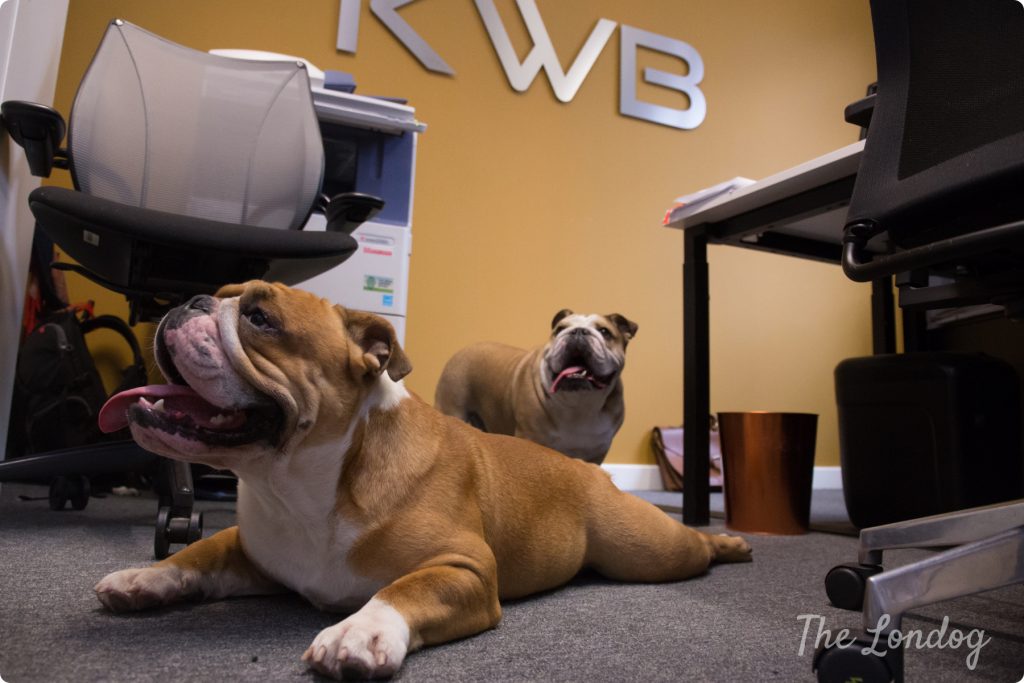 However, everybody in the building seem to adore the Bulldogs and Michelle revealed that the deli next door to the office prepares “Scooby snacks” (chicken pieces) for them!

“They are really missed if they’re not in the office. When we were interviewing our Office Manager one of the first questions was did she like dogs… it’s very important that she did. Luckily she has a Staffie called Rocky at home and therefore she loves the boys!” Michelle concluded happily.