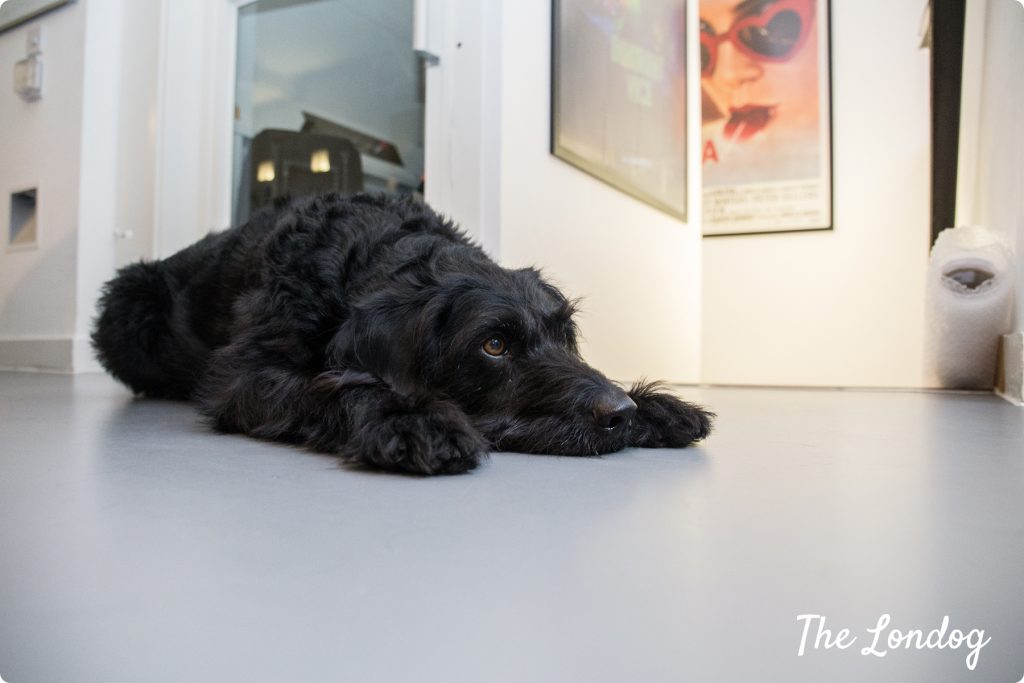 Wally is a black six-year old Miniature Labradoodle; his dad is an independent digital producer. The couple recently joined PMA Film & Television, where Wally enjoys being a “playing hard ball” member of the team. 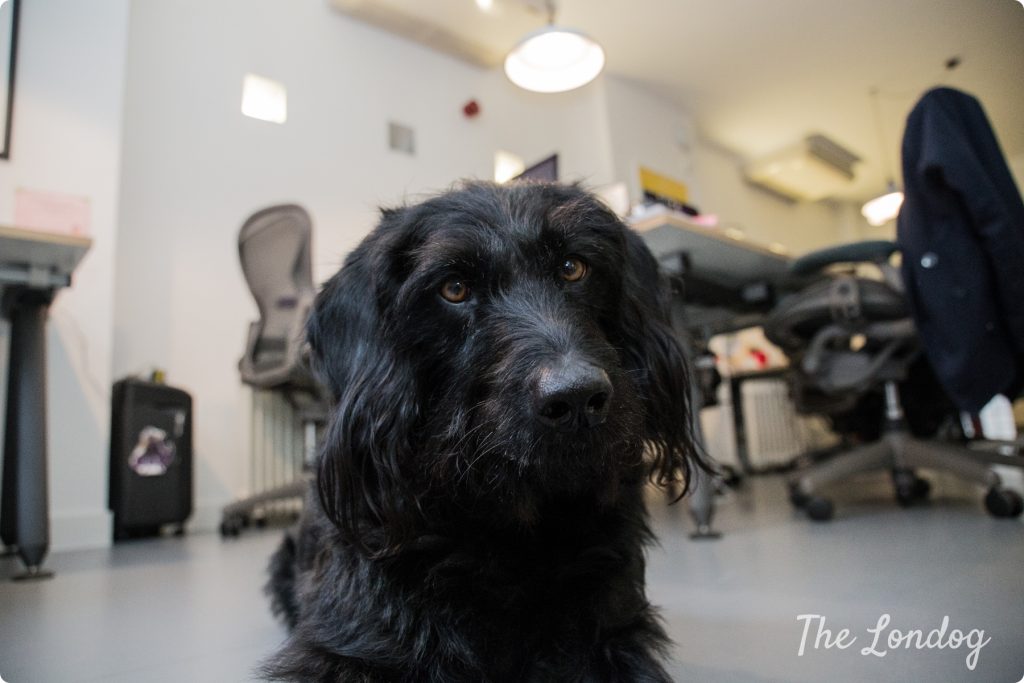 Although Wally may take his time with other dogs, he is unquestionably a “people person”. As soon as you knock on the office door he will start barking in excitement and bring over his toys to greet you politely. His dad says that he doesn’t really have any nicknames, but if you hear Doodles, Doggles, Waffledog, Snuffledoodles, being called out, there is a chance it is Tae addressing him. Unlike other office dogs, Wally doesn’t have an official job title. “He has no office designation other than potential lunch thief”, explained his human.

Talking about Wally’s personality, he added, “Wally has destroyed many things in his life, but I think his most symbolic act of vandalism was chewing up the good behaviour certificate he got at puppy training class”. 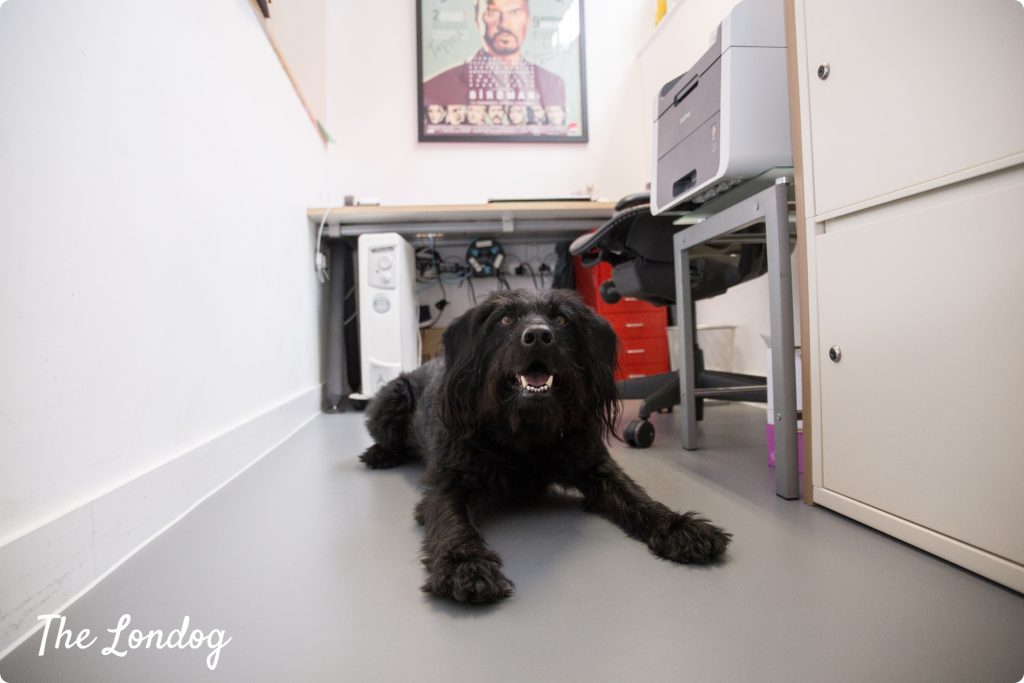 Wally is also know for…

Loving: Things that are his. He’s all about his possessions – especially shoes or tennis balls.
Hating: Anything that isn’t his – especially tennis balls. Wimbledon is a particularly difficult time for him. He also HATES getting his nails cut.
Funniest habit: Wally demonstrates playfulness and affection by circling people while holding balls/shoes/toys in his mouth and growling softly. If you didn’t know that though you might think that your number was up.
Most annoying habit: Wally has a tendency to bark at tall men, or men wearing hats – also some short and/or hatless men.

Wall of shame: Apart from his puppy class certificate destruction, on his personal wall of shame there is “that time the boss wore a hat at work and went to hug Wally. Oh boy!”

A day at work for office dog Wally 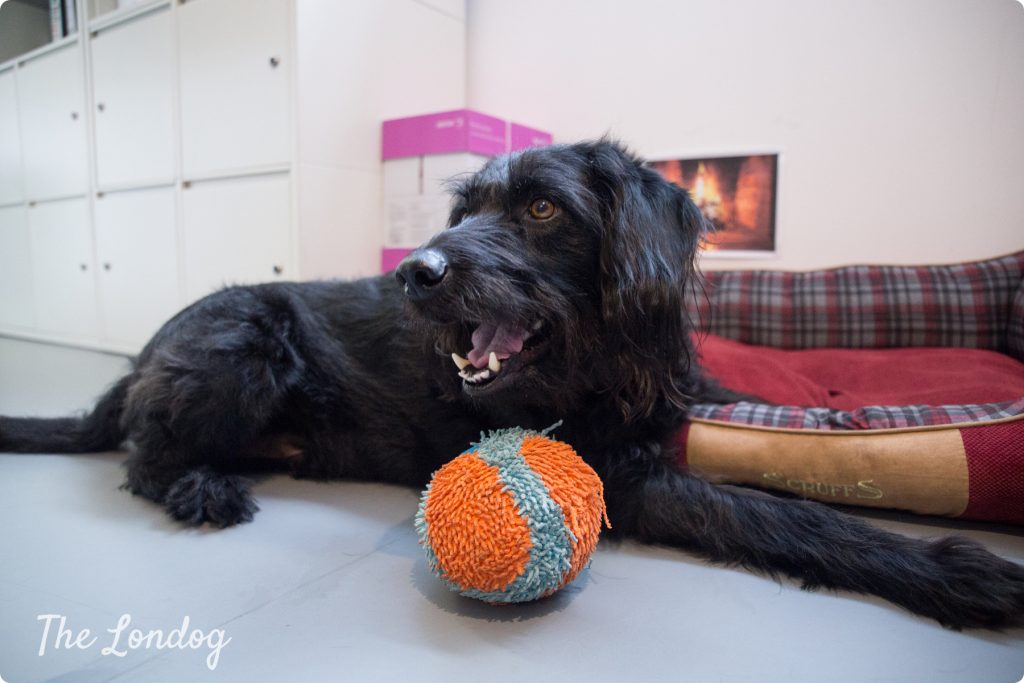 Wally is a regular at PMA’s office and you can find him at the office almost every day. “My colleagues tend to gripe at me if I don’t bring him in. Sometimes they jokingly refuse to let me in unless he’s with me. It’s meant to be a joke, but I’m pretty sure they are serious”, giggled Wally’s dad.

At the office, Wally’s favourite spot is where he has his bed, under a printed picture of a roaring fire. The second best place is in front of the main entrance. “So he’s either in sentinel mode or asleep”, he commented.

Wally and the team 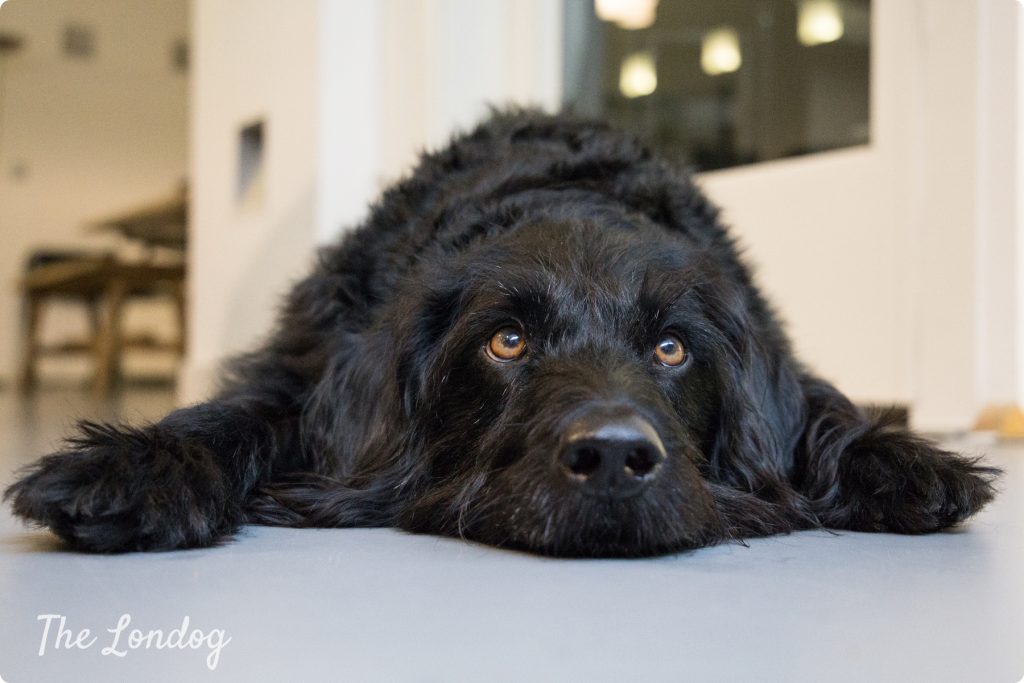 The entire PMA’s team loves Wally. “I think the team likes the presence of a dog, but I think specifically they like Wally because of his quirks, he’s well behaved (for the most part) and he tends to gravitate to each of them at least once a day with a waggy tail and a runny nose”, said his dad. “I think Wally serves as a more pleasing screen break rather than having a negative impact on productivity”.

He further explained that although Wally is currently the only office dog, he may have set a precedent, “I’m sure everyone would love more dogs in the office. All [kind of] dogs”.

“I feel very fortunate to be working somewhere that allows me to bring Wally and where everyone likes dogs”, concluded his human. “Not everyone is a dog person, so I can accept that some offices might not be the best place for a dog. Also, not all dogs are good in an office environment. So I feel pretty lucky that it’s worked out for everyone”. 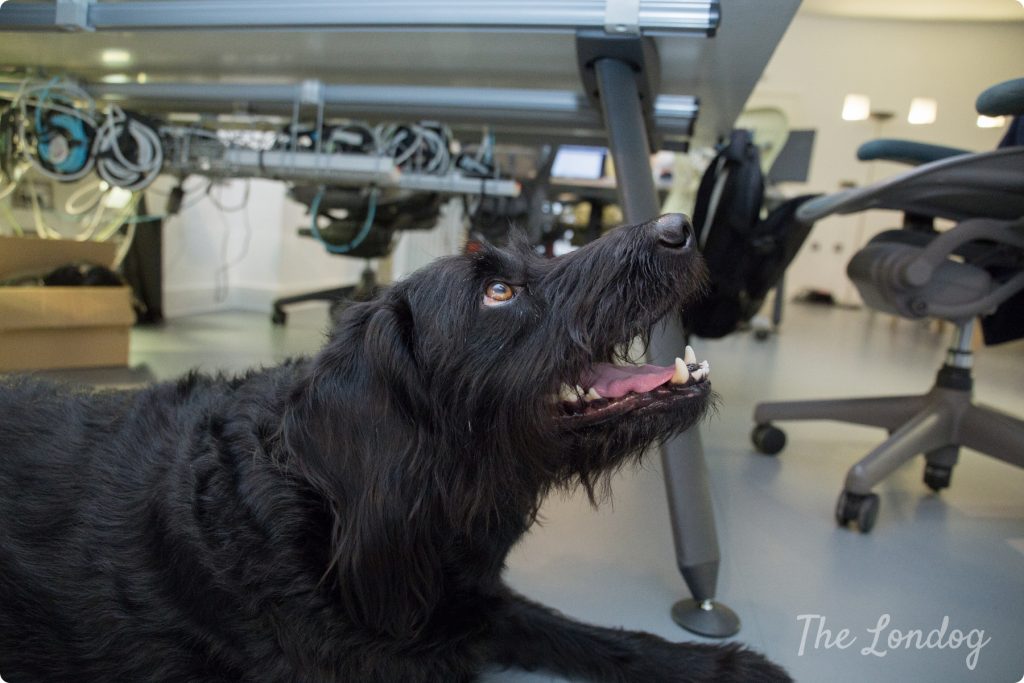 Tomorrow we’ll dive into the agencies world, to meet a studio dog manager, a Miniature Schnauzer with a big personality… stay tuned and read his story from 24:00AM BTS on the blog! In the meantime… can’t wait to learn more about the Series and how you can get involved? Read here.