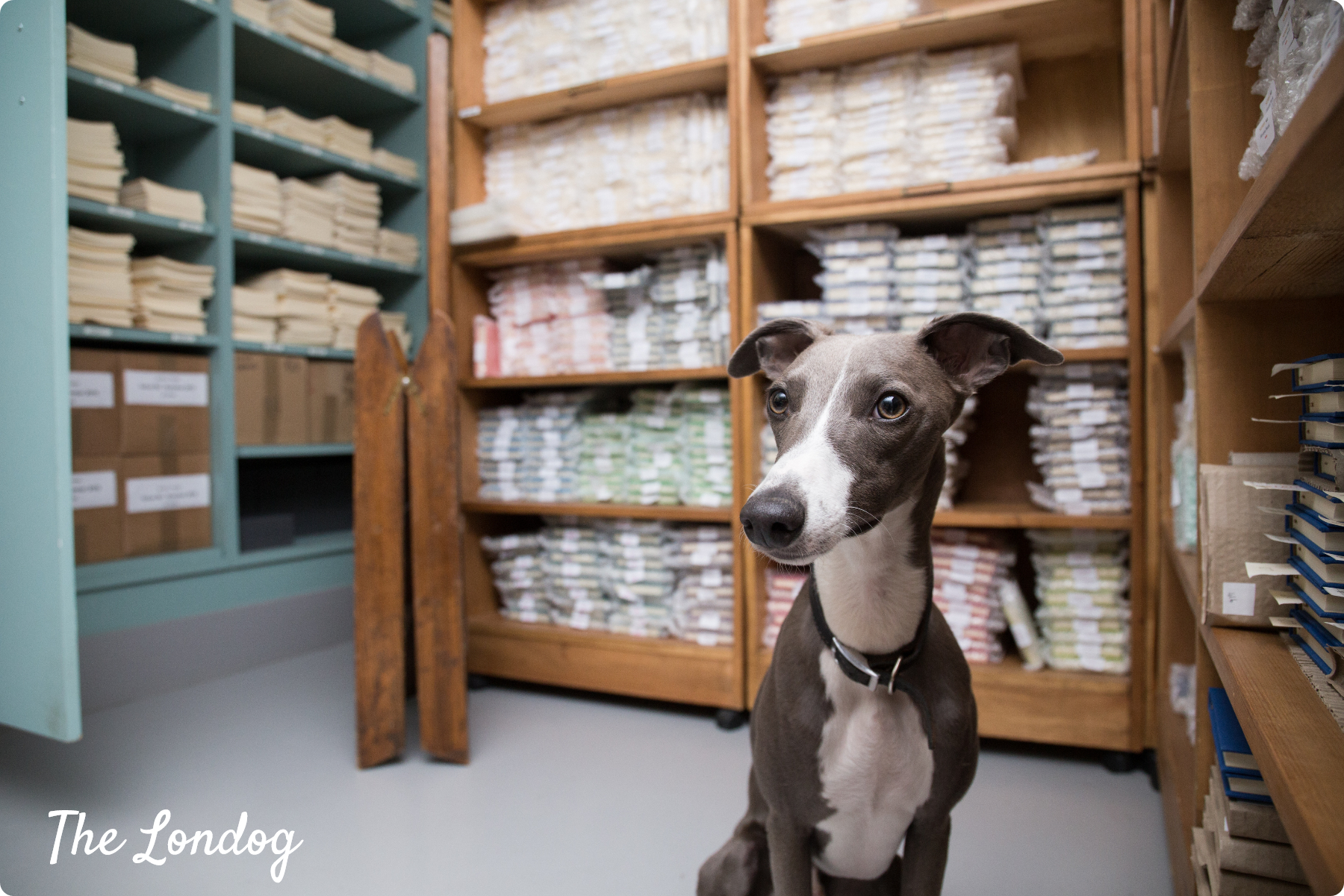 Tarka is an one-year old blue Whippet who hails from Kent, and splits his time between Deptford, Shoreditch and Suffolk. Jen and Tom belong to him, since they fell in love with him when he was 5 weeks old, and he takes Jen to work at the independent magazine and book publisher Slightly Foxed in Hoxton Square most days. 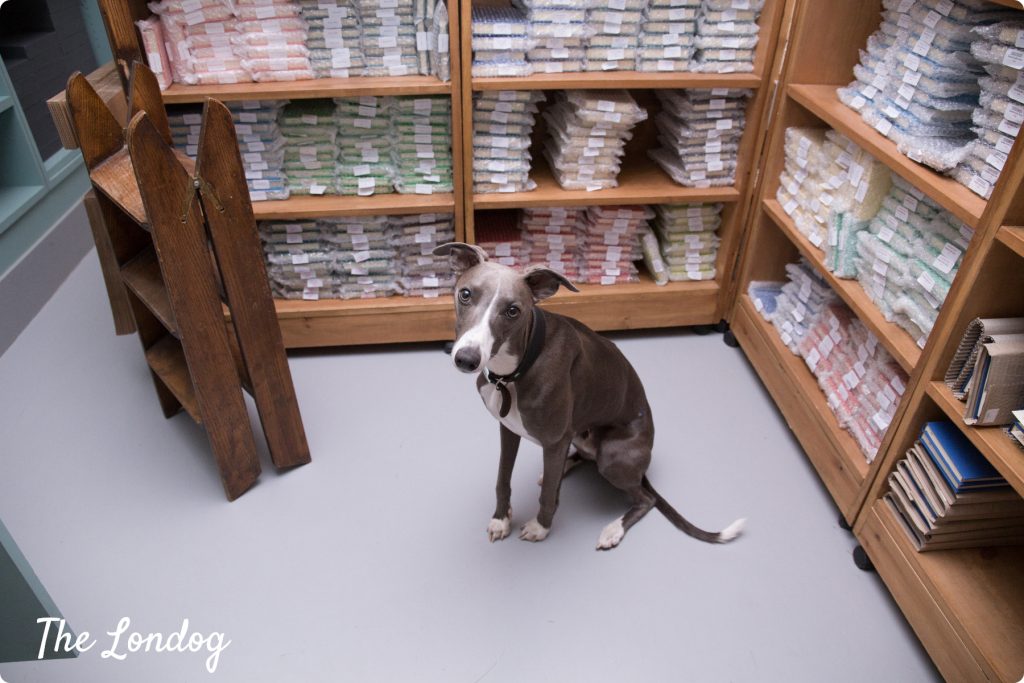 Tarka has the all graciousness and gentleness that Whippets have. He comes close to say hi and check out the treats in my bag and soon wonders off back on the sofa.

“Tarka is, of course, devastatingly handsome and very sweet-natured and cuddly but he is also abominably lazy and has kleptomaniacal tendencies”, tells Jen. “As befits a literary dog, he’s named after Tarka the Otter, from Henry Williamson’s classic nature novel of the same name. Many people mishear this and think he’s called Tucker, or Tarquin, or Parka – which we can’t always be bothered to correct – so he answers to any of those.”

Tarka and Jen’s commute involves taking a train and Jen likes to bring him for a walk at the park before heading to the office. On an occasion, their journey to work took an interesting spin, after he “rolled in something disgusting and possibly fox-related in Southwark Park and then tried to rub himself against everyone on a very busy train. Luckily we have a bath in the office so he was thrown in there on arrival”, recounts Jen.

Tarka is also known for…

Loving: Swimming in rivers, having long baths, eating bread and cheese, rolling in disgusting-smelling things, stealing socks, chasing Olive (an 8-year old black cat Tarka is utterly in love with. Sometimes this love is requited, mostly it’s rejected) and hanging off Stanley’s ears
Hating: Going to the v.e.t.
Funniest habit: Sneaking into the bed once everyone gets up and pretending to be dead, standing on the kitchen table at home eating the cat biscuits, trying to make Olive clean him.
Most annoying habit: Destroying cushions and eating paperback books. Luckily he prefers fairly trashy fiction so far, but if he gets a taste for limited-edition hardbacks then we’ll have a problem. 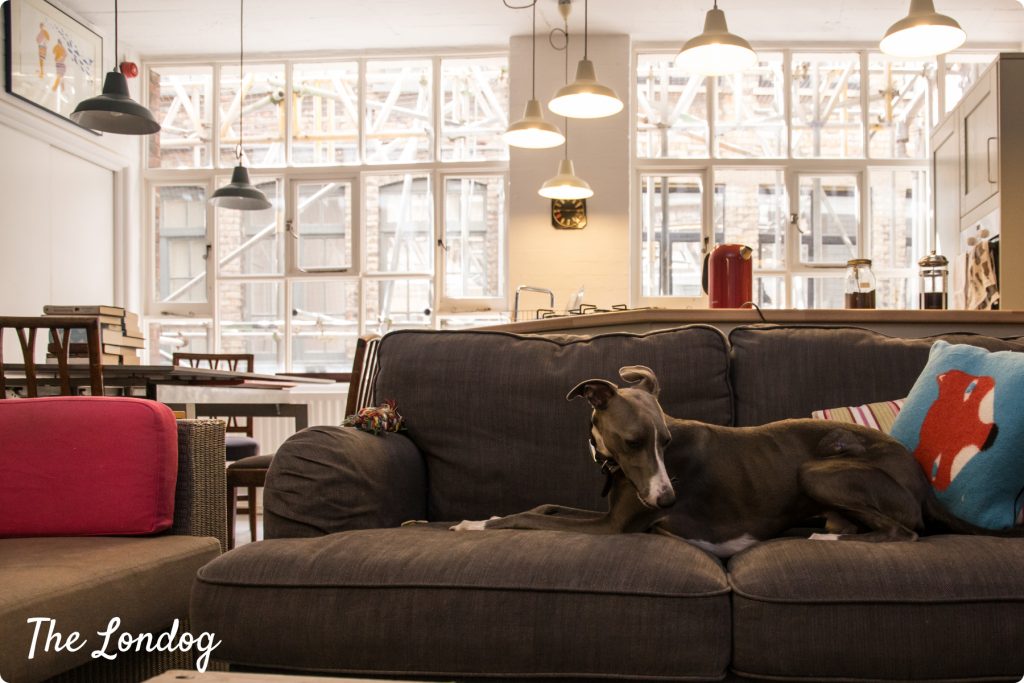 Tarka’s days at the office

Slightly Foxed’s office has had the pleasure to have Tarka around since he was 8 weeks old. “He was carried around in an old Billingham bag to begin with – a habit which was hard to break. He refused to walk for months, having got so used to being carried around!”, giggles Jen.

As a puppy, Tarka was even more cute, as I can see from the photo Jen shows me of him as a cherubic little creature; it took no time for him to become the darling of the office and earn a number of nicknames. “The girls call him Dobby, thanks to his facial expressions and ridiculous ears. He used to be called Shredder but we had to stop that after an episode with some printer labels. He also gets called Battersea when he puts on the most ridiculously pleading face when he thinks he might be left alone”, recounts Jen.

On the odd days, other two dogs join Slightly Foxed’s crew. When that happens, Tarka gets to enjoy play rounds all day long, while otherwise he likes to simply chill out. “When he’s on his own, he does absolutely nothing! He goes to bed under my desk on arrival and wakes up on departure. Sometimes he gets up to wander over to greet incomers, but more often than not, he really can’t be bothered”, says Jen. 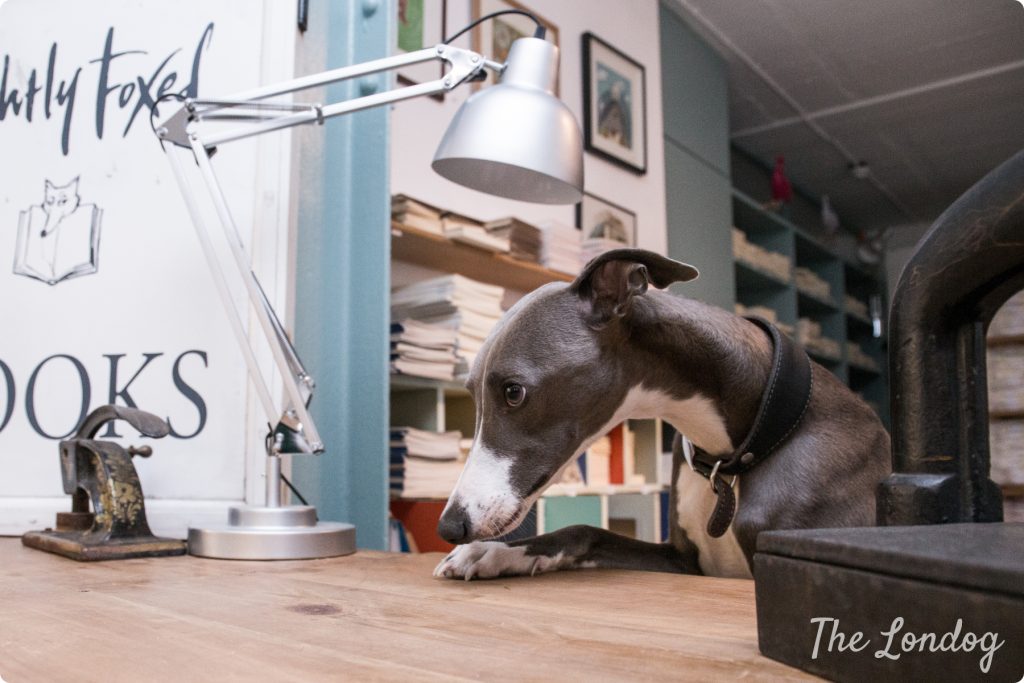 However, Tarka is also very cuddly. “If anyone sits on the sofa to read then he immediately wants to sit on top of them and be cuddled. Sometimes this is also incredibly irritating, like when you’re trying to eat lunch”, adds Jen.

Speaking of eating, Tarka has a debatable taste in fact of food, as he proved the time he ate a large quantity of self-adhesive printer labels during a meeting. “We had to abort proceedings to perform the Heimlich maneuver on him”, confesses Jen. 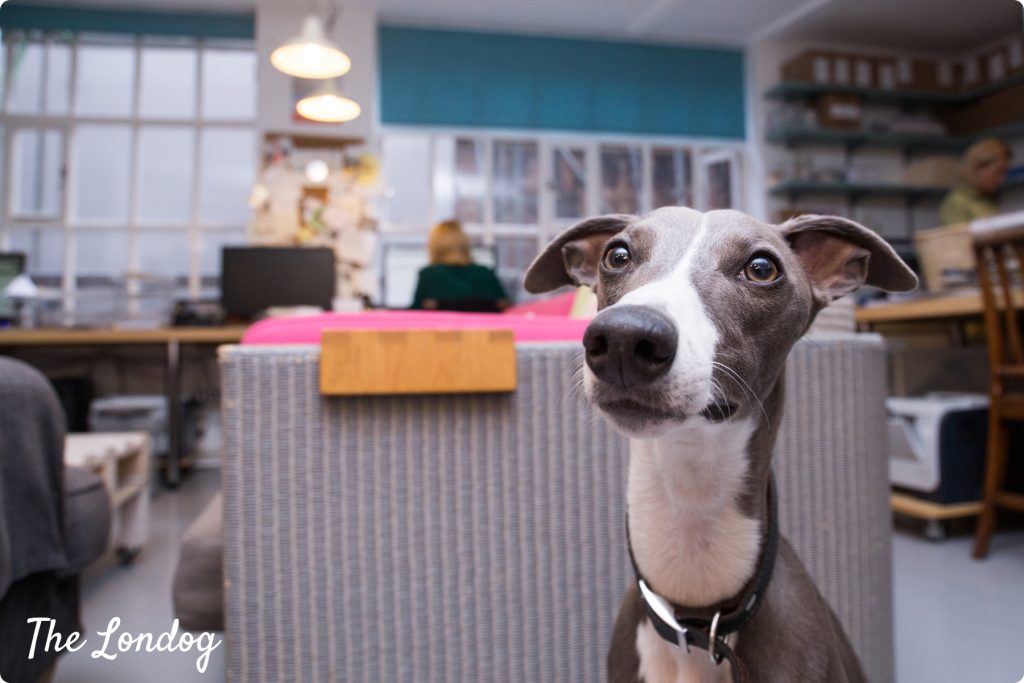 Slightly Foxed has a well-oiled dog culture and one could say that dogs (and cats) are something that gives the company a further sparkle. “We’ve always had dogs here on and off”, explains Jen. “Stanley (red roan) and Chudleigh (blue roan) are Cocker Spaniels who belong to our Editor Gail. Before them we had Pugwash and Jennings and occasional visit from Coco and Murphy (also all Spaniels). We’re all animal lovers and between us are owned by 4 cats and 6 dogs at the current count. We couldn’t be further away from a corporate outfit here and, being able to bring our dogs to the office makes it possible for us to have dogs in our lives – we couldn’t do that if we had to leave them at home all day.”

“Having dogs around is a lovely distraction from computer screens and a spot of dog-cuddle-therapy can usually treat any stressful situations”, concludes Jen. 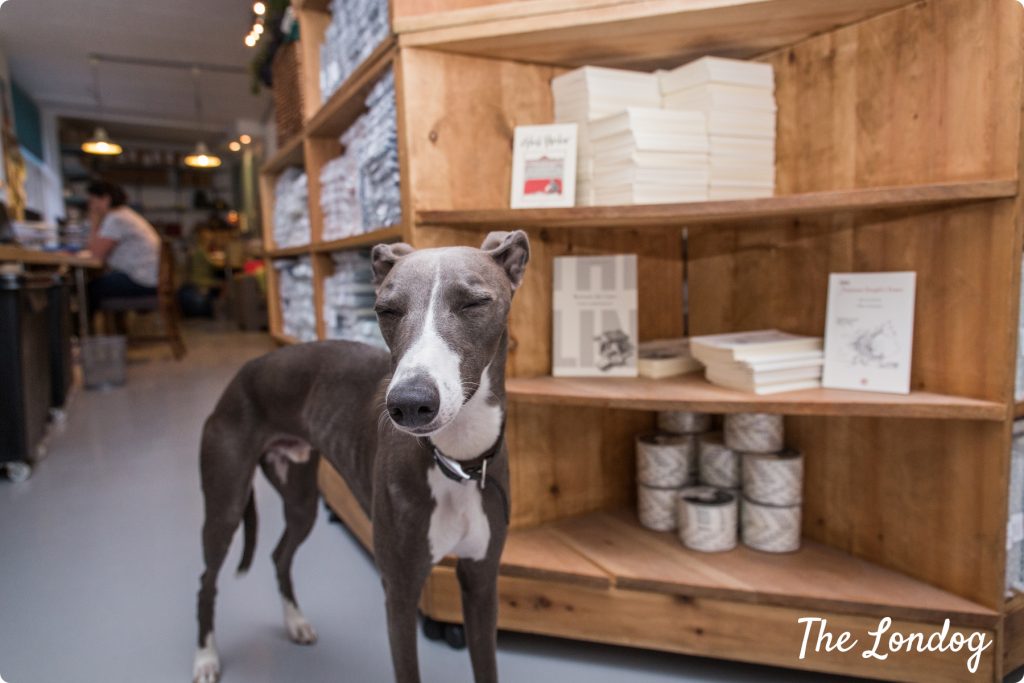 Tips for survival with an office dog on duty