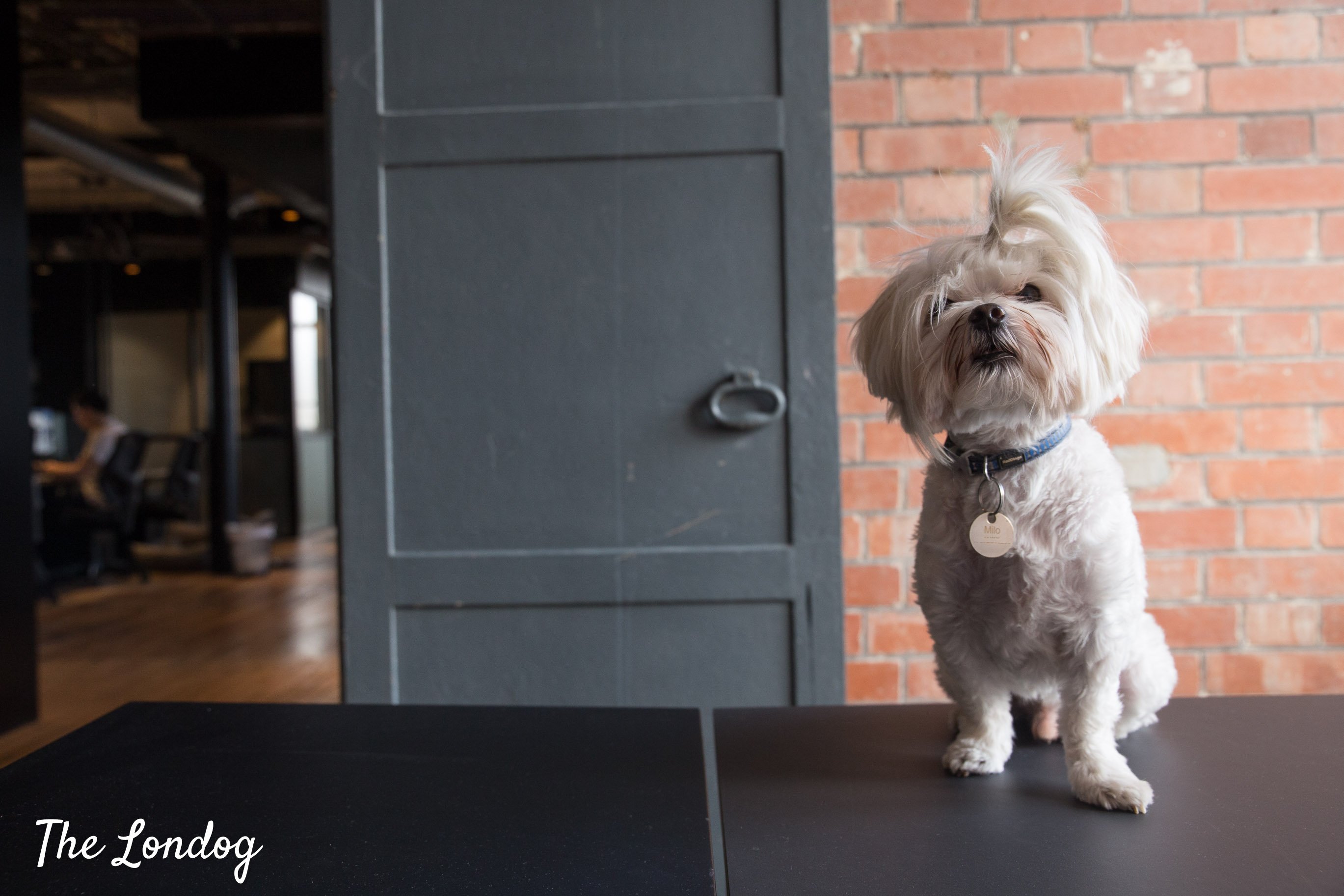 Milo is a five year old Maltese terrier, who was born on a little farm in Wiltshire and moved to the big city at 8 weeks, joining Rosie in her job. He is the mascot of LFA Agency, a PR business HQed at cool coworking space The Ministry, in Borough (previously featured in our dog-friendly workspaces guide). Milo is even listed as LFA’s Chairman and his human Rosie says he takes his role very seriously. 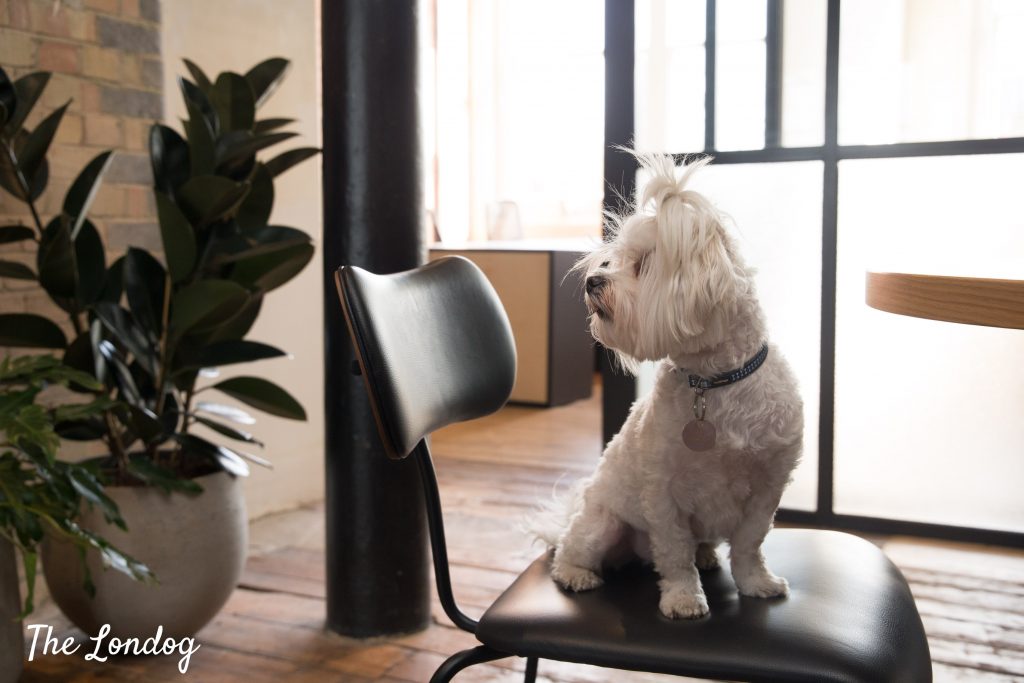 As I get out of the lift on the fourth floor at The Ministry, I find myself in front of LFA’s desks and Team. Milo is intent eating/drinking under a desk, but as he comes out I am amazed how bigger I thought him from the photos of him LFA had shared, but full of character!

“Fluffy, feisty and loyal are easily the best 3 words to describe Milo,” says Rosie. “There are so many little quirks that we love about him! He has some ‘interesting’ sleeping positions, his little chicken legs in the air and belly out is a particular fav! He also always has to rest his head on something; if he’s up on your lap you can guarantee he will rest his chin on the arm rest or the edge of the desk as you work. He stares quite a bit too. He has those eyes that just seem like they see everything and he likes to lock gazes with strangers all the time; it can be a bit unnerving.” 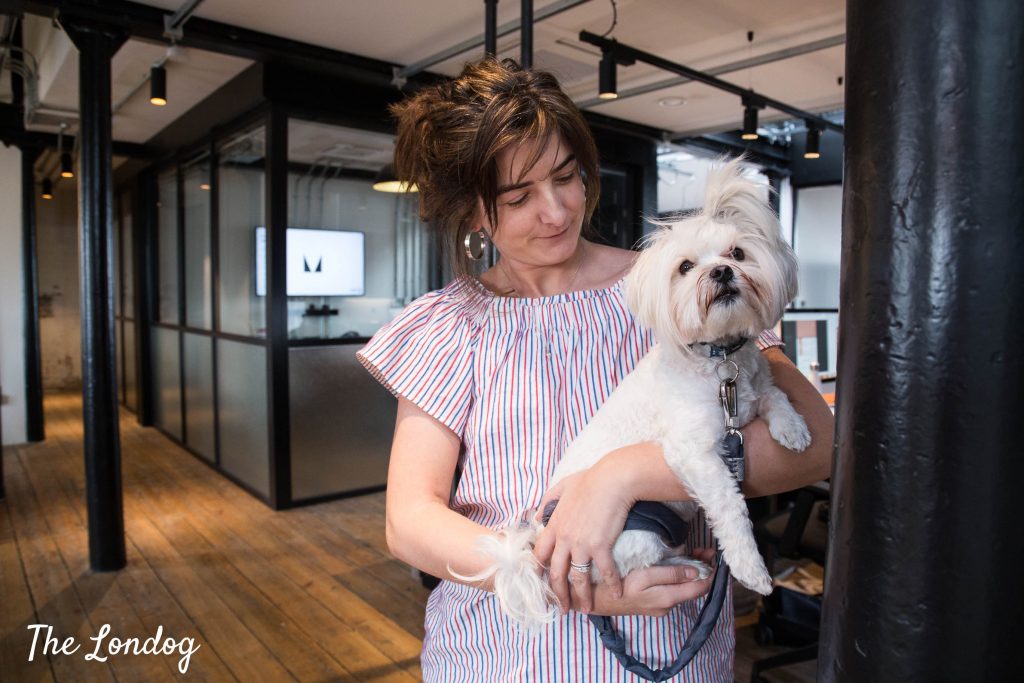 Asking who would he be if he was a famous character sparks a Team debate. Some suggest Harry Potter’s character Professor Snape, citing that he is very stoic and a little dark and mysterious but actually you realise he’s doing everything out of love and he just wants to protect you. Another popular suggestions that comes up is Dennis the Menace.

Milo also is known for…

Loving: His mum above all else. Although his human work-wife, Cecilie, is a close second and popcorn would probably take third place.
Hating: Scooters and men in hats.
Funniest habit: A trip to the pet shop can be quite entertaining! He’s a bit of a papered pooch so he will sit in front of toys and treats that he wants and just cry until I cave out of pure embarrassment!
Most annoying habit: His destructive tendencies! He cannot see a tennis ball without wanting to destroy it and don’t get me started on the lovely expensive bed that he decided to dig a hole through. 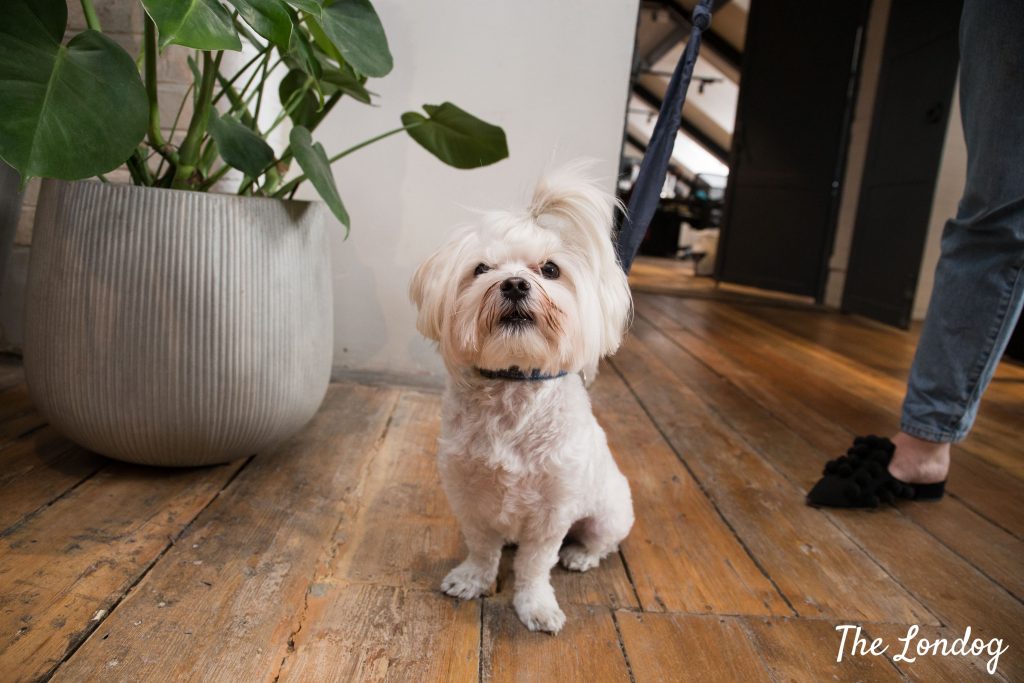 LFA Agency used to be located at coworking space Uncommon, in Borough, but they recently relocated at The Ministry, just behind the Mercato Metropolitano in Borough. For Milo, whose office life started as a puppy, in Brixton, this marks the second office move of his career. “He doesn’t love the change at first but he soon settles into his new space and he’s back to his spunky self in no time,” comments Rosie.

His daily routine at the workplace is quiet and relaxed. “He’s definitely a man of simple pleasures; he loves sleeping, taking any left over food off of your plate, cuddles and is partial to the occasional toy but he can be a little bit picky,” says his coworker Jasmin. “Milo’s favourite spot is most definitely on someone’s lap preferably with close proximity to Rosie so that he knows where his mum is at ALL times. Eat, sleep, cuddle, repeat is basically Milo’s motto. He’s not much of a mover but he is prepared to suffer being passed around as long as there are lots of cuddles to be had.” 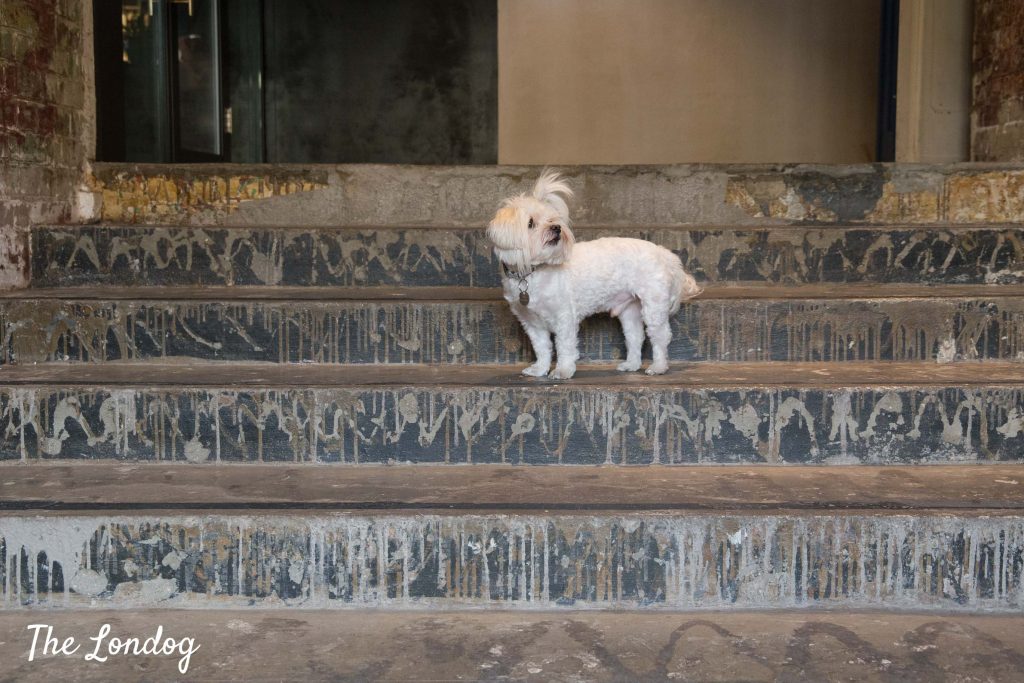 As we visit the various floors, at The Ministry for some more photos, I am struck that apart from its cool fittings, The Ministry’s coworking space seems to keep an intimate atmosphere, which lacks in some other offices. I don’t spot any other hound on any of the floors, but I know that there are a few around. Milo seems to be in the mood of posing – which Rosie explains is not always the case -, as we make our way to the ground floor for to check out the concrete stairs at the entrance.

Rosie tells me that a little stroll and a quick train into London Bridge is how Milo starts his normal working day. “The move in March now means that the walk after the train is a little longer and he definitely feels the extra 5 minutes cardio but I don’t think he’s complaining as it means he can fall asleep even quicker when he gets into the office! He’s a bit of a cosmopolitan dog; so as long as he’s stopped by a few trees on the way, he does love to be in the hustle and bustle. ” 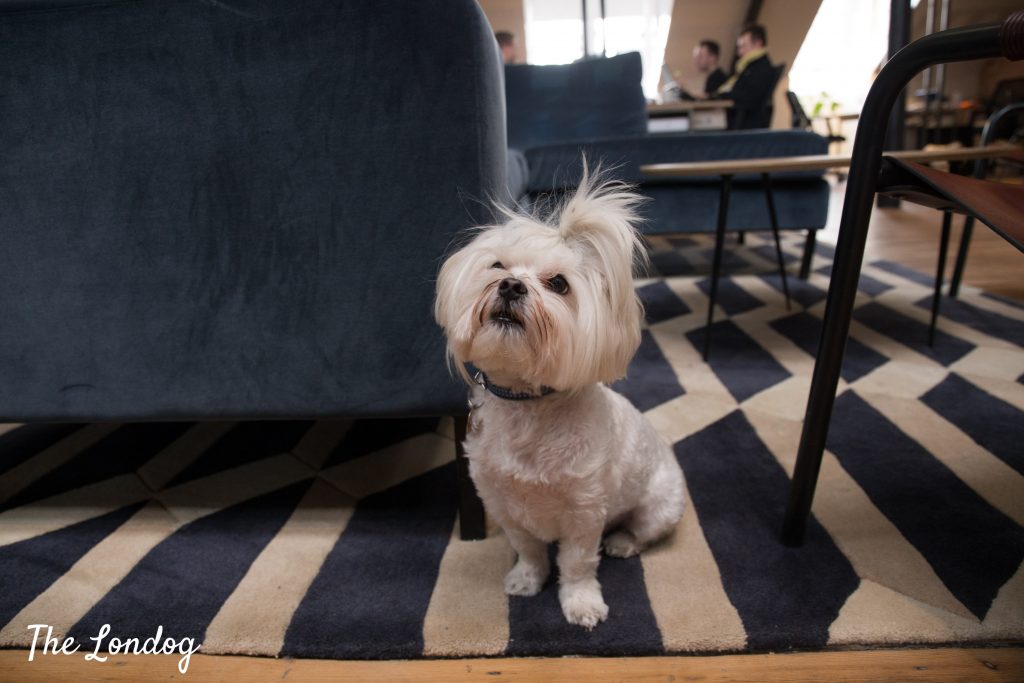 The area around the office is fairly dog-friendly, so lunch breaks and after work are easily sorted. In fact, there is Mercato Metropolitano just out of the door, where one can try so many different cusines, and Rosie and Milo often pop there for lunch. “The Ship pub is our new local and dog-friendly so you’ll often find us in there, more so after work than on our lunch break but it is still a favourite. His local favourite is probably Jose’s on Bermondsey Street, though, as he’s allowed to sit on people’s laps and he loves getting passed around and having all the extra cuddles,” adds Rosie.

The effect of office dog Milo on the Team 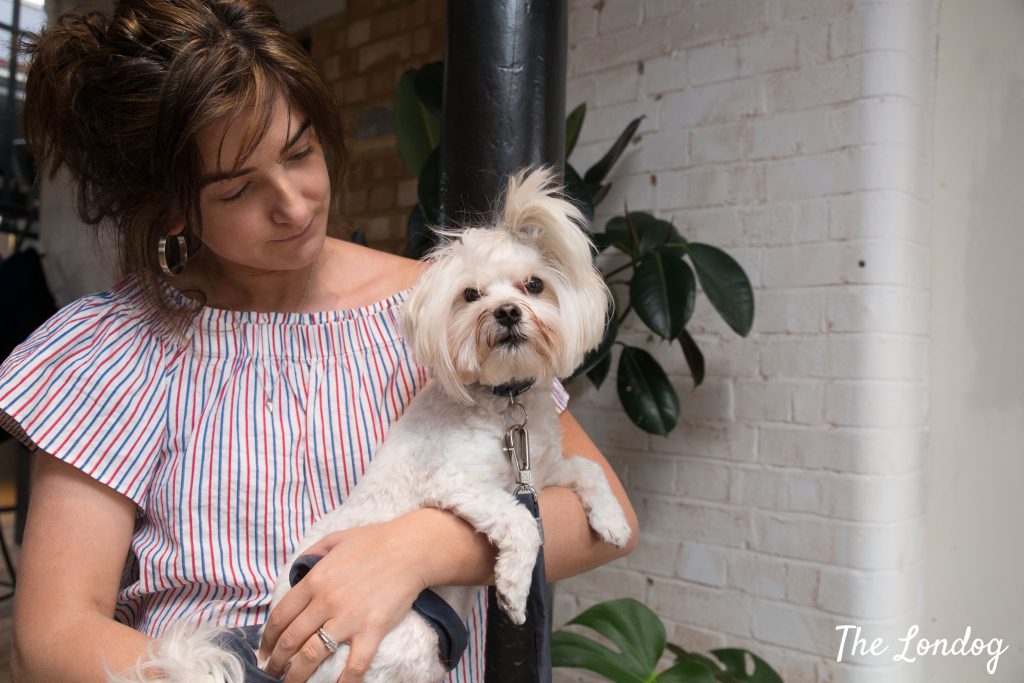 “Milo is basically the entire team’s main form of stress relief! He’s always available for cuddles and some extra love when we need it. Plus whenever he decides to have a goofball moment it gives everyone a good laugh,” notes Rosie.

“The biggest challenge is probably after work, if we want to do something as a team that isn’t dog-friendly, Milo basically makes the idea impossible. So we have to be very strategic with what we decide to do; everything does revolve around him a bit but only because we’re all so in love with him,” she adds.

The essentials list for Milo is “basically every dog’s dream list: toys, chews, a comfy donut-shaped bed (he can be a little particular about his bed!).” And TOP TIP: “There is no such thing as too many cuddles!” 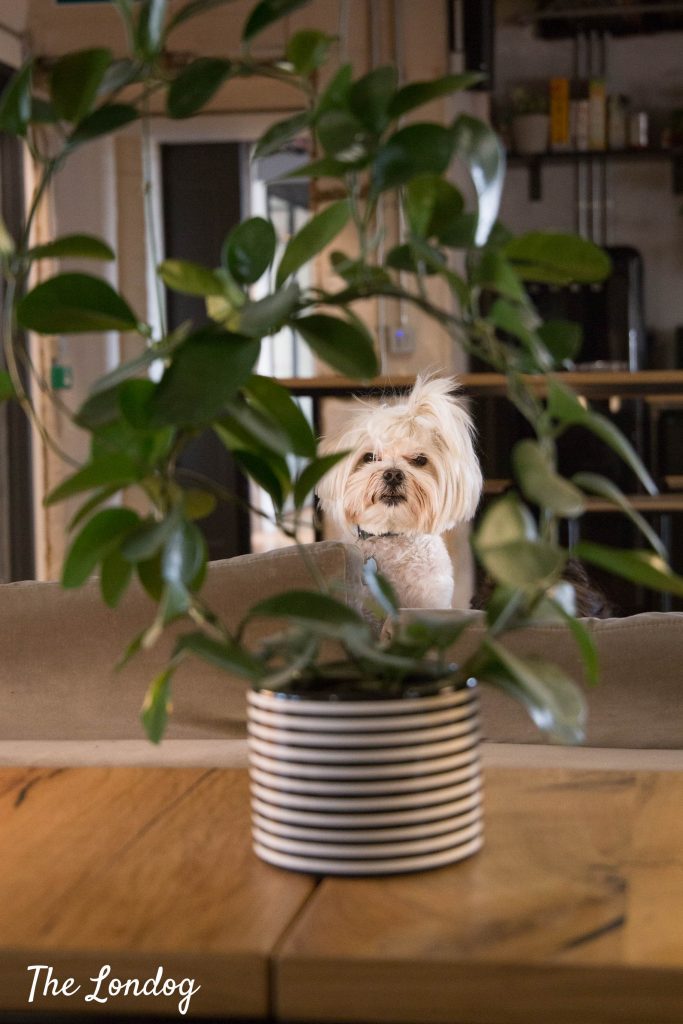