By The LondogDecember 3, 2019No Comments 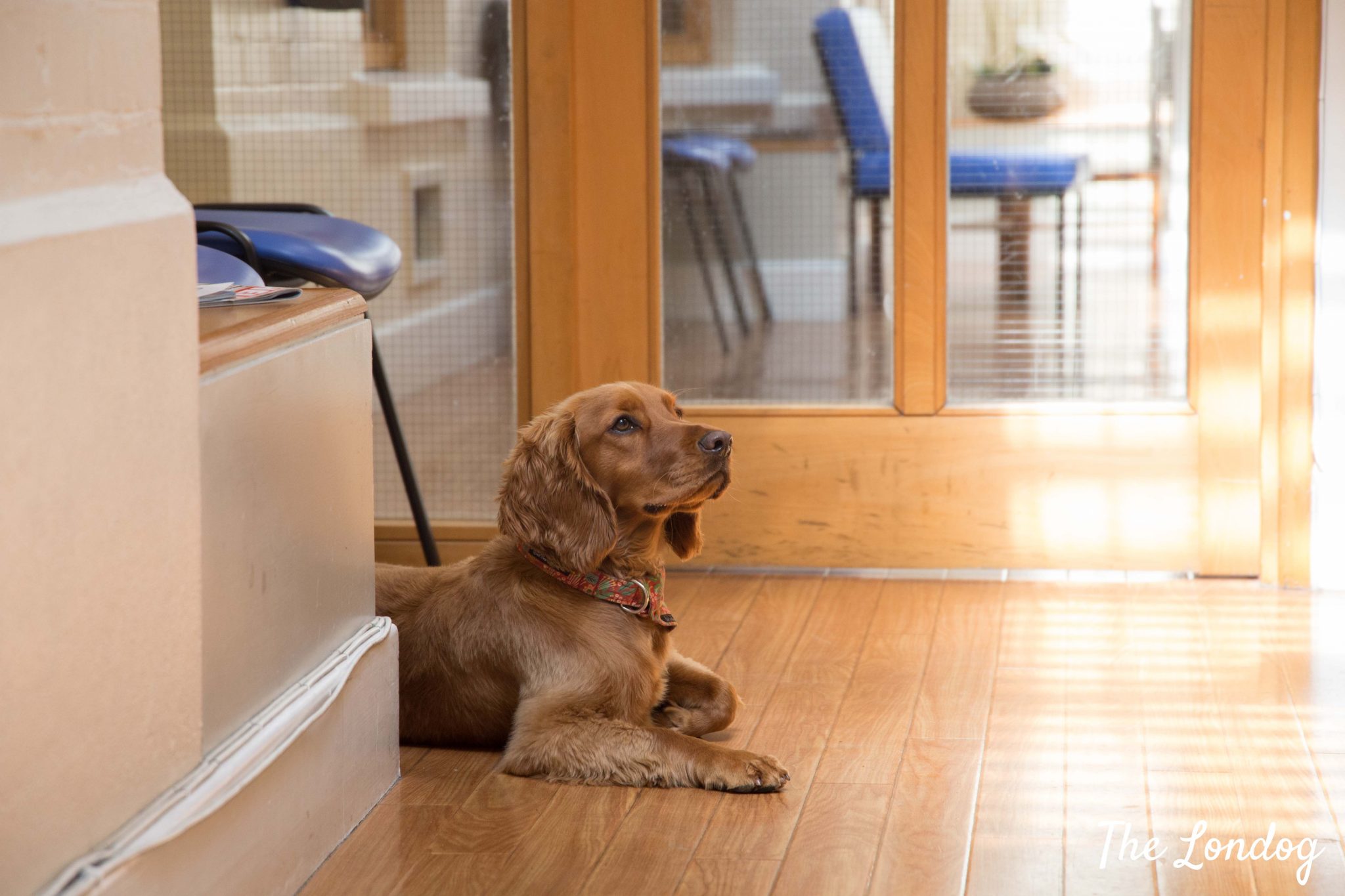 Today in the Office Dog Series, we have a special story… the first GP practice dog we have met. Hector is a joyful and active two-year old working Cocker Spaniel who, a few days a week, follows his dad Tim at his NHS GP practice in West London. This is what he gets up to. 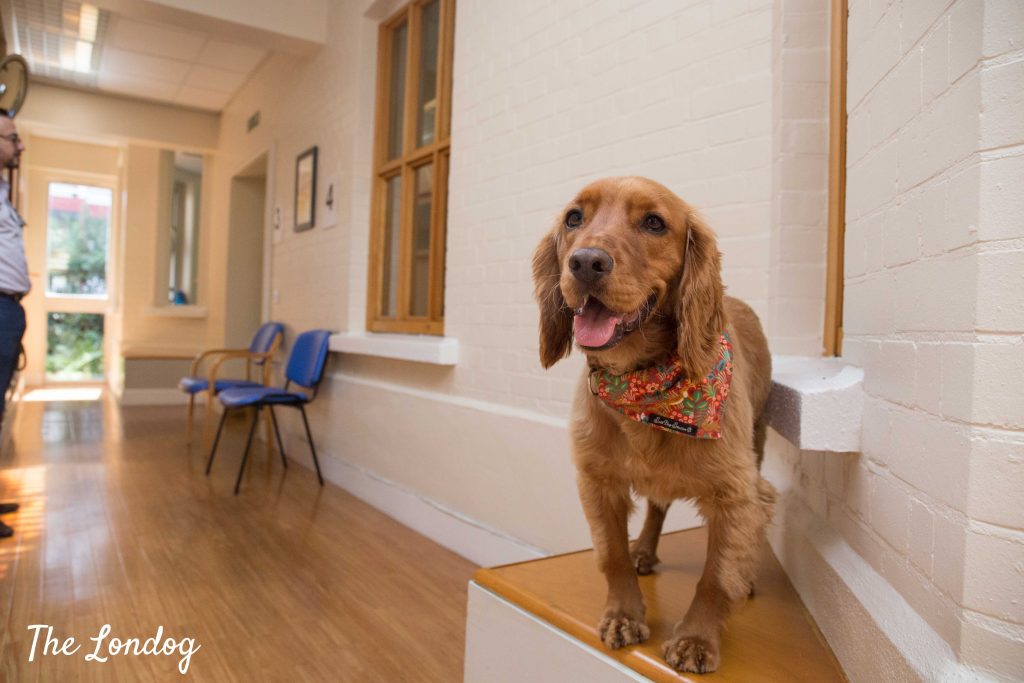 Tim is lucky to run the GP practice he works at and initiated Hector to office life since he was a puppy. In fact, before Hector (aka @Hector Specter), Tim had another Spaniel, Maisy, who had been a regular at the practice for seven years, before she unexpectedly died from widespread lymphoma. She contributed to the creation a dog-friendly work environment and it was natural for Hector to follow her path.

Having a dog at the practice played well with the setting of the practice. “My office is connected to and looks after a residential facility for several hundred war veterans who really enjoy meeting Hector on regular basis,” explains Tim. “Many of the patients have mental health problems and it’s nice to see their eyes light up when they come across Hector.” 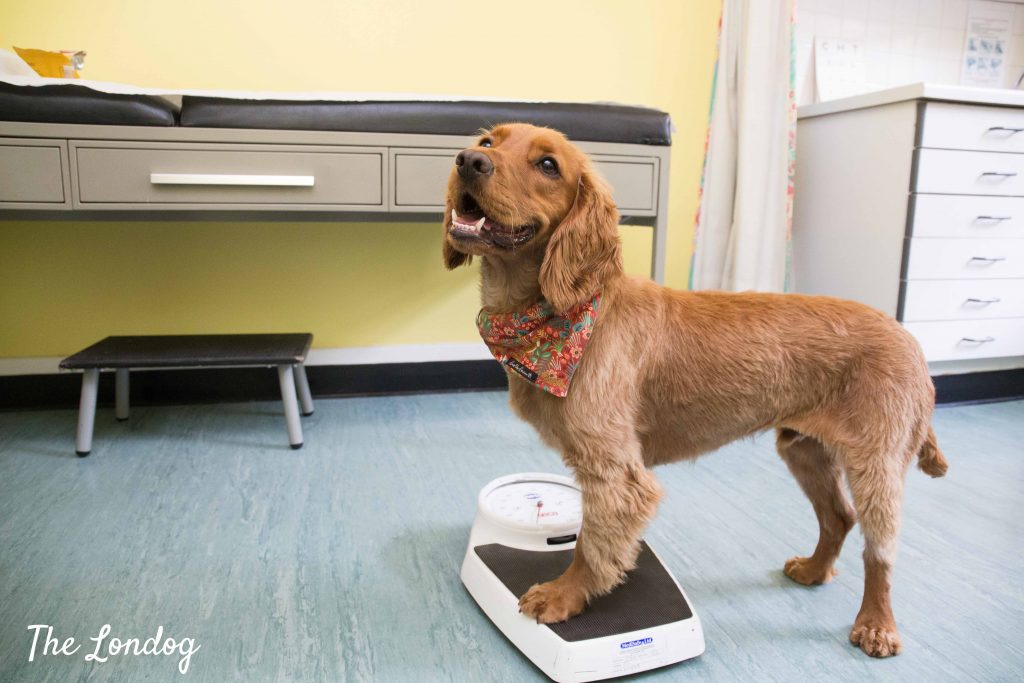 Tim tells me that, unfortunately, veterans living in the estate are not allowed to keep their own pets, and some of them even had to give away their dogs in order to be homed in the development. Such a shame, considered that dogs can have an incredibly beneficial effect in instances of post traumatic disorder, among other conditions, but at least Hector is there to help.

“He gets on with all the team at the medical centre,” continues Tim. “I do, however, keep control of where he is as some people have phobias or allergies so it’s important for health and safety that he is restricted to certain areas. I think it’s good for my mental health too having Hector around as I always have to make time to step out and think of walkies! Being a GP these days is a stressful, demanding job and it’s easy to let it get to you. Being forced to take a step outside several times a day, rain or shine, gives one time to stop, reflect and contemplate actions of the day, patients you’ve seen or take a break from the mountain of paperwork!” 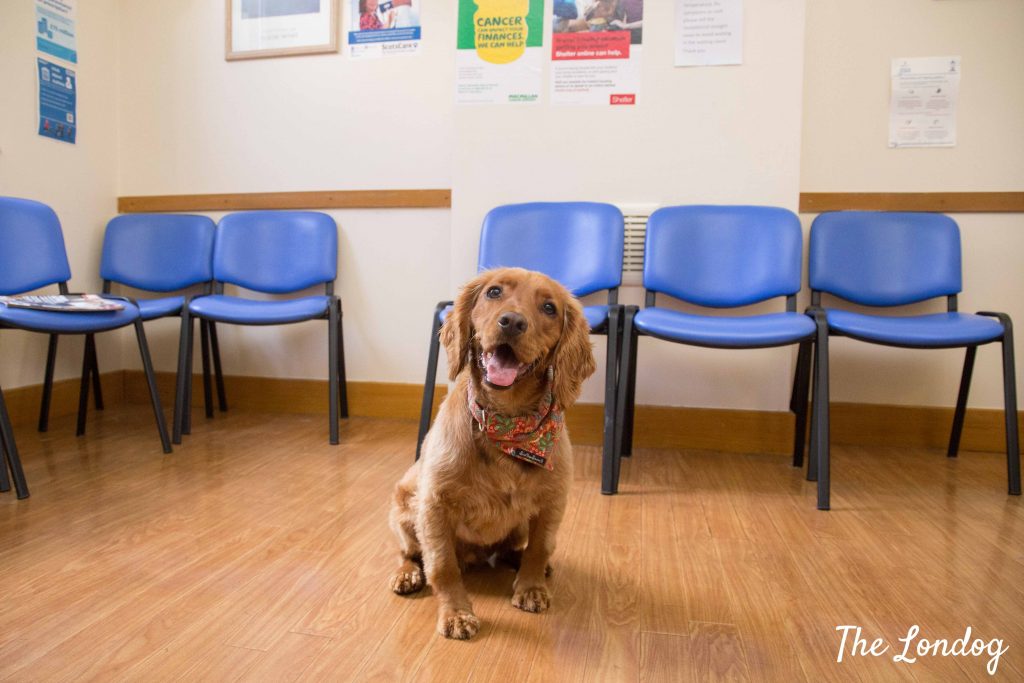 “I’m very lucky to work near so many green spaces so lunchtimes usually involves a walk round Eel Brook Common where we meet lots of other dogs,” adds Tim.  Also their morning travel to work may comprise a stop at the park. “Commuting is very weather dependent so can involve cars and tubes, but his favourite is to walk through the parks and commons to have a play with other dogs on the way!”

Often described as a crazy, busy, inquisitive dog, Hector definitely has a lot of energy in true Spaniel character. At the same time, “he is overwhelmingly friendly to men ,women, children, and other dogs! He has the sweetest nature of any dog I’ve had or met. He is incredibly social and from an early age has travelled on public transport and visited dog-friendly restaurants (favourite restaurant is Bellanger). People always stop us to have a stroke and a chat which I love,” Tim says. 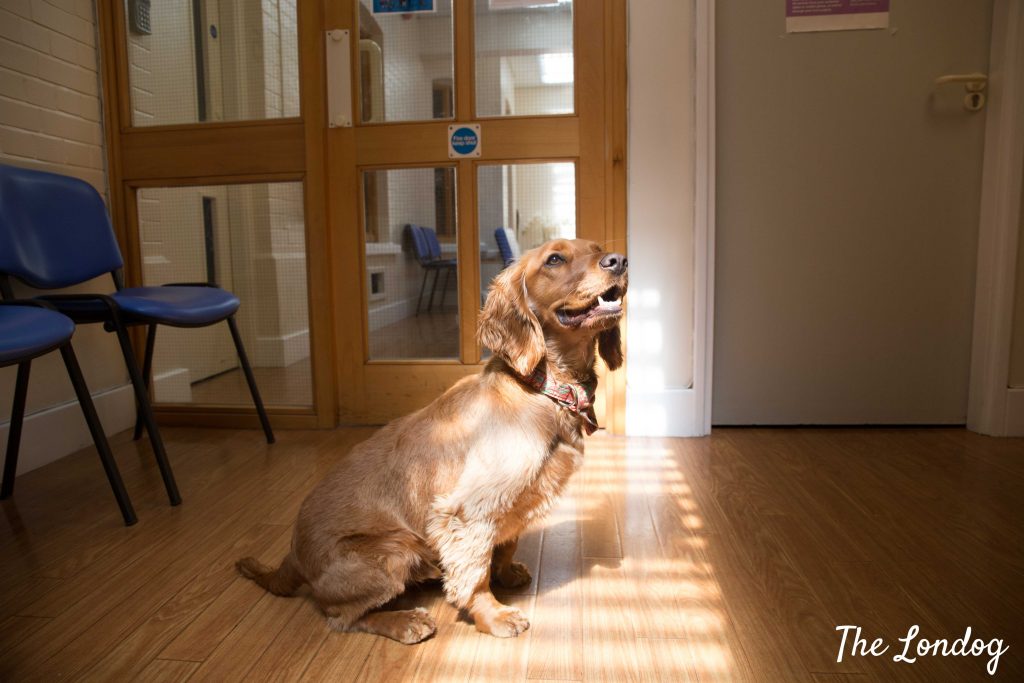 Sometimes, Hector gets a well-deserved break from office life and goes to a doggy day care in the countryside, where he has a blast, as proved by his excitement when the van pulls up their road – and his tiredness when he gets back. His well-travelled life doesn’t end there, with weekends filled of appointments like hanging out with his dog friends, to recharge for another working week. He recently decided to eat ALL the guests’ food at his friend’s Oscar the Chichi’s birthday party – filmed for a tv programme -, and he strutted at his second Love My Human’s dog catwalk in Kings’ Road this Autumn.

“I would recommend anyone to have an office dog if circumstances allow. He makes a huge contribution to my working day and another reason for me to have the privilege of loving my job,” concludes Tim.