By The LondogSeptember 4, 2019No Comments 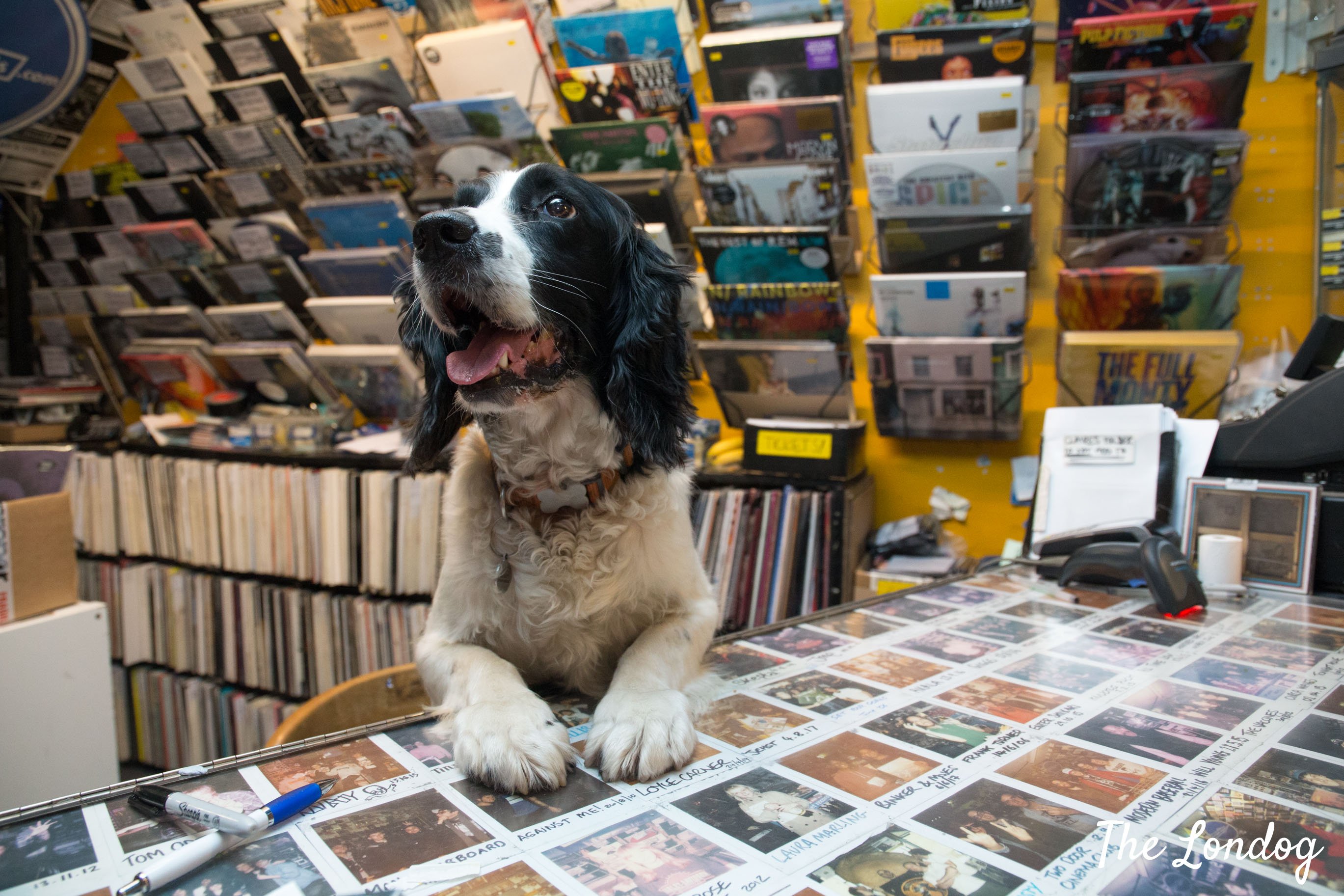 Record shop with own label and club nights Banquet Records, in Kingston, is an institution for indie and punk music enthusiasts, having hosted gigs by artists like Will Young, Artic Monkeys and other big names. After discovering it by chance in occasion of a gig by Bastille, I also learnt that, at times, 7-year old Springer Spaniel Freddie hangs around Banquet Records’ store and gig venues. In this third feature in the 14th edition of the Office Dog Series, you can discover his story. 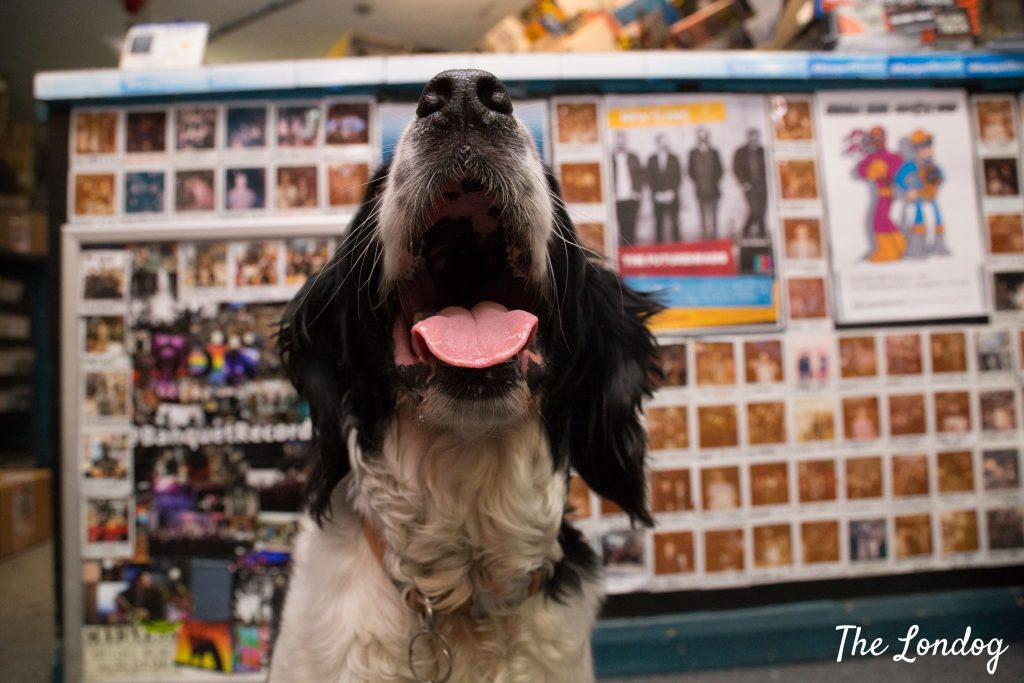 While Freddie once made an appearance on Banquet Records’ social media manning the counter, he is not a regular guest. “Freddie is not my, or Banquet’s dog. But I love him as though he was. My favourite dog I’ve ever met,” says Banquet Records’ owner Jon Tolley. “[He] is owned by my friends Fiona, Richard and Olivia Boult. We often dog sit for them when they are away on holiday or just have particularly busy times at work. That might be a day here and there or a week if they are out of the country.”

A rescue dog, Freddie is unsure of everyone at first, recounts Jon. “When you say ‘hello’ you need to go beneath the jawline so he knows you’re not out to hit him. But he is anyone’s for a ball. He is VERY good at catching, is not interested in other dogs, doesn’t like when people have the audacity to drive a car at 2:00am when he’s there to protect us, and wants attention all the time. He has got so much energy so it’s great that at work he gets spoilt with a dozen or so staff all ready to chuck a ball. [Also,] Freddie seems daft but he’s very intuitive. When my partner’s father passed away, he really got her through that in a way no human could.”

Freddie is also known for…

Loving: A tennis ball
Hating: Noises at night
Funniest habit: The sprinting in a circle when he knows we’re about to go outside
Most annoying habit: He can be a bit stinky, but that’s okay
Most famous/infamous episode: He meets more bands than your regular human. Anyone who can get Will Young to clear up your poo has done well in life. 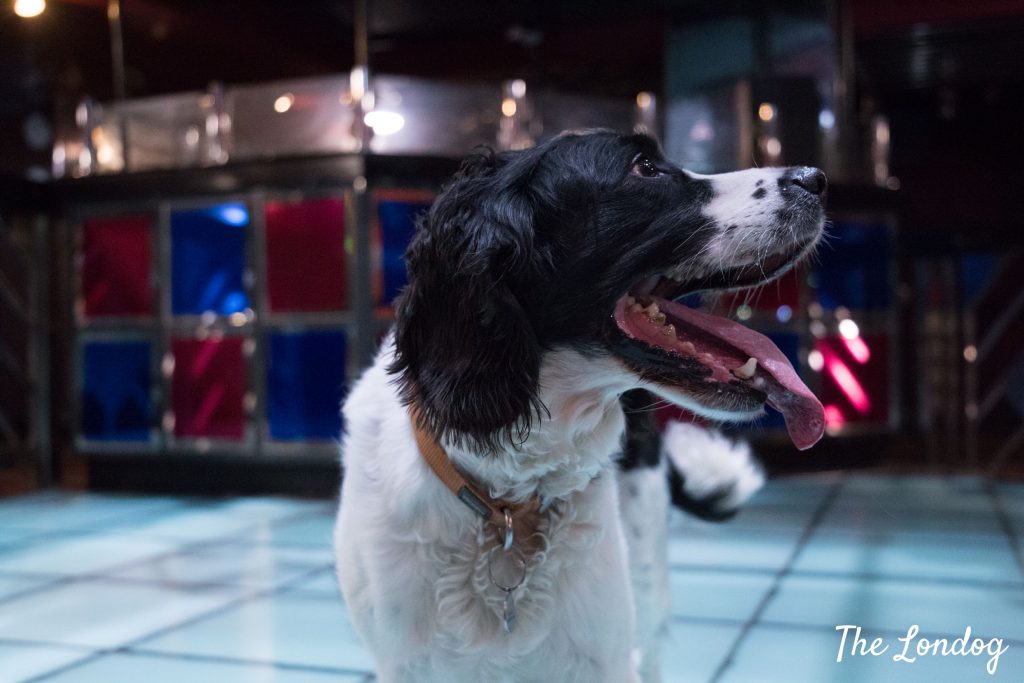 As I visit their store and office, Freddie happily sits for treats and strikes the pose he has been known for, at the counter. He is a happy boy, partial to cuddles. Funnily, as I stop scratching his chin he demands for more, rubbing my knee with his paw. He has been around Banquet for about three years. “I used to live above the shop, and as my own boss it’s quite easy to go out for a walk or a run when needed. When staff come to work, it still takes a few barks to remember they’re allowed to be there. When the shop is open he understands and remembers.” As Jon still lives quite close to the shop, they take a longer route for a morning run before heading to work, when Freddie stays with him. “But we don’t need too much because it’s non stop hive of excitement at work. All these people, and stairs…” he adds.

Asked about some insights and tips about having a dog at the workplace, Jon comments, “I guess [one should] know that everything will take longer. But people are happier for a fun dog being around. And that makes a happier workplace which means more stuff gets done well. That’s not the reason for Freddie being here, but it’s certainly a benefit.”

Being on patrol is one of Freddie’s past-times. “On a typical day he’ll sit right outside my office and in the way of everyone, so no-one can come or go without him. He’s rarely on the shop floor because it is probably a bit boring, but we get him in for some photo shoots quite often. Typical day when with us is a walk, then snoozing for a coulpe of hours. Barking at the shop staff, then remembering who they are. A quick walk, then someone else takes him for a run.” 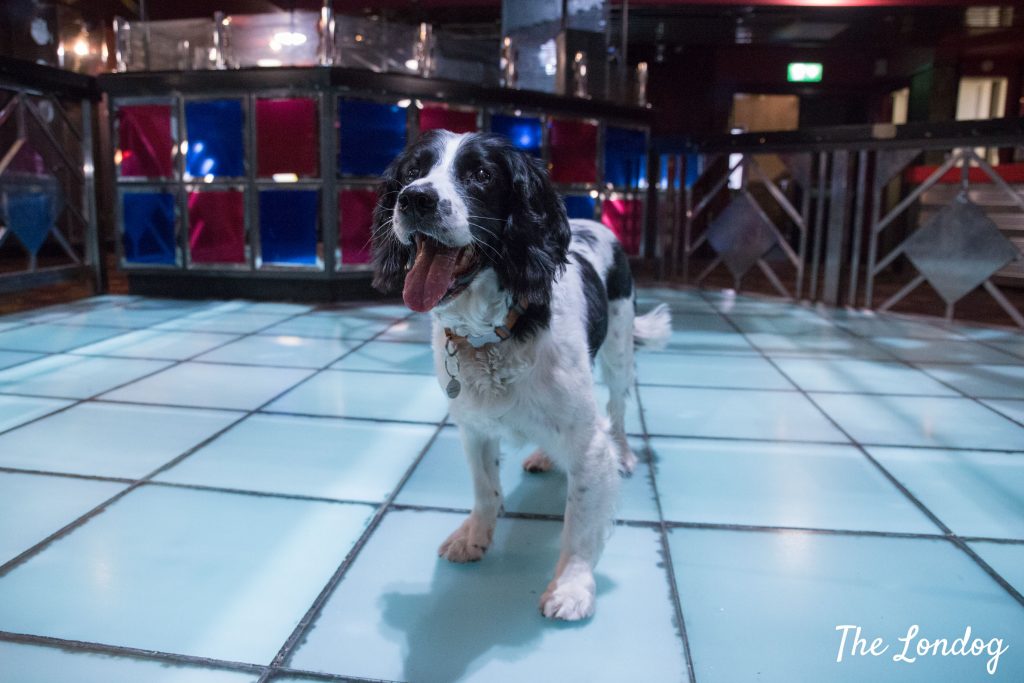 And of course, there are the gigs. The evening I meet Jon and Freddie, they are preparing to welcome FEEDER on stage at New Slang in Kingston. After meeting at the store, we pop by at the venue – Prysm – just down the road. Jon tells me that Freddie has always a blast there while they set up for gigs. “The record shop is pretty easy going, and a big part of what we do is putting on gigs. Freddie will often be there for load in… a great ice-breaker with visiting crew, and a great work out for him. If there’s a gig on he’ll go and hang out in the venue and get a load of roadies playing with him. At some of the bigger gigs at the bigger venues he can be chilling outside, pretending to be a sniffer dog. We did actually have a group turn around when they saw him, dump something and then come back. Good boy!”

Freddie definitely gets to meet many singers and bands, and Jon shows me a photo of him with Will Young. As we walk up the stairs at Prysm, we realise that it’s sound check time, so we head upstairs in a quiet area, where Freddie has lots of fun running after a tennis ball. Jon had said that he was a great catcher, but his talent proves extraordinaire. He flies in the air and, with a snap, makes the ball disappear in his jaws. A moment later, he is at my feet, dropping the ball to invite a new throw. He goes on relentlessly.

He may not be the regular store dog, but when he is with Jon, he definitely has the time of his life. 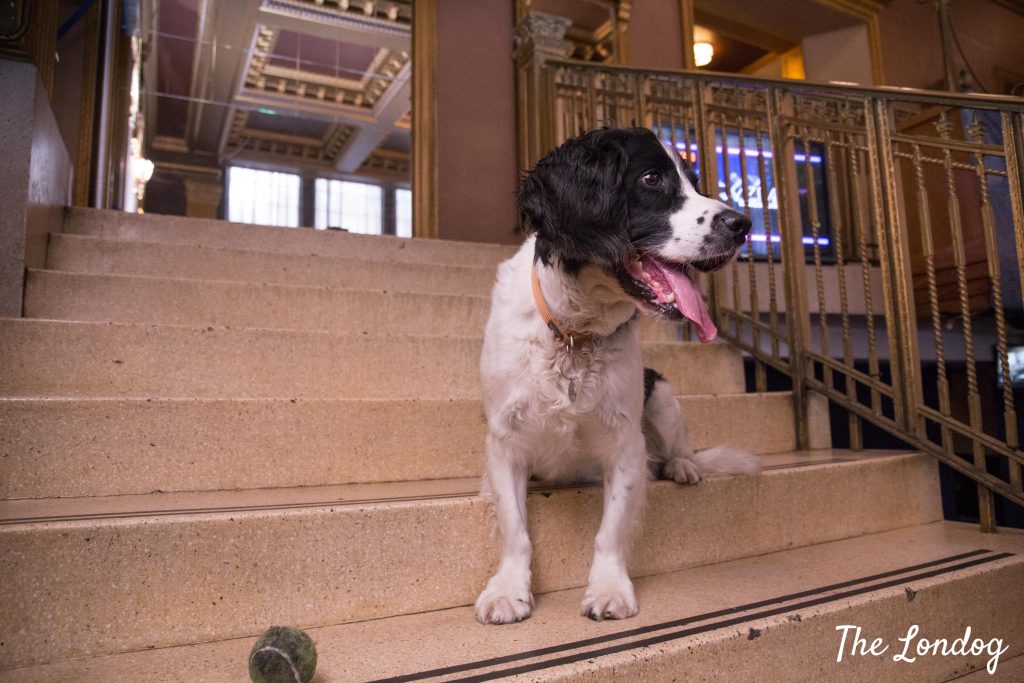