By The LondogDecember 2, 2019No Comments 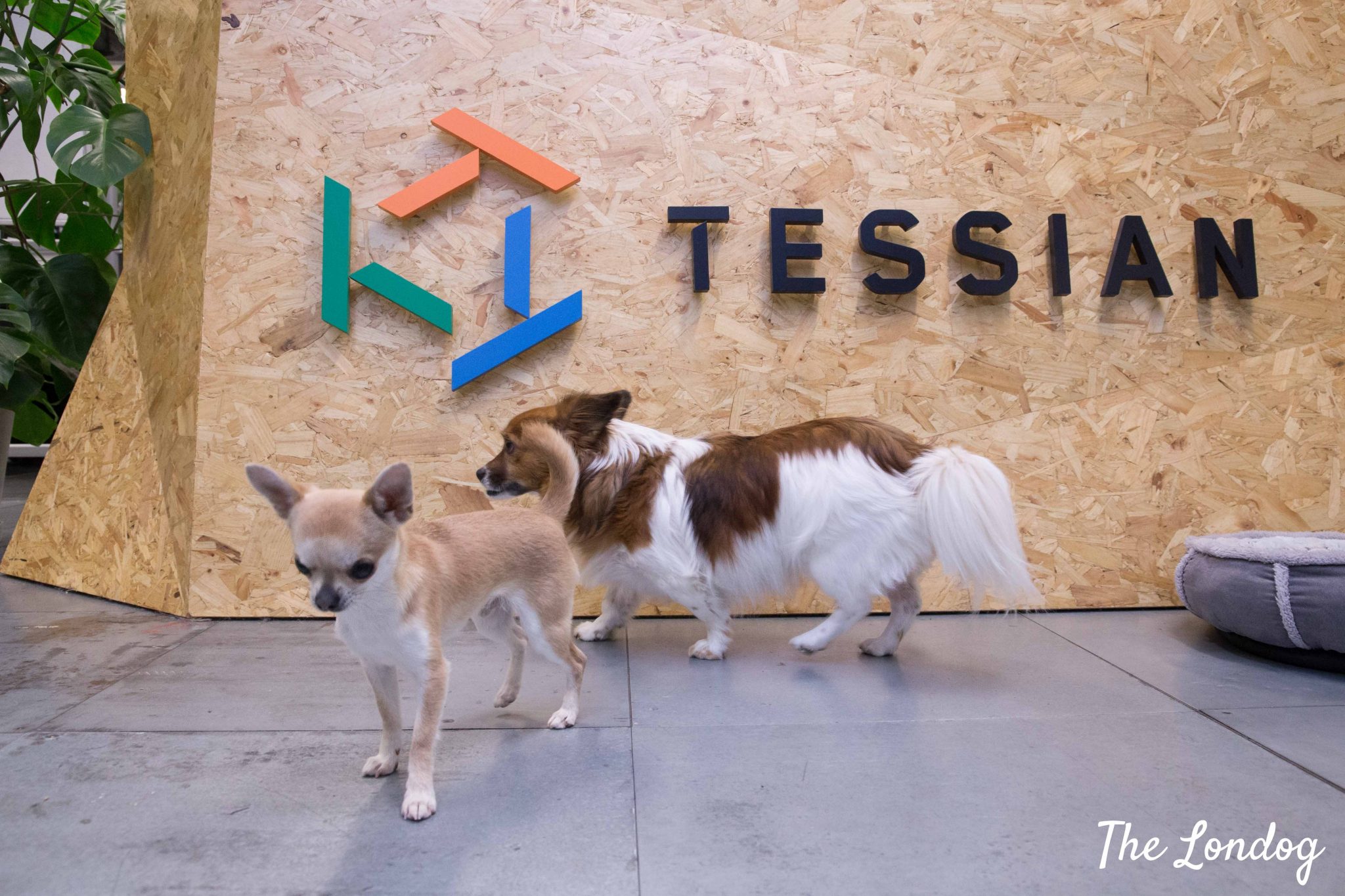 Starting the fifteenth edition of the Office Dog Series, this week will see five office dog stories to enlighten each working day, and some brand new features to celebrate the third birthday of the Series too! First up is the young and trendy office dog pack of Tessian, a cybersecurity company specialised in email security. Based behind Liverpool Street, in an area where Shoreditch’s trendy vibe melts with to the more formal City style, the pack is formed by five elements, who spice up office life. 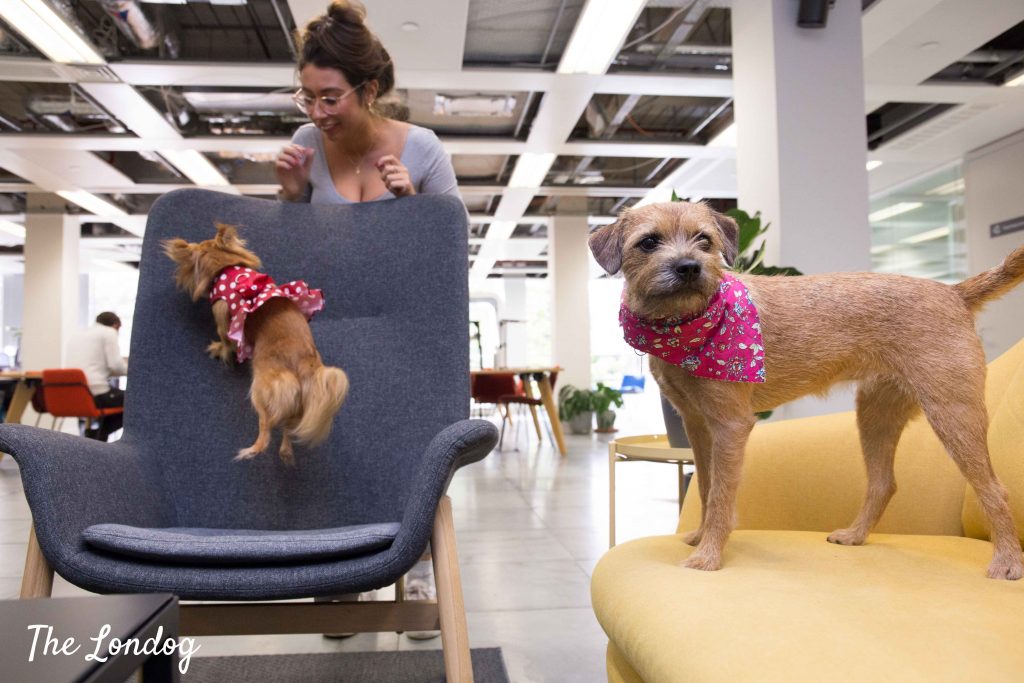 Alba the border terrier, Oliver the chihuahua, Hati the rescue mutt, Luna the long-haired chihuahua and Pippa the sausage dog puppy are a joyful lot, each of them with characteristic traits, preferences and dislikes of their own. Tessian has been dog-friendly since it was founded, but it was only when one of Tessian’s own founders, Tom Adams, brought in a dog he was looking after – Maddox – for a short period of time under Christmas 2017 that this paved the way for many more dogs of Tessian. Let’s introduce the pack. 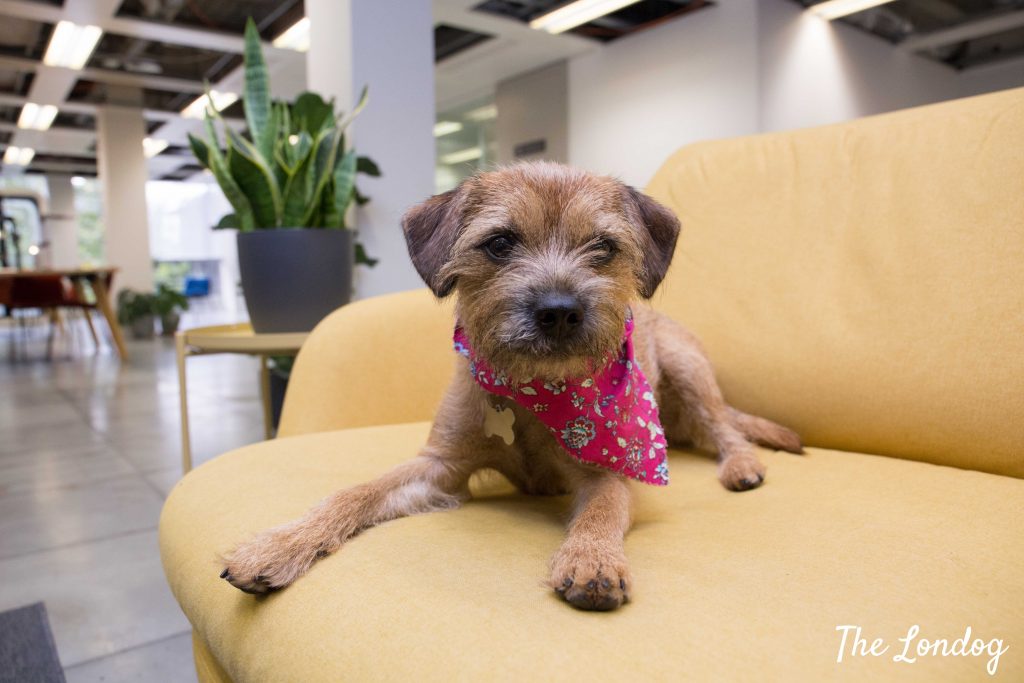 Alba is a friendly one-year and a few months old Border Terrier who has been going in at the office since a six-month old puppy and is a favourite among many Tessian employees – her mum reveals that even both Tessian’s CEO and CTO have whispered to her that Alba is their favourite dog (though don’t tell the other dogs).

“She’s extremely sociable and wants to be everyone’s friend (she’s even managed to convince [a not-so-pet-lover office dog] – Hati – to be pals, which is quite remarkable),” says her mum Charlotte. “She luuuves stealing the cat’s food and hates squirrels with a passion: she knows where the neighbourhood squirrels live and will check in on them during every walk – if she sees one, persistent barking, pulling on the lead and feverish trembling will follow.”

Her ears position and habit of vacuuming every single crumble won her the nickname of Dobby Dyson and she is also known for lying on her back when chewing toys, snacking on broccoli or any other type of activity. “If she’d be a famous character, she would be the love child of Kevin Hart and Sherlock Holmes: Always trying to get the crowd to laugh whilst investigating every pigeon/squirrel/lost piece of food (I mean, she’d look great with a little duck hunter hat as well),” adds Charlotte. 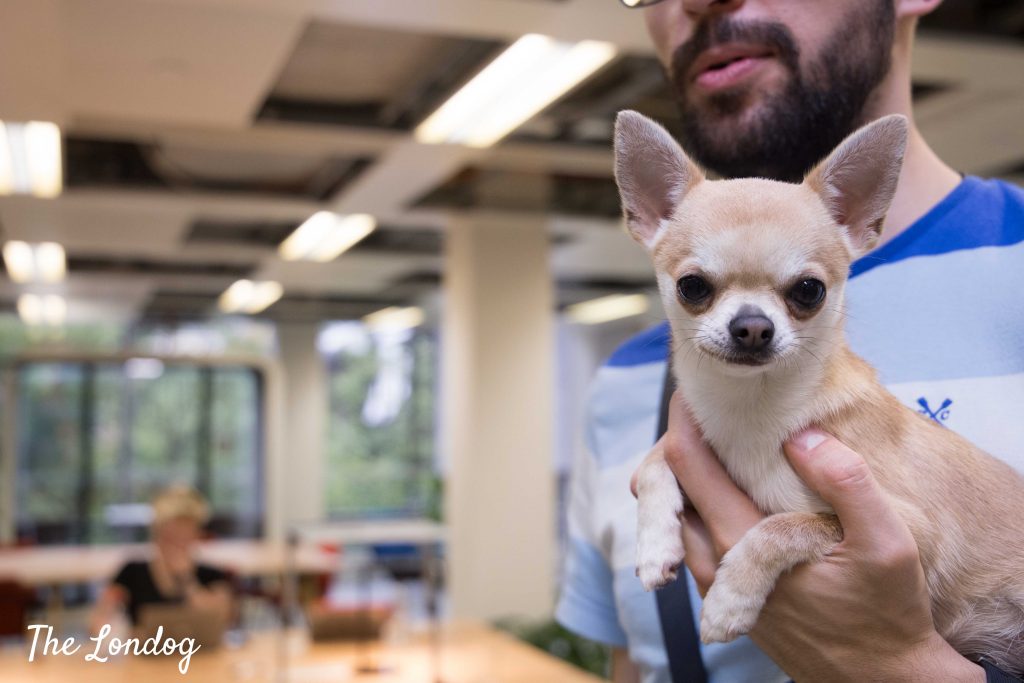 Oliver is the newest addition to the Tessian pack and is definitely a ladies man, says his dad.

“Inquisitive, foodie, and cheeky, he absolutely loves rubbing his back under the meeting room chairs which no-one else can get under! Oliver isn’t a fan of sitting still and hates being left out of the drama. His lack of awareness for humans personal space leads him to end up pretty much anywhere around the people around him, under the chairs and tangling his lead around cables!” 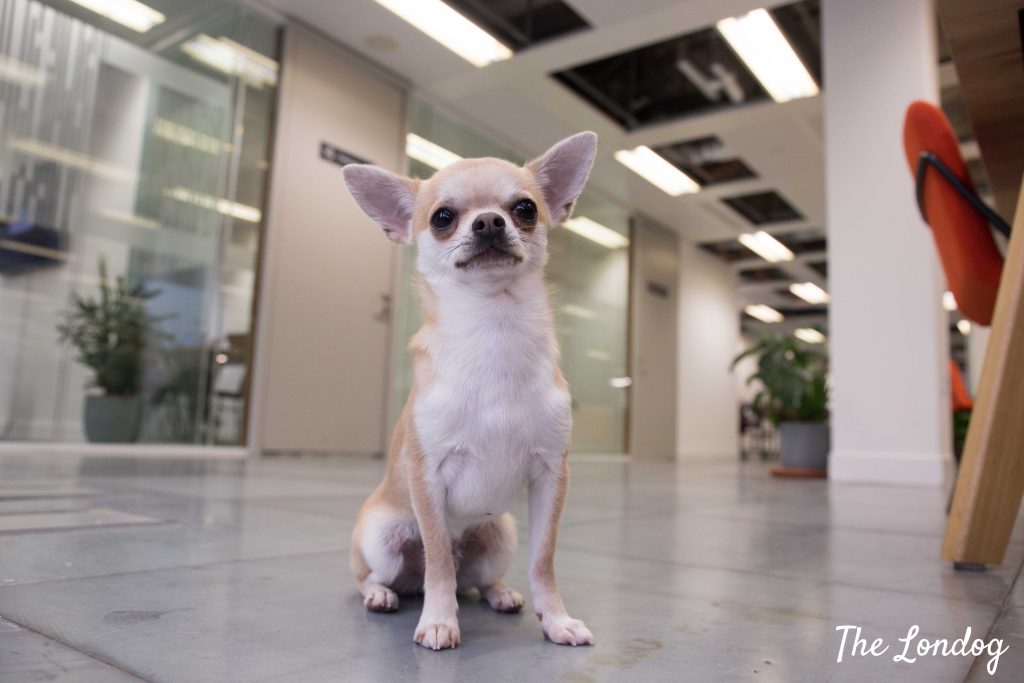 I am told that Oliver is becoming known for being a people watcher, and if he is caught looking at you he has no inhibition and will stare you out, and this definitely happens during the time I spend with him at Tessian’s office and definitely makes the photoshoot easy.

“Oliver has his own rendition of ‘Please Sir, I want some more’ and definitely reminds us of Oliver Twist. Although not his official title, he has adopted the names “Little Nugget” and “Chicken Nugget” because of his golden coat and ability to curl up into a little ball when sleeping!,” concludes his dad. 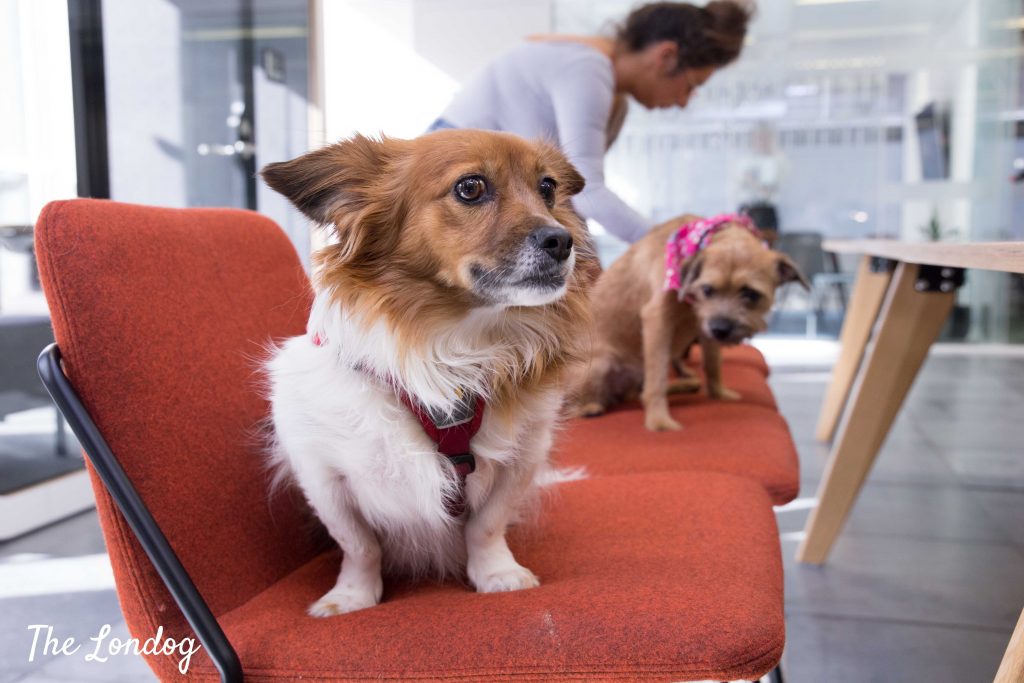 Hati is a small Romanian rescue who definitely thinks she’s a queen, according to her mum Emma. She had a troubled start in life and is still very nervous around people, but Emma has been doing an amazing work with her, to help her overcoming her fears and idiosyncrasies.

“Smaller than a corgi, she makes up for her size with her voice. She loves sitting awkwardly under your desk without you noticing waiting to jump at you when you accidentally move your chair over her big fluffy tail. She hates attention. Although named Hati before she was adopted so clearly coincidental, it was discovered that her name is shared with a wolf in Norse mythology whose name meant “He Who Hates”. Despite her 30cm in height, she has the ability to scare even the most fearless people in the office,” says Emma. 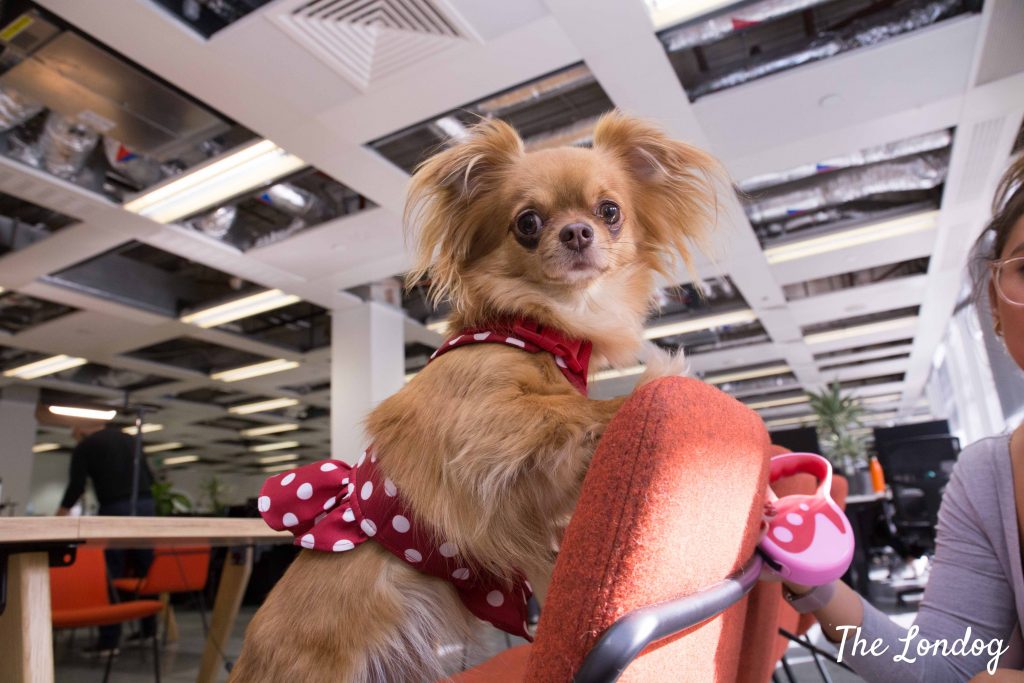 “Luna is a teeny tiny long haired chihuahua with a heart of gold. She’s loving, fluffy and rambunctious. She’s part of a family of six chihuahuas at home and loves causing trouble amongst the rest of the pack,” recounts her mum. Among a world of giants, she appears shy and comfortable retreating between her mum’s legs or in her arms. 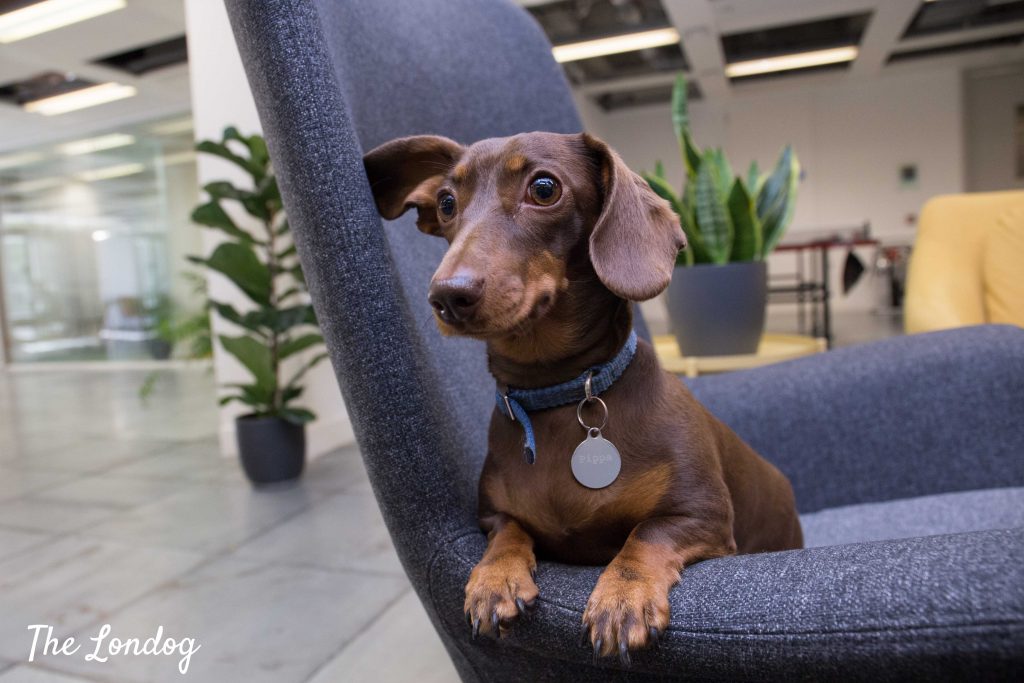 “Pippa is the runt of her litter but has the heart of a lion,” Tessian’s team say. “She’s feisty and won’t take no for an answer – she has all the qualities to be a great sales dog! Weighing in at 3.5Kg she is pound for pound the strongest dog in the world and regularly hangs out with Great Danes and Rotties in her free time on Alexandra Palace Park.”

She is only a pup and could at first sight appear shy when far from her owner, but just take out a ball and her attitute will switch immediately! With her right ear sticking out, she is the most endearing view. 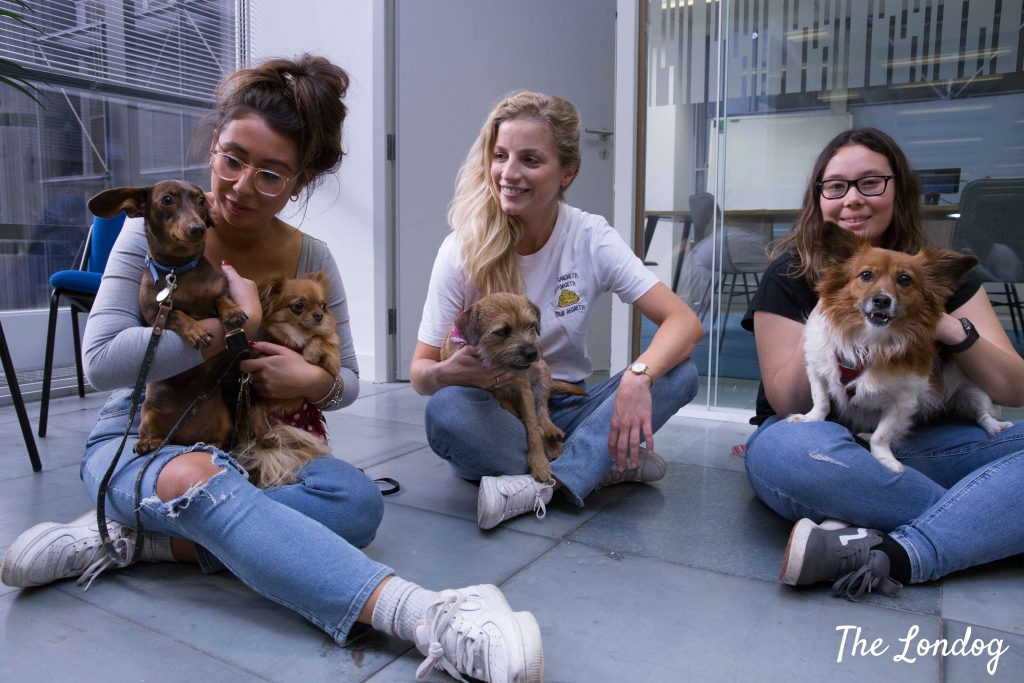 Chatting about office dog pack dynamics, Charlotte recounts, “Hati is the undisputed pack leader – she was the first Tessian dog and no new pupper will kick her off her throne. Oliver is the smallest of the pack, but what he lacks in size, he makes up in attitude. Alba tries making new buddies at every office visit, but stealing other Ripley’s toys, hanging around Oliver’s desk and sniffing Hati’s bum has not really yielded the results she’d hoped for.”

“The dogs spend most of their time around their owner’s desks but during our Weekly Interdepartemental Gathering, all dogs (and all Tessian employees) come together for a company update. It’s a great time for the doggos to hang out and bark when the humans applaud each other’s achievements,” she adds. Hati is the only one who tends not to participate, as she is not a fan of all that humans’ excitement. 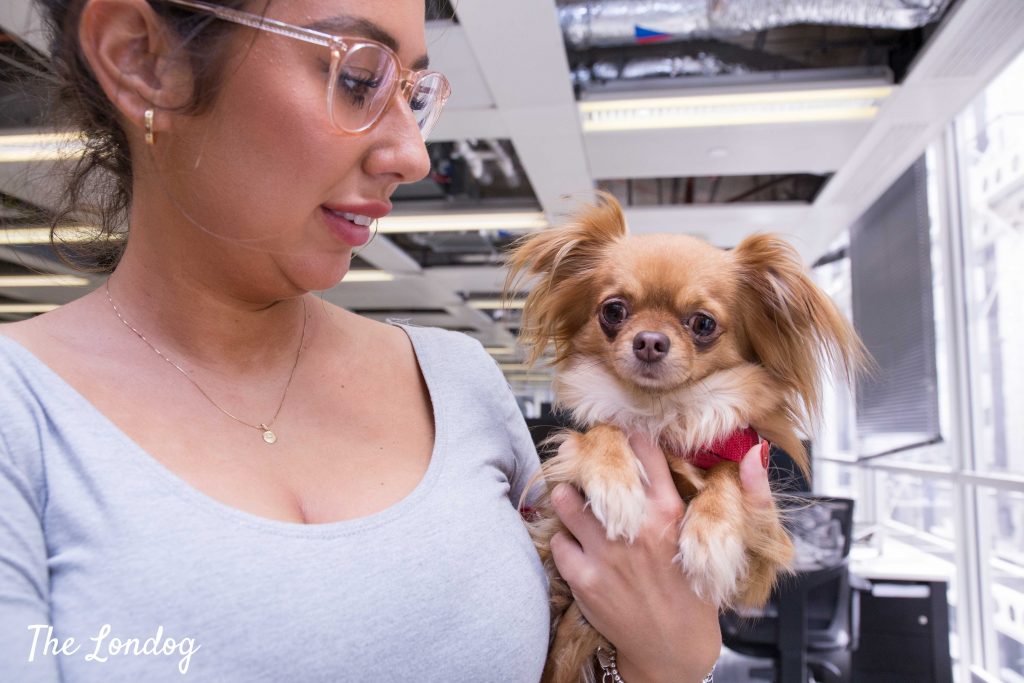 The dogs settle in quickly during the day and, as Charlotte puts it, “I simply forget Alba’s there for 90% of the day. Usually, pups is asleep in the most twisted positions, occasionally woken up by belly rubs from team members.”

The people of Tessian love having the pups around and the dog owners appreciate some perks of the dog-friendly office policy. One of the most cited being not having to worry about getting home by a certain time at the end of the day for their dogs. 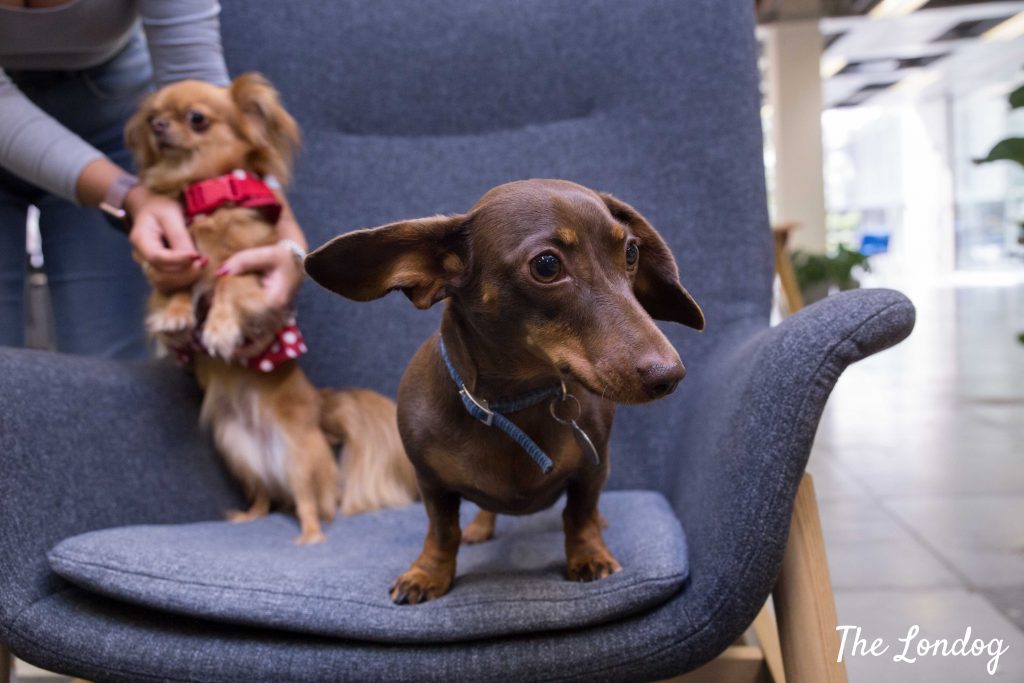 For Emma, being able to bring Hati in has also helped to build her confidence and get her used to new environments and different people. “It wasn’t always easy, especially in our previous office where there was less space – just someone walking past would startle her, but now she treats the office like her second home and is quite happy to laze around and sleep,” she says. 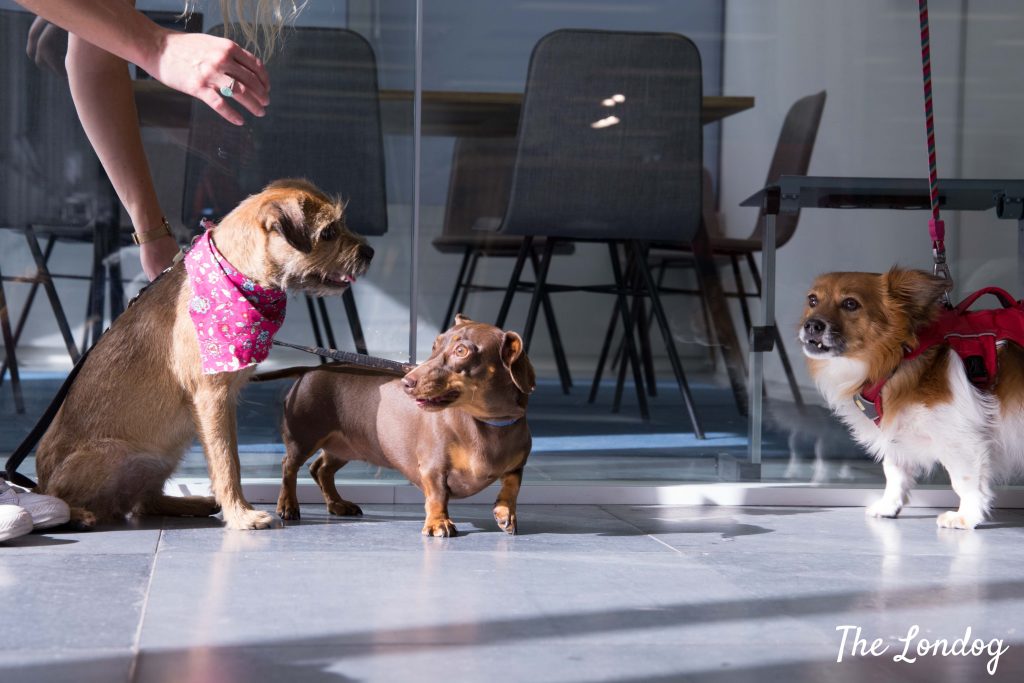 “Tessian’s office dog pack is… diverse and inclusive, just like the company.” 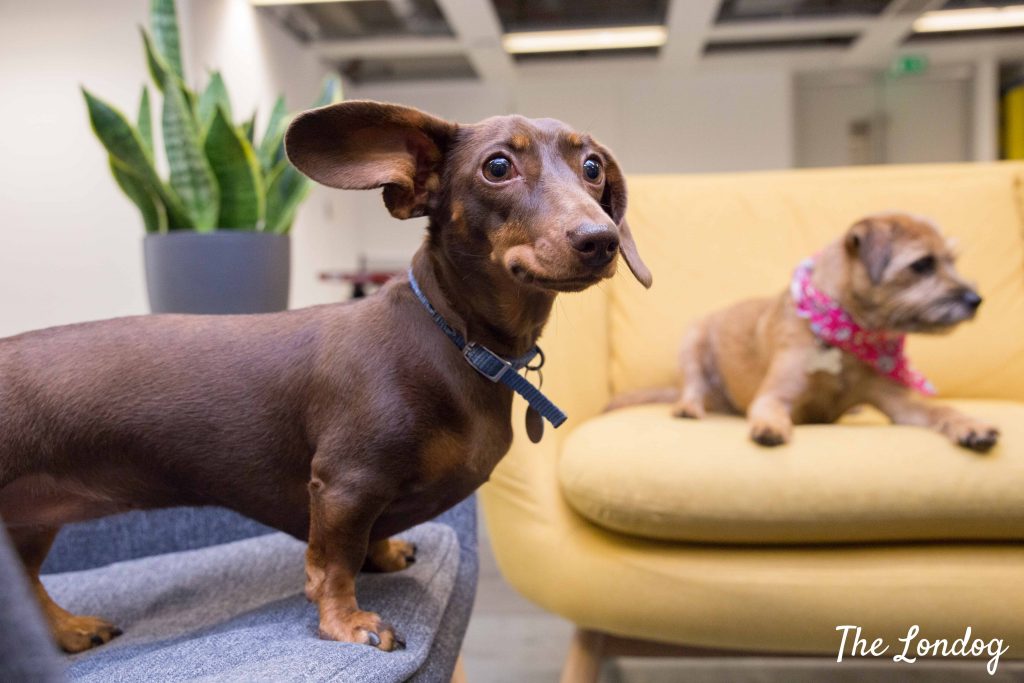