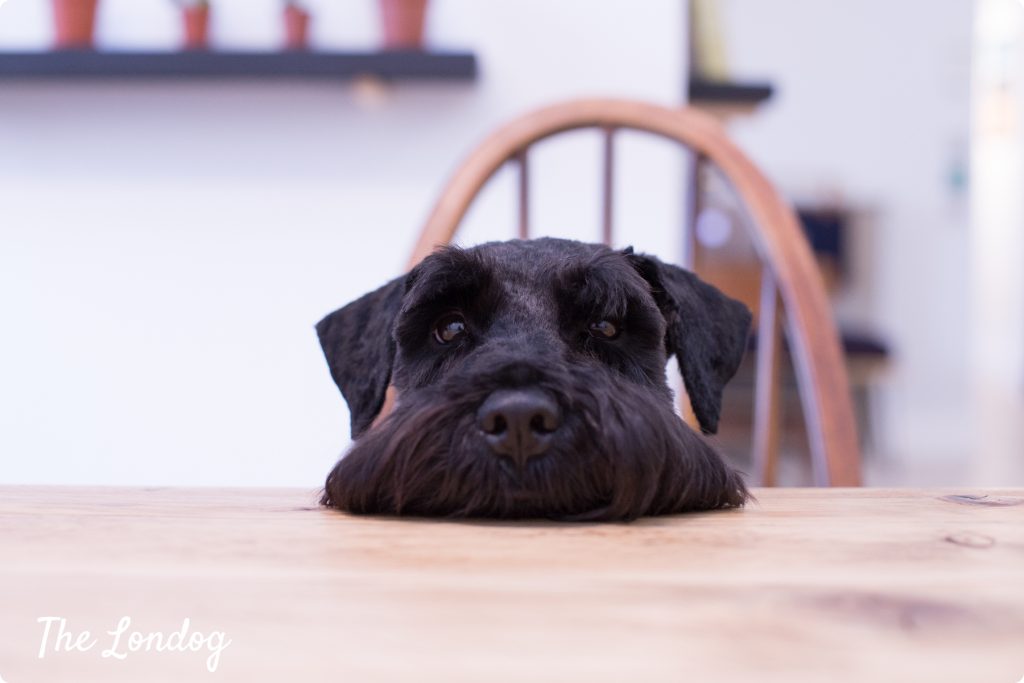 Sebastian, the black Miniature Schnauzer, is a founding member of Toby Marsh Creative (TMC), an East London based branding studio. He is told to be a “certified charmer” and has an official job title, Studio Manager. 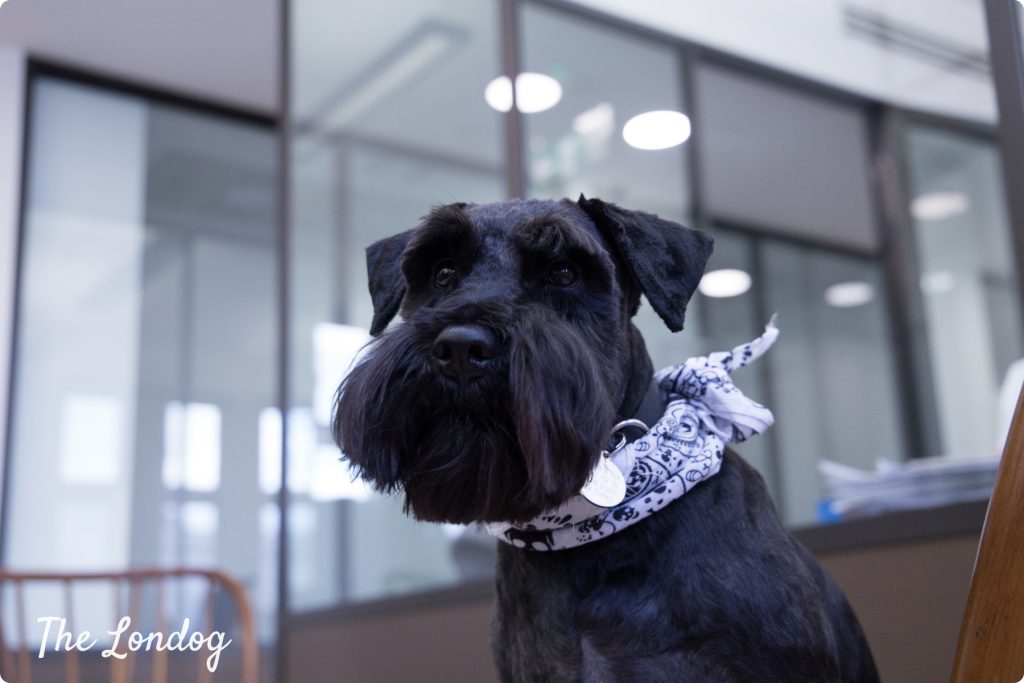 The day I visited him at work, Sebastian had been busy celebrating his second birthday. A birthday cake toy laying near his water bowl, a birthday message on a luminescent board and his perfectly groomed shiny coat and fashionable black & white bandana gave it away. He seemed to know it was a special day too and had just come back from a team lunch where, judging from his smile, he probably got more than one extra titbit.

“Sebastian is a food lover, social butterfly and shameless sweetheart”, said his dad Toby. “He is a real character with some diva-ish tendencies and knows how to work a room – his eyebrows do most the talking!” 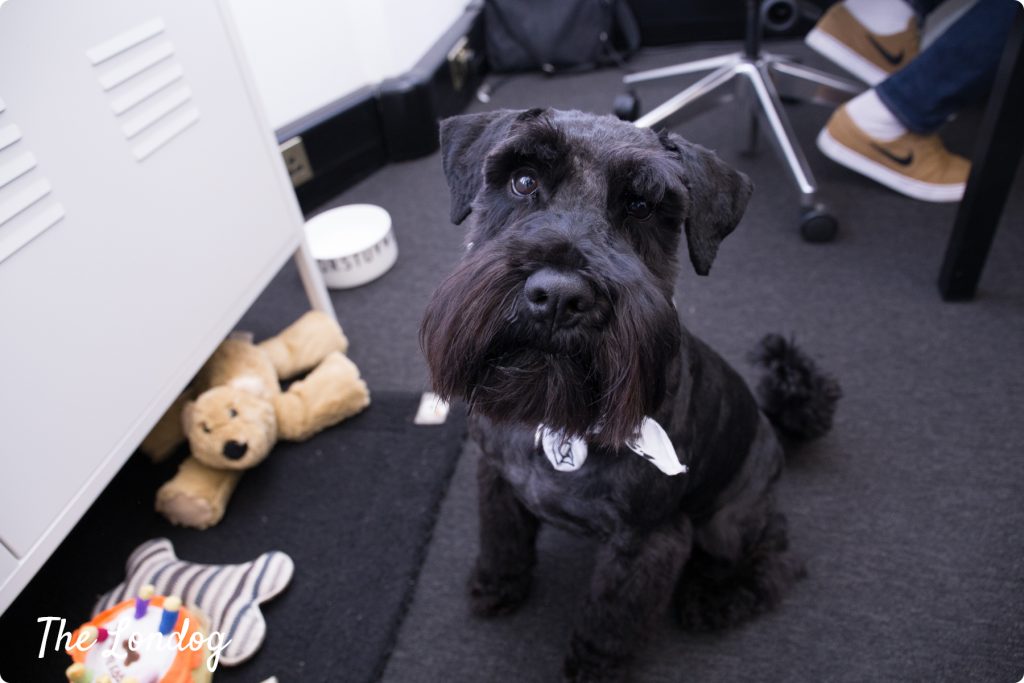 In fact, Sebastian is very sociable and seems to know everyone. “He certainly wants to be friends with all dogs and humans alike. He greets everyone with a howling hello before angling himself for cuddles. Once you start, you’re not allowed to stop”, recounted Toby.

Add that Seb is a great dancer, his favourite trick being to balance (“walk”) on his hind legs, “put on some samba music and his hips don’t lie!”, commented Toby. In his spare time, Seb can also be found exploring new bars, restaurants and events, and to get his face seen, he is “becoming a connoisseur of pet-friendly London!”.

Sebastian is also known for…

Loving: Attention, meeting new people and long walks on the beach.
Hating: Balloons and certain plastics! We have no idea why. Just doing his bit for the environment.
Funniest habit: As soon as anyone in the studio steps away from their desk, Seb is straight up onto their chair to snuggle down. He is still shocked and outraged when you dare ask for your seat back!
Most annoying habit: Seb likes to be the centre of attention, often interjecting on conference calls or in a brand workshop. You know the viral video clip of the South Korea expert Robert Kelly whose children gatecrashed a live broadcast with BBC World News…? That’s Seb.

Most famous/infamous episode: When visiting a well-known UK brand, Seb ran out of the lift and straight into the office, found the big boss’ office and peed on a rather expensive handbag(!) Thankfully they are an extremely dog-friendly/dog-centric team and very understanding. We still work with them – Seb must have made an impression! 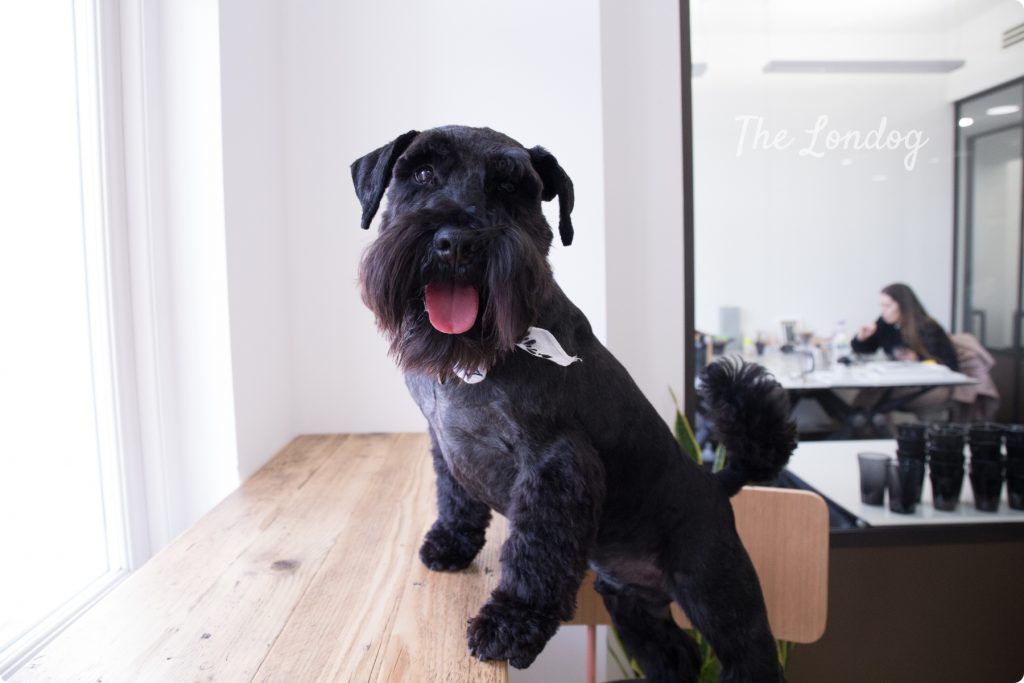 TMC studio is located in the heart of Hackney, at pet-friendly smart working space Kreativ House in Mare Street, which looks like one of those sleek and curated spaces you see in the glossy magazines. A perfect match for Sebastian’s style. He considers himself lucky that every day is bring-your-dog-to-work day and he gets to attend all meetings and social events.

“Without a doubt, Seb is our best PR man. He also makes everyone in the building laugh out loud and reminds them to take time out for cuddles on a daily basis”, noted Toby. “In the studio, Seb can be found curled up on a lap or chair, when he is not perched on the window sill looking out over Hackney Central watching the world (and their dog) go by.”

In addition, as his bio on TMC’s website reads, being Master of the TMC Universe (his unofficial job title), Seb “keeps his paw firmly on the button. He has proved precociously talented at chasing invoices, overseeing employee relations and keeping the office admin under control (it tastes quite good!). He loves meeting new brand partners, sealing deals and commuting to work in the mornings”.

Although Seb is the only child in the studio, dogs are a big part of life at TMC, which has been working with dogs, dog brands and dog-lovers for years. 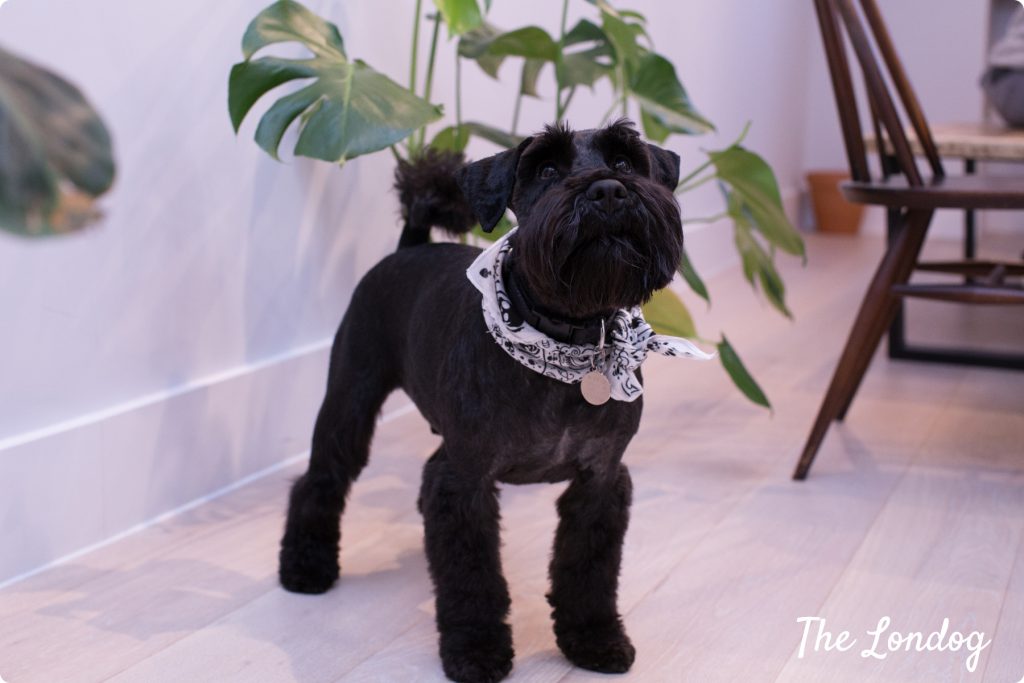 For Seb and Toby there are a few indispensable items to make his studio dog life productive: 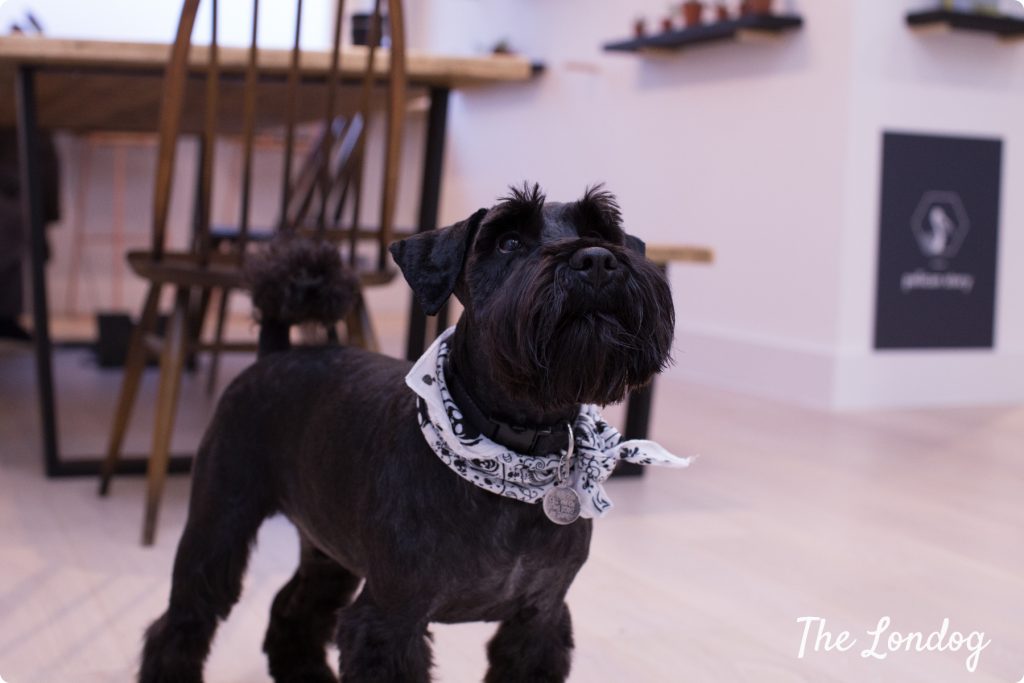 Tomorrow we’ll bring you an office dog PACK from the film world to conclude this edition of the Office Dog Series in style… stay tuned, from 24:00AM BTS on the blog! In the meantime… can’t wait to learn more about the Series and how you can get involved? Read here.