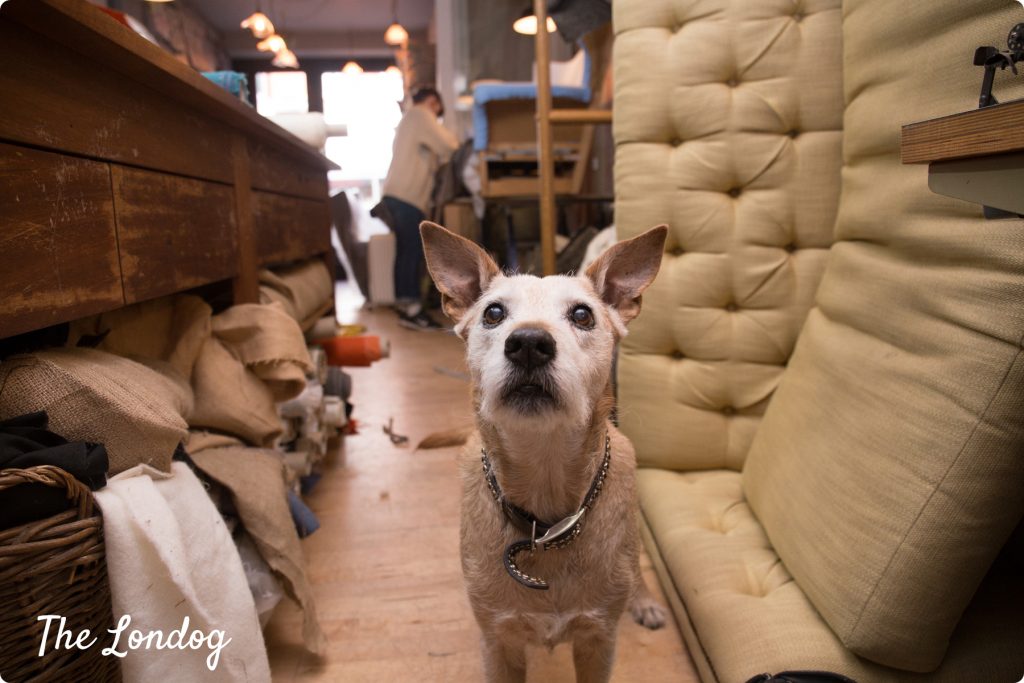 The Office Dog Series is back for its 10th edition! One office dog story a day for the whole working week. London dogs’ jobs are not just office ones: there are a host of hounds that join their humans in stores, studios (and even restaurants) all around the capital, so for this first feature we chose a dog with a very particular job. Today we tell you the story of Rudi, a 14 year-old rescue mutt, who is the proud resident dog at 7Upholstery, in the heart of Shoreditch.

Rudi the store dog of 7Upholstery 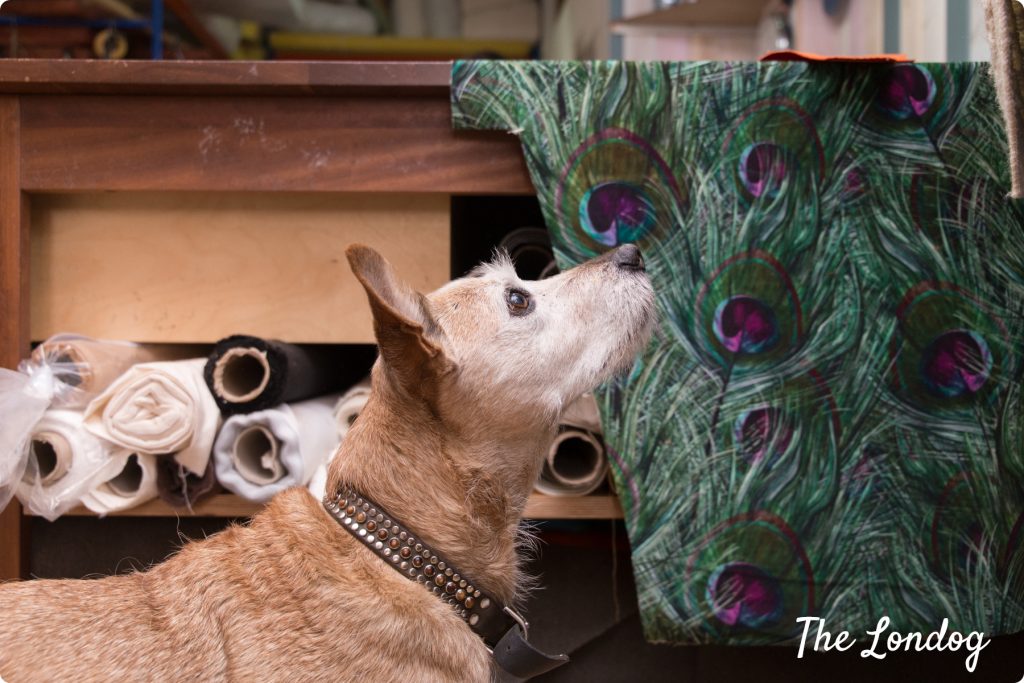 If you are local, chances are that you will have met Rudi at the park or around Redchurch Street at least once. In fact, he has been around for over 13 years, going to work his whole life and he is used to having lunch-time strolls in the neighbourhood with his owner Michael. “He is well known on this street and loves to visit the other shops at any given chance!”, notes Michael.

Rudi was adopted from Battersea Dogs and Cats Home as a puppy, on Christmas day. For this reason, Michael and his husband decided to name him Rudolph, after the reindeer! Since then, he has brought joy in their lives and has earned a well-established role in his human’s business. “We are very lucky to be able to bring him in every day as he brings a lot but does not really ask for much in return”, says Michael. 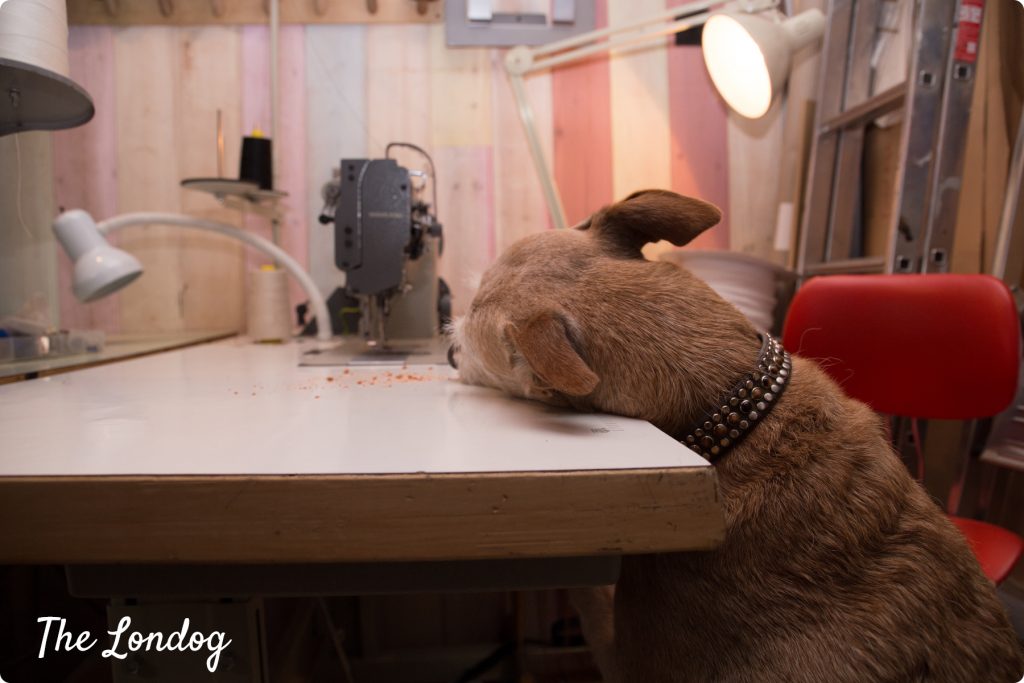 Rudi is also known for…

Loving: Big sleeps and treats after walks
Hating: Having a shower
Funniest habit: Rubbing his face on anything after some good food, like oil from the mackerel
Most annoying habit: Big bed hog
Most famous/infamous episode: Being on Google Earth outside the shop, laying in the sun looking like a dead dog, or being the tan blur in an episode of “REV”

A day at the studio for Rudi 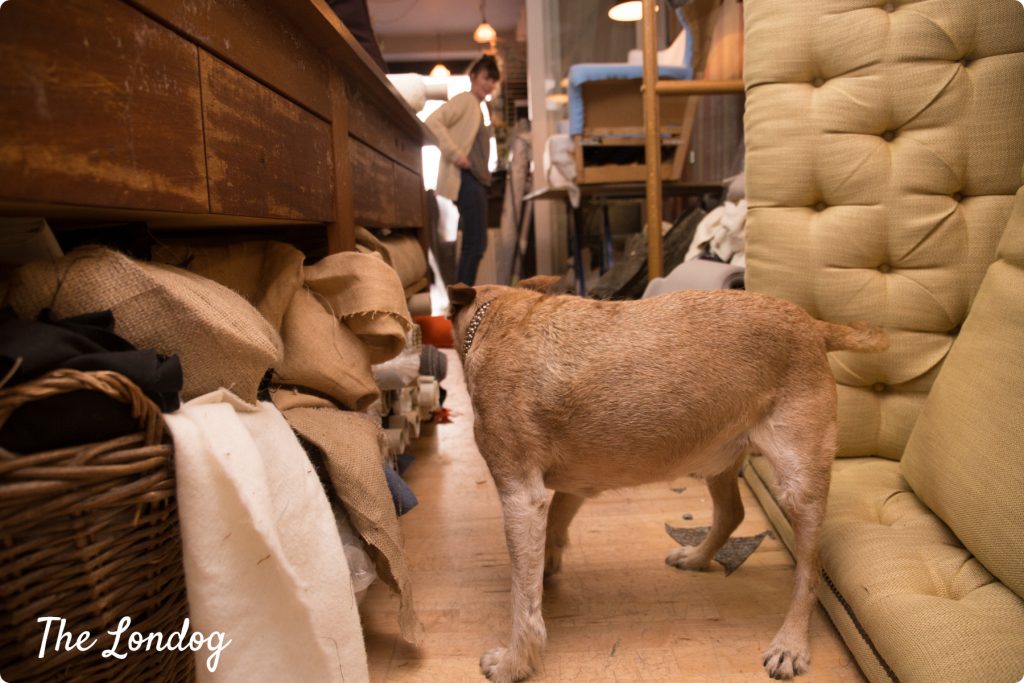 Rudi is a very friendly hound. Michael, who considers him the best companion, explains that he is also known as “the true boss” at the studio: “he lets us know when it’s time to have a walk and go home!”, he adds. He also boasts a mighty bark, which he uses when decides that it is time for you to give him that treat you are holding.

“The daily routine is come in and check for food crumbs, then he will say hello to everyone, then breakfast”, recounts Michael. “Some more cuddles, a big snooze till lunch time, then afternoon walk then a treat, then the big deal of the day, his super squeaky ball to chew on, some more sleep till home time, and he may dare to say hello to the odd customer if he is in the mood (he used to be more interested now he is old, so not so bothered!)” 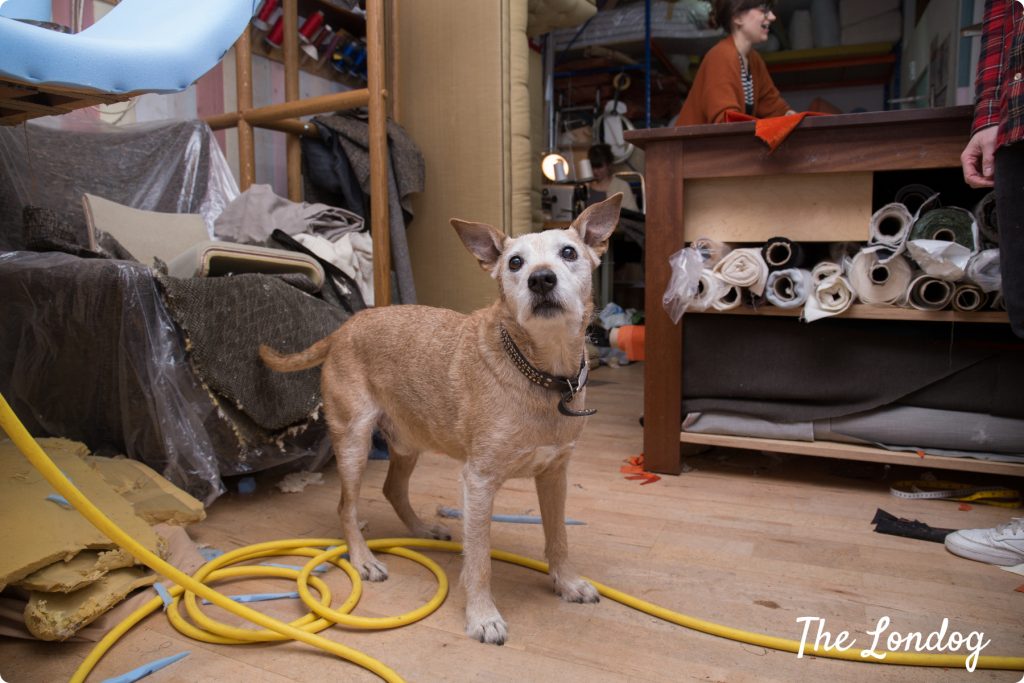 While his white beard gives away his real age, Rudi keeps himself very active and trots around the studio as a young lad, while remarking his impatience to get all the treats immediately. He is a such a character!

New furniture comes in and other goes on a weekly basis, so the space and geometries in the studio continuously change. You can feel that great atmosphere that only places where something is crafted and created with hands have. Rudi’s pillow is next to the window. He likes watching people walking by – lost in their daily thoughts -, while he enjoys the comfort of his good dog bed. 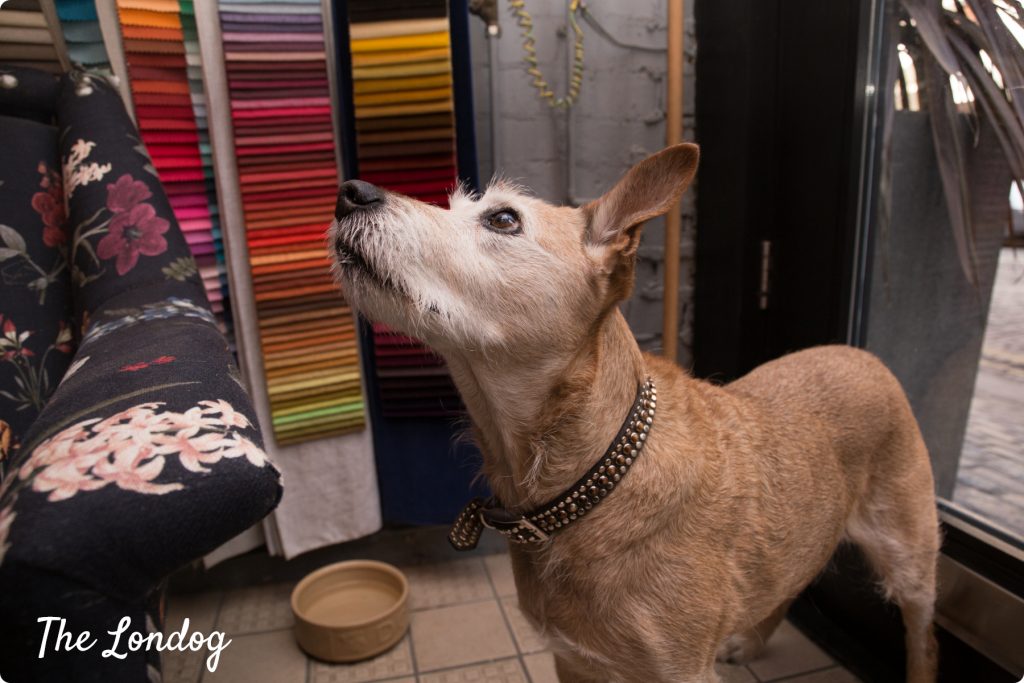 Not surprisingly, the team loves to have him around. “Who does not love having a bundle of fur to stroke every day!”, remarks Michael. “He is an easy-going part of the group and only shows favouritism when it comes to food!”

Sharing the tips for the perfect office dog life, Michael lists: “A good comfy bed in a warm spot (by the heater is best) on in a prime spot to check out who is around, plenty of water and snacks.”

Stay tuned: today is just the first day of the Office Dog Series’ latest edition! One office dog story a day for the whole working week!

Related posts | In the previous edition of the Office Dog Series: