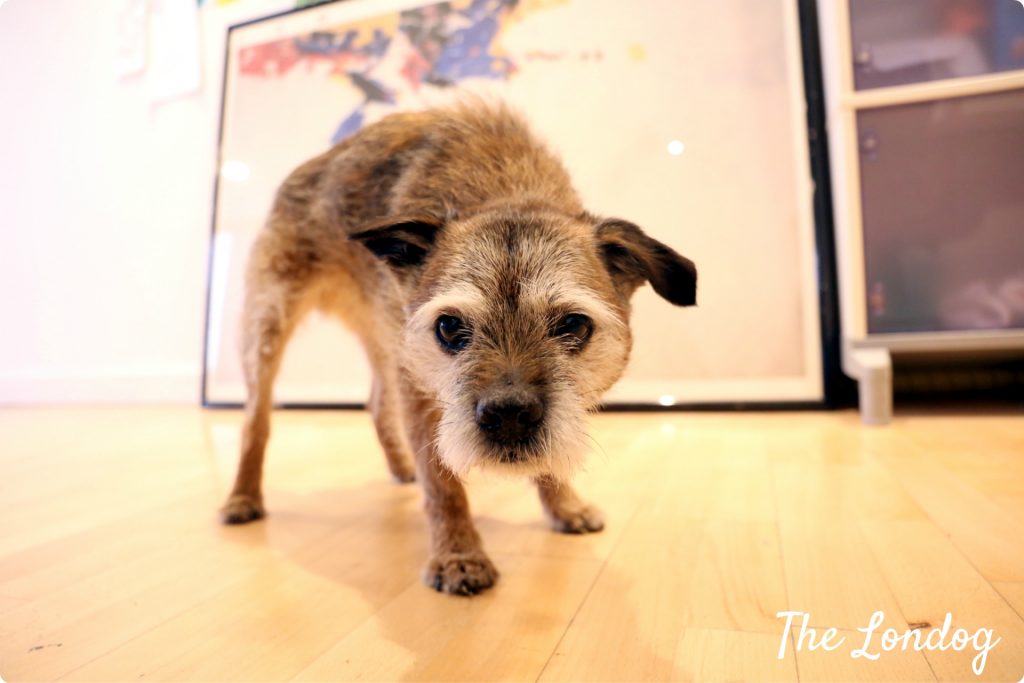 The Crocodile – a B2B marketing agency based in Hoxton – was joined by furry resident Otto, a friendly and likeable twelve-year old border terrier, in 2008, when he started to come in with Chris.

Otto plays an essential role at the company and his profile picture also  appears on The Crocodile’s website, in the people’s section. He loves going to the office. 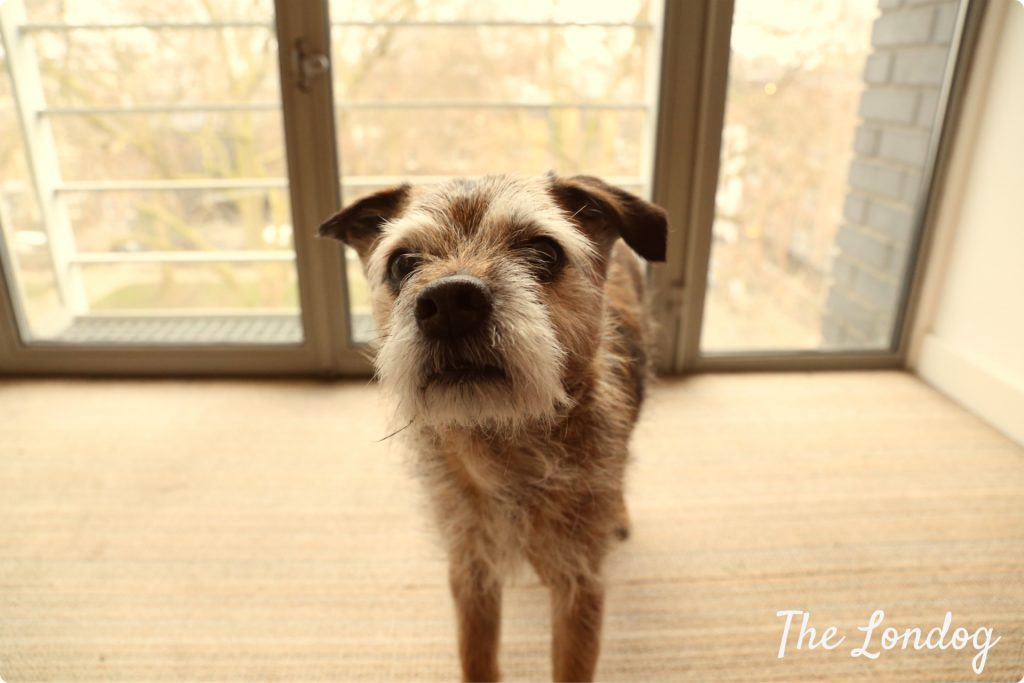 Chris noted “One of the main things he enjoys about the office is the variety of people and the food they eat/share. There is always someone willing to show him some love and attention. He asks for … well anything really, but fruit – especially apples and tomatoes – are a favourite.”

Indeed, when I visited the office for his photoshoot, Otto was quite interested in the treats I had brought and kept whining while waiting to receive his “modelling fee”! 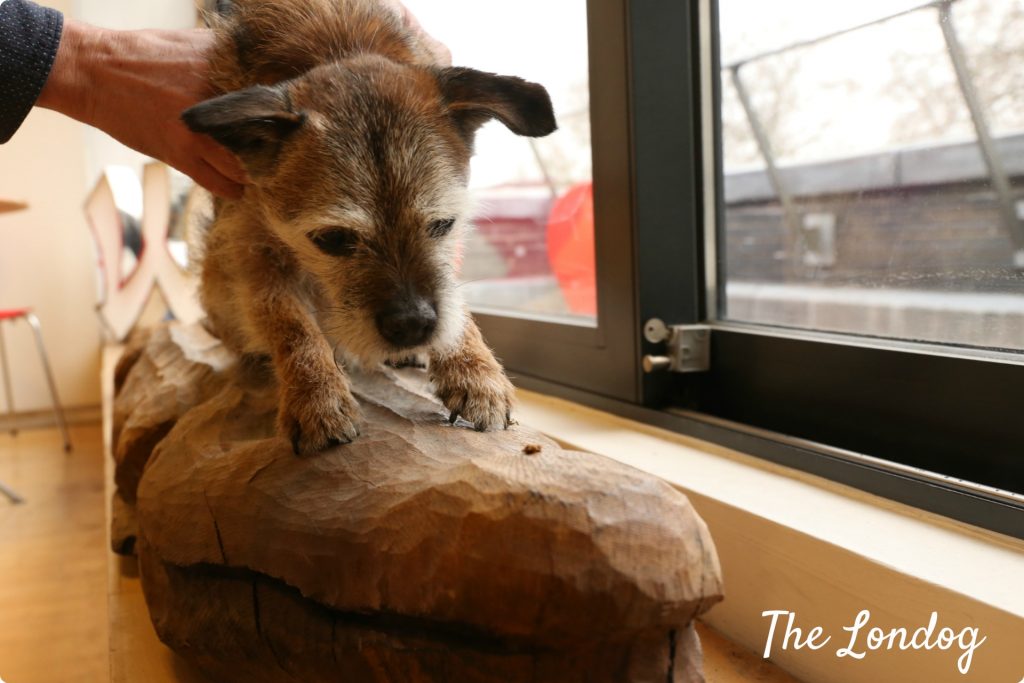 His food focus extends beyond the office walls. In fact, Chris recalled two particular funny Otto situations in the green space in the middle of Hoxton Square. “He once jumped onto a bench in the park and stole half a sandwich from someone enjoying their lunch, which he literally wolfed down in about five seconds.”

“On another occasion he nabbed half a croissant from the hand of a toddler in a push chair in the park, but fortunately the mother was another dog owner and had been telling her daughter to hold food away from dogs, so it offered a great life lesson!” 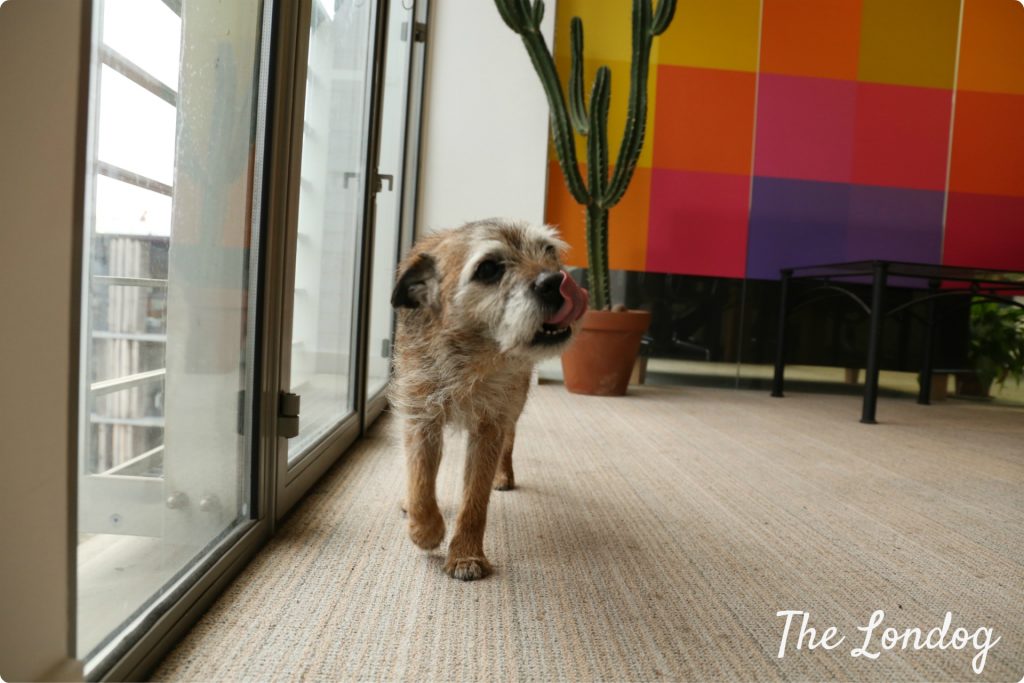 A typical day at the office for Otto would start with having breakfast, then fitting in 15 minutes of chasing and yapping “before his serious work began”.

Chris added “He always enjoyed a bit of chase and fetch. He likes to play around for a while, then he’s got a bed in the office, so he goes for a snooze when things get a bit boring. He also likes to pop out onto the balcony a few times a day for a quick sniff around.” 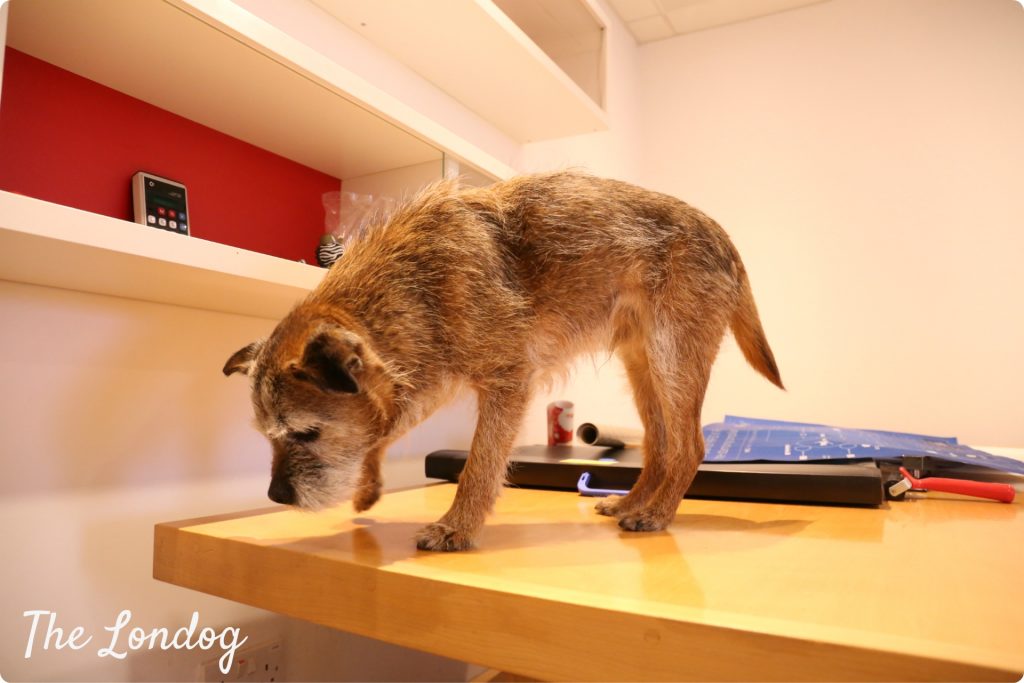 But Otto’s favourite spots, apart from a sunny area by the window where he would lie in summer, are the floor spaces right next to people’s chair or the meeting room during client visits. “He is often summoned to charm visitor as he always brings a positive vibe to meetings. He often lies down and falls asleep in client meeting. Noe reflection on the meetings most of the time!” continued Chris. 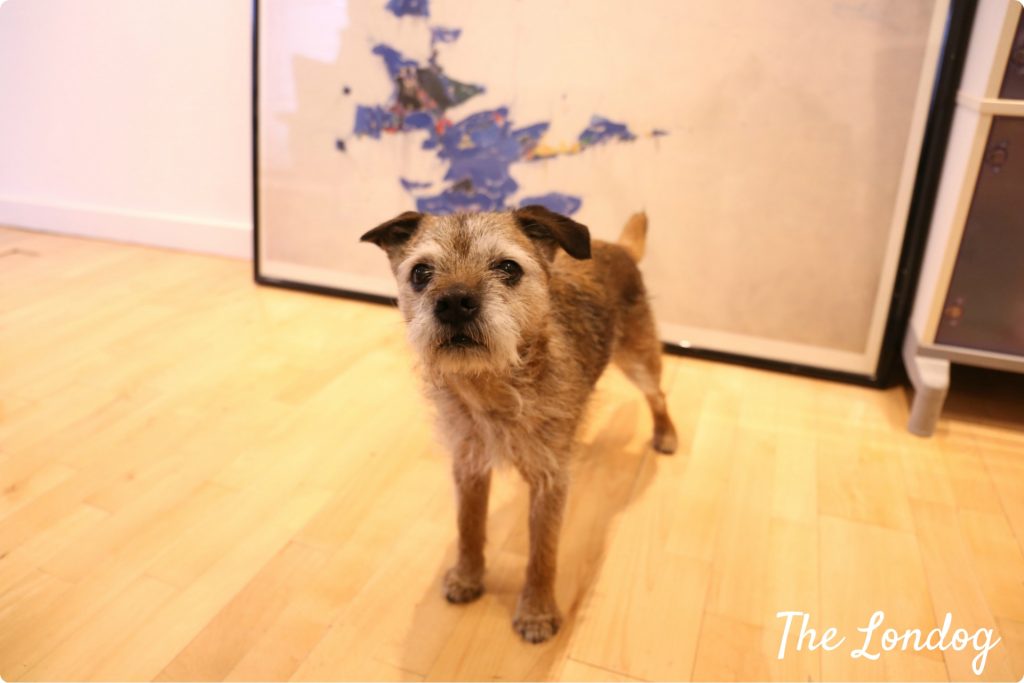 Yet, Otto’s role includes some important responsibilities. “Otto is in charge of the dog policy so he gets to interview any potential new office dogs.” explained Chris. “Other rules [he must follow] include: No peeing in the meeting room, no peeing on the balcony, no peeing in the office.”

Otto is Also Known For

“[Otto] used to really enjoy the dog camaraderie in Hoxton Square before it became a dogs on leads zone” added Chris. “He had lots of good friends and they used to bark and chase around the square at 9am and 3pm every day. There have been other office dogs, but he’s not particularly dog sociable, so he’s happy to just hang out with humans.”

Adding a Cheerful Note to the Work Environment 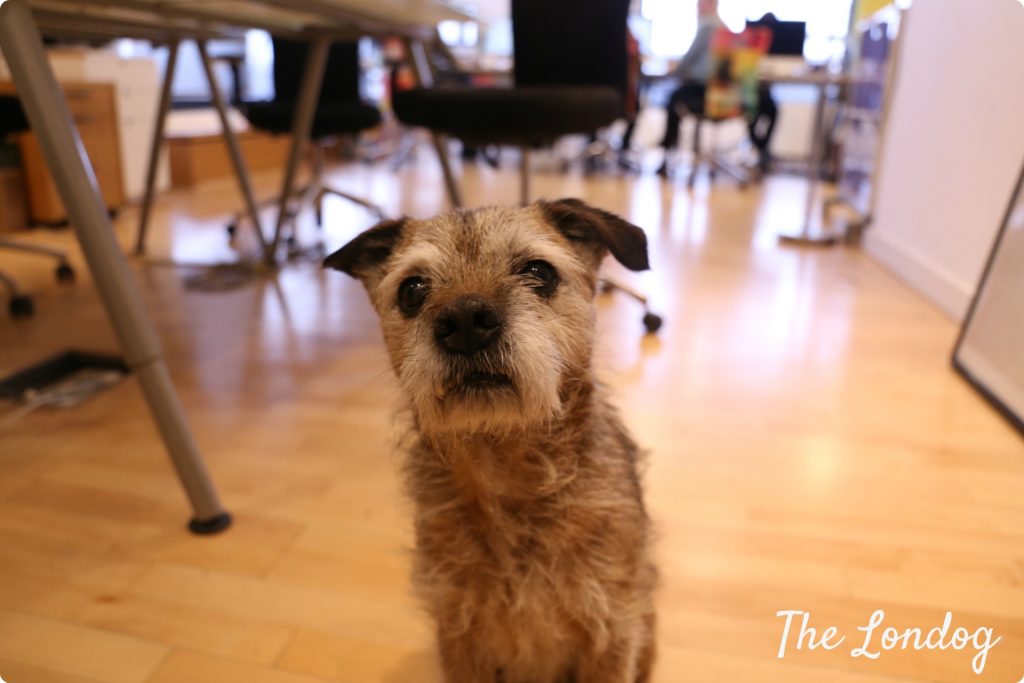 One of the things Otto is very good at is making people smile and adding a cheerful vibe to the office. “Having a dog around is definitely good for morale” said Chris. “He’ll lie next to people who look like they need cheering up and he’s generally happy to play or take food from anyone. Clients look forward to seeing him, and even the neighbours are pleased to meet him in the lift.”

From a quick office poll about the best things of having Otto around in the office, answers included: “He makes me happy”, “He’s just a bundle of joy to have around the office”, “It’s alway good to be watched intently while you are eating food in the office”. 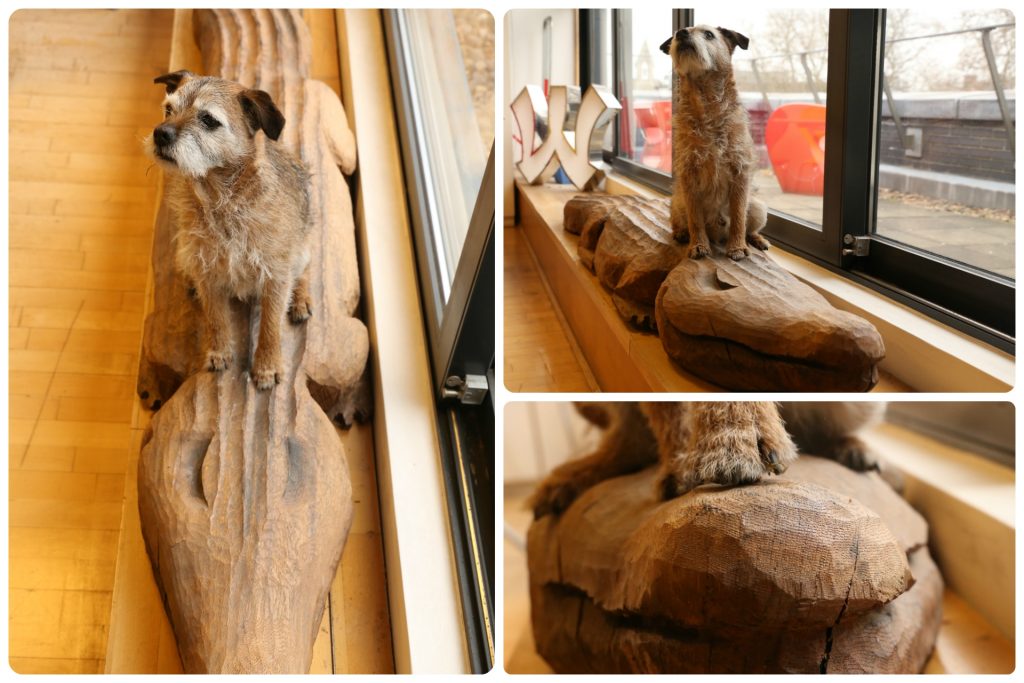 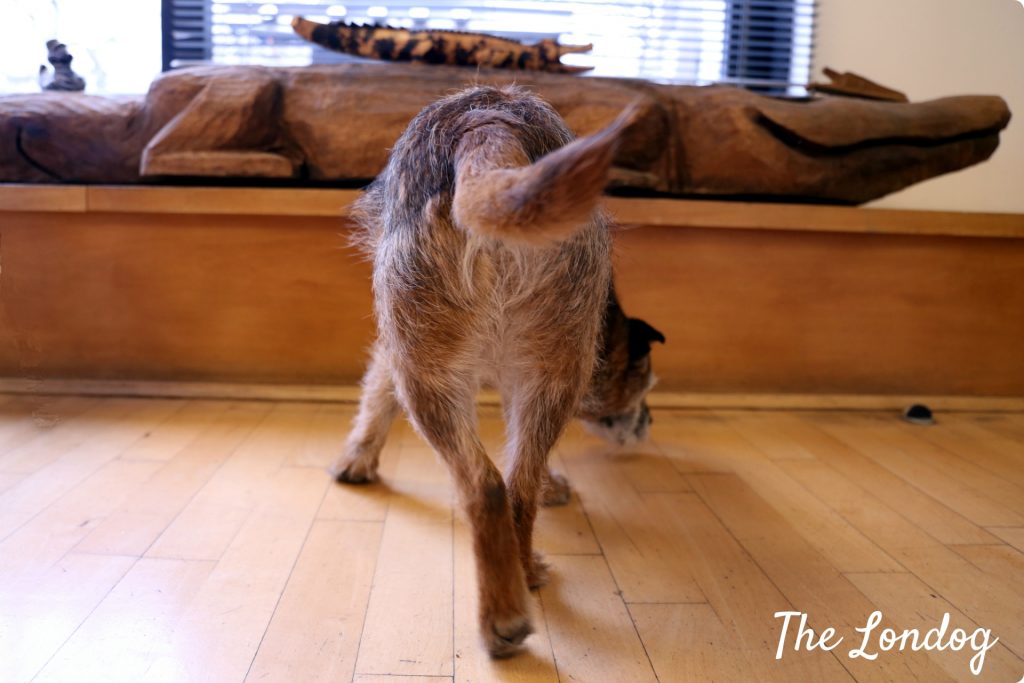