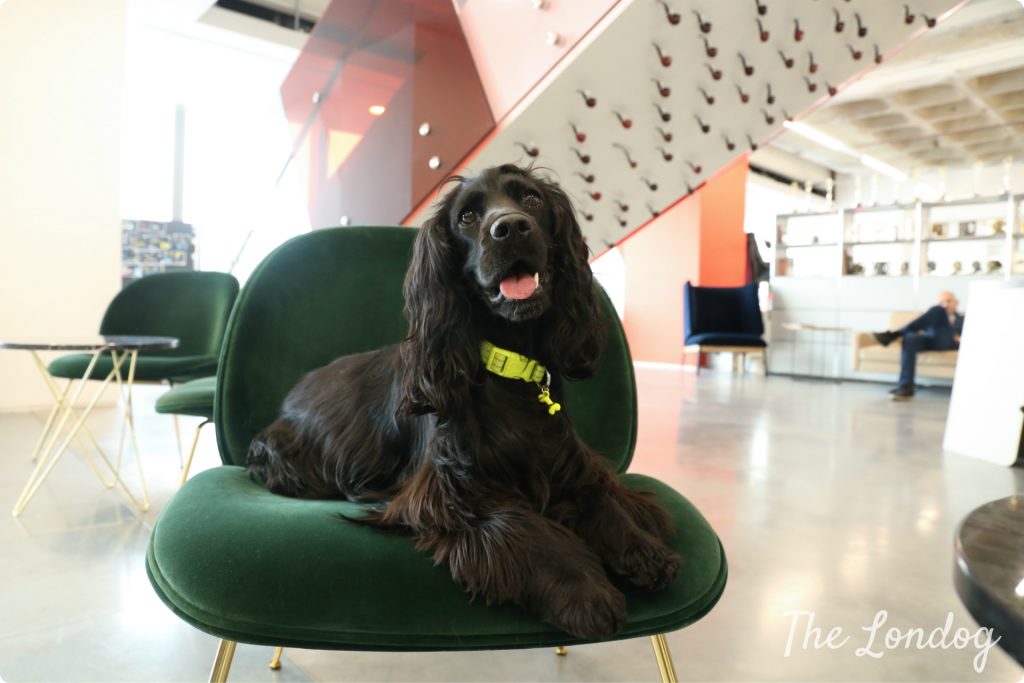 Bailey, the one year-old Cocker Spaniel, is Chief Relaxation Officer at Ogilvy & Mather, a leading global advertising and marketing agency. Bailey has been going to the office since she was 14 weeks old and joins Matt around two or three days a week. On those days, she is in charge of making sure everyone at the office is happy. 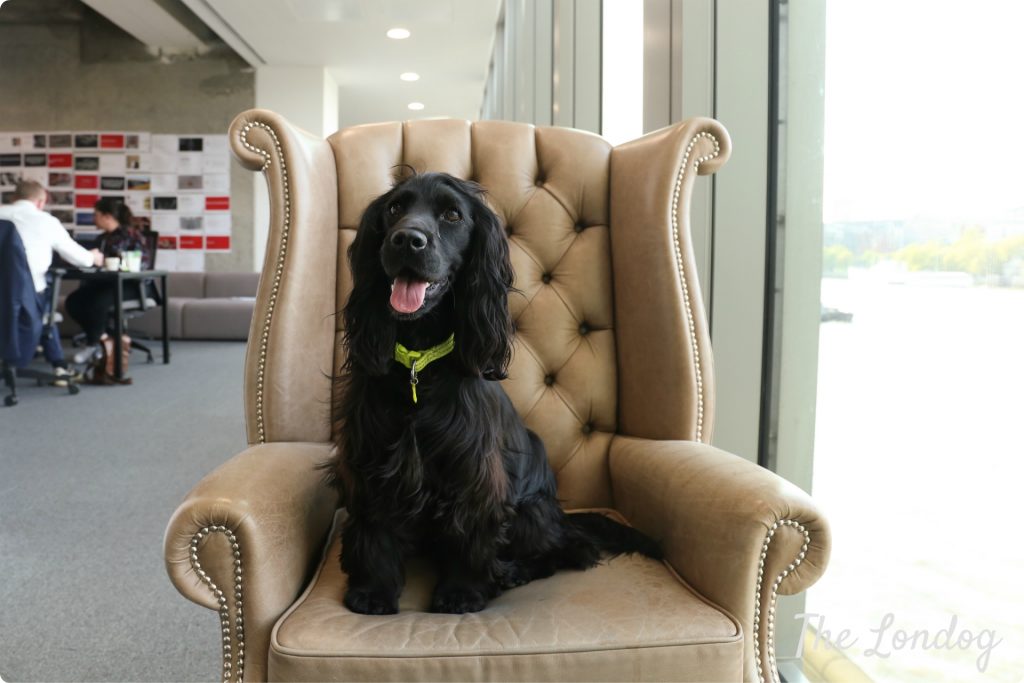 As her official job title suggests, Bailey’s remit is to provide a dose of calming vibes to help employees cope with their demanding tasks. In particular, one of Bailey’s favourite occupations is to greet everyone. “She enjoys saying hello to everyone in the morning before having her breakfast and enjoying a nap afterwards. Once awake, she’ll go around saying hello to everyone again and generally looking for some attention or cuddles” said Matt.

Bailey also loves charging around the office between meetings. “[That] is her favourite thing, and she loves rolling onto her back and having her tummy tickled. She’s a real softie”, added Matt. She is such an affectionate and sociable pooch!

Bailey is also known for…

Loving: Charging around the office saying hello to everyone. Sleeping in every meeting she attends. Carrots.
Hating: Police or ambulance sirens and motorbikes.
Funniest habit: Loves a high-five in order to get a treat, or a carrot!
Most annoying habit: Taking forever to decide where she’ll go for a wee when on a walk or before bedtime! 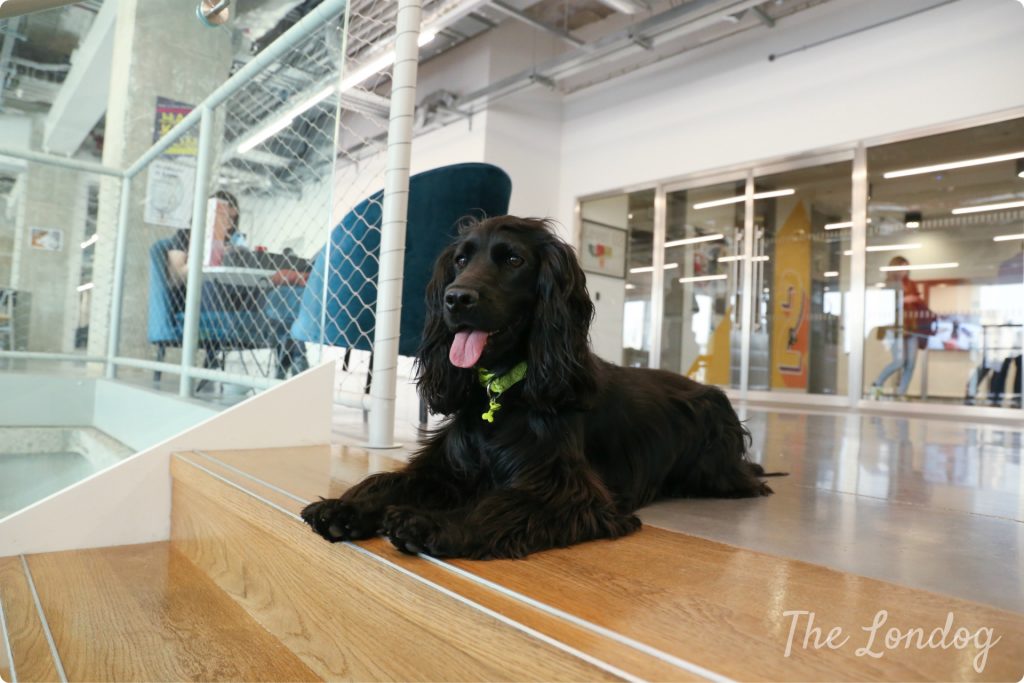 But Bailey’s greatest love is probably Matt. Matt recounted that anywhere he goes, she follows and she truly acts like his shadow. Apart from him, there’s another person at the office she absolutely loves, and will follow him around as much. 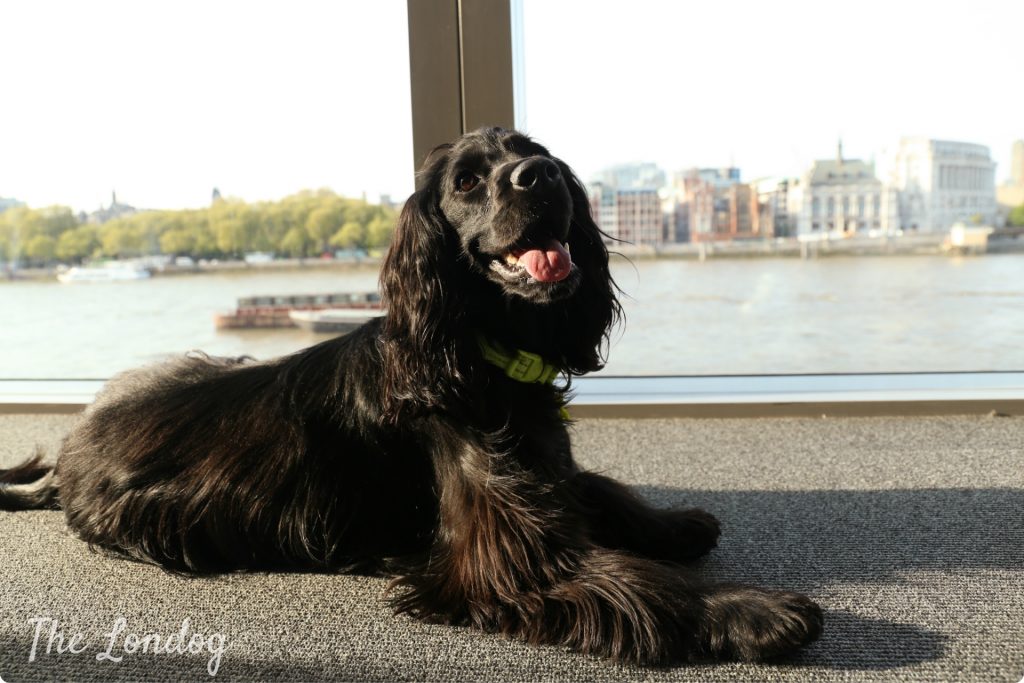 From the window walls of Ogilvy & Mather’s offices – which are located on the South bank in Blackfriars – one can enjoy a magnificent view of the Thames. One of Bailey’s favourite pastimes is in fact looking at passer-bys on the Thames Path below. The armchairs by the windows make a ring side seat and perfect observation post for her activity.

During her river path walks, at lunch time or on her way to and from the office, Bailey has also had some interesting encounters in the area. “We work next to a swanky London hotel, and there are often celebs staying there. She’s been hugged and played with by all sorts of celebs, including Justin Bieber and the odd retired footballer from time to time” explained Matt. 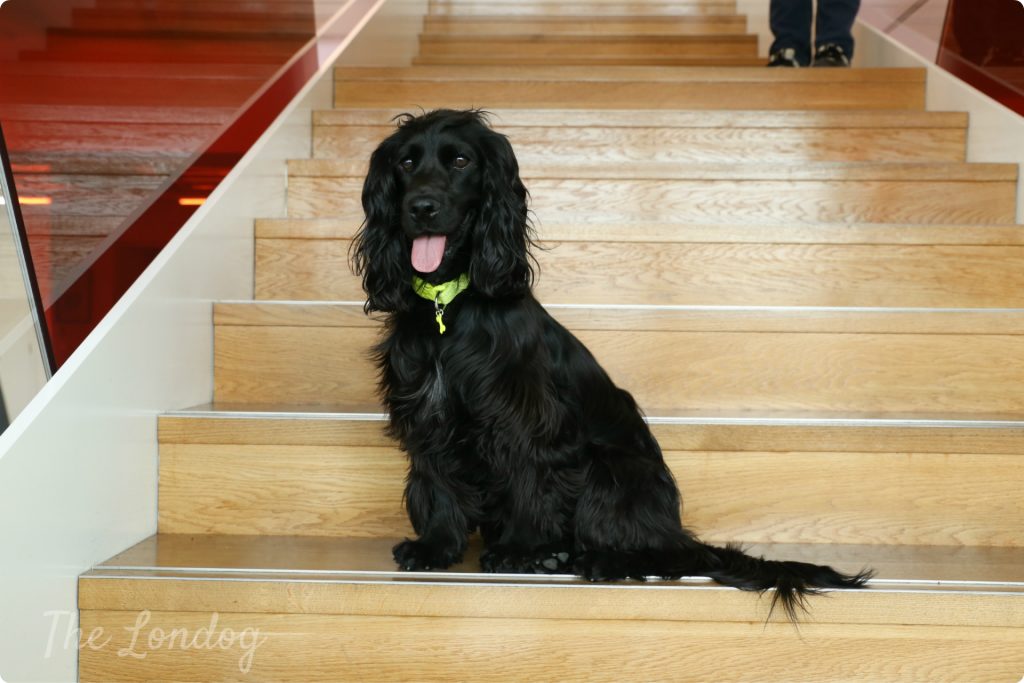 Ogilvy & Mather is a very dog-friendly business. Matt noted that Bailey is not the only working dog (although she is probably the one who is in the office regularly), “In total, Bailey is probably one of around 6 or 7 on any given day. The office size is 1,400 [employees] on most days. She’s the most well-known dog in the office though, thanks to having a photo of her on the reception wall for well over a year, now.”

Her portrait in the reception is remarkable, indeed, and depicts her peeking out from a row of seated team members while in a meeting.

“She’s a wonderful source of joy in the office, and as I work in HR, she’s known by the entire office, not just one operating company or department” continued Matt. “She’s well loved by everyone and people are regularly coming up to ask if they can take her for a walk along the Southbank.” 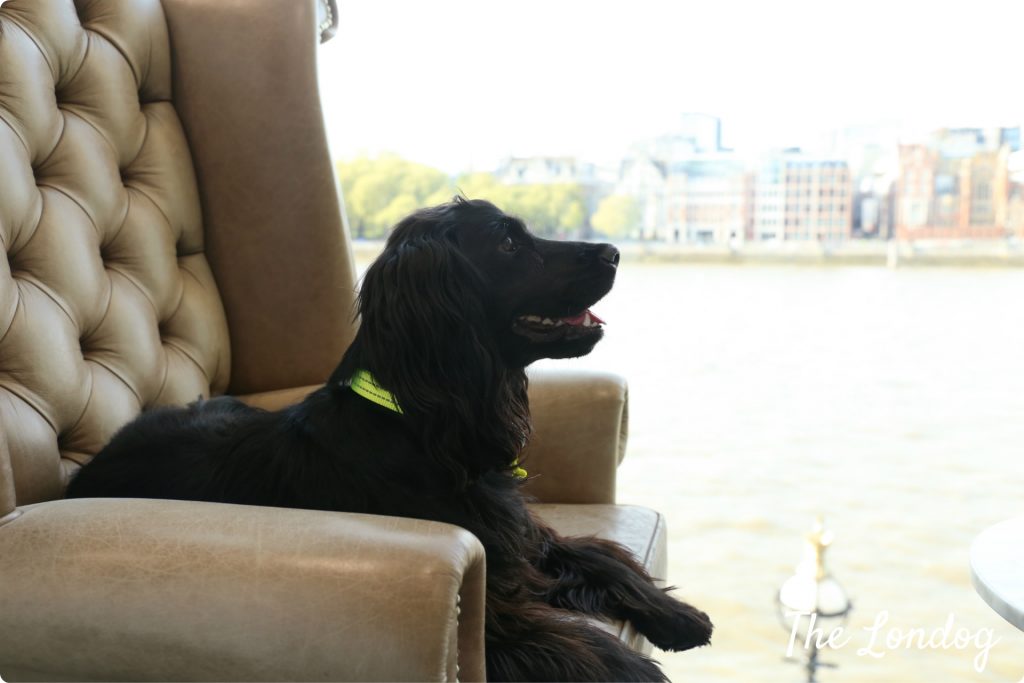