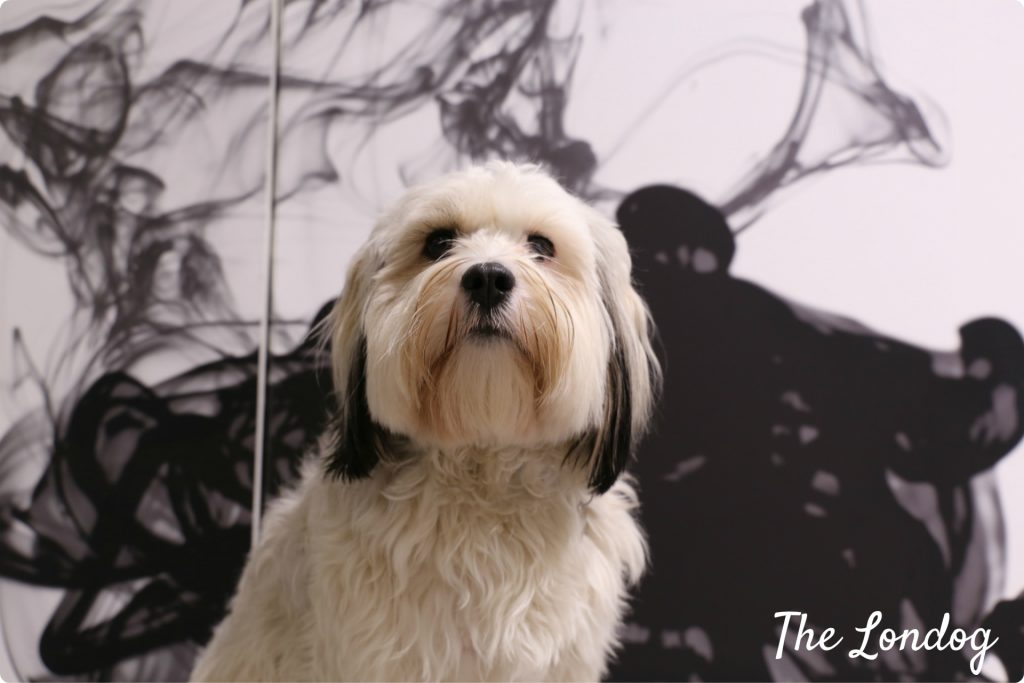 M is for Monday, but also for Molly and MullenLowe. Molly is a beloved Tibetan Terrier, who is about to turn two years old and is “employed” as office dog at MullenLowe Profero, a leading digital marketing agency. Molly’s mummy, Erika, is currently on maternity leave, but since Molly was ten weeks old and until her last day at the office she has been bringing her to work on a daily basis. Erika was so kind to pop by and invite me at her office for a photoshoot. 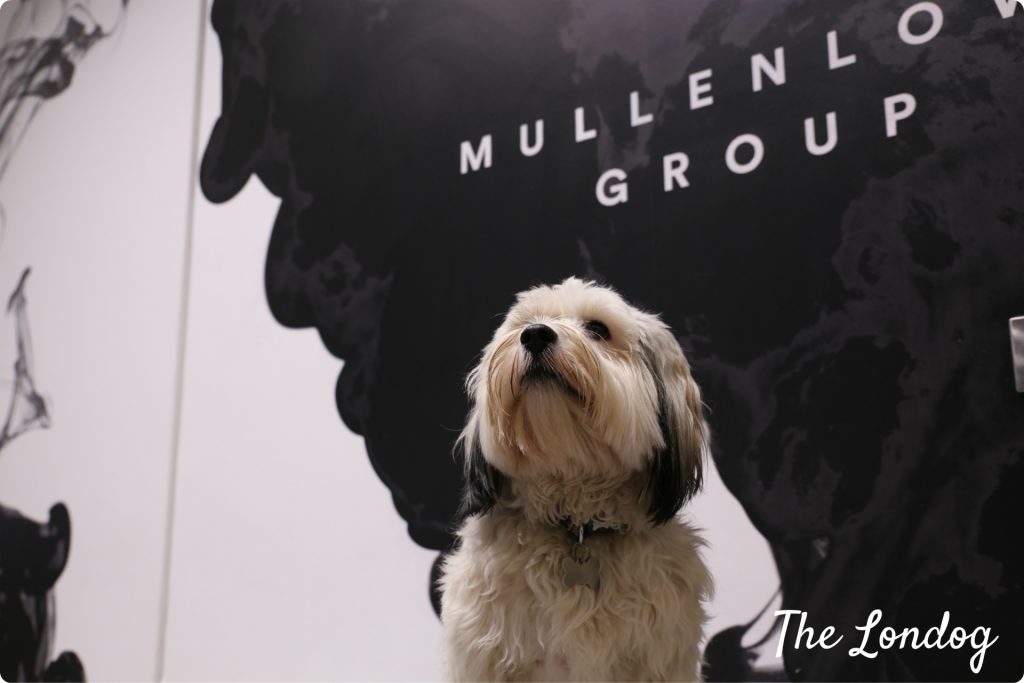 From the moment I met Molly, I understood that it would have been very easy to take pictures of her. I wasn’t wrong at all: she is very well behaved and definitely not camera shy. Actually rather the opposite. She seems to enjoy posing in front of it and Erika confirmed that this is because she takes so many pictures of her on a daily basis.

“She is an amazing dog, great with people, other dogs and kids” told me Erika. “I decided to go for that breed after doing some research: as I’m a bit allergic to dogs I needed a hypoallergenic pet and we were also planning to have a baby, so wanted to have a friendly dog. I think I couldn’t have asked for a better one.” 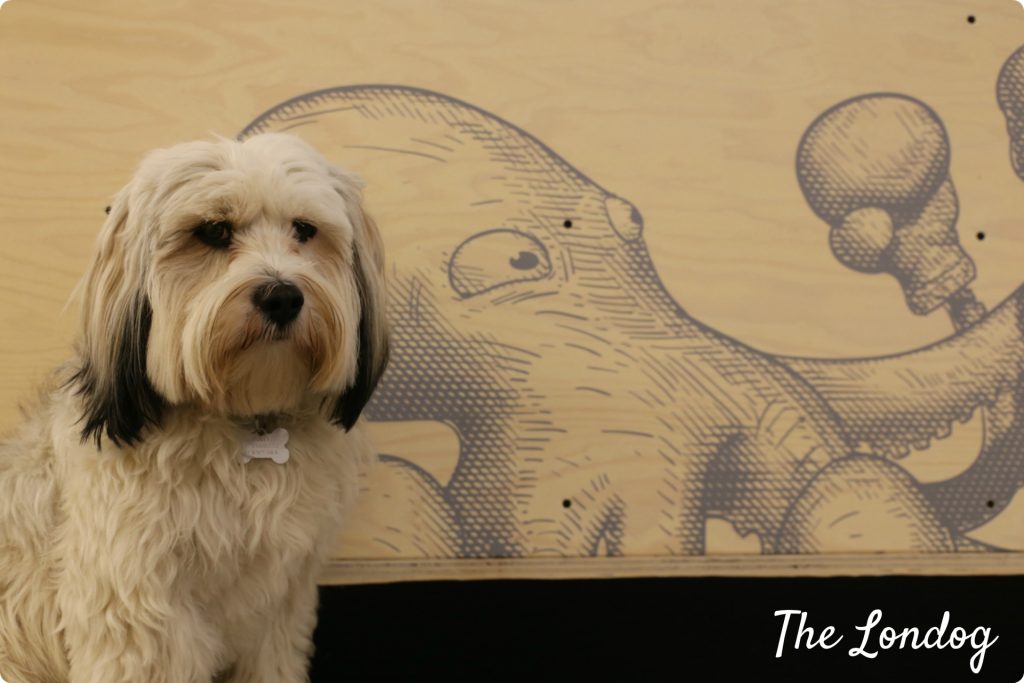 When Erika got Molly, she took a week off from work to be able to work on some basic training and avoid Molly making a mess at the office. Erika confirmed that, before Molly, MullenLowe already had a dog-friendly policy, but nobody was bringing their dogs to work, so Molly was the first one. She soon melted the hearts of Erika’s colleagues and even obtained a special job title: “Cuddling Manager”! 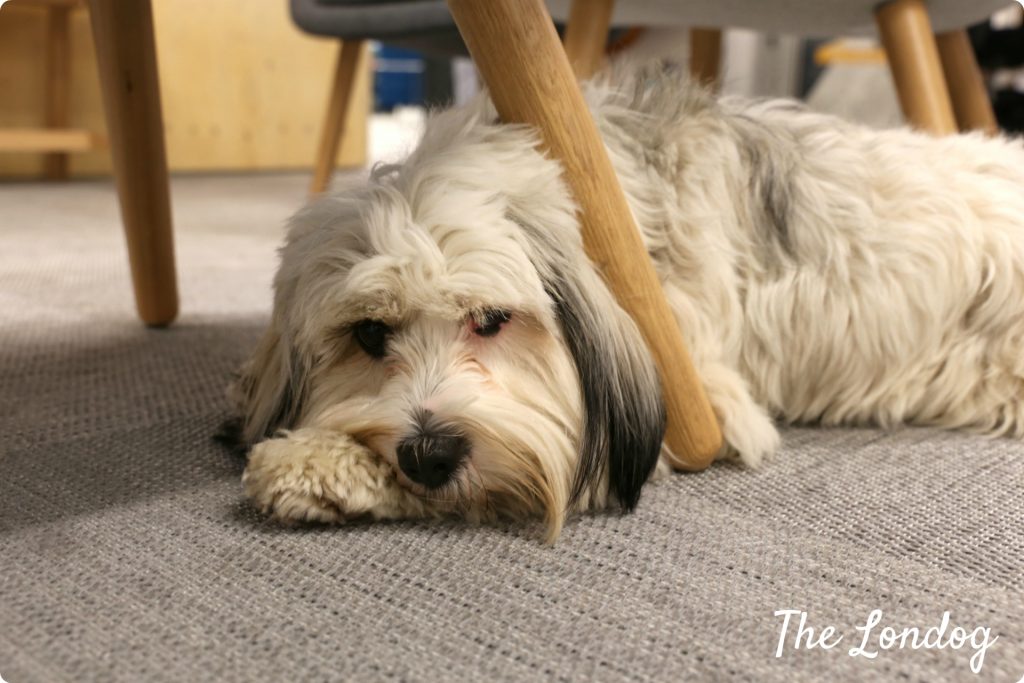 Molly is very chilled out in the work  environment. “Molly normally stays under my desk, where she has her bed. Sometimes she likes to sleep in other places but always where she can see me. She comes to every meeting she can with me, and chews her pigs ear while [attending]. She also likes to chew plastic bottles and play with them,” said Erika.

She gets lunch-time walks and often plays with Will, another office dog at MullenLowe Profero. 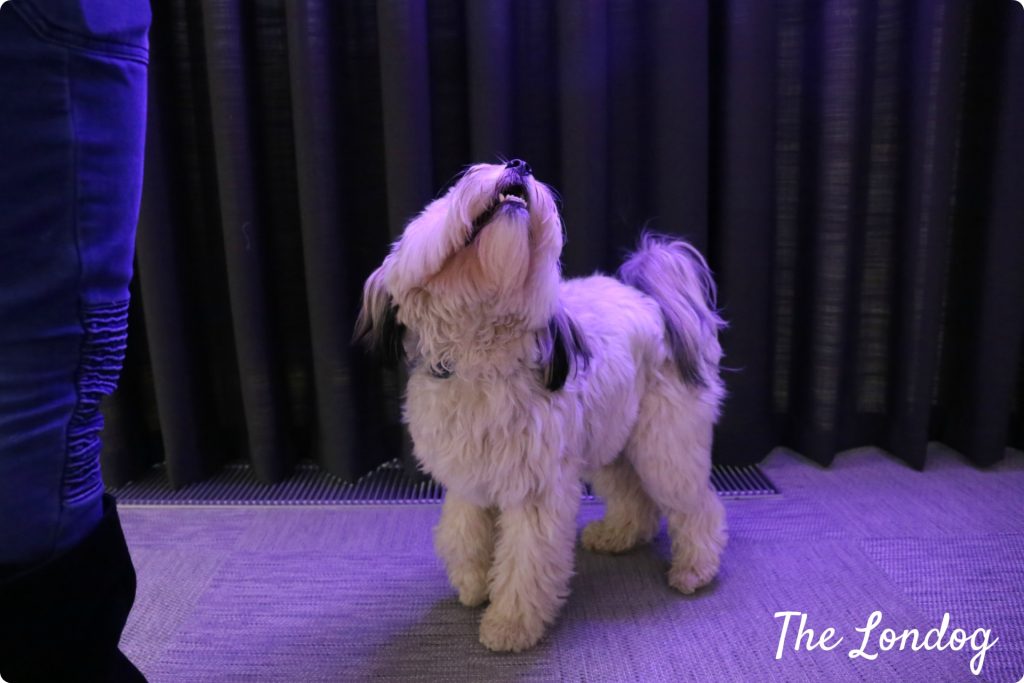 Molly also has some funny habit. “I am starting a lost property help desk as if people can’t find their things they are probably under my desk, as she likes to put her nose in people’s bags, and she especially loves socks!”, giggled Erika.

Erika recalls a few comical situations Molly put herself into, but one of the most embarassing for her took place when Molly was still a puppy. “When she was growing up and having her hormones all over the place, a very senior member of the management passed by and she followed him to hump his leg! He actually thought it was funny and laughed about it! Phew…”

Bringing a Dog to Work 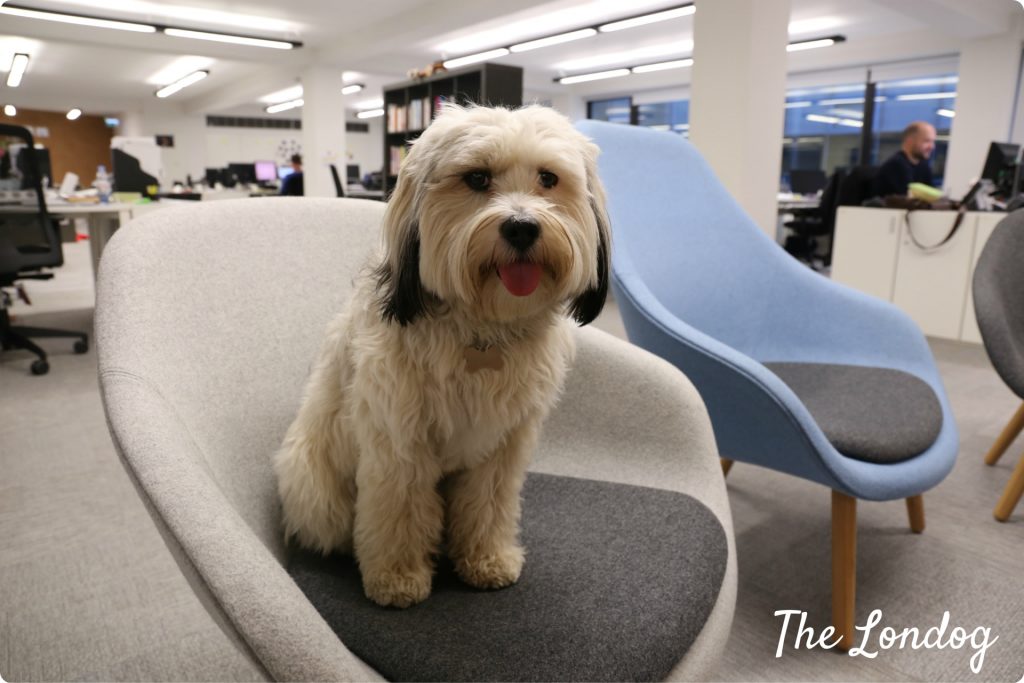 The decision of getting a dog came after Erika confirmed that she could bring it to work. “I really wanted a dog but didn’t have one before because I didn’t want to leave it alone, so when I knew that we had a dog policy I asked our MD if I could bring a dog. As soon as he said yes I decided to get Molly!” explained Erika. “I think it is great that every time someone was having a bad day, they were coming to stroke Molly or playing with her. Also the environment feels more fun and actually, as a dog lover, I don’t need to worry about leaving her alone.”

Molly also has an Instagram account, which Erika opened after some work colleagues suggested the idea to share her stories.  “At the moment I’m on maternity so the stories are more around the baby and Molly though,” concluded Erika. 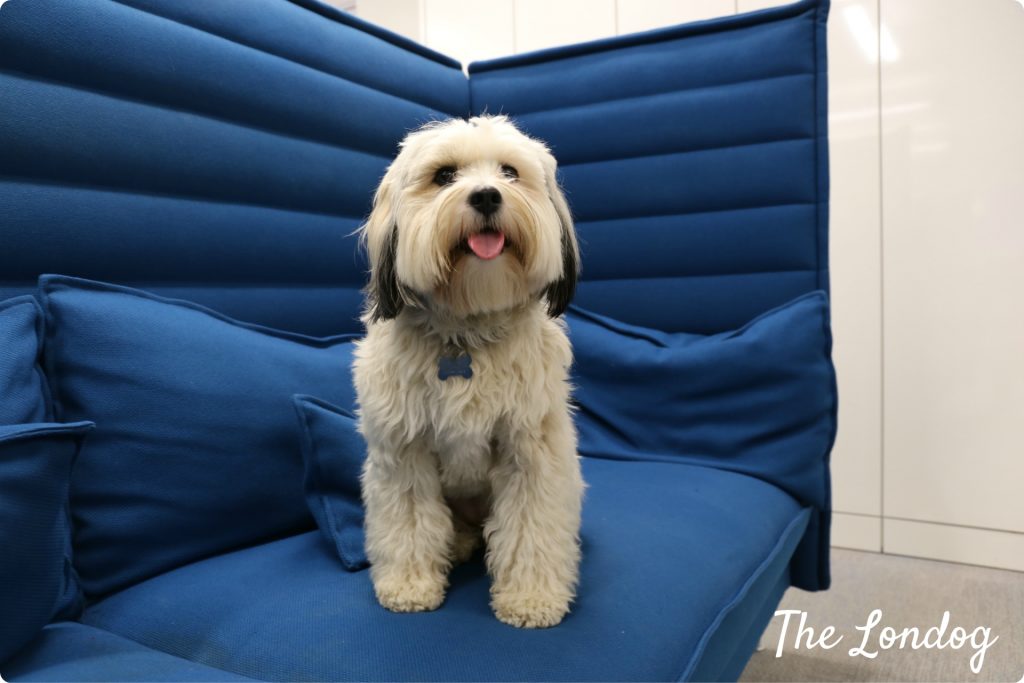 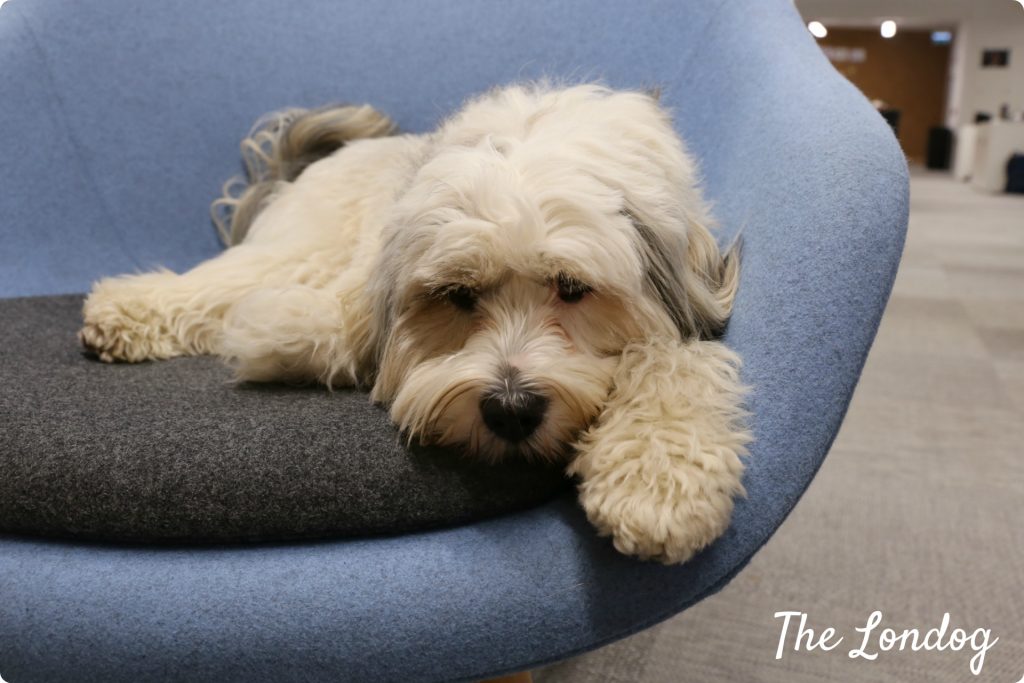 This is the first post in our second Office Dog Week. Follow The Londog and read tomorrow’s office dog story!