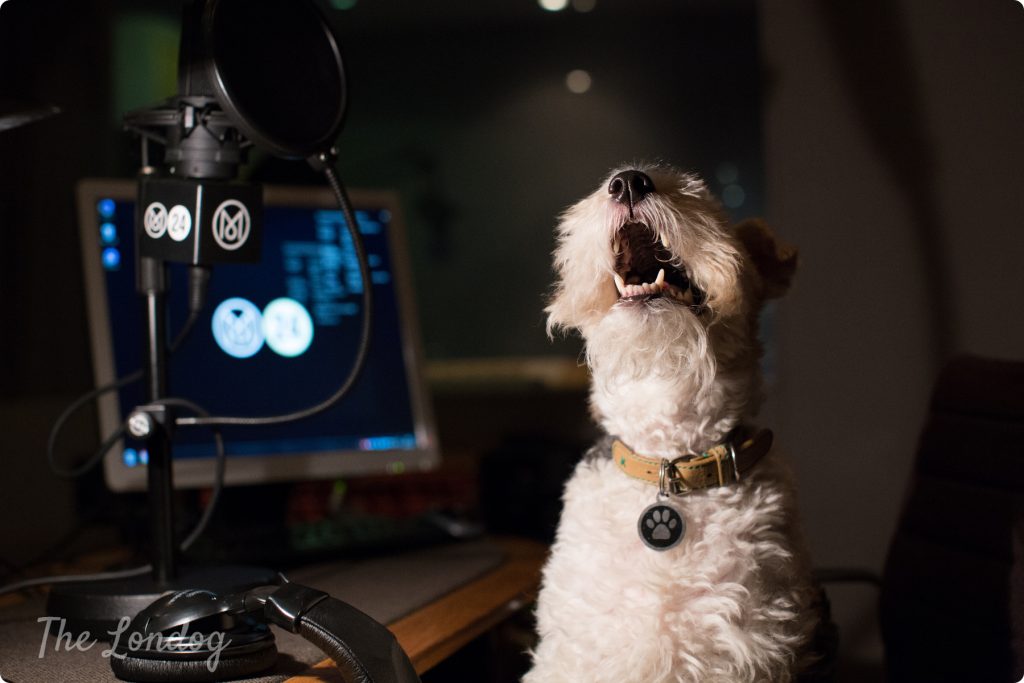 Macy, the Fox Terrier, has been joining Andrew Tuck, editor at Monocle – the global affairs and culture magazine and radio – at work for the last six years, since she was a puppy. Monocle just turned 11 years old and she has very much become a part of the office culture. This is her story in the Office Dog Series. 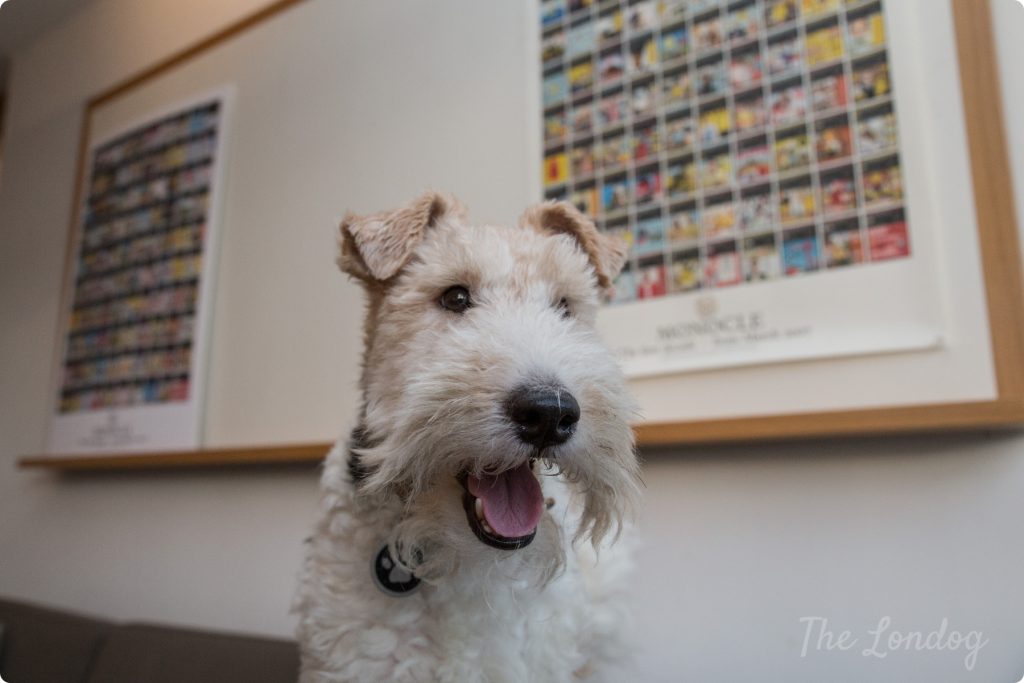 When I arrive at Midori House – Monocle’s HQ – in the heart of Marylebone, it is an early, brisk, sunny morning. Monocle’s sleek products are aligned in the lobby and the latest magazine issues and books published by Monocle welcome guests in the waiting room.

I start flicking through one of the books – the Monocle Guide To Better Living – and find an entire chapter about pets, when Macy peeps into the room and amicably comes to say hi. There is something about her posture or attitude – I can’t quite decide which – that makes her look like an impeccable fit in Monocle’s neat office. 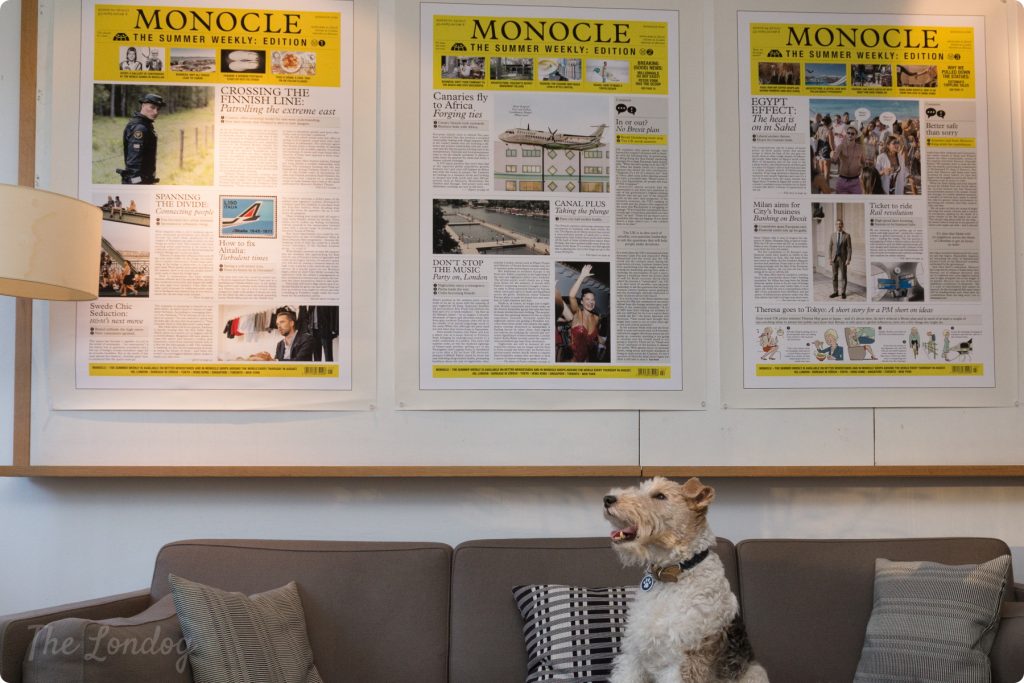 Andrew explains that she doesn’t have any special job titles or nicknames, “She is just Macy. But she has a second name ‘Noodle’ and sometimes I do call her by her full name. It is a long story…” Macy can look at you (or at the toy you hold in your hand) with very attentive eyes while her mouth opens in a wide smile, her pink tongue forming a very distinct shape. She really has a clever smile.

Andrew recounts, “Macy is a funny mixture of confidence – pure Terrier – and caution (not very helpful for a London dog, since she hates the sound and size of buses). So in a park she is all bravery; on the road I have to find routes that are bus-free. She is loving and entertaining – when she is excited she jumps like a rabbit -. And she is incredibly expressive, often listening in to conversations”. 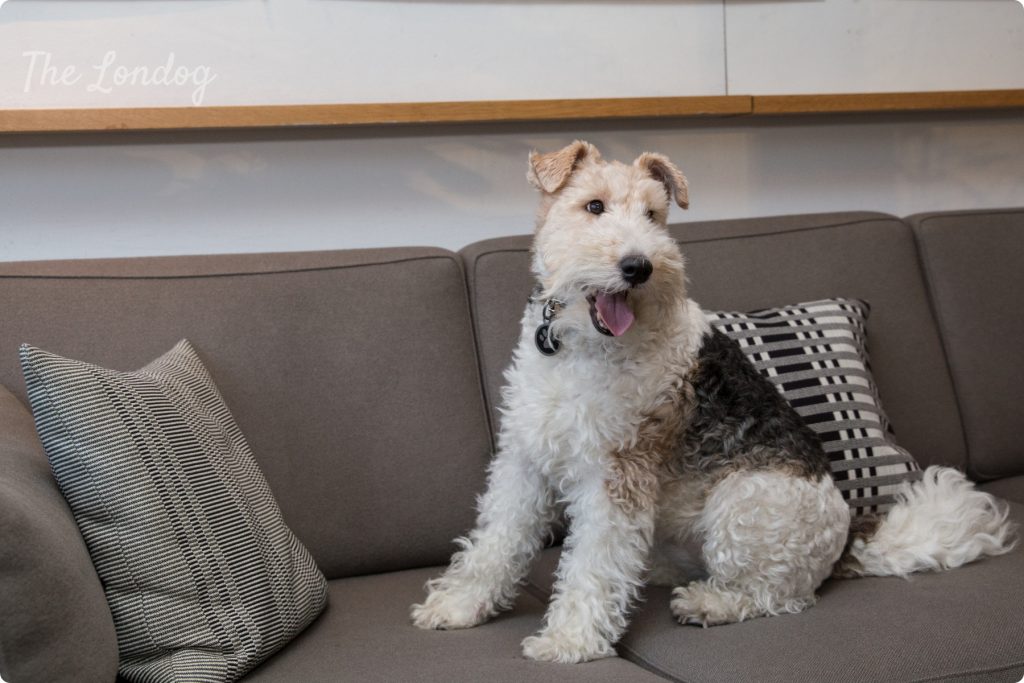 Macy is also known for…

Loving: Sleeping on the bed, tummy tickles, finding a dog that can be enticed into a game of chase.
Hating: Buses, mail vans, thunderstorms, other Fox Terriers (luckily many Fox Terrier owners face the same issue).
Funniest habit: “Rabbit jumping”
Most annoying habit: Deciding it’s not time to leave the park.

Macy also experienced several moments of fame. The most noteworthy highlight is a photo of Kylie Minogue playing with her as a puppy. In addition, Andrew notes that she managed to sneak into a few magazine photo shoots. Asked about which city matches Macy’s personality the most, he replies, “Apart from those buses, London is her home. She loves the parks, likes going to dinner – we have found every restaurant that takes dogs -. She is happy here.” 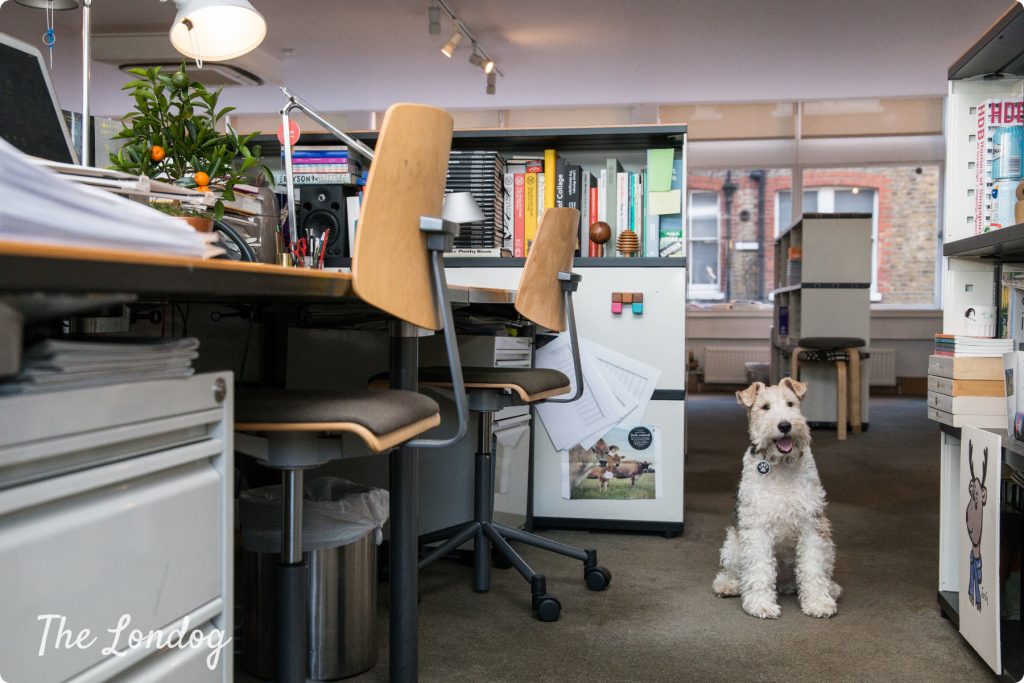 As we walk along the first floor, in the large open space accommodating the desks and overlooking Paddington Street Gardens, Andrew explains that the first time Macy came in to the office she ran downstairs and straight out of the building. To avoid further adventurous escaping, they had to adopt a closed door policy until she got used to the new environment and started shadowing Andrew in his daily activities.

Macy has a well-established office routine now. “Luckily she mostly sticks with me” says Andrew. “She is happy curled up under the desk, although prefers to balance on my lap as I type. But she will wander off to see other people – especially if she can lure them in to throwing a toy”.

When Andrew is recording “The Urbanist” radio show, in the studio downstairs, Macy can sometimes be found in the controller’s room, intently listening to his voice. One can almost picture her while she tilts her head like Nipper, the dog in Barraud’s painting “His Master’s Voice”. 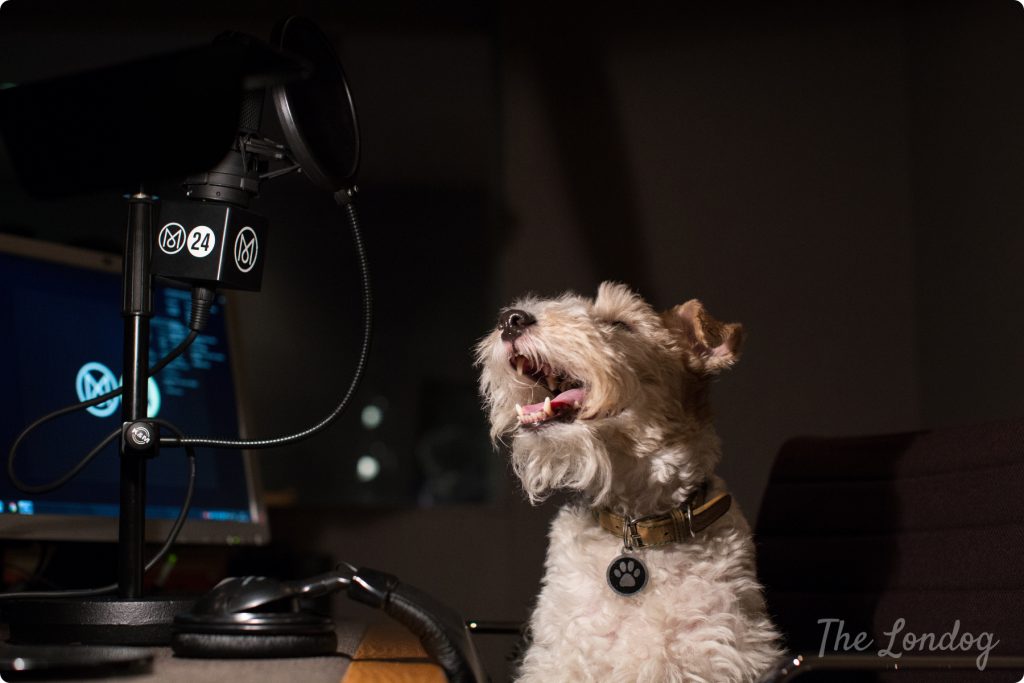 If you browse through Monocle’s magazine archives, you find that dogs are a recurring theme. A lovely feature is that which seems a yearly edition about the dogs of diplomats (read Meet the top dogs, Dogged diplomacy, Political pooches). But the four-legged make an appearance in many other issues and are even pictured on several covers.

As we stop by the wall where all the magazine covers are displayed, Andrew points out a recent cover featuring the illustration of a guard dog, one with a Husky, another featuring a Pomeranian in Japan, and the list does not seem to end there. “We are very much pro-dog in the office and in the magazine too”, he says. 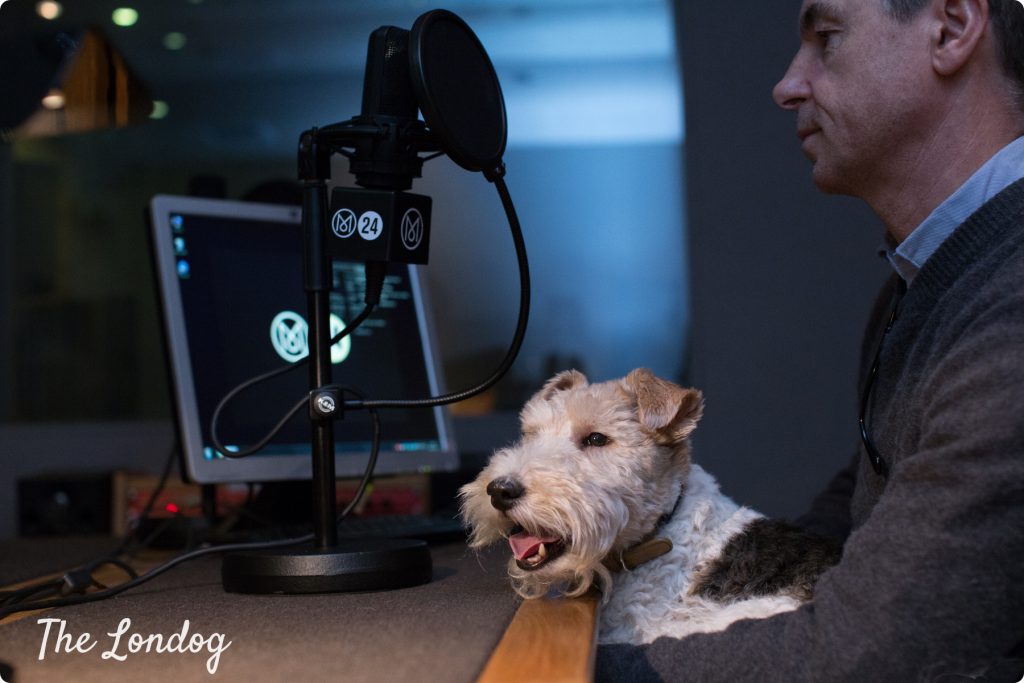 Macy is often joined by two other canine team members: a Whippet and an Irish Terrier. “I think everyone looks a bit happier when they are here”, comments Andrew. Macy certainly is a big hit also with guests and, during our meeting, she catches the attention of some visitors. “I like to think Macy changes the mood; makes things feel more relaxed. She certainly gets lots of people coming over for a stroke”, adds Andrew.

Three rules for office good manners as told by Andrew:

// Follow @thelondog to stay up to date with all new features//

In this edition of the Office Dog Series so far:

Tomorrow’s office dog story is about Nora of TransferWise. You can read it from 24.00 on the blog.