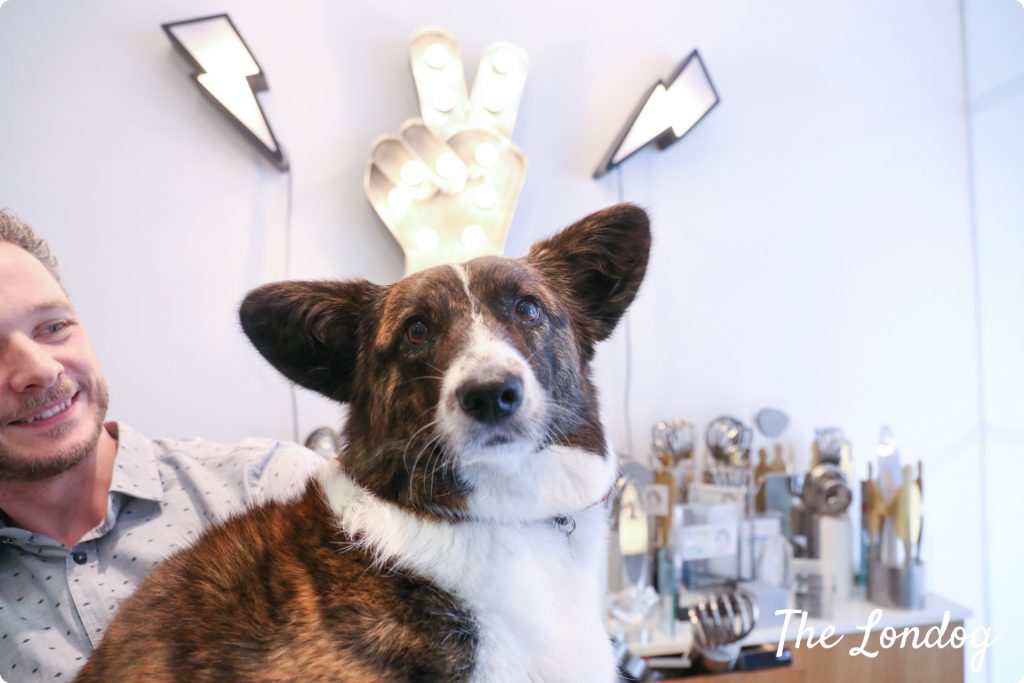 Luna is the Cardigan Corgi office dog of ThirtyThree, an employer branding and marketing agency. Her superhero name is Luna Moonbear, while in the office she is known as the Chief Morale Officer. 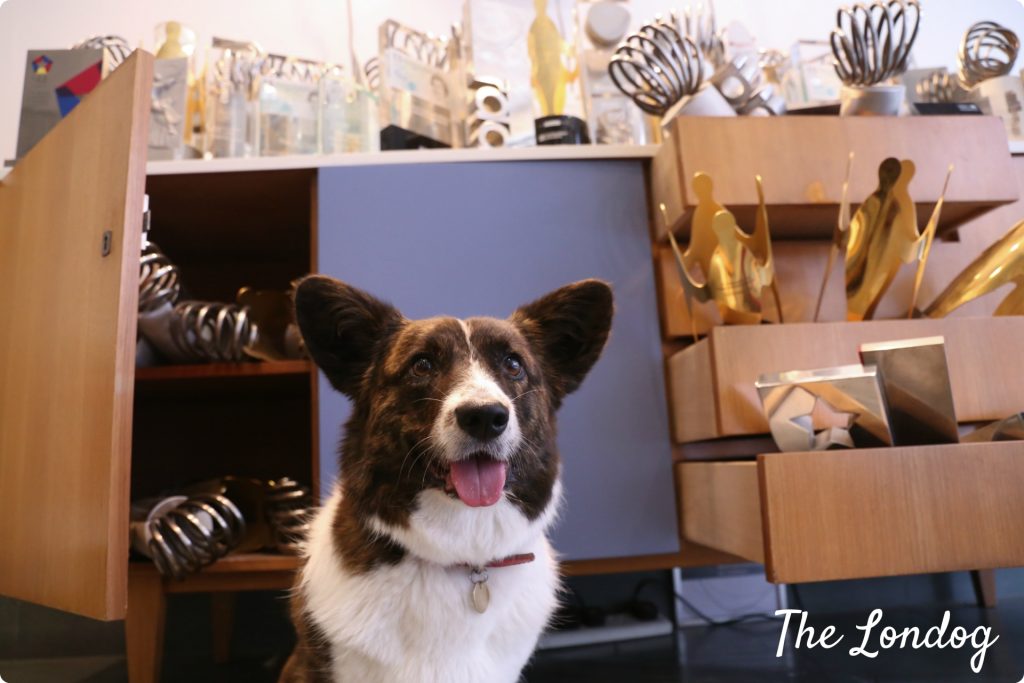 Luna is very jolly and she loves people. Alastair, her dad, describes her as a dog who isn’t just a dog,  she is “a tiny furry person” and “definitely one of the best friends you could ever wish for”.

One trait of hers he is particularly fond of is her gentleness and the fact that she is very laid back. “She’s great with children (and clients) and is happy being petted by absolutely anyone, whether or not they know how to approach a dog properly” noted Alastair. “She’s really tolerant of the completely odd and unusual situations that can come up when working in an agency (the Easter bunny was here a few weeks ago) and always reacts with excitement and enthusiasm for the new situation”. 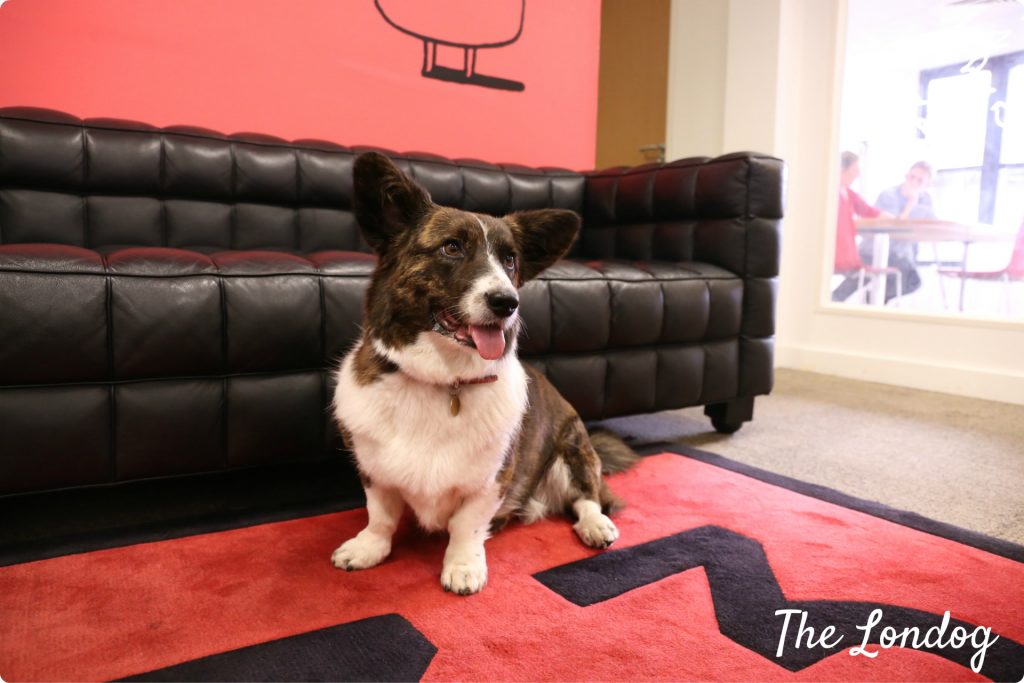 Luna also gets noticed for her herding instinct. In fact, she regularly puts her skills to work by ensuring that the team is on track. “Being a member of a herding breed she definitely sees it as her job to keep “her pack” together, which means whenever there’s a meeting or someone gets up to get their lunch, she’ll be there trying to make sure everyone goes together and that nobody gets left behind”, explained Alastair. “If the team all head down to a meeting room for a call, but someone dashes back to get a pen or a notebook, she will wait on the stairs for that person to return, making sure they catch up with the rest of the team for the call. She definitely hates it when people go off and do their own thing, but does love a good trip to the kitchen to make tea for the pod”. 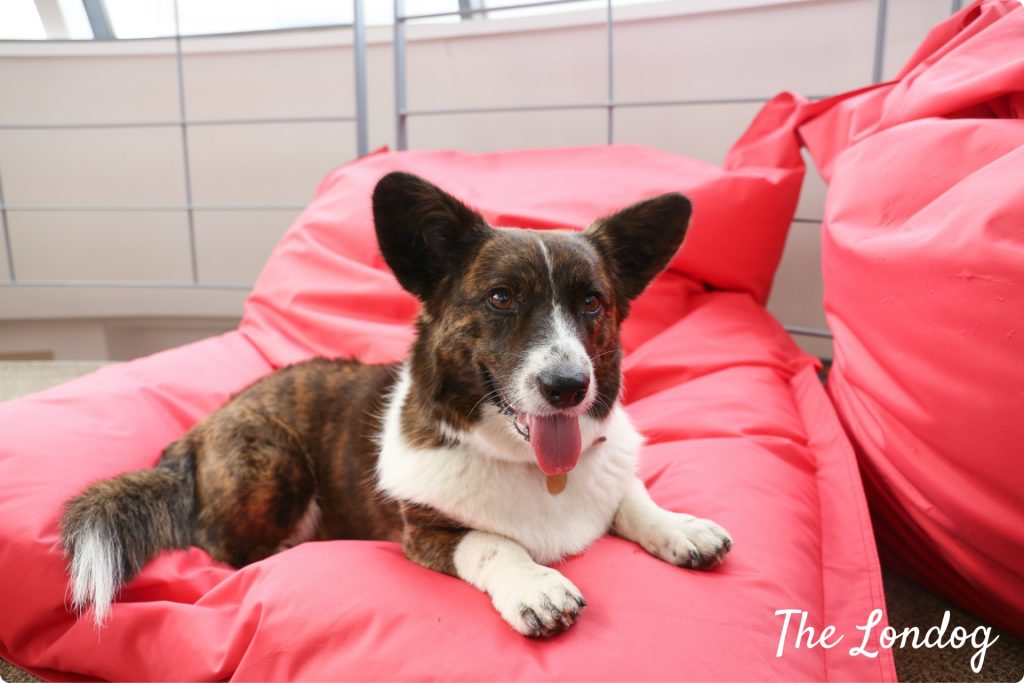 Luna is also known for…

Loving: Belly rubs!
Hating: Birthdays.
Funniest habit: Herding people into meeting rooms.
Most annoying habit: Sleeping RIGHT UNDER the wheels of your chair, effectively trapping you until she decides to wake up.

For our photo shoot we climbed up to the mezzanine on the top floor, which can be reached through a spiral staircase. Luna gave proof of her persistence and tried to climb up several times, falling from the stairs twice without a blink of an eye, before being picked up and taken upstairs. 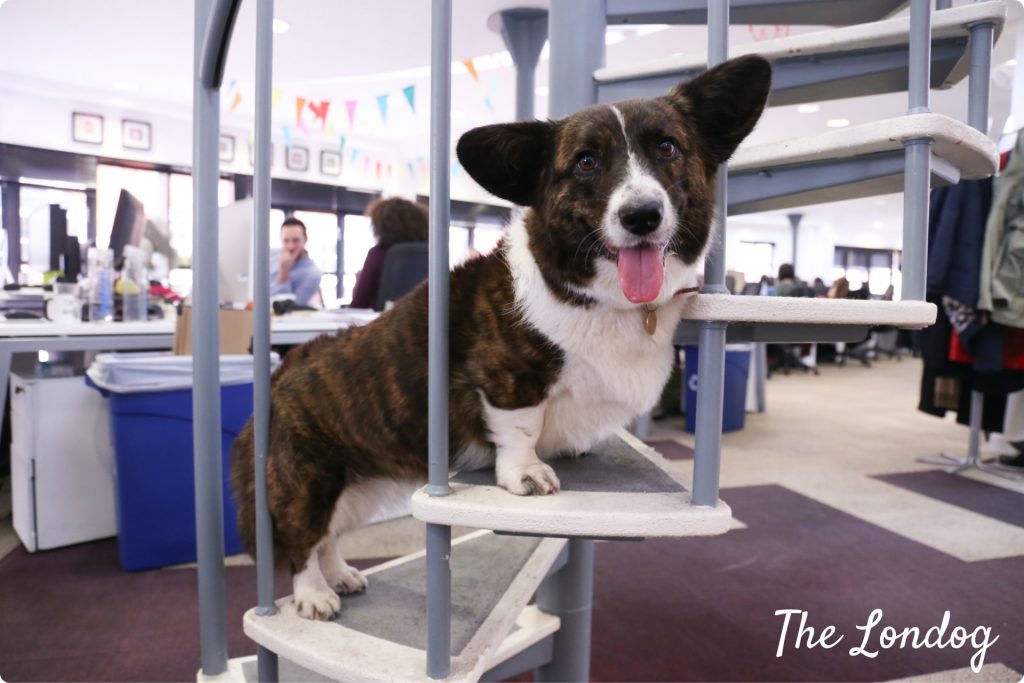 Every day, Alastair and Luna cycle to work: Luna sits in her dog trailer attached to the bike and loves a pit stop at the park to have a play around on the way to the office.

When at the office, “Luna spends most of her time hanging out with the Social and Insights teams with the occasional brainstorm or client meeting interrupting her regular 3-hour naps (AM and PM)” recounted Alastair. “Her absolute favourite thing is surprise belly rubs and charging around the office like a Lunatic when it’s raining outside.” 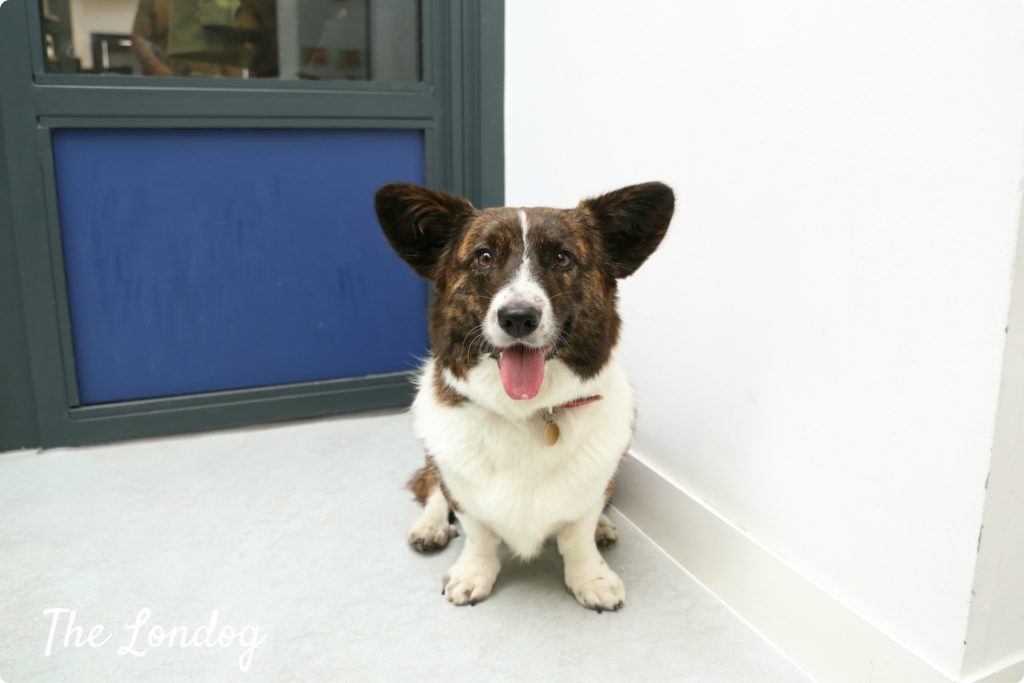 ThirtyThree occupies 4 floors and in order to accomodate the needs of people with allergies, Luna and other office dogs are normally restricted to the bottom 3 floors.

As for Luna’s infamous distaste for birthdays, Alastair explained that “Luna can’t handle Birthdays, or more specifically, she can’t handle people singing “happy Birthday” – which happens a LOT in a large and busy office. For as long as she’s been working in offices unexpectedly and for seemingly no reason, a load of people will suddenly appear (with cake and fire) and EVERYONE will start singing the same song. Then just as quickly as it began, all those people will disappear again and everything goes back to normal. She just can’t work it out and will bark and run around, looking for answers, until people stop singing.” 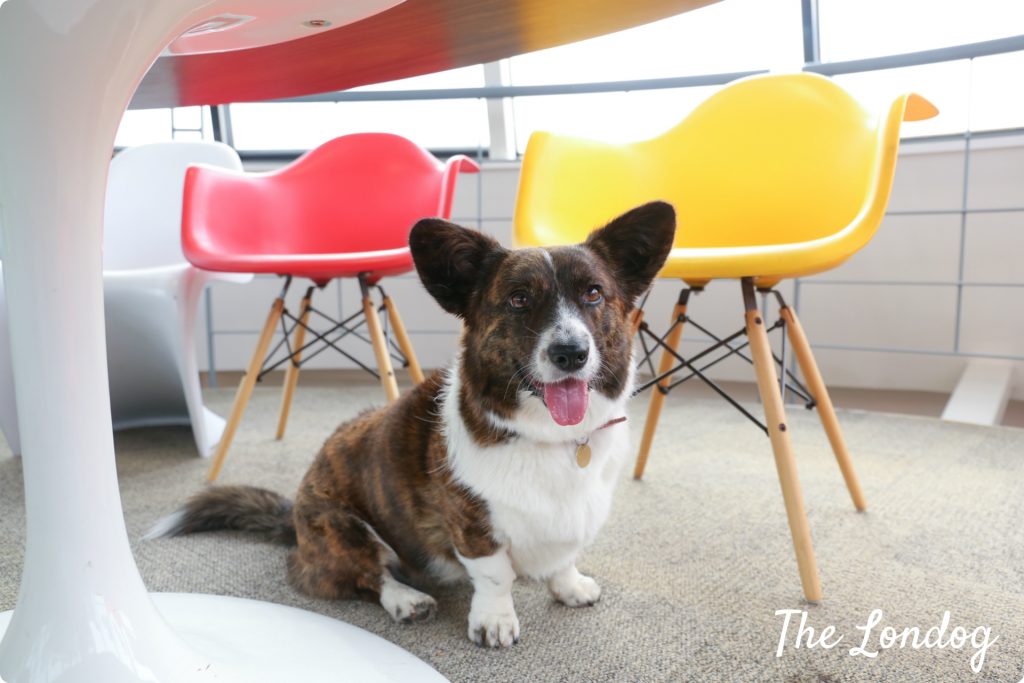 In terms of work experience, Luna boasts a curriculum with 3-years worth work accomplishments, which started when she was 14 weeks old. Since then she has worked in 3 different offices.

Among these, she has been going to Pinterest’s London offices with Alastair’s wife. “The Pinterest policy is just as accommodating [as 33’s], however as a startup the size of their UK office team has grown quite a lot over the past few years and their last few buildings have not been as dog-friendly as the ones earlier. There are still the odd doggy days in their new Oxford street offices but it’s now the exception rather than the rule”, said Alastair. 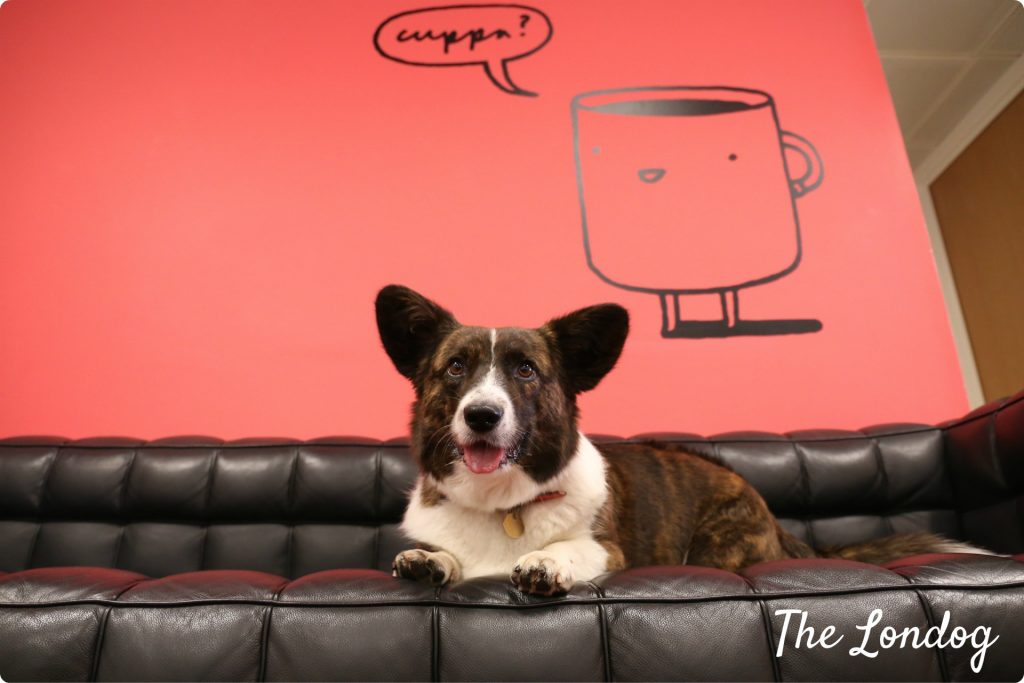 33’s dog policy is very relaxed. “The rule of thumb is that as long as the dogs aren’t distracting [for employees] and they are well behaved, they are welcome. There are parts of the building that are dog-free due to allergies and so on, and generally we have a one-dog-at-a-time rule, but that has definitely been stretched on the occasional Friday” he added.

There is another dog who comes in a few days a week, a Shitzu called Louis and although his focus is usually on Biddable Media rather than Social, they get on like a house on fire. 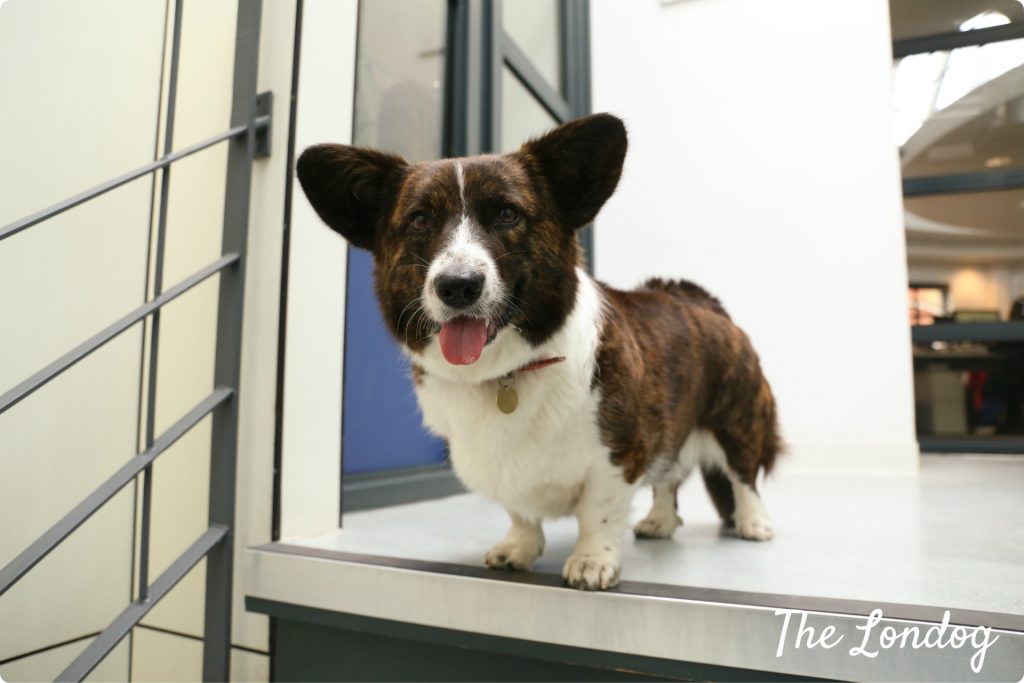 The perks of Luna’s presence at the office are tangible. “Luna’s impact has been hugely positive on the office, although it’s often hard to quantify anything more than anecdotally” noted Alastair. “When people see her they can’t help but smile and most people have something positive to say about her. Whether it’s the way she hops down the stairs when going to a meeting (#ShortLegsProblems) or how she stops in for a visit when someone’s having a bad day, she definitely lives up to her role as Chief Morale Officer. Clients and visitors are also fans and she never fails to raise a smile”.