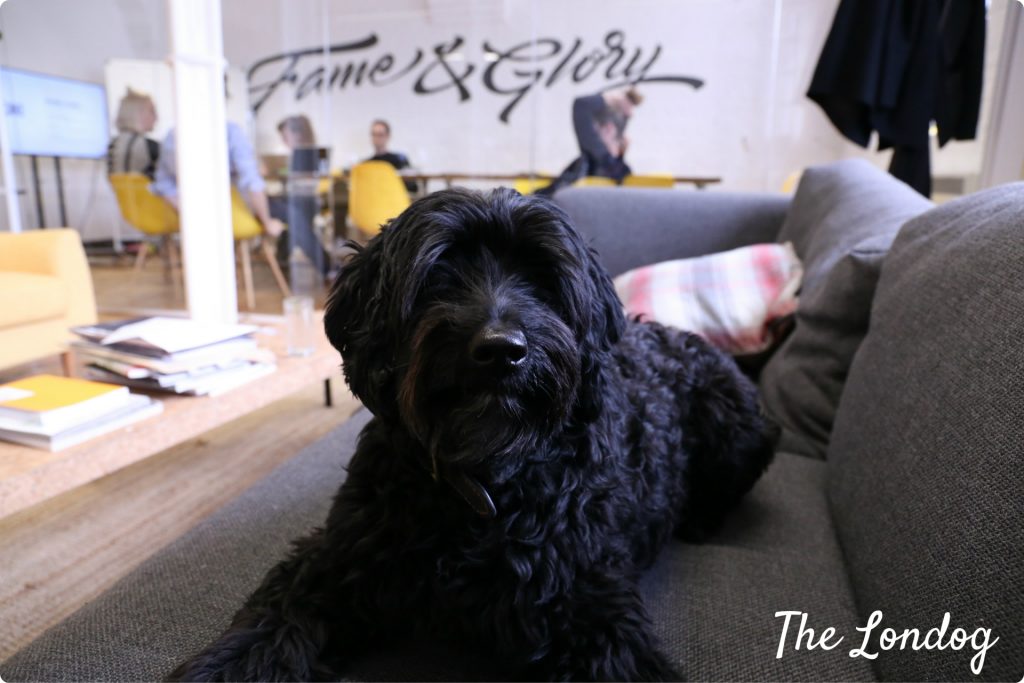 Bert is the Miniature Labradoodle acting as Chief Executive Dog at Impero, a creative and social digital agency. His father, Michael, asked about when Bert started coming to the office, said “Since forever. He’s like the furniture. If furniture could chase balls”. A great start to a very entertaining interview!

Impero has a solid dog culture, boasting a crew of five office dogs. Yes, F I V E ! And Bert, apart from being a very lovable pooch, is obviously the pack leader.


“Bert is awesome” said Michael. “He’s super cuddly and easily my favourite son. He’s a little excitable, and every now and then gets a bit grumpy and throws his weight around with the other dogs in the office. But they deal with it because none of their parents are majority shareholders – so they kinda have to suck it up”.

To satisfy the cravings of such a numerous pack, there is a huge bag of dog biscuits in the office as well as treats of all kinds. Bert has an incredible appetite for the biscuits and seems like he could eat them endlessly. In fact, before our photo shoot, Michael told me not to worry about overfeeding him! 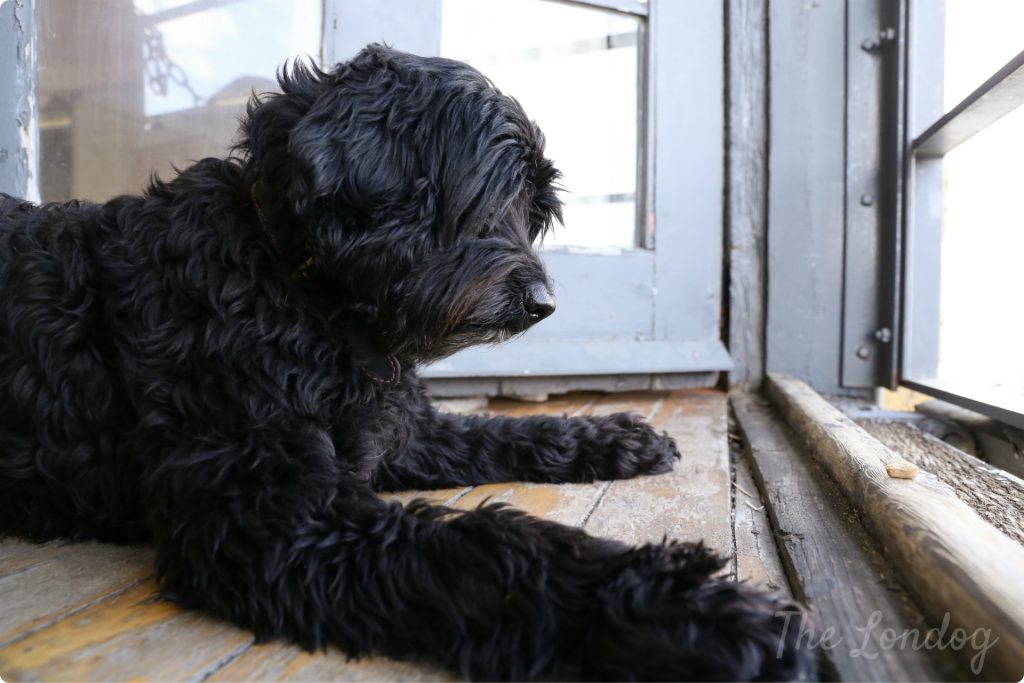 Bert is also known for…

Loving:
“Bert loves 3 things more than anything else in the world:
1. His father. He follows me everywhere. We’re like best pals. If he could talk he would tell you the same thing.
2. He also loves playing ball – but mainly because he has got an impressive top speed which gets all the bitches’ attention down the park and he totes knows it.
3. He loves sitting on my lap. We’ve got a whole Dr Evil thing going on – it’s pretty awesome.”
Hating:
“He doesn’t hate much stuff, because he’s super chilled – but don’t let him hear you ringing that doorbell, or arrive unannounced – he will lose his shit!” 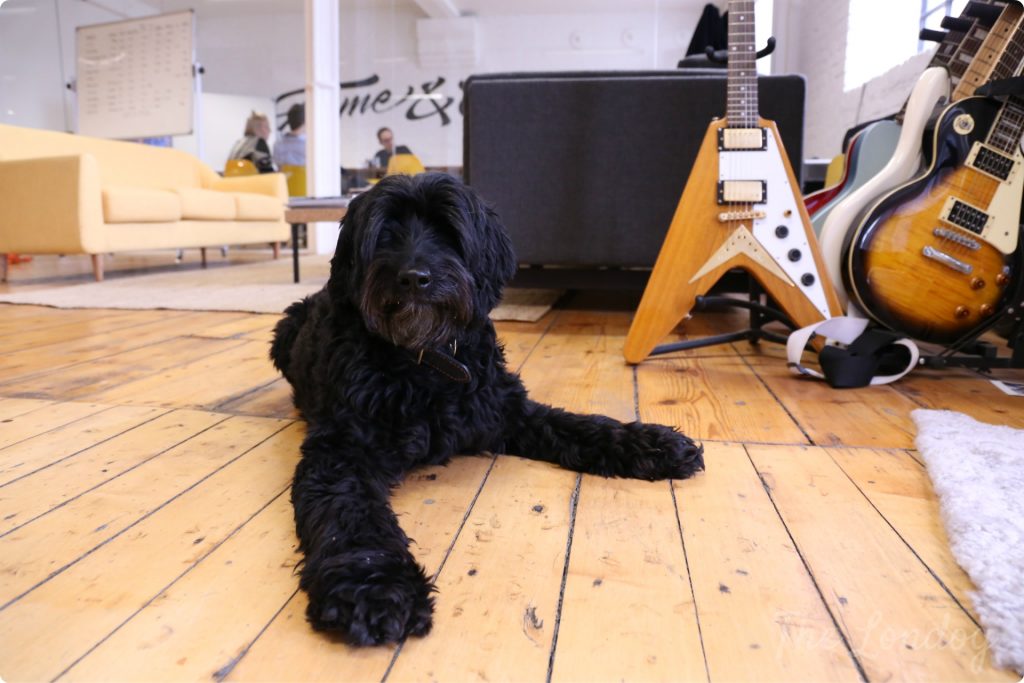 Bert’s job role bestows him duties and honours. “He’s Chief Executive Dog, which puts him second in charge of the agency, should something happen to me (God forbid) he’s ready to wear the crown” explained Michael. “It was a tough call between him and the other humans that work here, but ultimately I think I made the right choice.”

He takes his responsibilities seriously, but also loves a good nap. “In between growling at the other dogs for poor work-related performance issues and barking at anyone who walks through the door, he generally sits under my desk, chilling” recounted Michael. 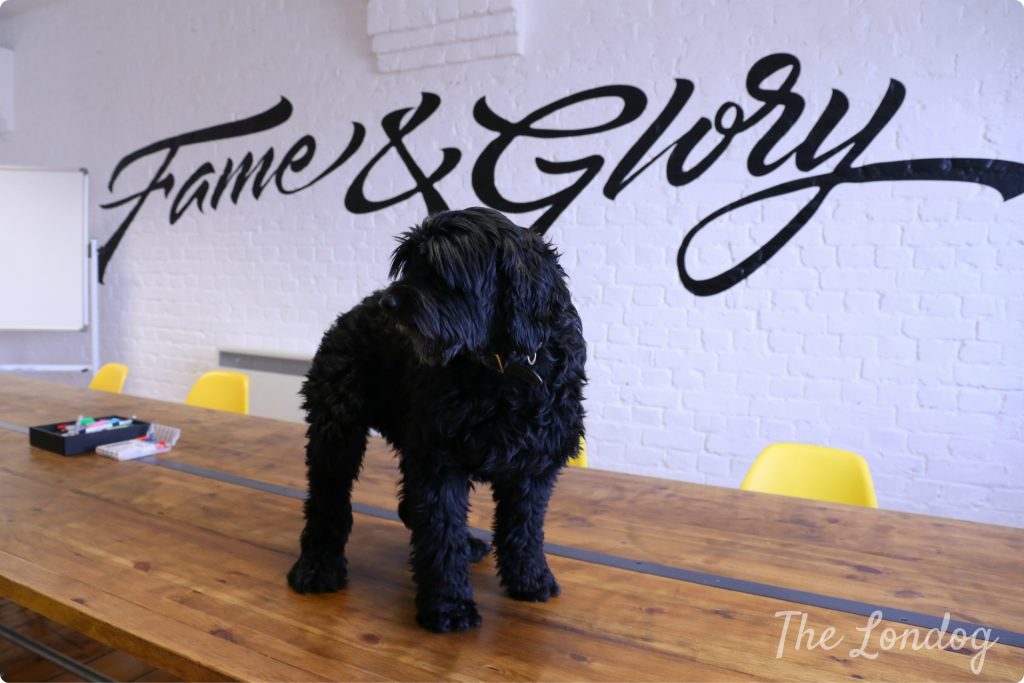 In a pack, hierarchies count, and Bert sits at the top of the food chain. Under him, the ranks are filled by Peanut the Jack Russel, Kaiser the White Wolf, Coco the Puggle and Norman the Bulldog.

“Bert is the leader, of course. Peanut comes a close second – she’s feisty and ensures a high level of productivity for the agency. Then we got two newbie pups. Kaiser – he was hired for his beautiful good looks, but in all honesty, not the sharpest tool in the shed – probably won’t pass probation (between you and I). And then there is Coco – not much of a looker, but she’s got the right attitude and with a bit of training will someday make upper management” commented Michael.

Asked to recount any funny situations that involved Bert at the office, Michael said “Not at Impero. We banned laughing some time ago. It’s raised productivity by over half a percent. Pretty good management technique I reckon.” 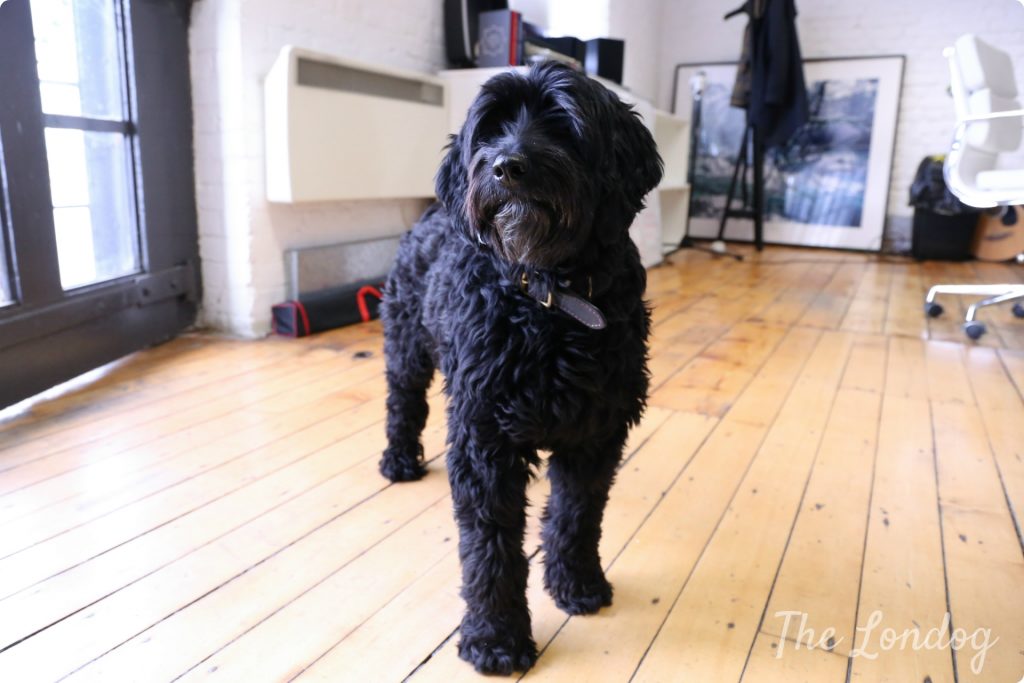 Dog culture permeates Impero. Even their website – check it out in case you haven’t yet: it’s one of the most stunning you’ll have ever seen! – has a lovely animated barking dog in their ‘talk to us’ section. “It’s fun to have the dogs around and my team really likes them – sometimes they’re totally annoying and yappy but so are most employees and that’s not really the dogs’ fault” noted Michael.

To conclude our interview I asked Michael if he wished to add anything, to which he replied “Bert is awesome. I may have mentioned that – but it’s worth mentioning again in case anybody skim read the start of the article.”

Bert and the rest of Impero’s dogs crew ROCK! I see why they have so many guitars in the office… 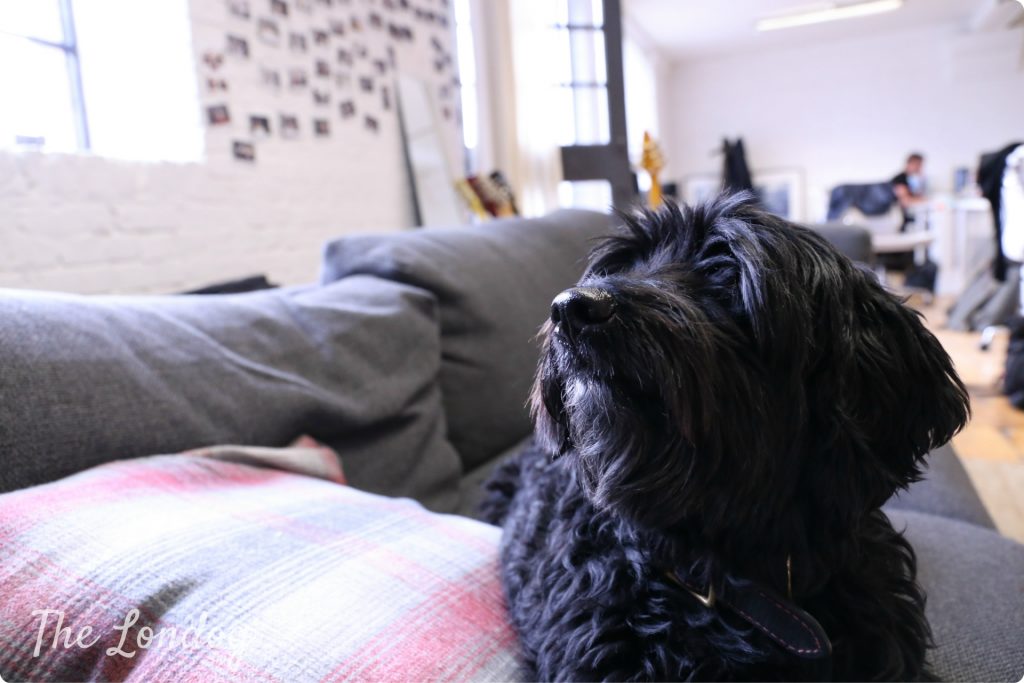