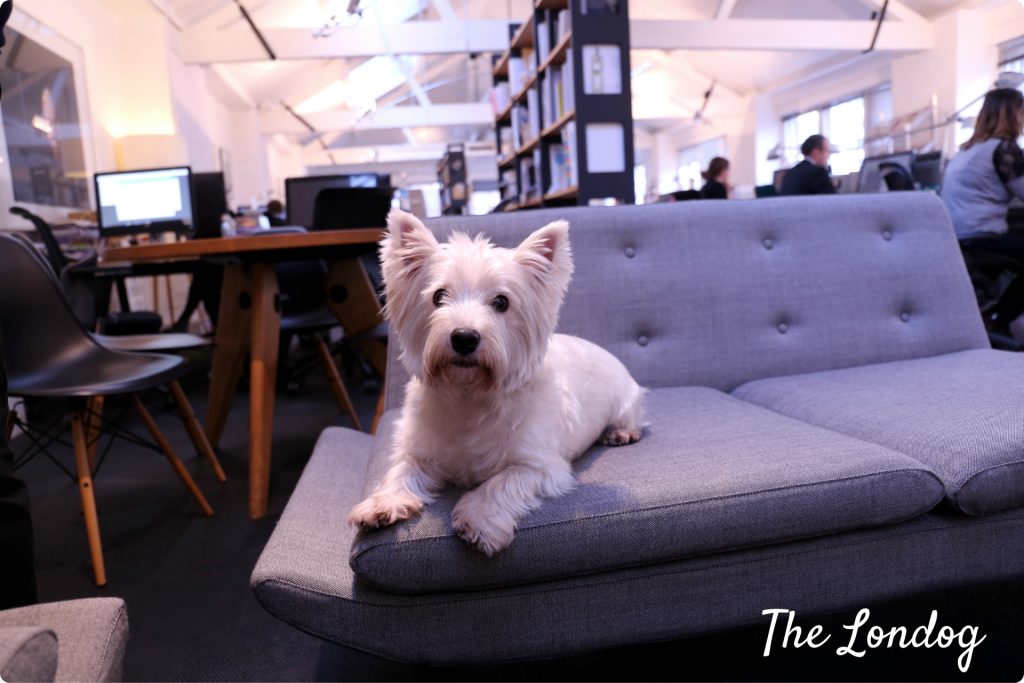 If you visit ING, a PR agency specialised in built environment, you will likely encounter Iggy, their two-year old white West Highland terrier office dog. She likes wondering around in the office and playing hide and seek!

When I visited ING, it was hilarious to see how Iggy would run back and forth in the office and contrive new hiding strategies. After getting a treat or a toy, she would immediately dash off again and find another hiding spot, under a sofa or between the legs of a collegue under his or her desk. 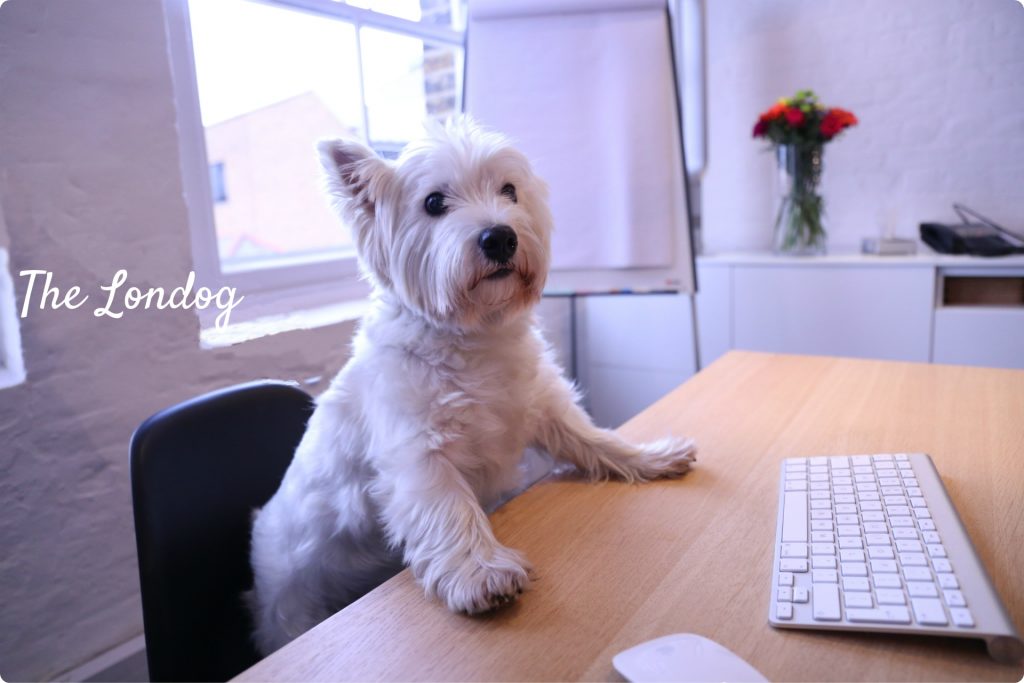 Iggy has been going to the office since 2015, when she was a little and fluffy puppy. Leanne, her owner, recalls that, at first, the challenges were finalising her toilet training and coping with the Shoreditch not-so-green landscape.

Leanne explained “Shoreditch in the winter is not awash with green spaces to walk a dog. Any grass areas turn to mud and so it was a real challenge to look after a little white puppy in the grimy Shoreditch area”. However, they were able to sort this out and soon develop a routine that avoided getting filthy. 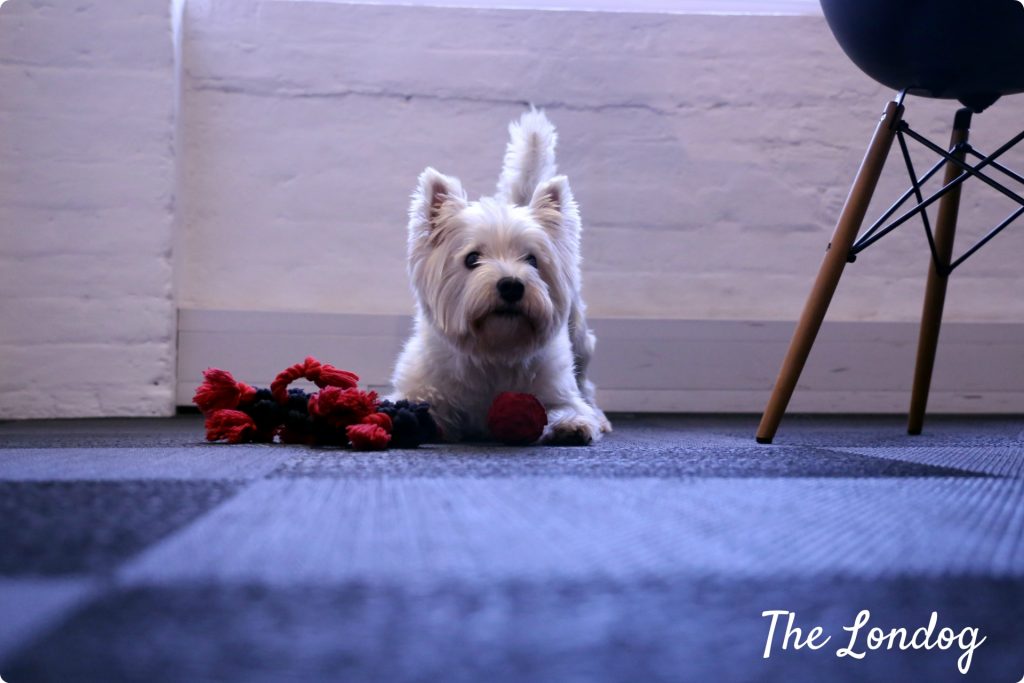 The decision of welcoming a dog and bringing it to work came after a period of reflection. Leanne recounted “I always had dogs when I was growing up in Australia but our lifestyle didn’t suit having one in London. However, as my son was getting older he was putting more pressure on my husband and I to get a dog and I was also very keen.” 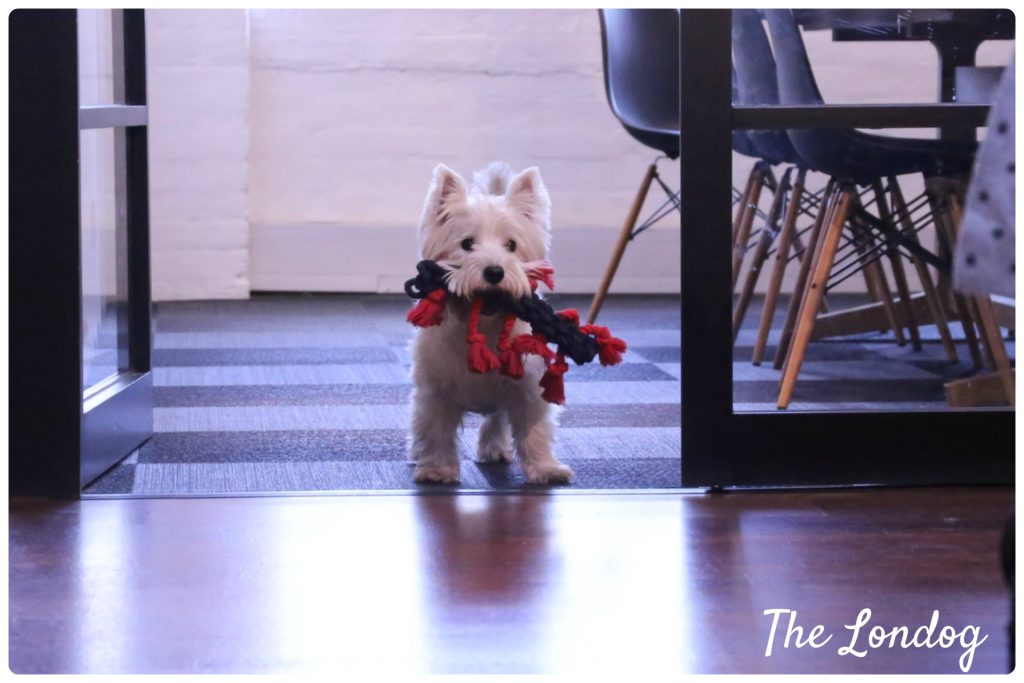 The coming of a puppy was warmly welcomed by the rest of ING team. “The team have been very helpful and supportive and it has helped that Iggy has such a lovely temperament. She is very people friendly and I think that comes from being in the office and around so many people”, noted Leanne.

How was introducing a puppy in the work environment? Leanne said “In terms of disruption, surprisingly little. She is a very sweet and calm dog so she rarely barks or jumps up on people. I think she has mainly been very positive as she is such a lovely presence.” 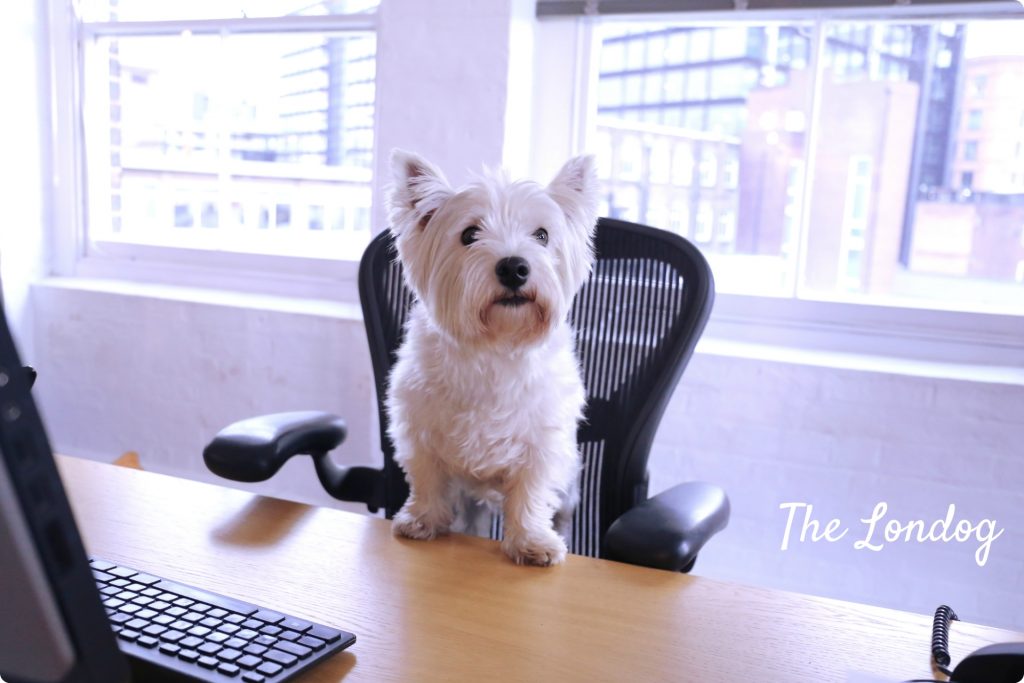 In the morning, as a proper and polite dog, Iggy wanders around the office saying hello to the team, before playing with a toy and settling down to relax or sleep. According to Leanne, Iggy fell in love with office manager Joanna, so during the day she generally like to sleep under her desk at her feet.

Iggy is also very keen to participate in meetings. Leanne said “She often pushes the door of the meeting room open and wandering in. If it’s a new client there is a short intake of breath while we contemplate how the client will react. However, they always are happy to see her, she is a real icebreaker!” 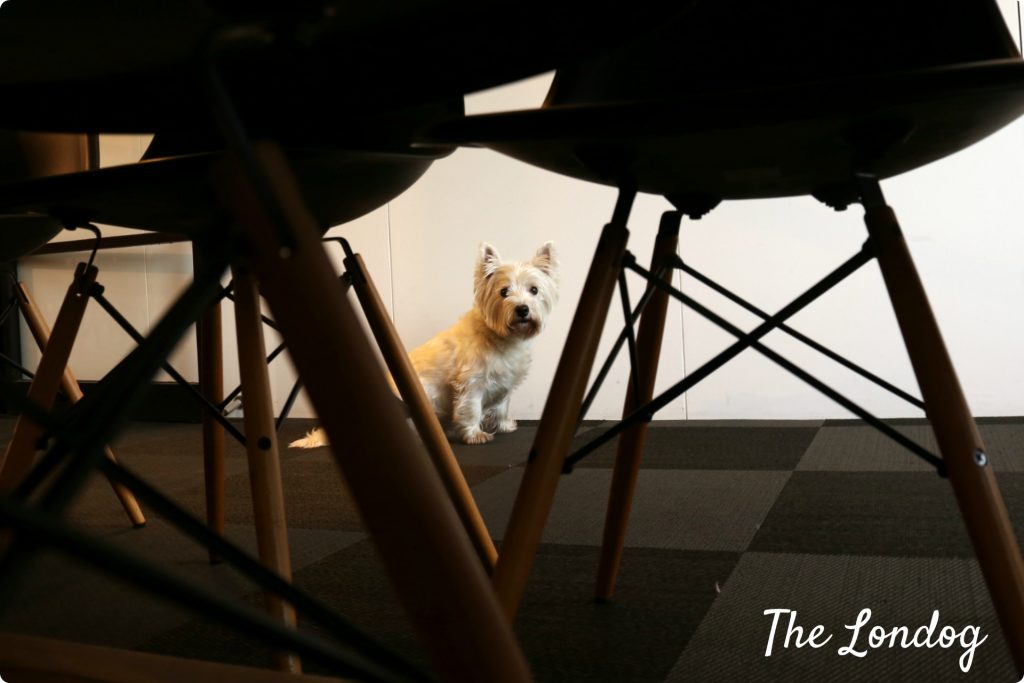 Iggy is Also Known For

Loving:
Joanna the office manager, compliments, cuddles
Hating:
Motorbikes and rollerskaters
Funniest habit:
Joanna arrives in the office at 10am each day. At 9.55am Iggy can be found waiting near the door for her to arrive
Most annoying one:
Begs for food when everyone is having lunch

Apparently, Iggy is very flirtatious and “she can immediately spot someone who will pay her a compliment – her ears go back and she wags her tail until they say the magic words – ‘aren’t you beautiful’” explained Leanne. 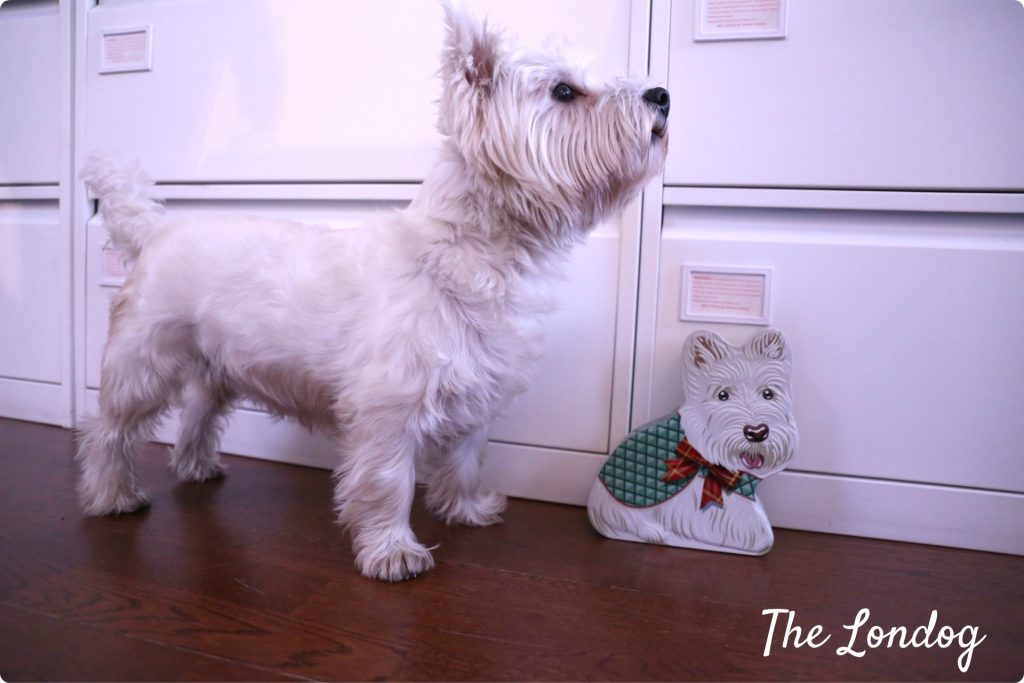 One noteworthy embarassing incident happened. “A client of ours, some renowned architects, were hosting a conference in Whitechapel on the future of offices. It seemed very appropriate to take Iggy along as office dogs are no longer unusual and it was a breakfast event. She was perfectly behaved until the keynote speaker started – for some unknown reason she started to growl and wouldn’t stop. We had to make a hasty retreat but at least the audience were laughing.”