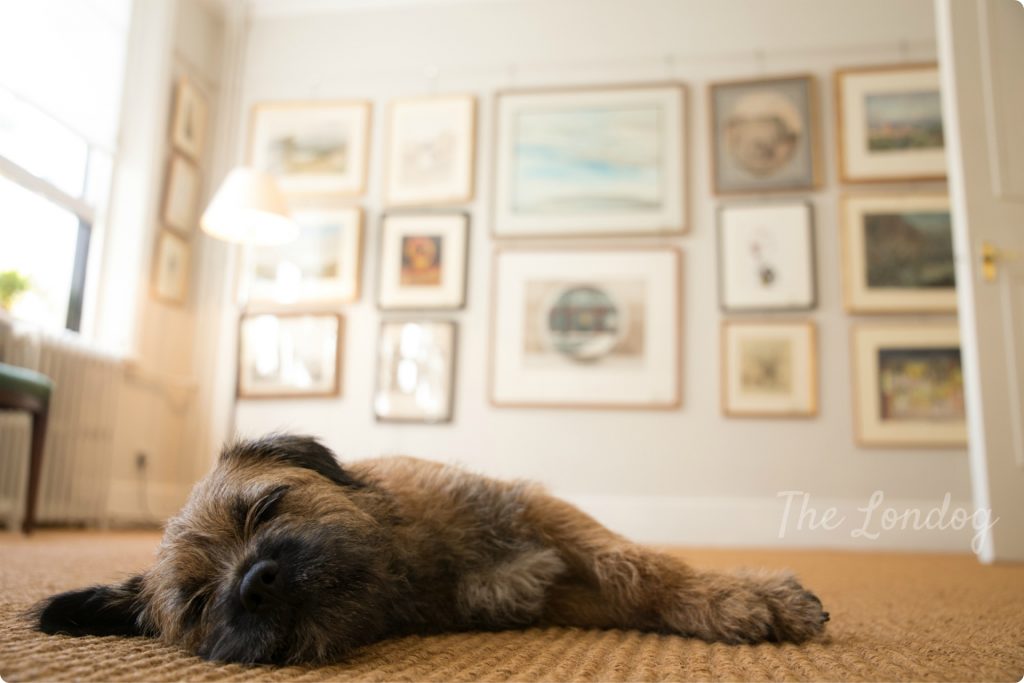 T here is an art gallery, at No. 30 Museum Street – just a few paces from the British Museum (and opposite my favourite curry place in town), called Abbott & Holder. It is certainly an interesting destination if you are a watercolour, painting, drawing or print connoisseur. What brought me there this time, though, was another attraction: its little host, Fraser, the one year-old gallery Border Terrier. 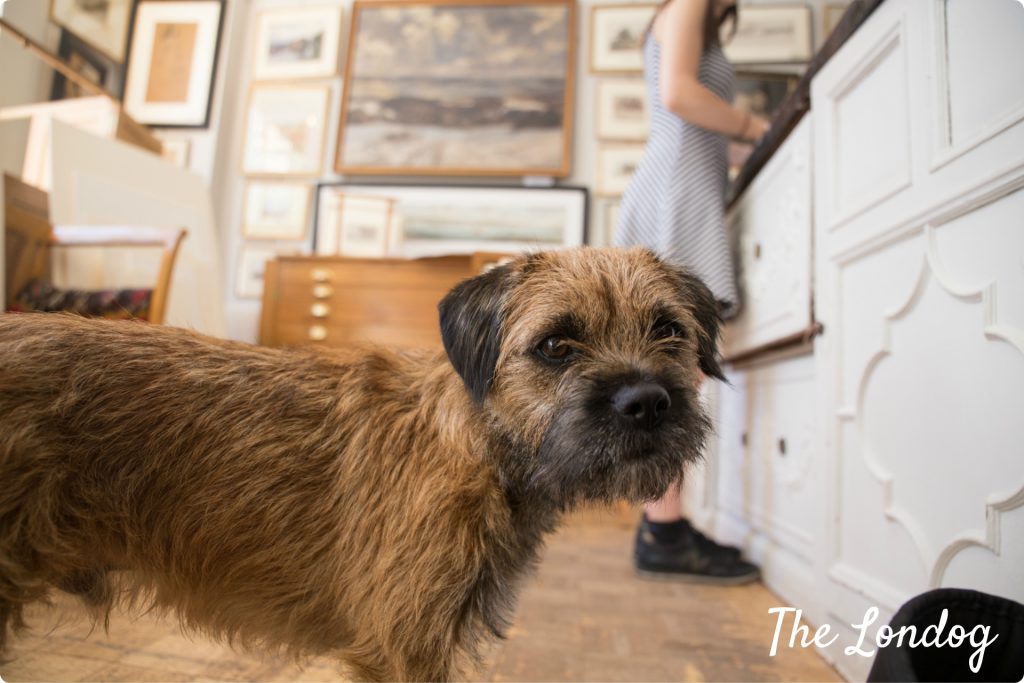 Fraser has been the gallery dog of Abbott & Holder since he was just eight weeks, when he started joining his owner Tom to work. He has all the qualities you would expect in a dog with such a role: quiet, well-mannered, gracious and elegant. In fact, he blended in perfectly with the environment and, being by chance the same colour of the floors, you have to be careful not to step on him when you visit the gallery.

Behind Fraser’s placid and relaxed state, there is a great dog owner. Speaking with Tom you can grasp that he embodies the role model dog handler, who understands his dog’s breed traits and, accordingly, gives him plenty of exercise and involves him in games to channel his energy and inclinations. “Fraser gets a few good walks a day, so much of the time he sleeps under my desk. When not there he will bask somewhere in the sun, or treasure hunt for small morsels of food I hide over the four floors of the building…” recounted Tom.

But something Fraser remains partial to is wicker waste paper bins. “Every day, the first thing he does when he gets in is head straight for one of our wicker waste paper bins and starts to crunch away at it. He is not usually a chewer at all – I can’t think of one item he has chewed, let alone destroyed at home. But those bins… He loves ‘em. Hence all gallery bins living out of reach, on desks…” 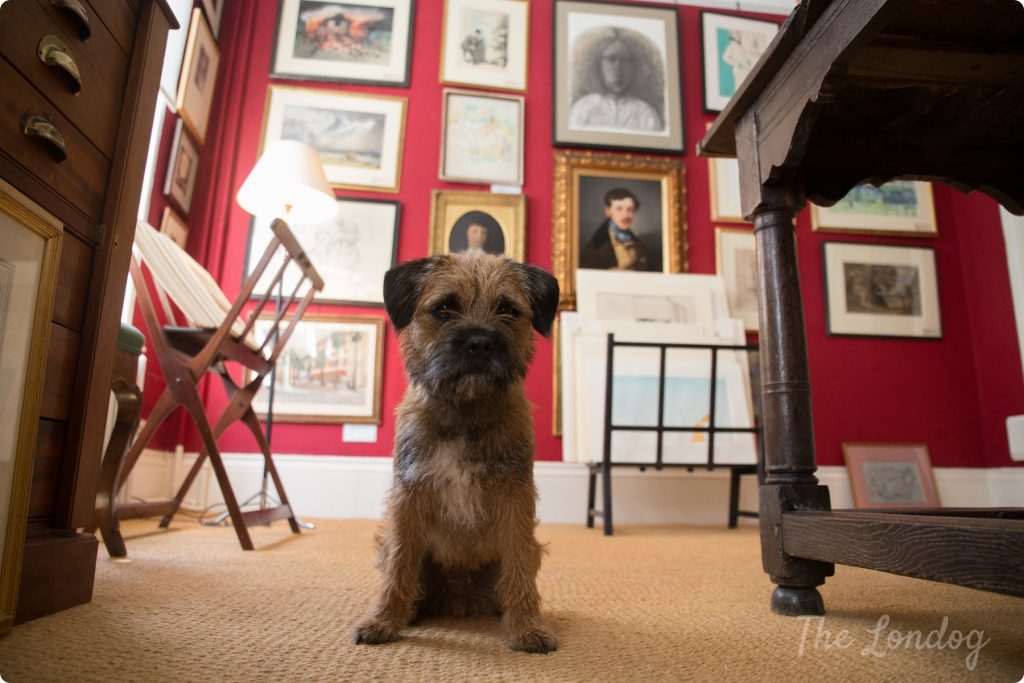 Fraser is also known for… 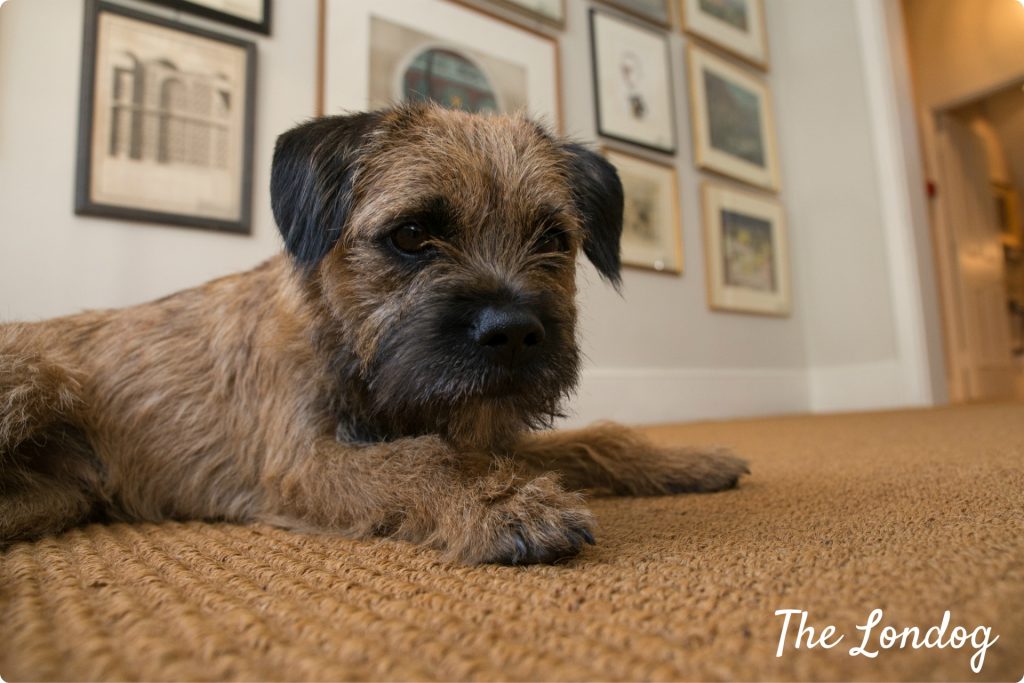 What Tom loves most of Fraser is his friendliness. “He just wants to be friends and play with every dog he meets and manages to diffuse almost all friction that, naturally, crops up when packs of dogs are playing in the park…” said Tom. With that in mind, I asked what painting Fraser would be and Tom replied he would have to be something like Harry Morley’s ‘Lighting the Lamp of Peace’. 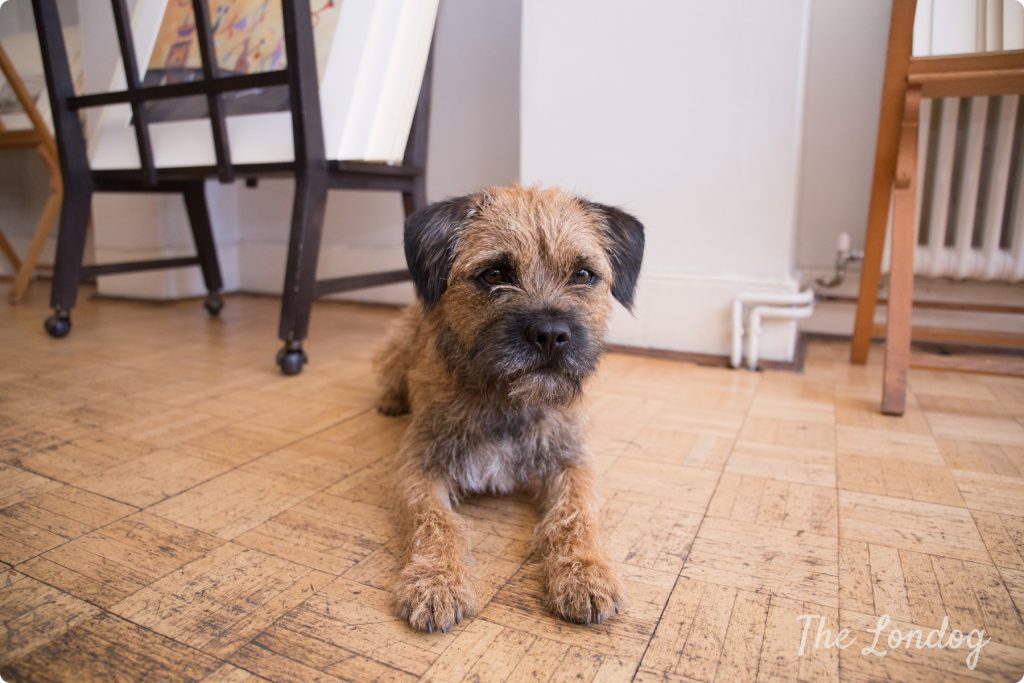 Among the perks of having Fraser at the gallery, Tom appreciates the long walks before and after work, along with a proper hour lunch break to walk in the middle of the day. “No more lunch at the desk!”

Occasionally Tom’s colleague, Philip, brings in his puppy too, Snowy, the Miniature Schnauzer. “Which turns the gallery into a wrestling arena from 9am-6pm. No coming up for air…” laughed Tom.

According to Tom, Fraser’s impact on the gallery environment has been very positive. “We have always been a relaxed sort of place, but he seems to have softened the atmosphere even more and he is a great attraction with customers” concluded Tom.