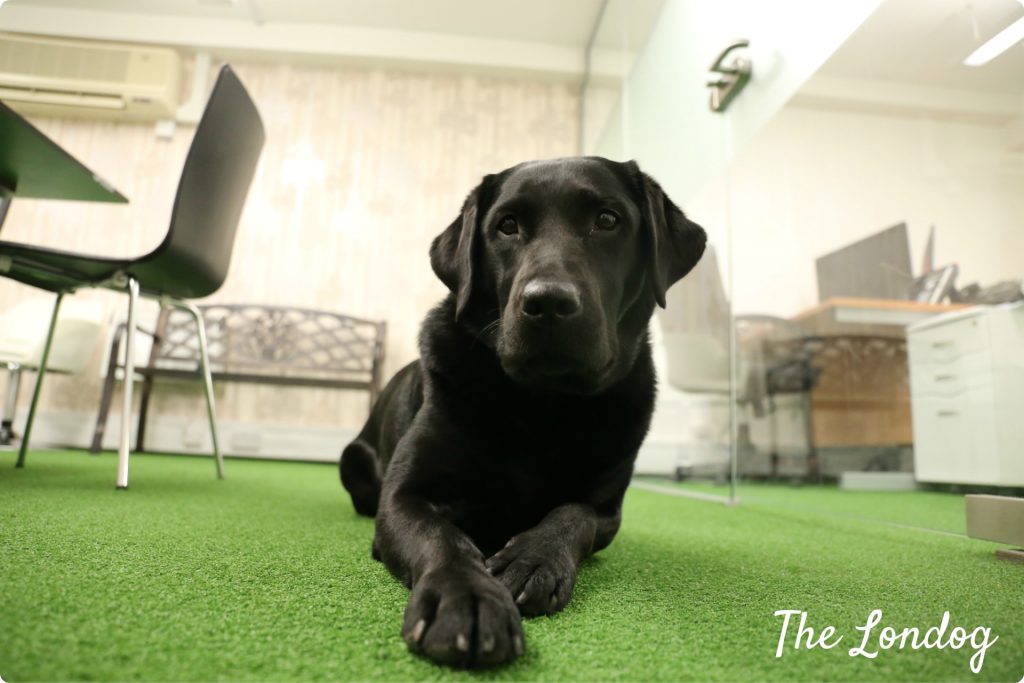 Devon is the black Labrador in charge as Chief Canine Officer at TopLine Comms, an integrated marketing agency, in Soho. She has been a part of TopLine for almost five years, going to work with her humans Heather and Jamie since she was just 12 weeks old. If you pop by their offices, you will find her to greet you by the door.

Heather and Jamie describe Devon as a soppy, bighearted Labrador with an unparalleled zest for life. “She’s enthusiastic, game for anything and loves new situations and people. Devon is equally gung-ho about anything muddy and stinky and will eat anything she can get her face into” they said.

In fact, when I visited their offices she immediately ran to greet me and make best friends. Let alone when she discovered I had brought treats! 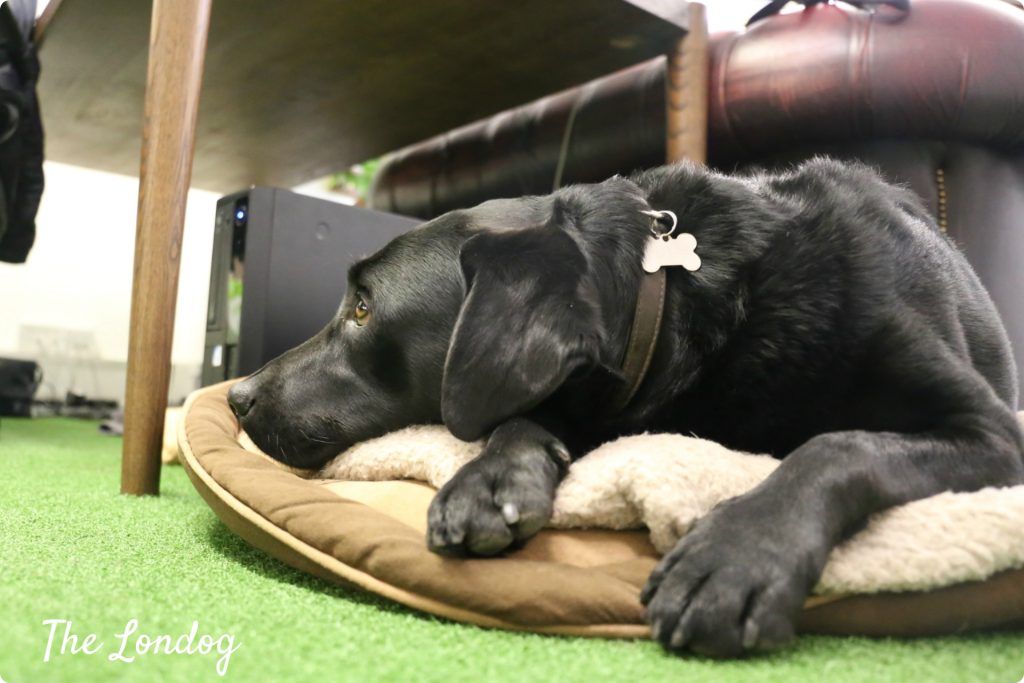 Devon is also known for…

Hating: “Hate is a strong word, so let’s just say that Devon really doesn’t like Harry Styles. We used to have a large cardboard cut-out of him in the office and she really hated it. She took to barking at it whenever it caught her eye, so in the end we hid it in the cupboard. Poor Harry.”

Funniest Habit: “Farting loudly and then looking behind her to see where the noise came from. The resulting smell isn’t amusing, but the look on her face is priceless.”

Most Annoying Habit: “Her penchant for sticking her snout up women’s skirts. This is particularly embarrassing when the woman in question is a prospective client we’re trying to impress.” 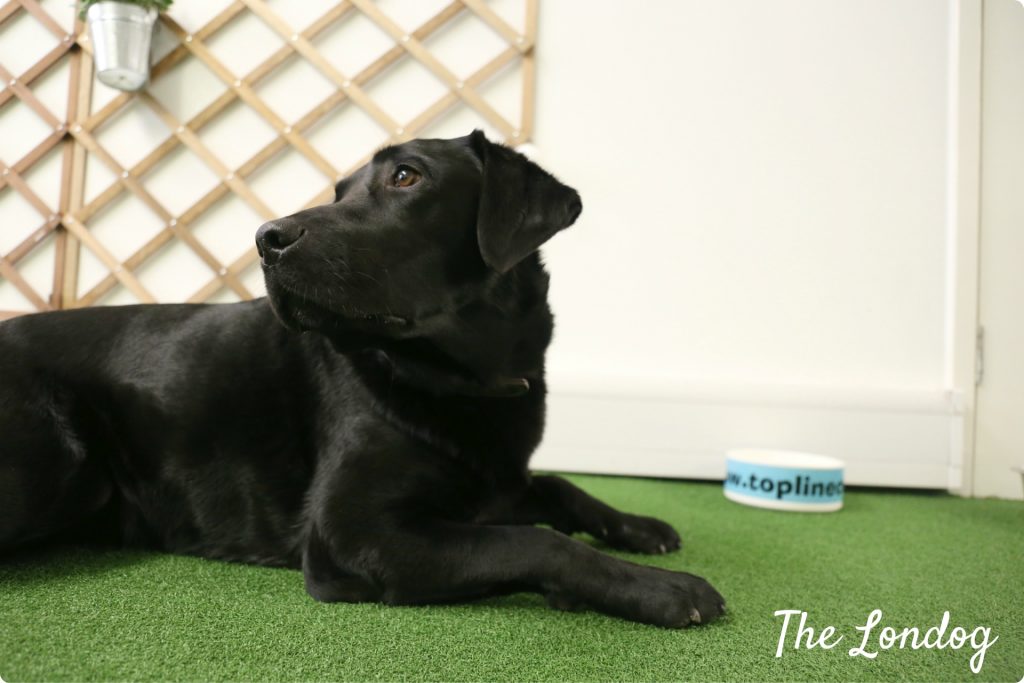 Devon is referred to as TopLine’s Chief Canine Officer when she’s at the office and Munchkin when she is at home,  as “she prefers to keep things professional at work” explained Heather and Jamie.

As a fundamental member of the team, Devon’s profile is included among the team’s profiles on Topline Comms’ website. Her KPIs include Napping (91), Fetching (96), Postal worker relations (28) and Posing for the camera (93).

“Devon likes to do a lot of overseeing at the office. This mainly involves wandering from desk to desk and making eyes at empty porridge or yoghurt pots in the morning and soup pots at lunchtime” said Heahter and Jamie. “When she’s finished doing that she’ll lie on her back with her paws in the air just in case there’s an opportunity for a tummy rub. You never know, right?” 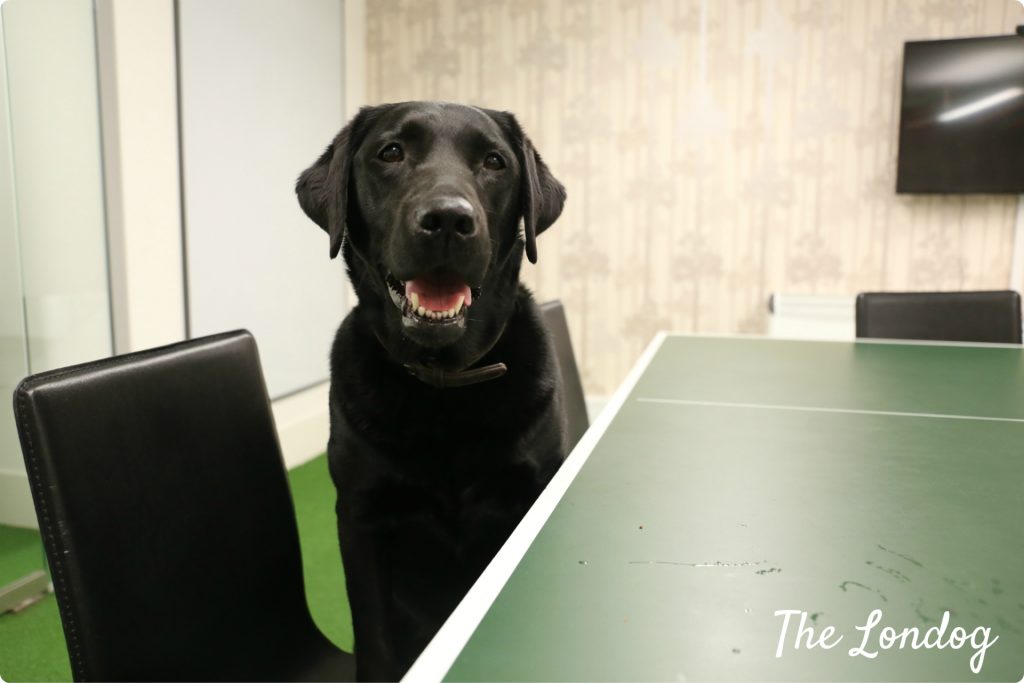 Incidents from Devon’s puppyhood include chewing through the telephone cord while Heather was on a client call. “You can imagine how that story went down when Heather called back to explain why the line suddenly went dead” said Jamie. “Probably her least popular moment was the time she licked all the icing off a birthday cake. That did not go down well (although she’d probably disagree).” 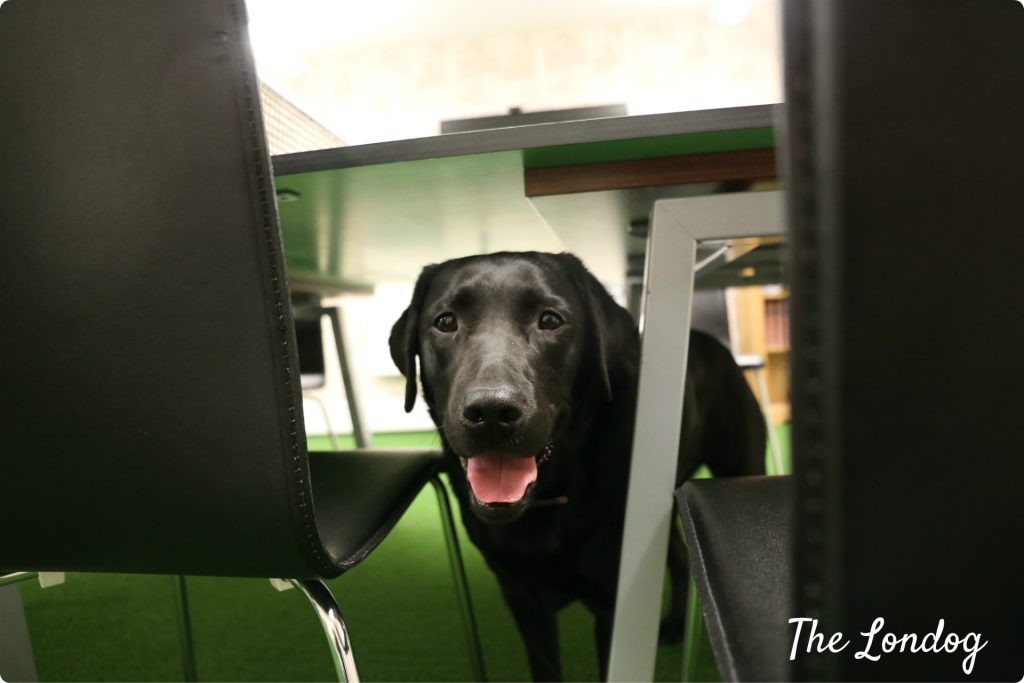 At TopLine you’re welcome to bring your dog with you to work, “However, if it becomes a nuisance it has to go home. We have the same policy for the humans in our office” said Heather and Jamie.

Devon’s profile on TopLine Comms describes her as critical to the wellbeing of everyone in the office. Heather and Jamie added “Everyone at TopLine loves Devon and loves having her around. She’s a real morale booster at the office. We even asked the team for feedback in an anonymous survey and the positive response was unanimous (their only complaint was that she sometimes lets off stinky farts)”.

According to Heather, perks of having her around include the never-ending supply of free cuddles and the fact that spilling your food on the floor isn’t a big deal because the clean-up is taken care of almost immediately.

“Interestingly, having her around has also resulted in us employing a team of dog lovers, which we think is great. Lots of people take her for walks during their lunch breaks or just give her cuddles when she passes by their desks” concluded Heather and Jamie. 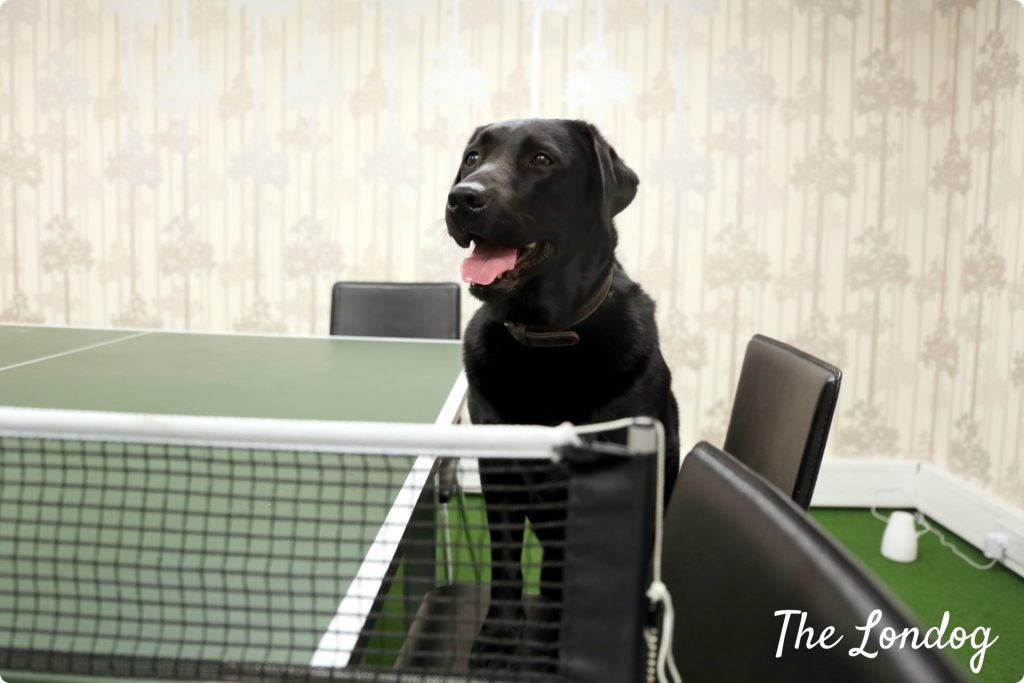