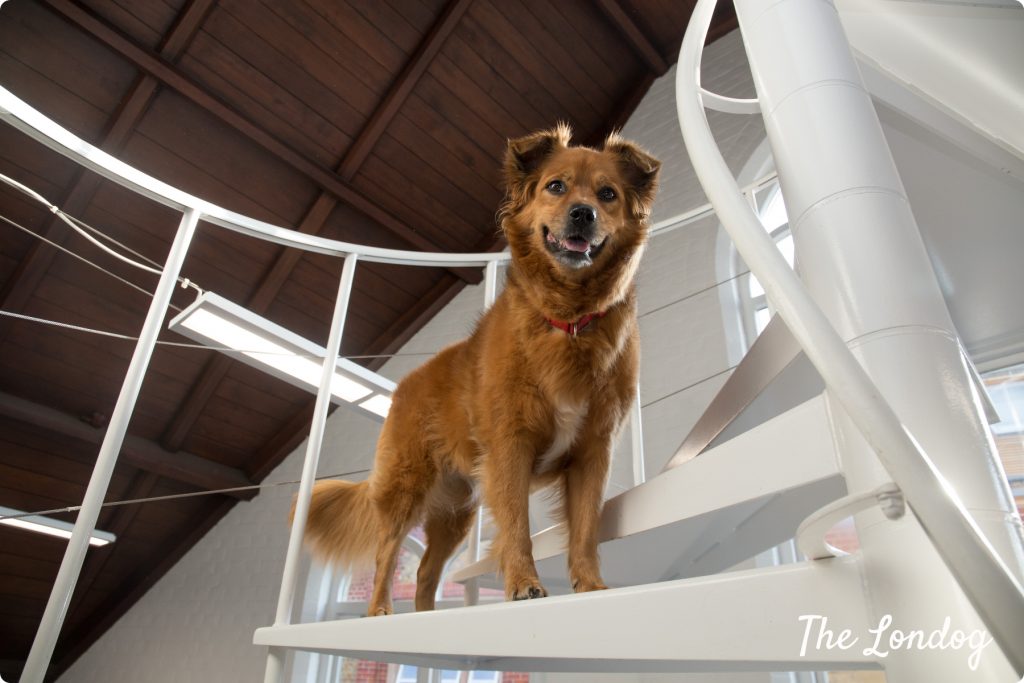 Cujo was adopted by her mum Stephanie from Battersea’s Dogs & Cats Home when she was just a puppy. According to her DNA testing, she is a mix of collie, malamute and spitz. She is in love with Stephanie, who calls her CJ. “CJ has come to the office since she was very small and had no bladder control. Everyone likes her a lot more now…” commented Stephanie.

Apparently Cujo finds no pleasure in learning dog tricks. “There is an ongoing mission to teach her to roll over; the ‘old dog, new tricks’ saying has been continuously ignored” said Stephanie. She is generally uninterested in dog treats either, although she keenly fulfils her responsibilities as Environmental Officer; “She feels particularly strongly about food waste, and will check all bins at least once a day to make sure no food is being thrown away unnecessarily”, Stephanie explained. 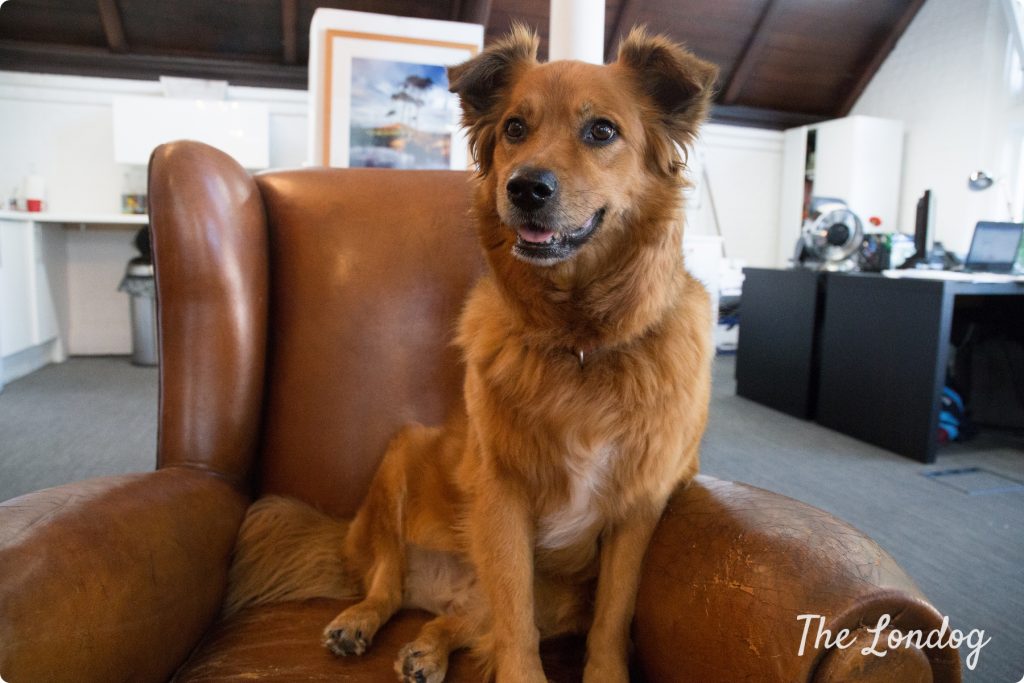 Cujo is also known for…

Loving: Sitting directly under your feet (which can prove problematic at times of urgency), any member of the McGee contingent, The Malthouse pub, cat food.
Hating: People trying to steal her tennis ball, when she’s unable to find Steph, the vets
Funniest habit: Knee licking (surprising especially to those during important boardroom meetings) and transferring the dry food from her bowl to another part of the kitchen, before eating it.
Most annoying habit: Going through office bins and bags on ‘Cujo level’ to take out anything of interest.

Famous/infamous moments: “During an impromptu charity Zumba session in the office, Cujo decided it was her duty to join in and show us all how it’s really done. Running in and out of the dance routine, barking her appreciation, she certainly motivated us to keep going and raise even more for our agency charity.” 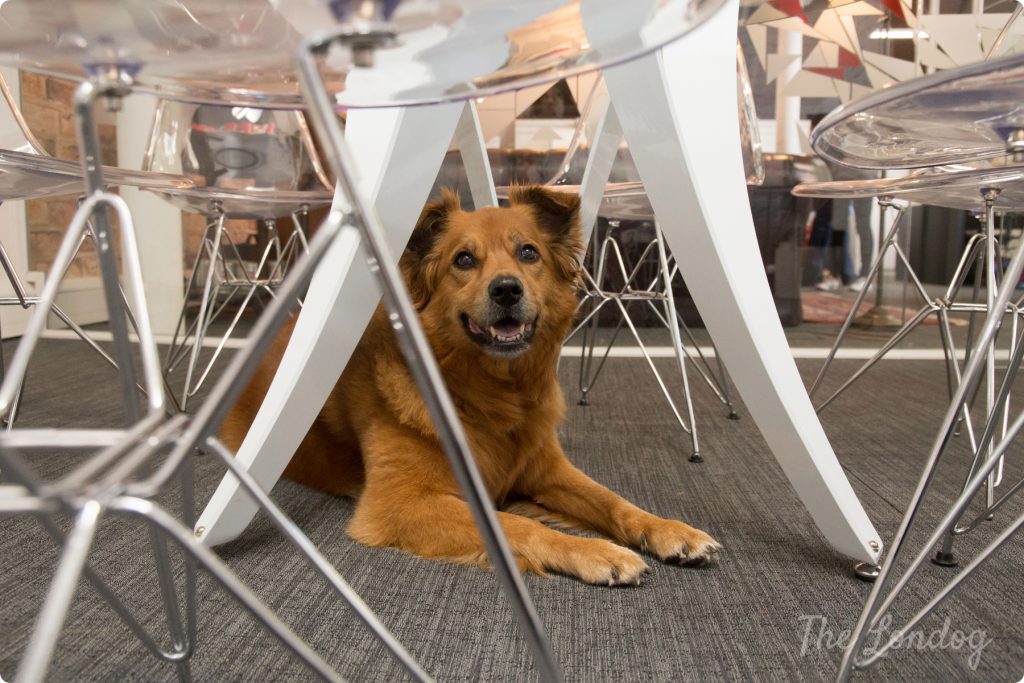 As of her office routine, “Cujo is often found snoozing at the top of our spiral staircase or lounging on our leather chesterfield sofas (who can blame her!). She enjoys the company of our ignites and will actively seek out a stroke or someone to play with”, Stephanie recounted.

But what she loves most is overlooking the office’s business from the top of the stairs and she doesn’t miss a meeting. “She likes to check in on every meeting, to make sure she is up to date with the company happenings” noted Stephanie. “This unfortunately involves her scratching at the door half way through a (usually important) session, and leaving early when she feels sufficiently caught up. When in meetings she also takes the very important role of making sure no one dozes off- an unexpected lick of the leg can come at any time, so you must remain alert.” 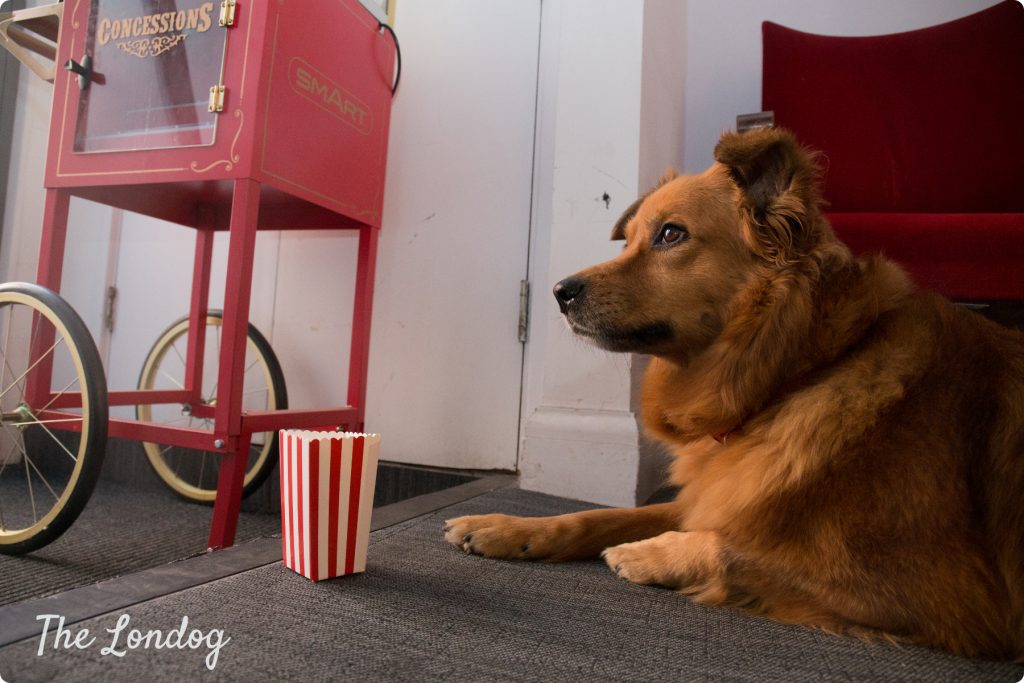 To add to her social repertoire, Cujo leads the ignites in a pack run each Tuesday, following which she guides the group to a resident pub for a much deserved refreshment. “As a company we recently took part in a 10km run to raise money for our charity partner. This involved twice weekly pack runs in the office to prepare, where Cujo unsurprisingly took the lead. Unfortunately her collie heritage came out as she insisted in rounding everyone up going back and forth to make sure we all stuck together”, said Stephanie.

Cujo’s contribution at Ignis in a nutshell? In sum, “Cujo provides entertainment, moments of relaxation and constant joy to our ignites, as she participates in creative brainstorms, strategy sessions and social activities”, noted Stephanie. 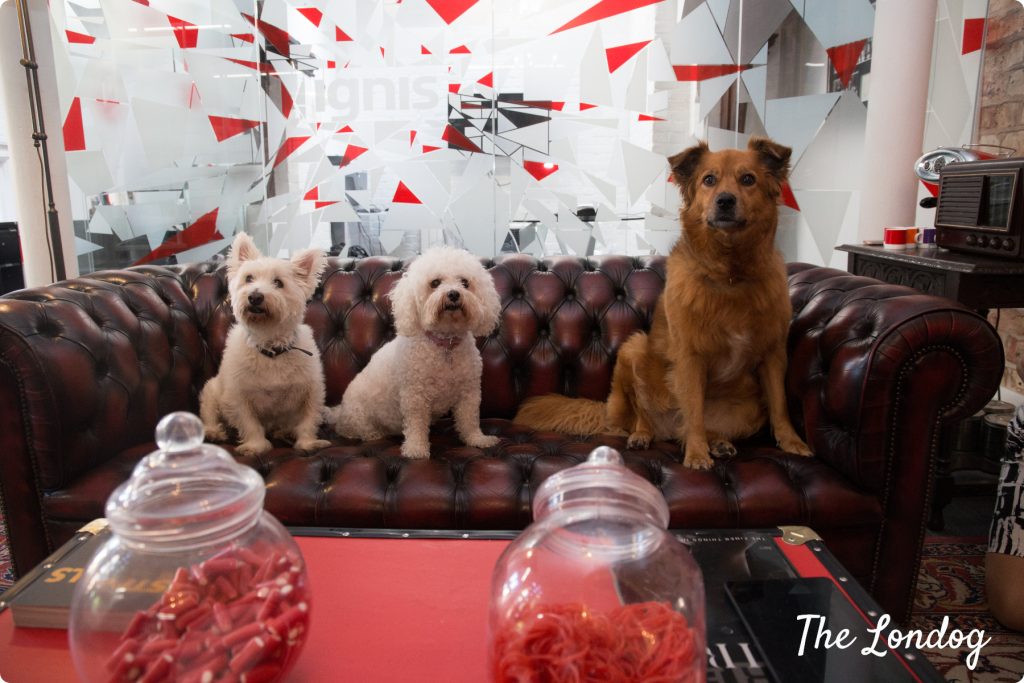 Visiting Ignis was a remarkable experience. When I arrived at their beautiful offices in Fulham, I received the best welcome, starting from the reception where the cinema message board was displaying a message reading “Ignis dogs are looking fetching for The Londog puparazzi!”

For the occasion, other two office dogs of theirs (there are five overall) joined the photo shoot: Mr Darcy, the Westie, and Coco, the Bichon Frisee. Cheeky Mr Darcy decided that it would have been polite to come and lick my face any time I sat/bended down to take a photograph, and then to sit right in the middle of the shot to make sure to be noted. He probably didn’t make it one of the easiest photo shoots, but definitely the sweetest ever! He was such a keen poser and persisted in trying to steal the floor to Cujo who, on the contrary, was a bit shy. 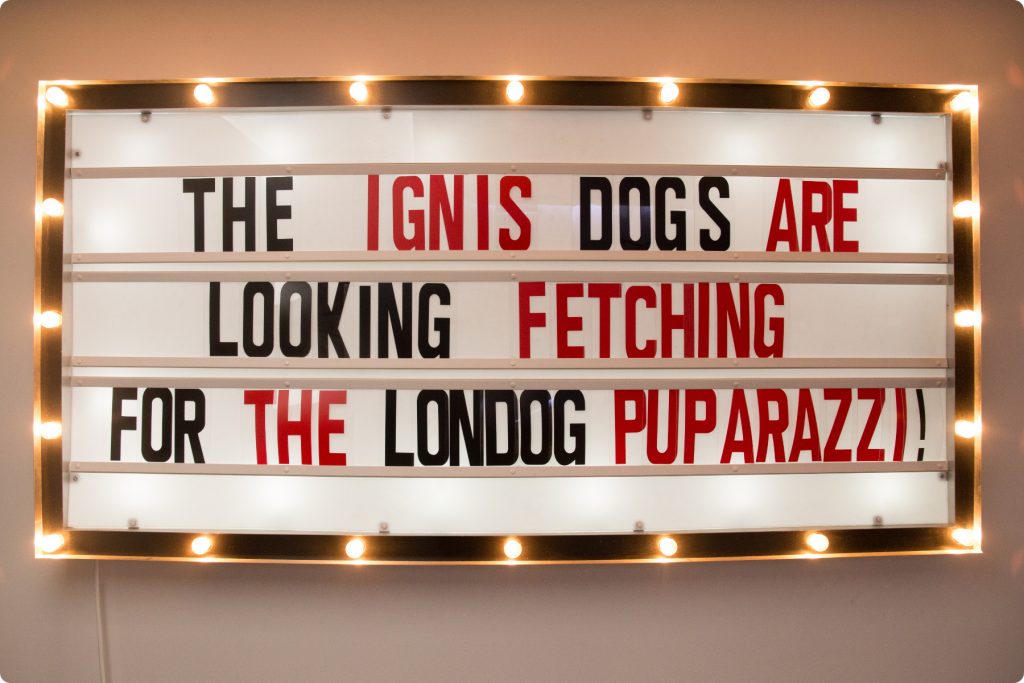 Stephanie explained the dog’s roles in Ignis’ pack. “Ignis have been fortunate to welcome a number of dogs to the office, all of whom enhance our work environment. Whether that is a surprise appearance in account management from Coco the Bichon Frise, a belly rub in the creative director’s office with Mr Darcy the West Highland Terrier, a playful welcome from Ollie the three-legged Whippet, or even Jackson Brown the German Pointer attempting to sit on your knee despite being slightly too large to achieve such a thing. Dogs rule the roost at Ignis – but Cujo remains the head honcho stopping by at least twice a week (when not working from home)”.

Cujo and the other dogs are effectively additional members of the team and it seems that Ignis’ gang wouldn’t be the same without them. 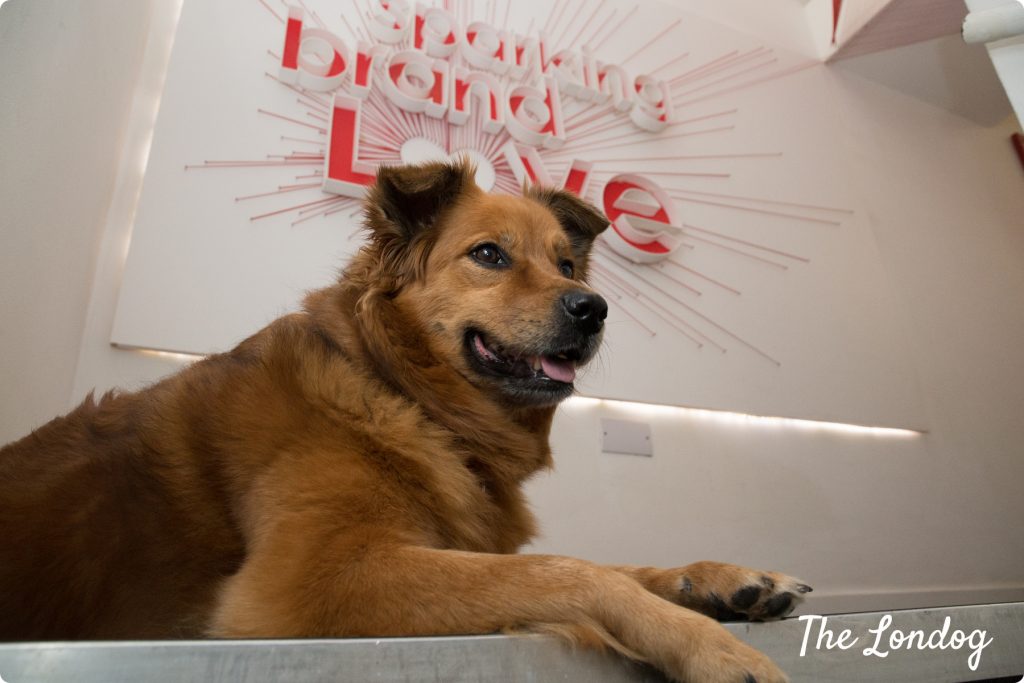