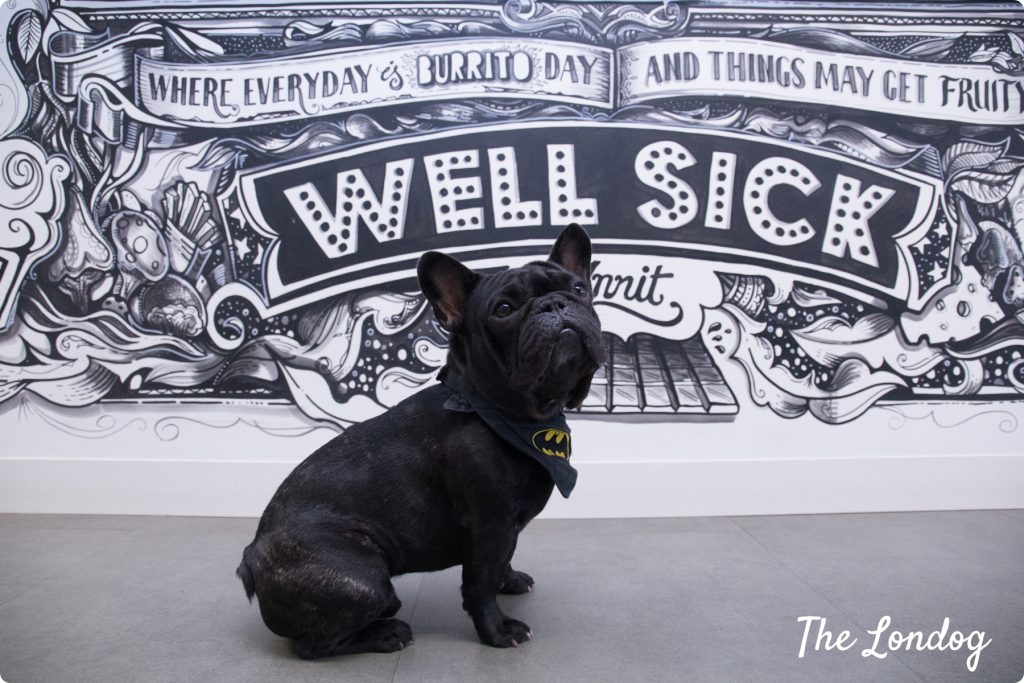 When you enter Kindred Agency‘s – an independent advertisement agency – offices, a little black Frenchie, proudly wearing a Batman bandana, is probably snoozing somewhere around at the office. His name is, guess what? Batman! 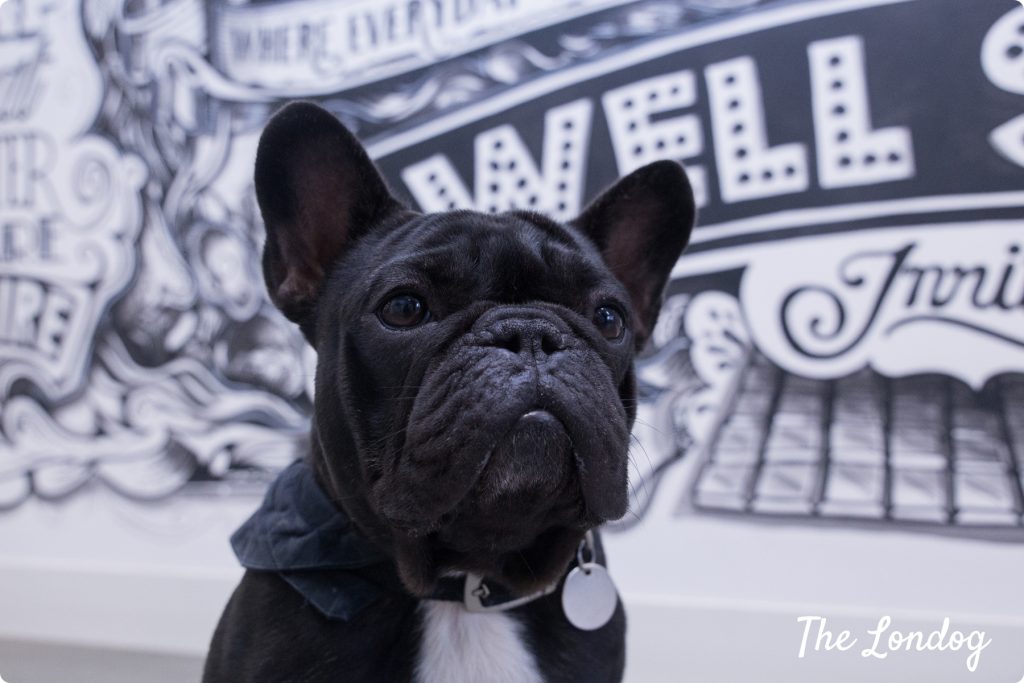 Batman just celebrated his one year Kindred anniversary. He is a happy chap who enjoys being around the desks and, apparently, Batman’s luminescent signs are not necessary to call him to the kitchen.

“I adopted Batman when he was 8 months old”, said Sinéad, his owner. “Before he was Batman, he was a failed show dog. After a few outings at dog shows, it become clear that his ‘strong willed nature’ meant he wasn’t cut out for a life at Crufts and would be much happier  as a ‘pet dog’. Instead he’s settled for Instagram stardom and can be found showing off his best poses at @BatmanBatdog.”

Batman is also known for…

Batman’s official job title is Director of Cuddles, but Sinéad revealed that he would also turn when called Little man, sausage, squirt, hufflepuff, sprout, bubs. Well, at least if you present him with something of interest.

At Kindred’s office there is a “playroom” with a fake grass flooring, a giant pink piggy, hula hoops, a pirates’ treasure box and all: no doubt that Batman must have a good fun there, with the occasional partner in crime! 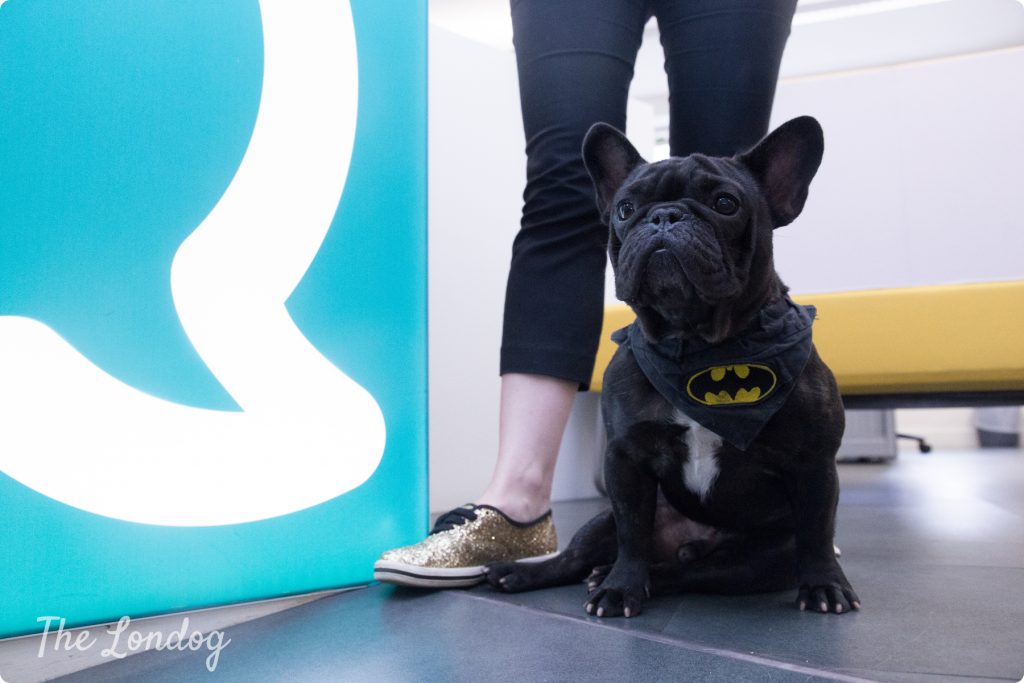 A typical 9-5 day at the office for Batman? According to Sinéad it look like this:


He is quite pampered by the team and Sinéad confessed that they even hosted a first birthday party for him, complete with themed cakes, presents and a sing-along; “It got a little bit insane…”, she conceded. 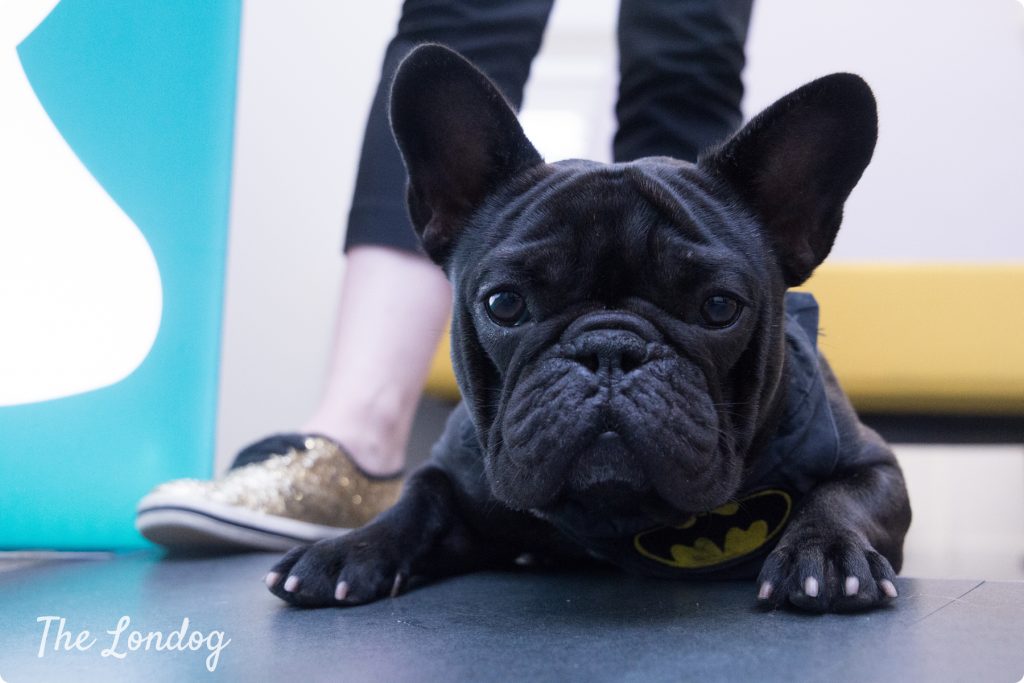 At Kindred, Batman is most appreciated for providing “access to unlimited cuddles; having taught the team the word ‘splooting’; and always being a willing participant on that day’s Instagram Story”. At the minute there is no Robin in the office (I guess it would be a bonus point for a job application).

Next to the entrance there are two little shelves displaying a host of all sorts of Lego characters, but no sign of Batman there. No need for it, since they already have the best flesh and bones version!

Stay tuned to find out about the last dog up in this edition of the Series tomorrow!