By The LondogNovember 14, 2018No Comments 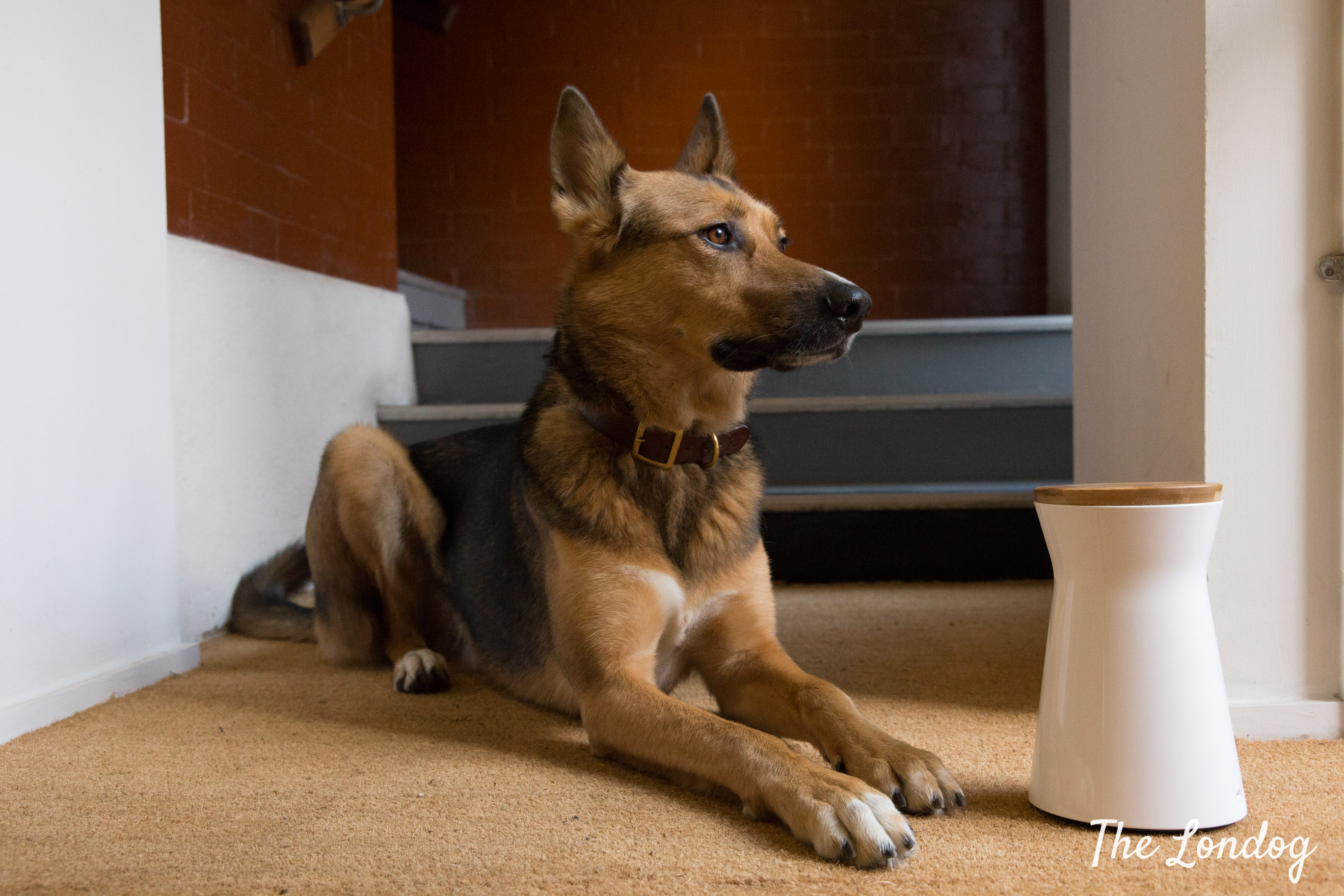 Back in September we told you about our first impressions of Furbo Dog Camera, after we were given one to try. Two months in using it, time has come to draw our conclusions about Furbo. We will also share an exclusive discount code in case you are looking to purchase one for yourself or as a Christmas gift. This blog post is sponsored by Furbo, however it contains an honest and independent review of the product and all views are our own. 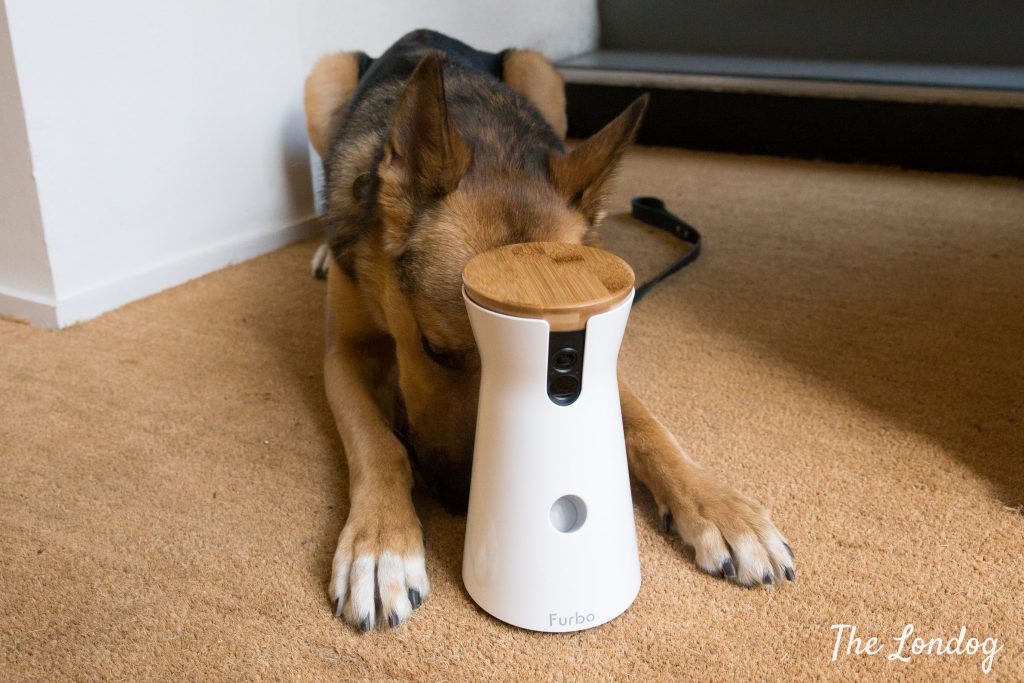 The founders of Furbo were professionals working all day and feeling sorry about having to leave their dog at home, so they came up with a smart solution (in all senses): a dog camera with  HD video (with infrared night vision too), microphone and speaker, and the ability to toss treats too. In case you missed our previous review, where we explained all features and our first impression about it as soon as we received it, you can find specifics and links included at the bottom of this post. 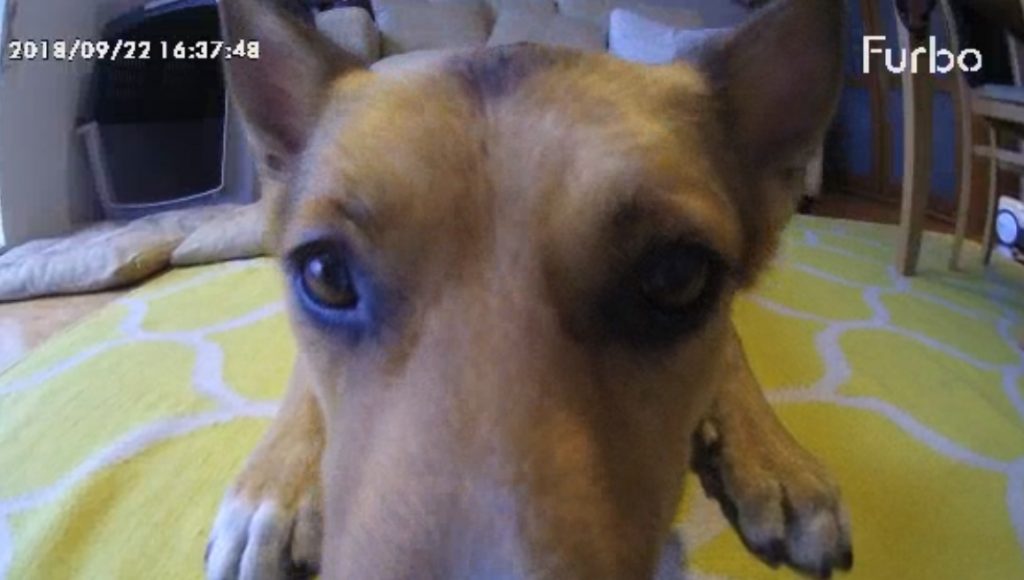 We started using our Furbo dog camera in the second half of September, almost two months ago.

Since then, we have been using it any time we have gone out without Argo. This doesn’t happen daily, as he isn’t left alone that often on a normal week – and Furbo has in fact made us realise and appreciate how lucky we are in this regard -, but of course it happens and both myself and my husband loved being able to use the Furbo to check on him on those occasions. Personally, I found myself looking forward to switch it on. The ritual of plugging in the Furbo before leaving the house has become somehow therapeutic and has helped me feeling less guilty about it, as I can see he is fine even when I am not around (I get lots of big sad looks when I leave – that I always ignore as per training rules – and I always die a bit inside when I see his waggy tail stop swinging when he realises I am not getting his leash). 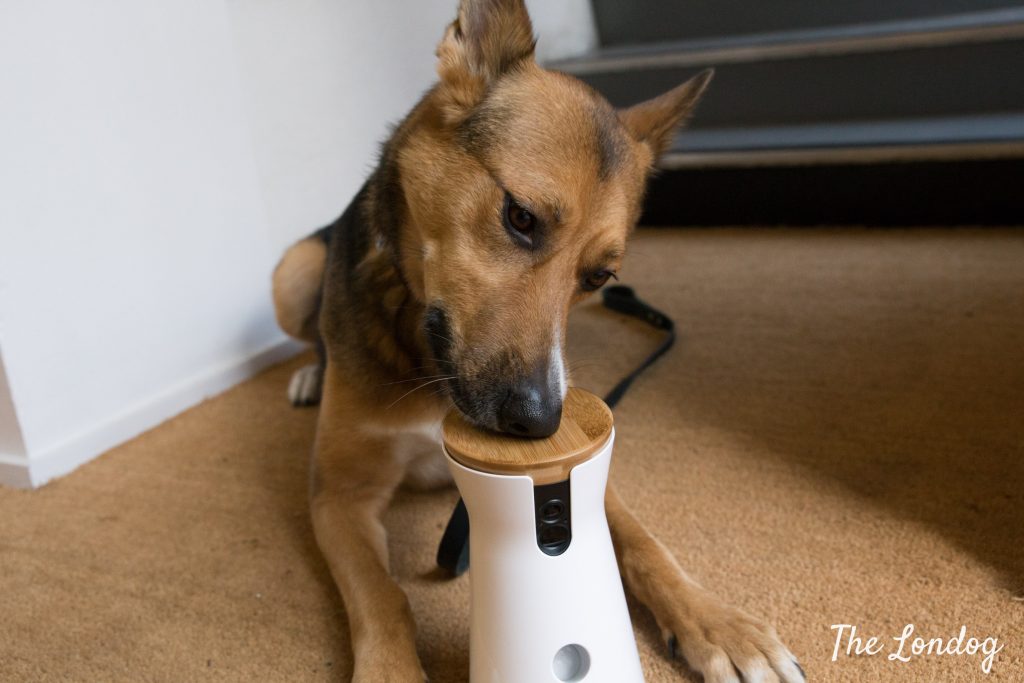 I would then usually check in with the Furbo app a few minutes after leaving, to see how he is settling, and I love being able to give a sneak peek any time I feel like it afterwards. Especially when receiving a Barking Alert, I had been able to connect and check what was the issue (normally after a single bark he would settle again, so no many occasions it has been necessary to talk to him over the app, but great to know to be able to). I must say that I tended not to use the microphone much anyway, though, because Argo unfortunately seems not to have overcome his concern when hearing a voice coming from the Furbo, and there have been a bit of background noise. On the other hand, he very much appreciates the treat tosser, and once he has been rewarded and has hoovered the treats, he looks up at the Furbo hoping more will come. I will show you some short videos on Instagram stories about this in the next few days!

At work it has also become a topic of discussion with colleagues, who were enthusiastic when I showed them the Furbo app. 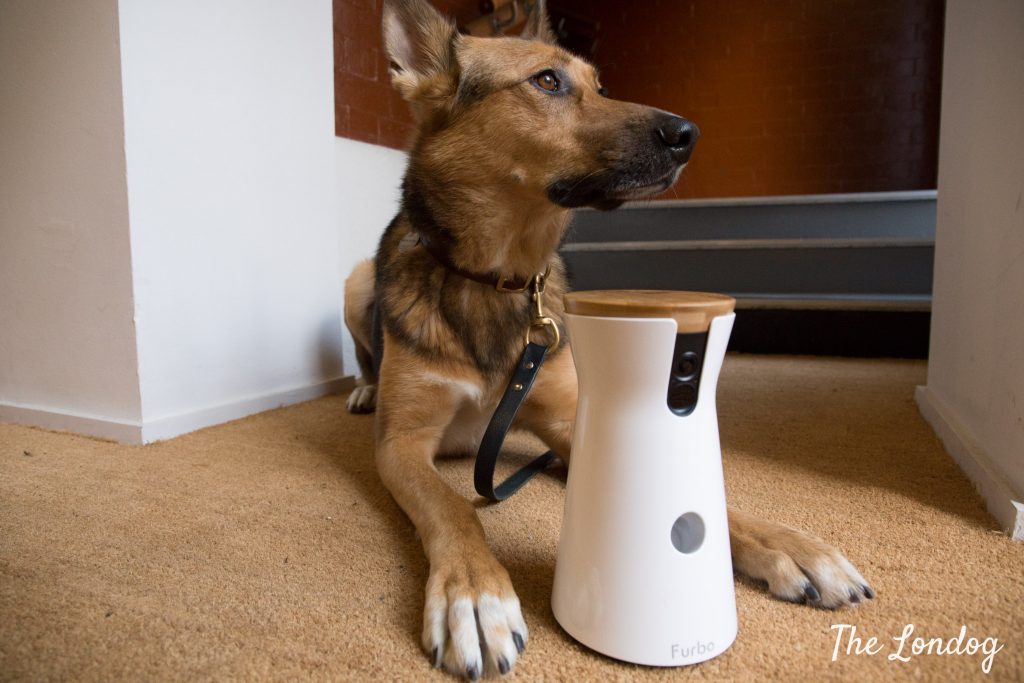 While in the last couple of months I used the night vision feature only sporadically, I see that now, with days getting shorter and shorter, I am making a larger use of it, and I am finding it particularly useful. And this had an impact also on something I am going to tell you just below…

If you remember, the plan I had of using the Furbo was to phase out Argo’s acquired behavior of jumping on our bed when we were out, something which we had been suspecting for a while. A few days in our trial, the suspect was confirmed as we caught him on Furbo dog camera having a nap on our bed! In such an occasion, Furbo’s microphone really came in handy, as I was able to tell him to get down the bed. We spotted him there three times, and the first one may have taken a bit to convince him to get off, but when he did I was quick to toss him treats as a reward to reinforce his behaviour!

I hadn’t caught him on the bed any more for a while so, when I started drafting this review I wrote down that I thought this may have eventually been resolved… Which I had to delete, since while I was travelling, my husband sent me the photo below… Can you spot Argo-Batman’s eyes in the dark?! Where do you think he is watching you from? 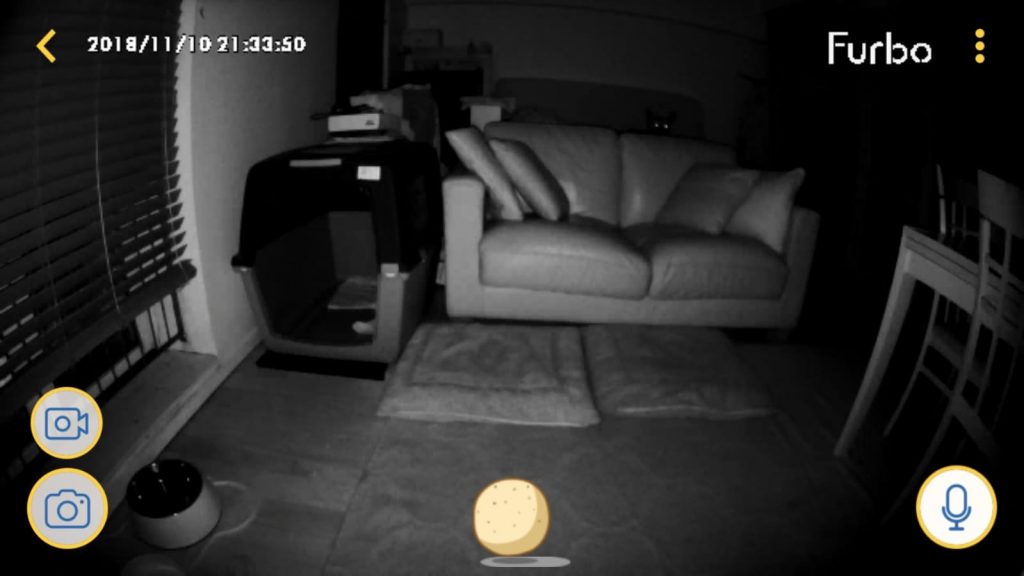 It is clear that it will take a bit longer to fix this… But he has been such a good boy most of the times I checked in in these couple of months: I found him sleeping like an angel on his pillows most of the time!  Such a relief while being out. 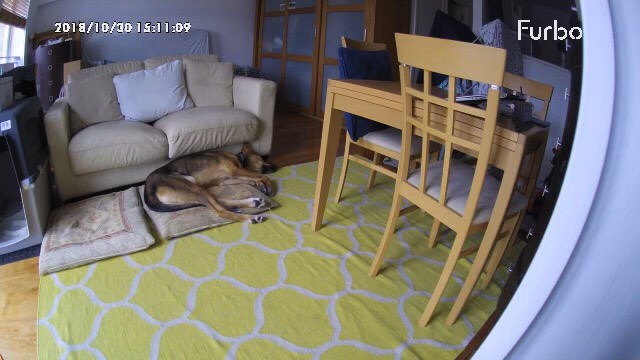 My parents have adopted a lovely rescue puppy mutt (a cross of Husky) from a dog shelter, last month – aptly renamed Olaf for his Nordic looks -,  and I am thinking Furbo would be a great aid for them too. They don’t leave him alone for long periods of time anyway, but for training purposes it would be just manna from heaven to check that he does not cause mischief and is quiet and relaxed when alone.

Ok, I confess: I am hooked. I really love the insight into what Argo does when we are not around (which I got very excited about since the first days we got it), which would be impossible to get without the Furbo dog camera, and now that I tried it I wouldn’t want to go back to being without.

Further to what I already told you in the previous review, these are my highlights: 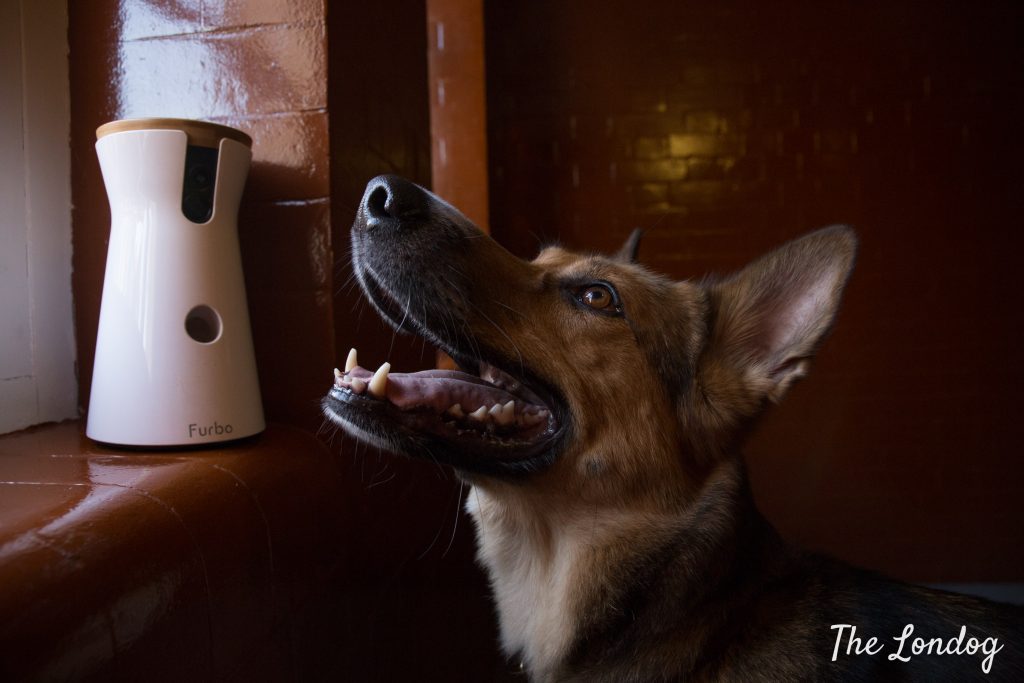 DISCOUNT CODE to get your Furbo dog camera

For The Londog’s readers we have an exclusive discount code that will get £40 off the price of Furbo dog camera. You can use the code Londog159 when purchasing Furbo dog camera (you can do it at this link), you can use it from now until just a couple of days after Black Friday, but it won’t be possible to use it on the 23rd November and it cannot be accumulated with other discount coupons. Please note that the discount code cannot be claimed in the form of money, but only at the time of the purchase as a discount on the advertised price. 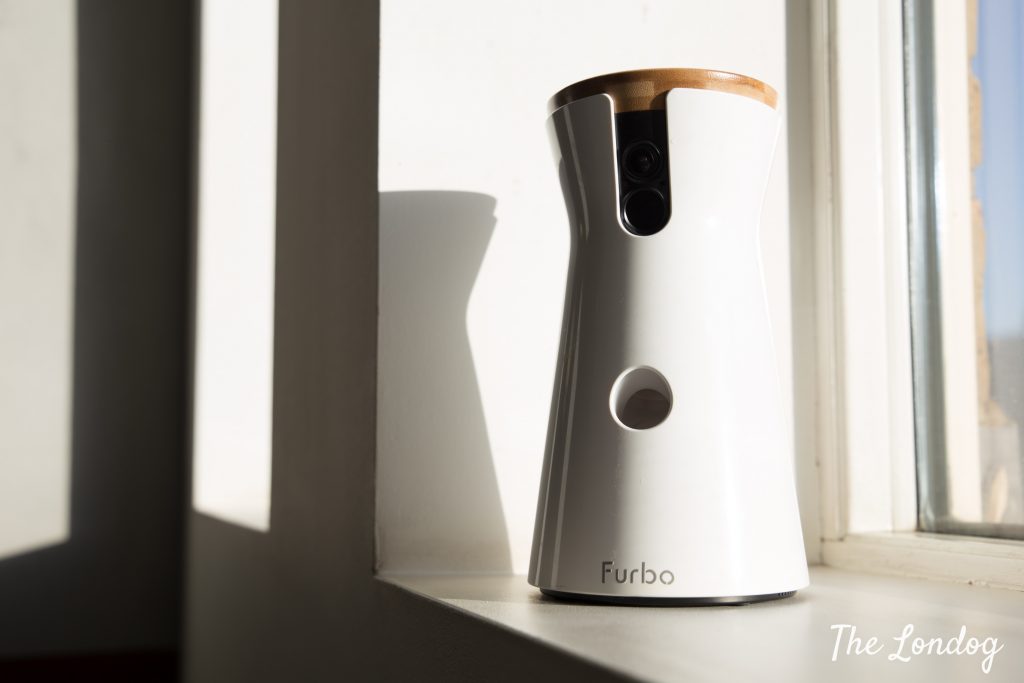