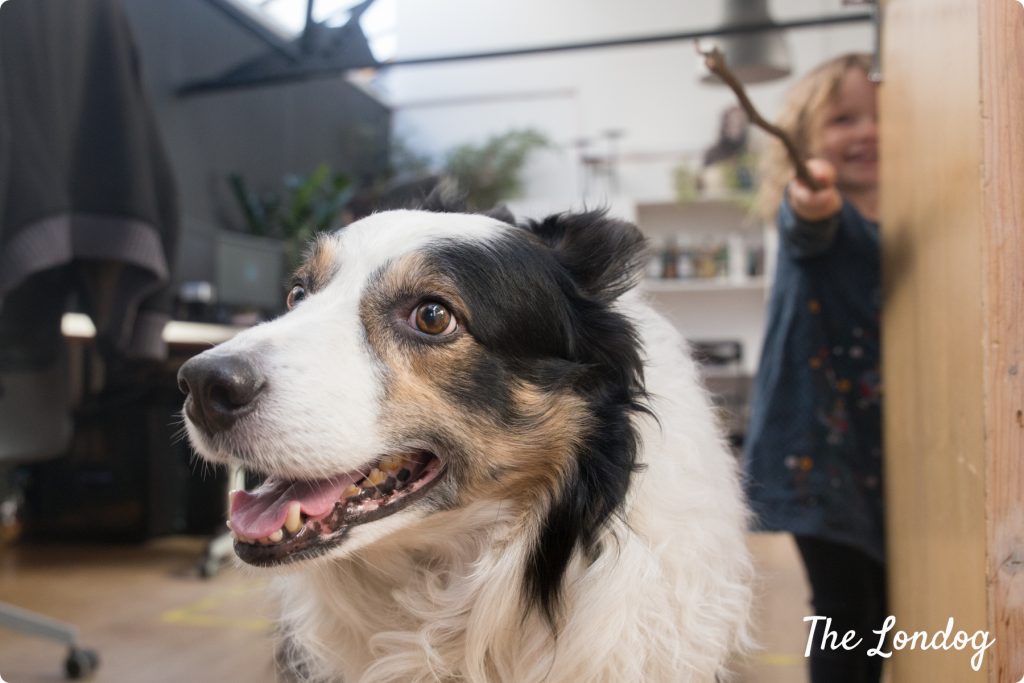 The role model office dog is the one who does not need a leash to be walked, does not bark, keeps everyone in line at the office, while enhancing de-stress and caring for the well-being of each co-worker. Rabobi, the office dog at Koffeecup, a digital production agency specialised in virtual and augmented reality application, based in London, seems to fit the role. 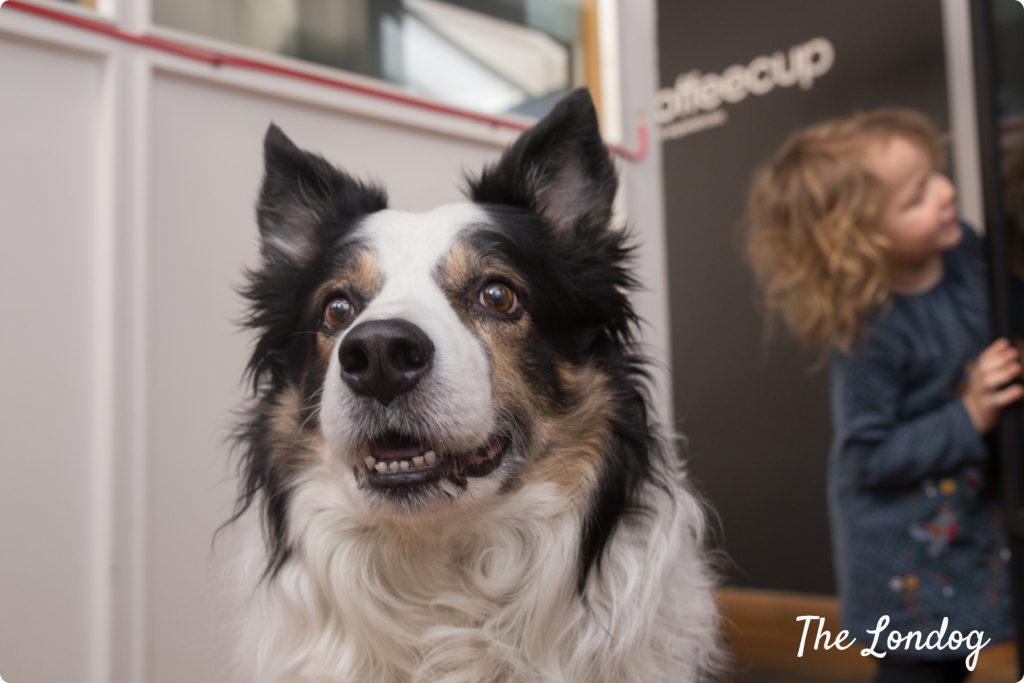 Rabobi, the Border Collie, used to live the good country life in Kent with his owner Thomas Michelou, Managing Director of Koffeecup. He is now 10 years old and since they moved to London, he adapted to life as a city dog, but still behaves impeccably out and about and did not forget that in the countryside he was used to never wear a lead and stick with Thomas.

However, Rabobi does not like to pose for the camera. Thomas reveals that, despite having had him forever, in fact he doesn’t have many photos of him, because any time he sees the camera he shies away.

During my visit at Koffeecup, Thomas’ 3 year-old daughter Maya – who occasionally comes at the office – volunteered as little helper for the shoot. At first keeping her distance, she started shadowing me, until I found her crouched down on the floor next to me and tipping over my shoulder from some stairs while I was bending to get another shot. By the end of the shoot her shyness was completely gone as she climbed on my back, holding me tight to look at Rabobi’s photos on my camera’s screen when I was checking them. 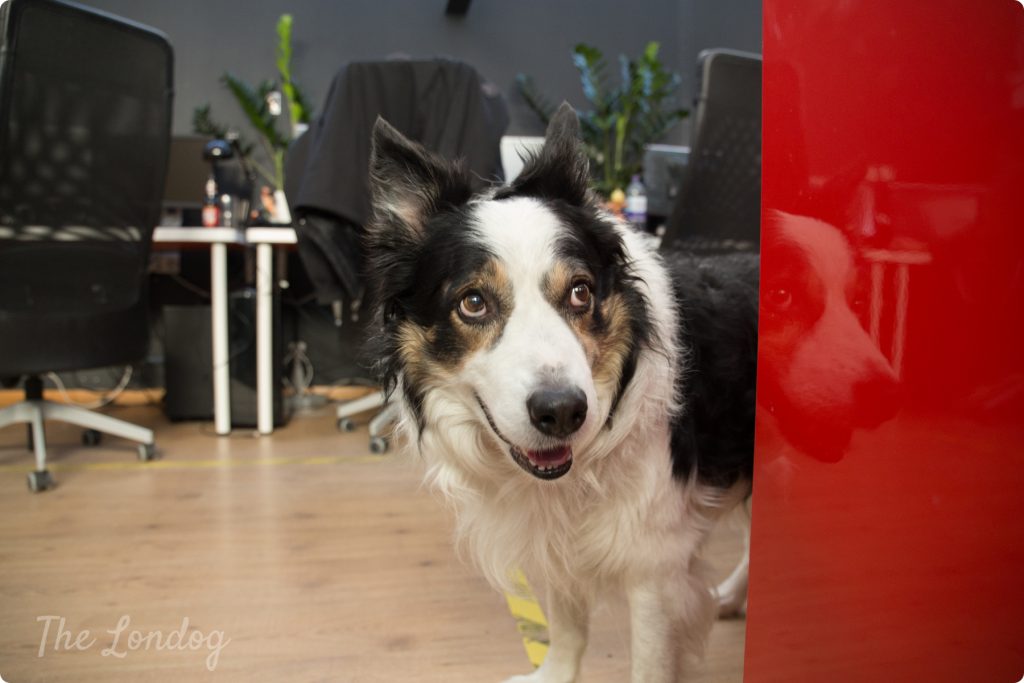 Rabobi is also known for…

Loving: Licking people’s elbow
Hating: If anyone moves a piece of furniture like a table
Funniest habit: Licking elbows or legs if you’re wearing shorts
Most annoying habit: Same 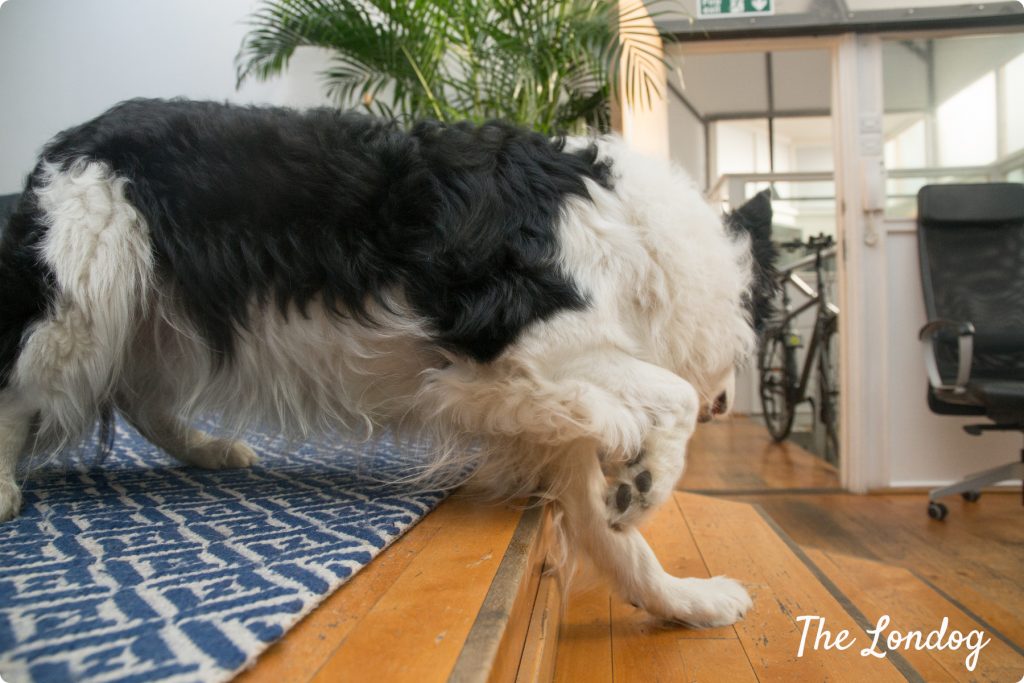 Koffeecup’s office is pervaded by natural light filtering from large skylights on the ceiling. Superhero figurines are aligned on some desks and plants add a green touch to the environment, where people are intent working on their computers all around. Thomas explains that Rabobi started as office dog at Koffeecup’s first studio in 2010, so he has 8 solid years of experience; he can be usually found in any meetings and wants to be part of all conversations.

His role at the office is of Health & Safety Officer, but friends can call him “Booby”, says Thomas. As the most valued members of the team, Rabobi’s photo also features in the team’s webpage as office dog. “Taking him for a walk is a good option when you need some fresh air in the park. I think he is bringing a bit of real life in an office where we all absorbed by virtual reality and in general too many screens”, explains Thomas. 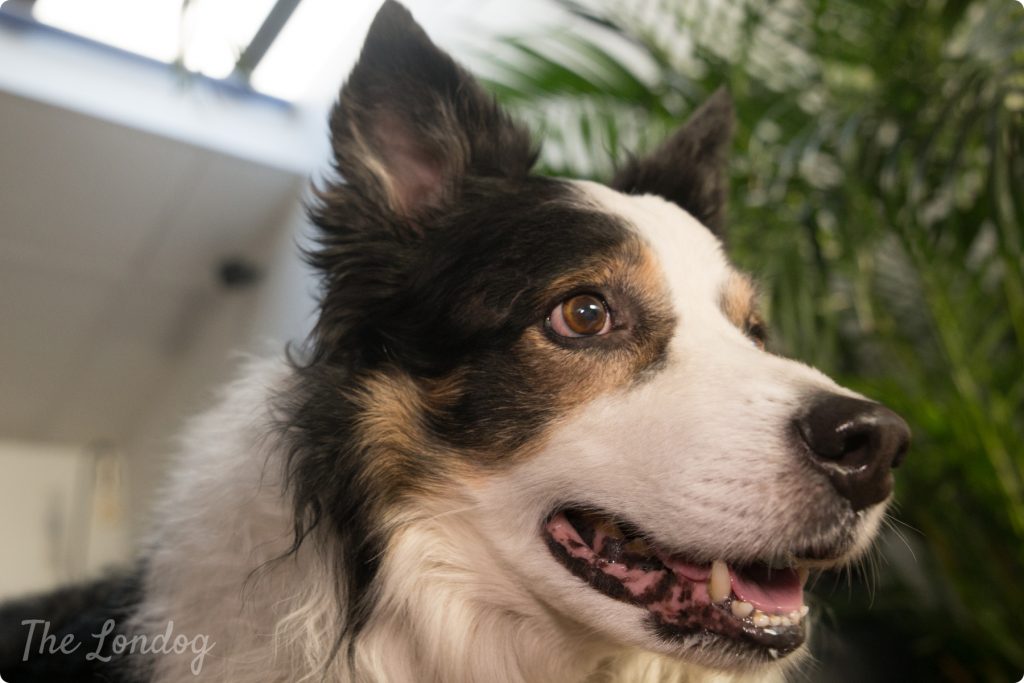 Rabobi is also remember for being responsible of some awkward moment. “We had someone coming for an interview, it was Summer and he was wearing shorts…”, recounts Thomas. “After 30 minutes where we just thought the candidate was very shy and we were wondering was he would keep pulling strange faces, we realised Rabobi had been licking his legs for the most part of the interview. And he was trying very politely not to complain…”. What would have you done in his shoes? I would have probably disappeared under the table to give him a cuddle! 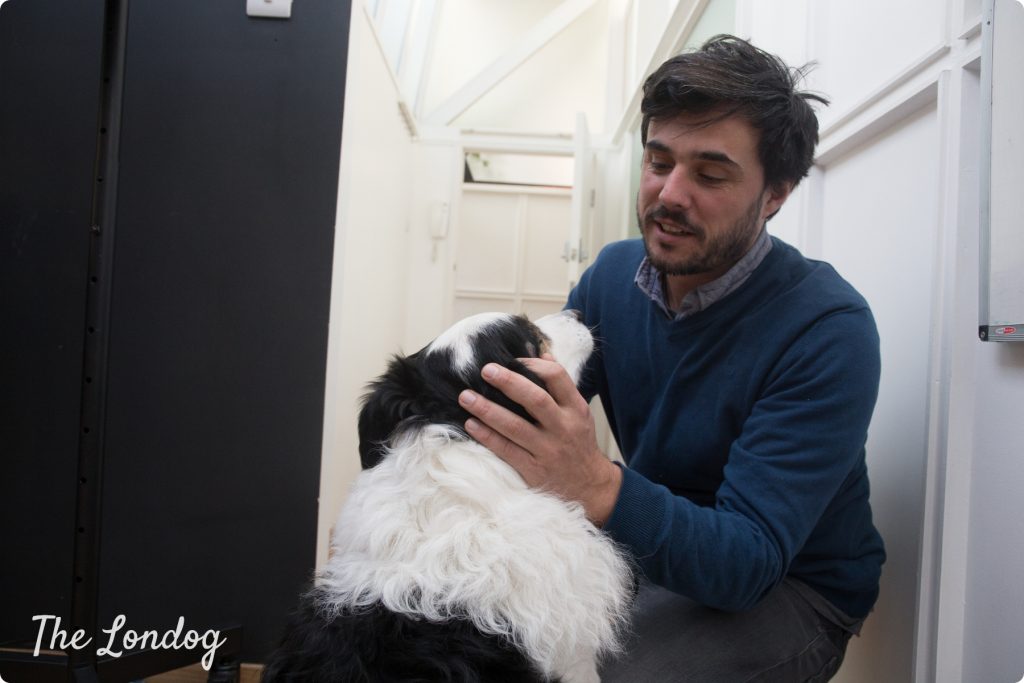