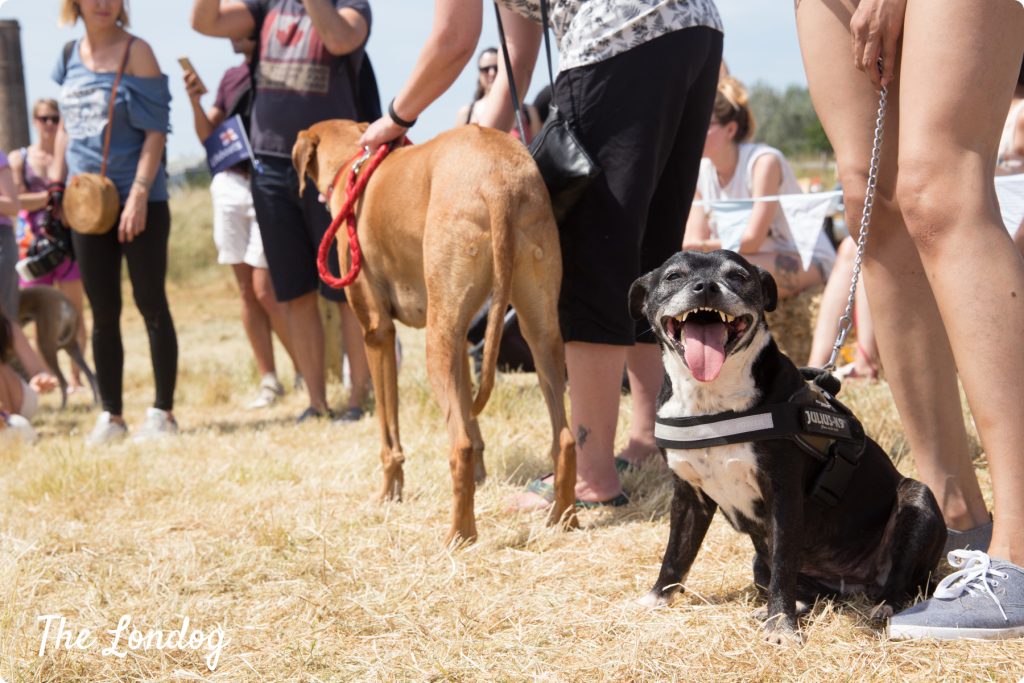 After Belgravia Dog Show on Saturday, we picked a second dog event to attend last weekend: Mudchute Dog Show, in Canary Wharf. Mudchute Park and Farm, where the show was held, is a very lovely place to visit on any normal day (and extremely dog-friendly too!), but on Sunday was even better with this fun dog show! 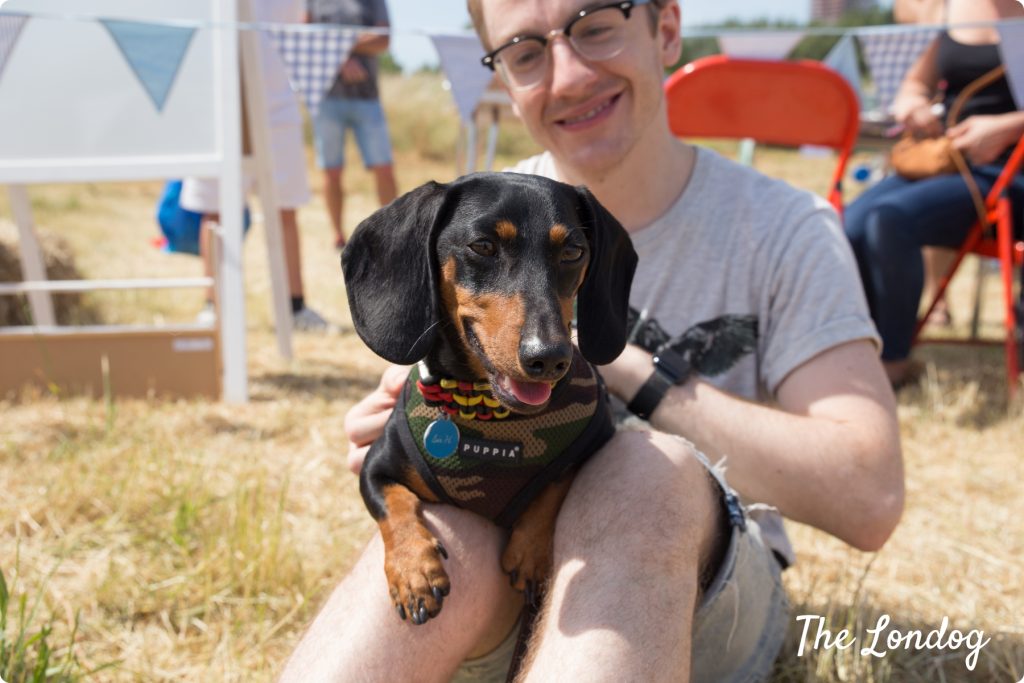 Sunday was a very hot day and when I got to Mudchute Dog Show some dogs and owners had already had the idea of having a rest in the shade under some trees at the very end of the field where the show was held. I am not sure hot many degrees there must have been, you could feel burning under the sun. So, in between the dog show classes, people dispersed to go and give their dogs a break. You could find some in the shade, and many dog owners had come equipped with cooling robes and towels. 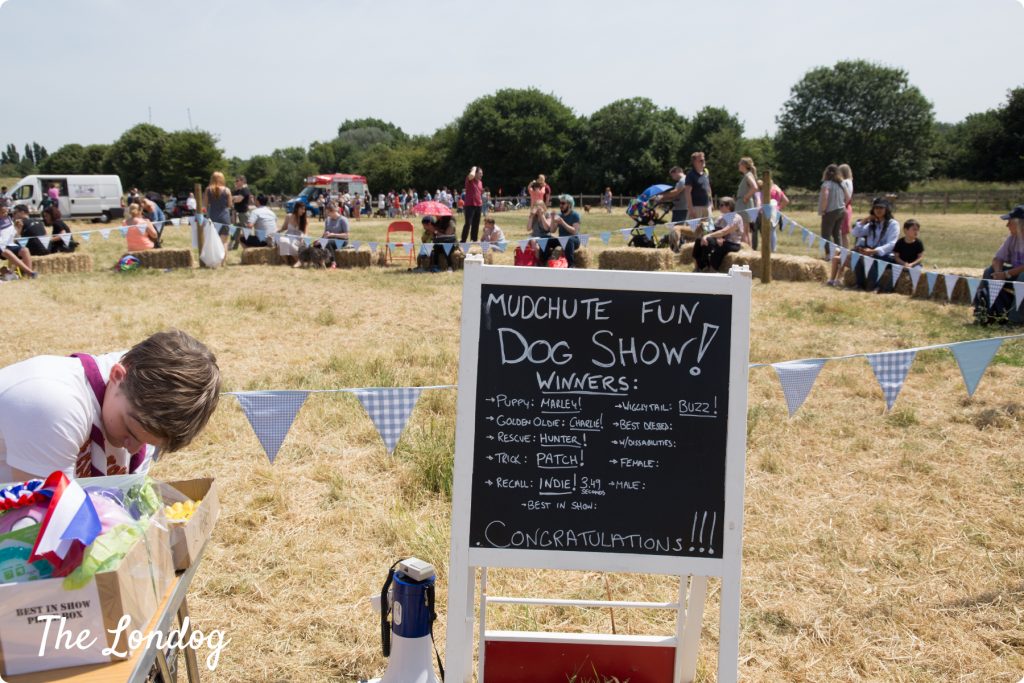 The organisers also had the very awesome idea of providing two paddling pools near a tap, so the dogs went in turns to have a splash and paddle! For instance, I met a very cute doggie who was spinning in circles in the water, Lunar the Husky who tried to dig in the pool and a Boston Terrier who did not want to leave post. 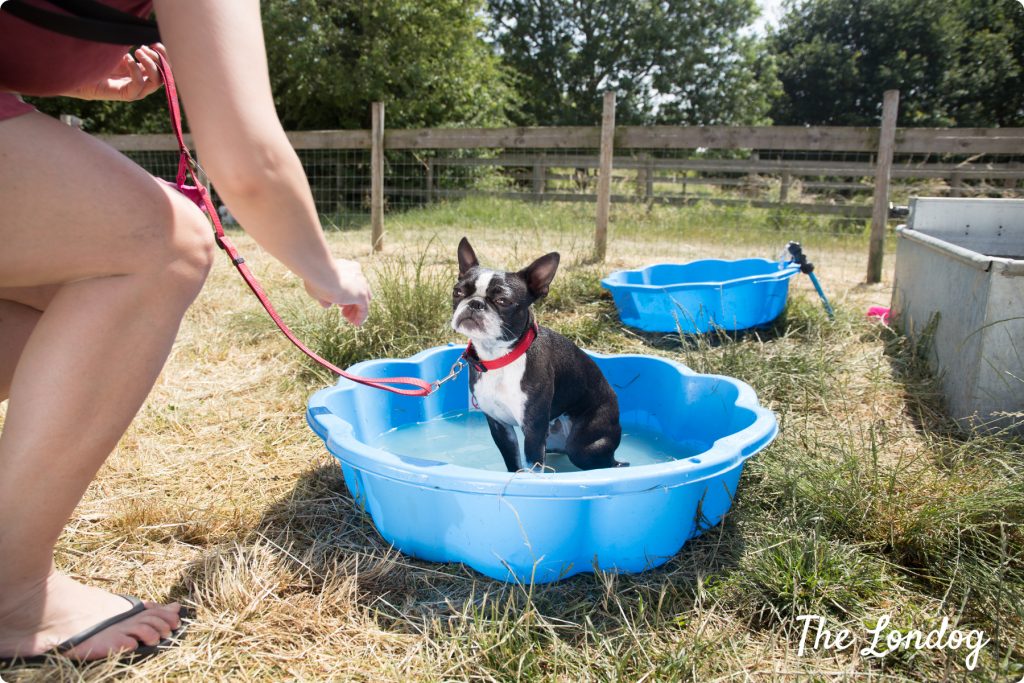 There was also an ice-cream truck in the field also selling fresh soft drinks, something that was extremely appreciated by all participants! And some dogs got to get a little taste of the ice-creams too. 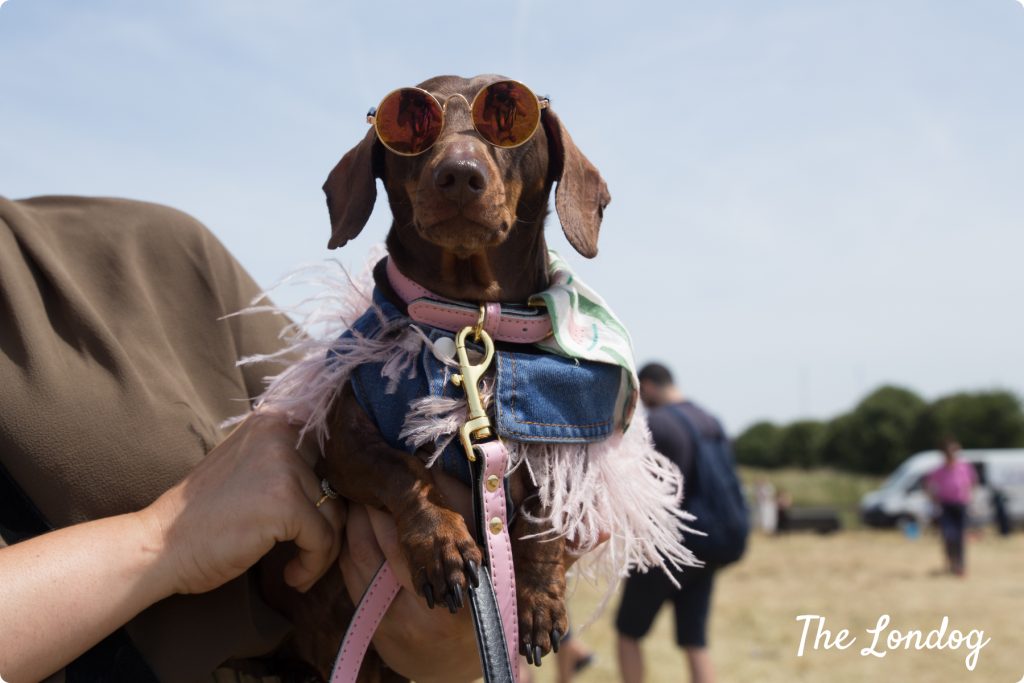 It was great to see some diverse stalls, including the one of lovely Growlees, with Frida the Grenchie! She found the freshest spot under Growlees’ show table and had fun fitting her whole face in a bowl of water to freshen up! 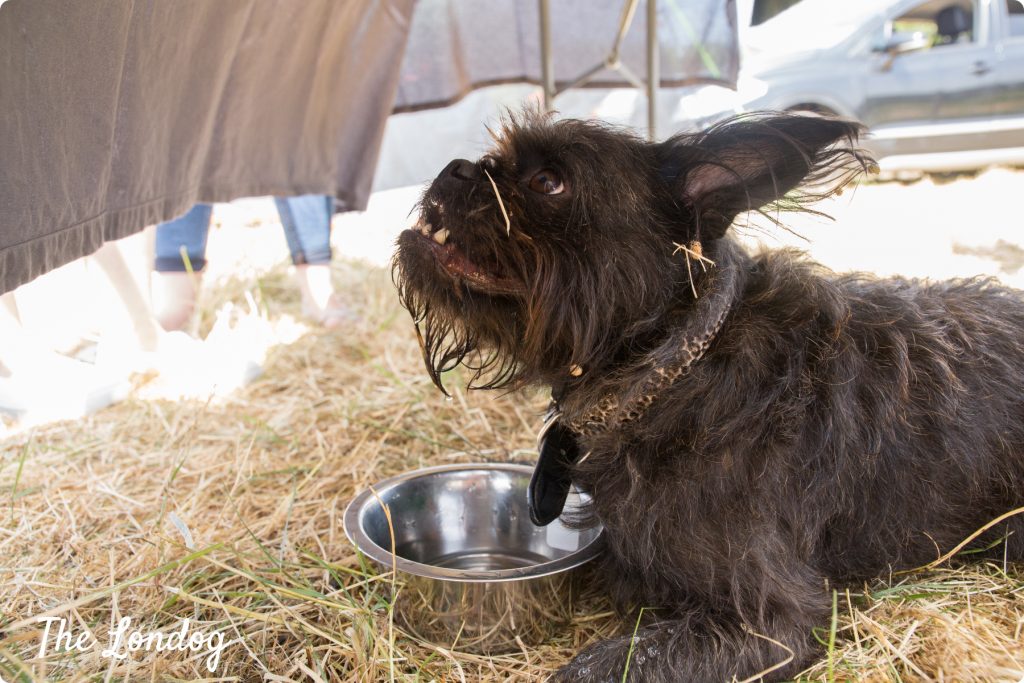 The grass in the field was all yellow and burnt and if it wasn’t for Canary Wharf’s skyscrapers on the background giving away the location, it could have been what I imagine like a spot in the American countryside. The organisers of the Mudchute Dog Show put a great deal of thoughts into all details, which were perfect. I really loved the hay cubes all around the show ring where people could sit, the lovely garland enclosing the ring, the blackboard with the names of the winners (and of course the paddling pools mentioned earlier!). The only thing that could have been a lovely addition was perhaps a tent/cabana for the dogs to refresh. 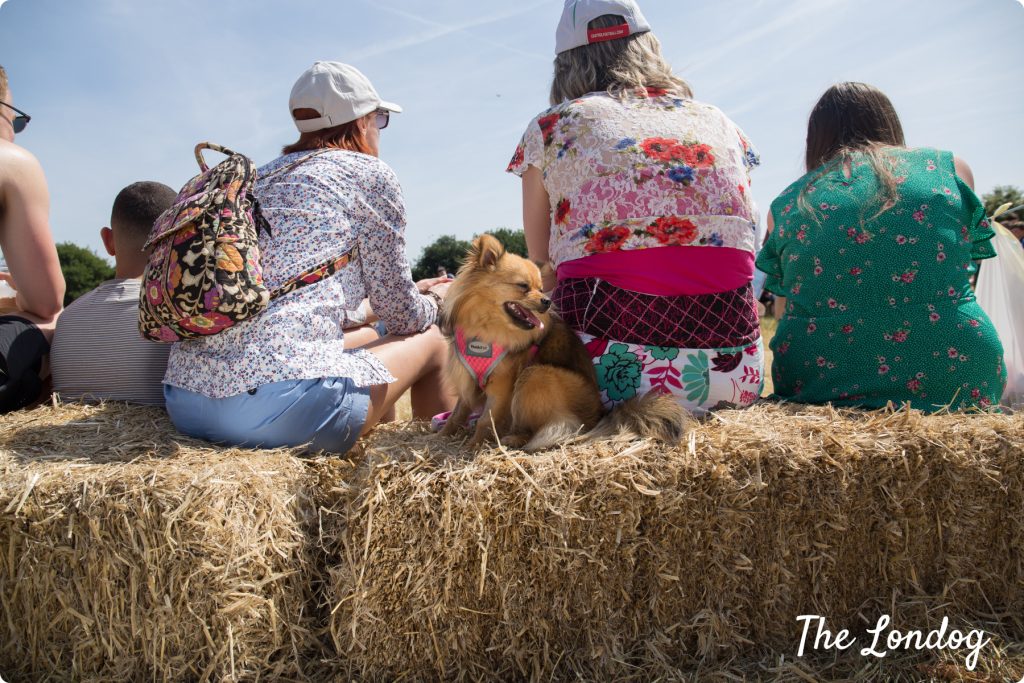 It was really a great day and there was a great turnout, despite some people left soon after their chosen classes due to the excessing heat. 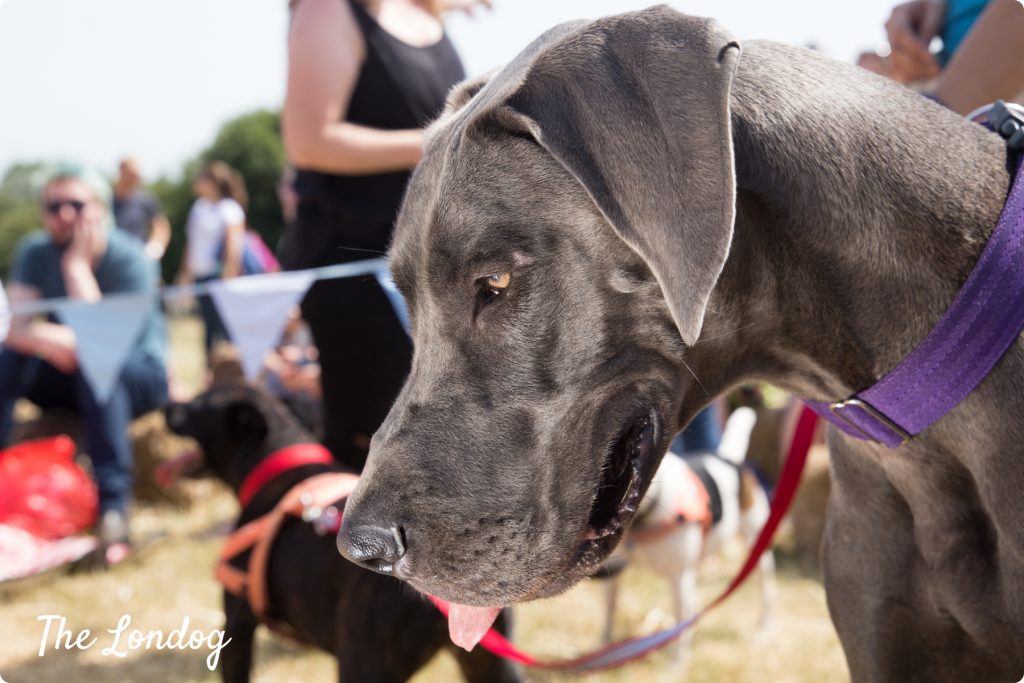 The Mudchute Dog Show was very well organised and jolly and I would very much recommend you join its next edition (I ended up with a bit of a headache for the too much sun, but this is just a lesson to bring a cap next time, you may be wiser than me!).

“It’s local dog people that come together to organise it all without a budget from the farm and mostly out of our own pockets so we [are grateful] to everyone that attended and came along to support the farm” said Jade, from the organisation. “It’s such a little gem having all those acres of greenland in the middle of a fast paced city and we are so happy that the community love it and showed up to support the farm and show their appreciation! This is our second year and every year the dog show seems to get bigger and better, we’re excited for what next year’s dog show will bring.” 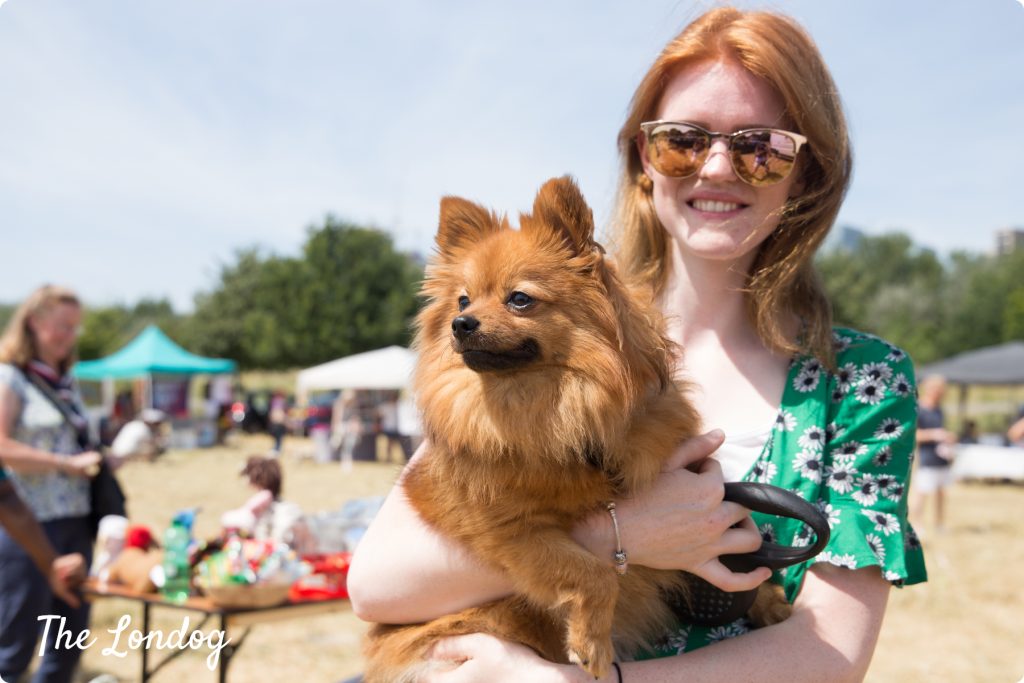 
For a list of all upcoming dog events ⇒  Dog Events Calendar