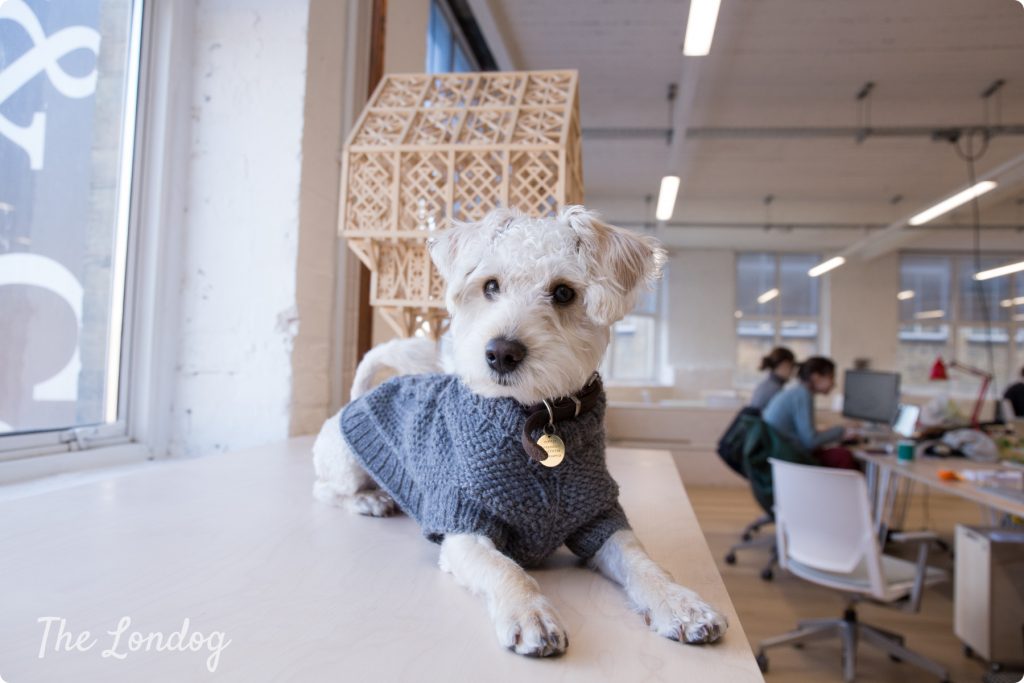 When I step into Architecture 00, a RIBA award winning studio in East London, I find little studio dog Jake giving proof of his acrobatic skills. He is attempting to jump and catch a broom Lynton has just used to clean up some earth that spilled from a plant pot. He trots around, only to notice that somebody is busy doing another more interesting activity in the kitchen, and disappears behind the long legs of a table. 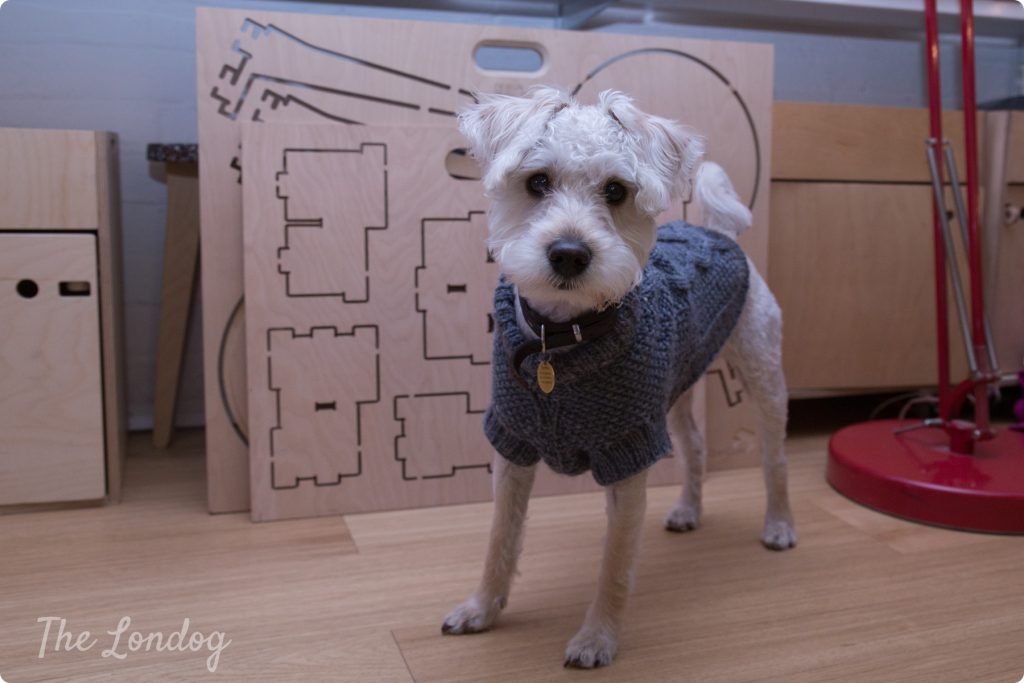 Jake, who is a one-year old Schnoodle, became Architecture 00’s studio dog as a 12-week old puppy. When I meet him, he is wearing a grey knitted wool jumper, which adds to his already endearing looks.

“He’s recently had a massive haircut and now has to wear [that] knitted jumper, which he is terribly fond of”, says his owner, Lynton Pepper, architect and co-founder of Architecture 00. “He started off completely white, then went on to grow a ginger stripe down his back and now has settled on ginger tinged feet. Jake is very friendly and people love having him around”. 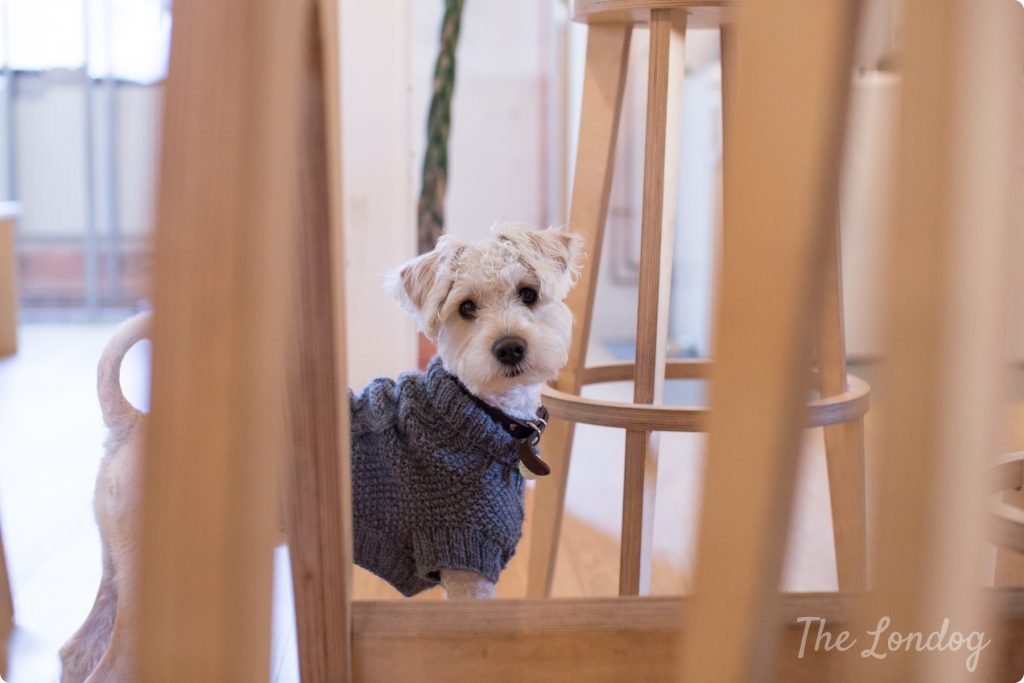 He has some favourite people at the office, especially Niamh and Andrea, and particularly loves his lunchtime run in London Fields, where he regularly meets up with his doggie friends. “Jake is a very funny dog who loves coming to work to see all his colleagues”, recounts Lynton. “His favourite places to hang out are on an office chair next to me or at desk height. He makes me laugh so much when he sits and looks at me with a weird smile whilst I am working. It’s consistently funny.”

Although he is said to be funny, silly and 12/10, Jake is a very smart little doggie. You can’t imagine how fast he works out that ‘stay’ means being given treats during our shoot, and Lynton is also impressed to see him doing so well. 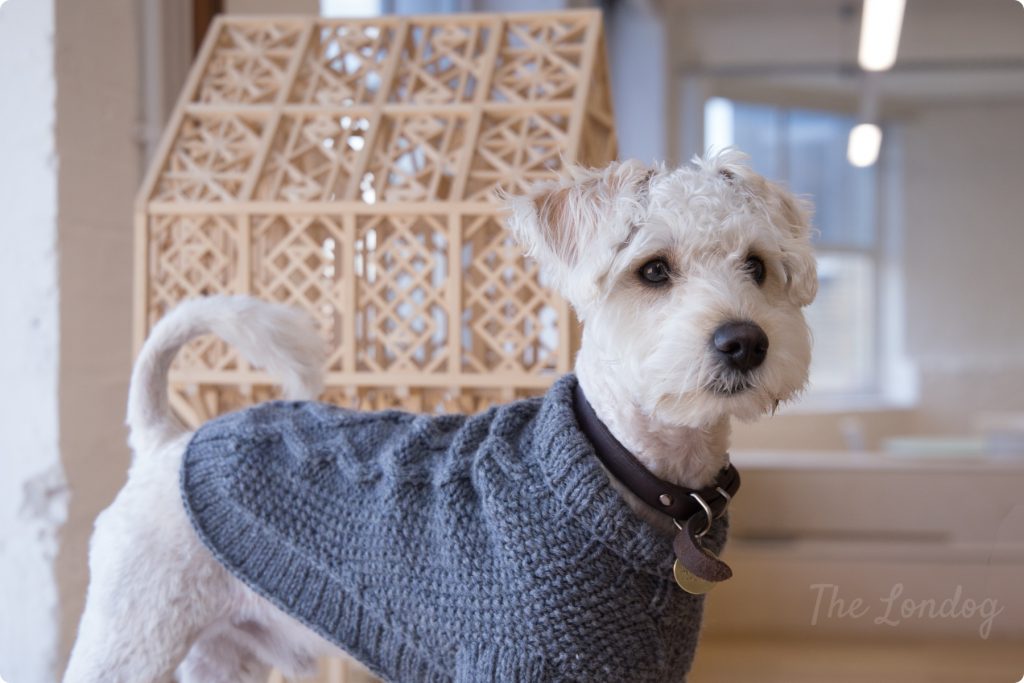 Jake is also known for…

Loving: Snacks, playing pull, and running around Hackney Downs and London Fields.
Hating: When wind blows on his bottom.
His funniest habit: Whipping his head around quickly and looking bemused if you blow on him.
Most annoying habit: Unexpectedly licking you when you’re not looking.
His most famous episode: Slipping off a chair at the precise moment someone gave some big news in the office. 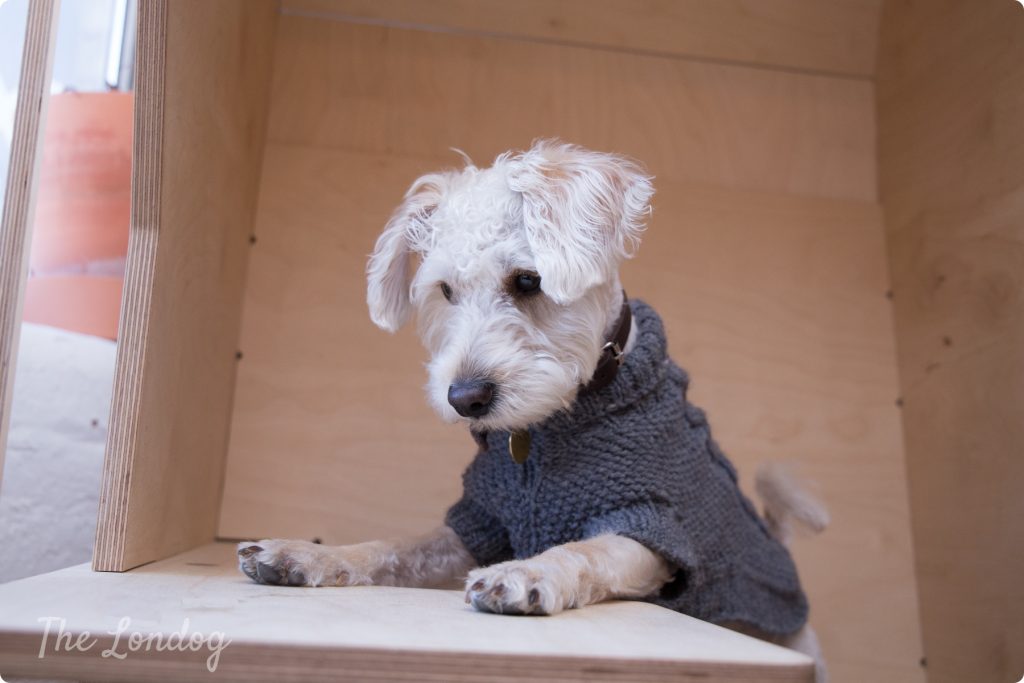 At the office, Jake’s only job title is ‘office dog’. “Which he fulfils with ease”, adds Lynton. He adds, “Jake is also a stickler for the rules such as no coats on the back of chairs. If he sees one, he will make sure you put it on the coat hooks. He also patrols people’s bags to ensure that no food is left in the workplace that should be in the kitchen.”

Architecture 00 shares the floor and office with Opendesk, a global furniture platform for local making, and all the furniture at the office is in fact designed and made by Opendesk and Architecture 00. One of the perks of being the office dog at the studio is getting a dog house made just for you… Jake’s little wooden house, which matches the rest of the furniture’s style, is placed near Lynton’s desk. It has a wide door and a skylight from which Jake can peek out. Lynton explains that he has now almost outgrown his dog house, so he uses it less than he used to when he was little. 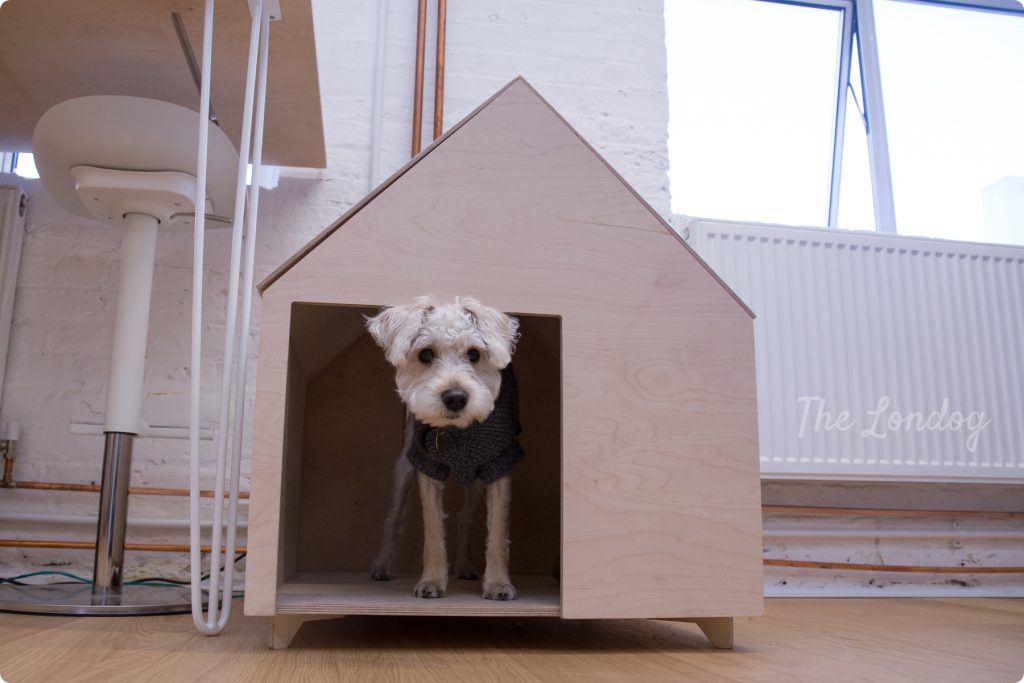 In his puppyhood, apart from enjoying his dog house, “Jake used to live on the desk and everyone’s favourite memory was of him sleeping under my laptop stand”, says Lynton. What he hasn’t lost, is being partial to running and playing with balls, and the studio can sometimes turn into a playground with Lynton running around following or preceding Jake in a game of chase or throwing balls.

“Jake’s daily office routine is to ensure people look away from their monitors regularly and stand up from time to time for a play”, says Lynton. “He typically greets everyone individually in the morning and visits his favourites to sit on their lap. I think his impact has been to make people more healthy. Everyone looks after him in the office and he is a constant source of amusement.” 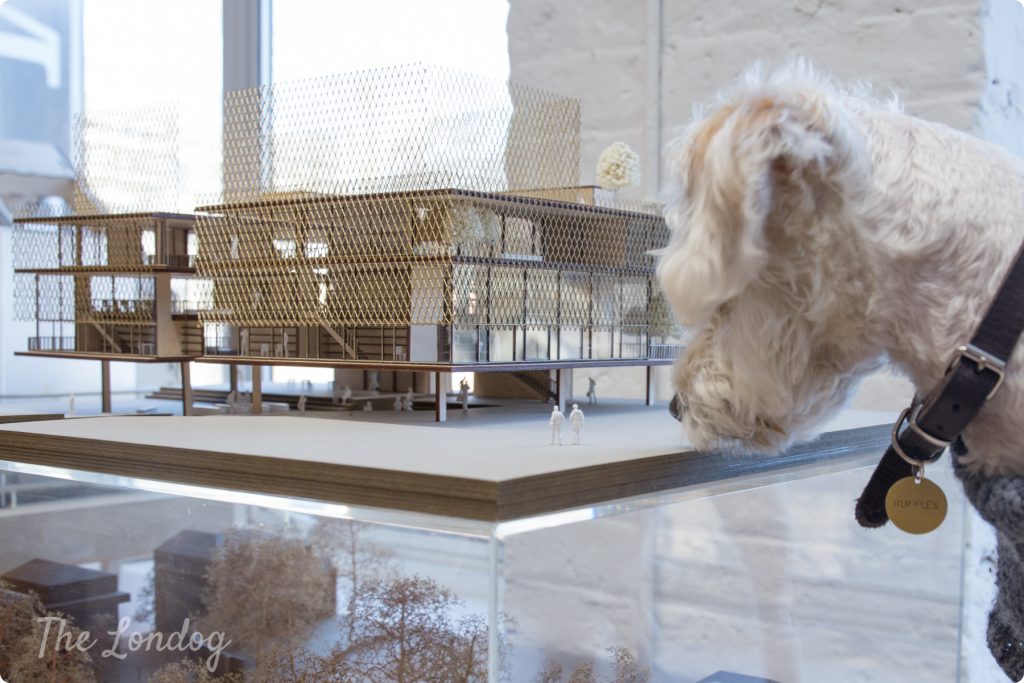 Did you enjoy Jake’s story? Stay tuned for tomorrow’s office dog story: we take you to a magazine that does not need introduction and its office dog, Macy.

From 24.00am on the blog. Learn more about the Series here.