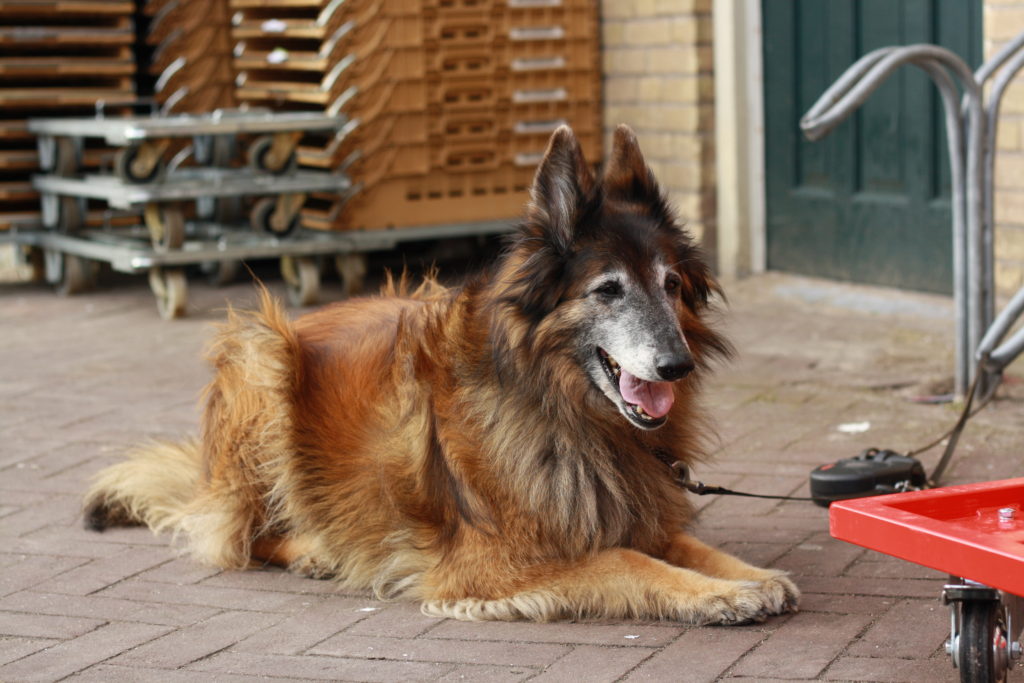 Everyday stories of dog thefts are heard from dog forums and groups. A few days ago, the BBC published an article on dog thefts in England and Wales, announcing a 22% increase in the number of reports over the last two years.

Earlier this year, I submitted a Freedom of Information request to the London Metropolitan Police, to get the figures of stolen and recovered dogs in London for 2014, 2015 and the first quarter of 2016. In this post, I will tell you what I found out.

Note: The figures do not indicate the total number of reports filed with the Metropolitan Police: they correspond to the actual number of dogs reported as stolen instead. It can be estimated the actual figures be higher, because some people might have not reported the theft, or it could have been unclear whether the dog escaped or was stolen, hence not recorded under ‘theft’.

In 2015, 234 dog thefts were reported in London, which means over a dog every two days was taken away from its owners. This shows a 9.8% increase compared to the figures from the previous year, when 213 dogs were reported stolen to the police.

The worst boroughs in 2015 were Bromley and Wandsworth with 17 records each, followed by Greenwich and Hillingdon with 13 stolen dogs per borough, and Croydon and Westminster with 12 dogs each. On the bright side of the chart for 2015 there was Bexley with only 1 reported stolen dog and Harrow, which had 2.

A graphical representation of reported dog thefts is shown below. For the exact figures and a comparison between 2015 and 2014, see the bar graph at bottom of this blog post. 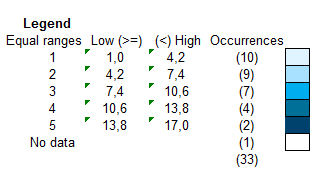 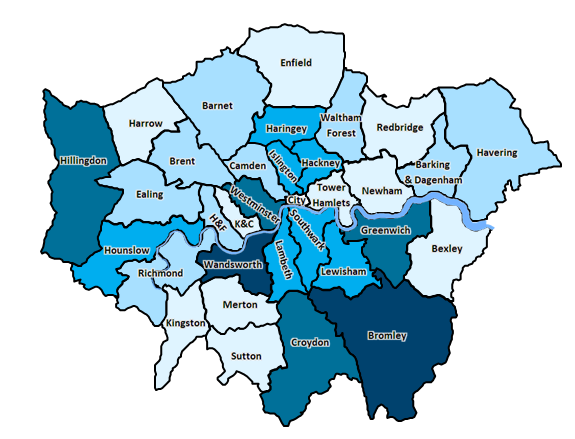 Looking at 2014’s numbers, one can note that the results did not match 2015’s entries. On the one hand, 2014’s worst borough for dog thefts was Barking and Dagenham with 16 records, while Enfield registered 15 dog thefts, followed by Bromley with 13 reported dog-naps and Havering with 12. On the other hand, the safest boroughs were Harrow (with zero reports), Merton and Richmond (1 report each). 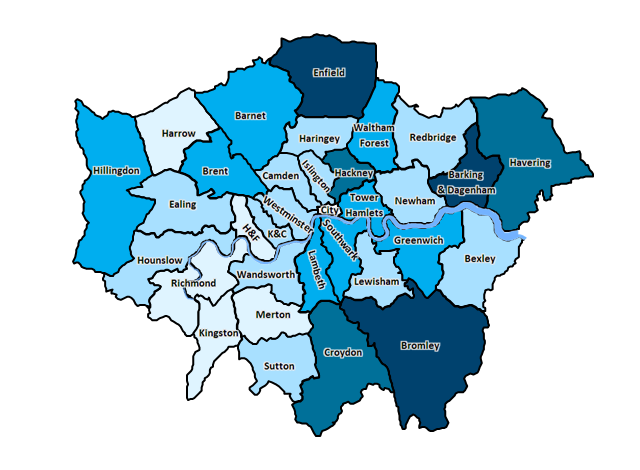 Surprisingly enough, the only borough which had a similarly infamous record both in 2014 and 2015 was Bromley, and also in Croydon the number of dog thefts were quite consistent. In contrast, the other boroughs’ ranking do not follow the same trend as in the previous year.

Looking at the first quarter of 2016, 35 dog thefts were reported to the Metropolitan Police, with the highst numbers in Hackney (5), Brent and Newham (3 each). However, it may be too soon to infer a decreasing trend in dog thefts, as the relatively low number of crimes could be simply due to the winter season.

For animals with known recovery date, the average number of days between the reported dog theft and the dog recovery was of 11 days in 2014, while in 2015 the average was 10 days. 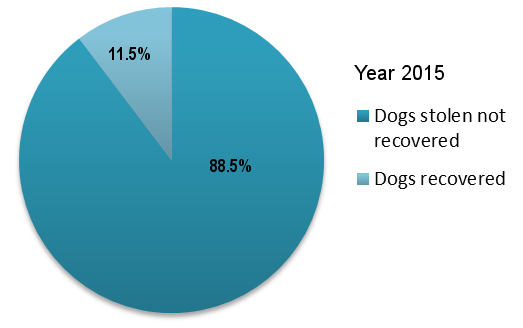 How To Prevent Dog Thefts

Why dogs are stolen

Dogs may be stolen for a number of reasons. If of pure breed, they may be used for illegal breeding in puppy mills (see BBC Scotland’s 2015 documentary The Dog Factory) or sold on the market for gaining easy money; in other cases they may be used in illegal dog fights either as fighting dogs or, more frequently, as baits; further, dogs might be dog-napped in view of asking for a ransom.

Bearing this in mind, it is important that you take some precautions to avoid your dog be taken. 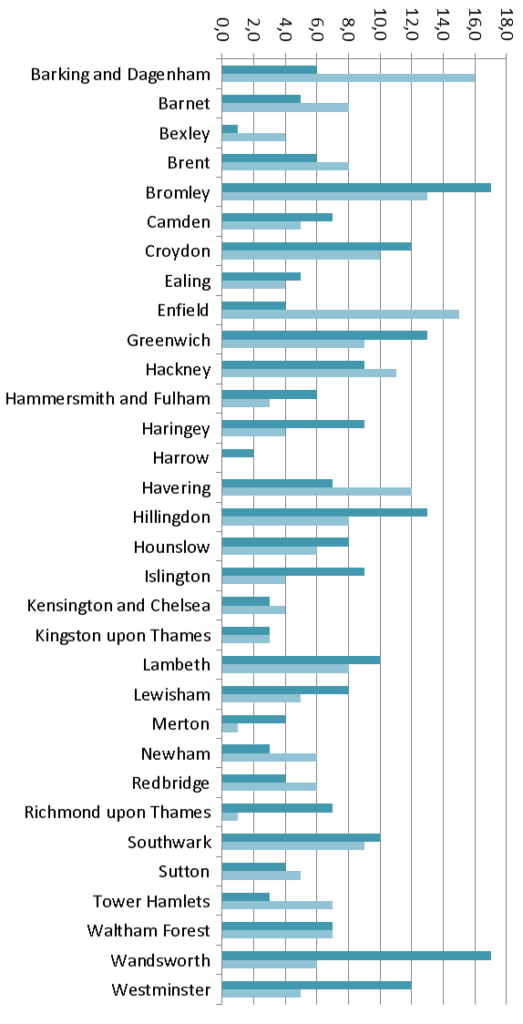