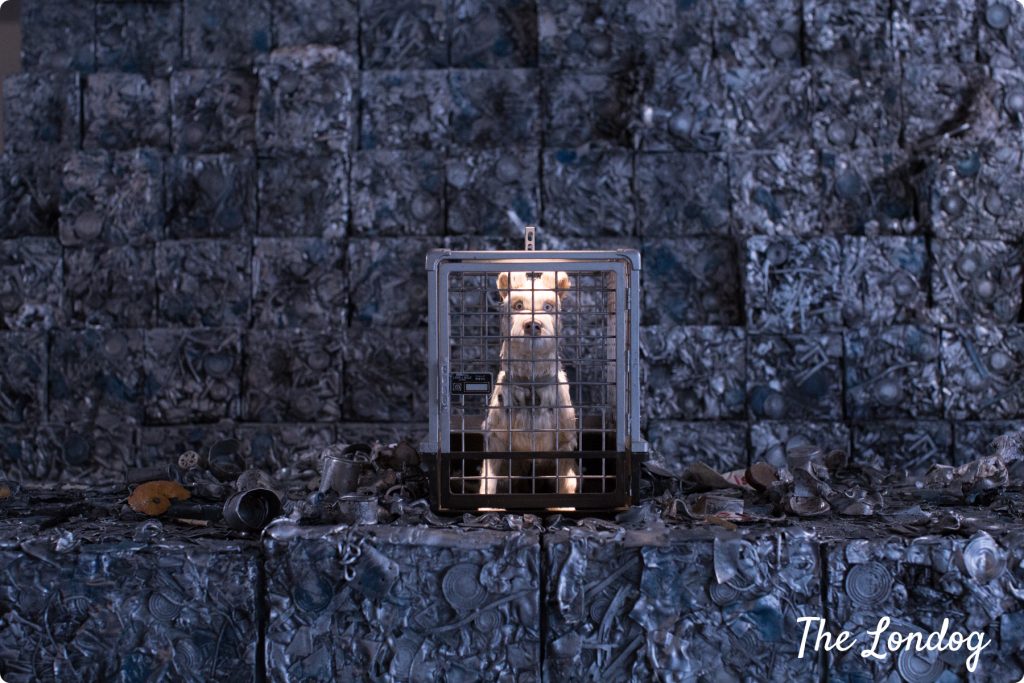 Big success, today, for the dog-friendly preview screening of Wes Anderson’s animation film “Isle of Dogs” hosted by Picturehouse Central in London! Around 60 dogs with their humans as well as a few celebrities (including Johnny Vegas) joined the fun for another sold out event. All over London also other cinemas opened their doors and screens to canine friends, which tickets also were gone quickly. 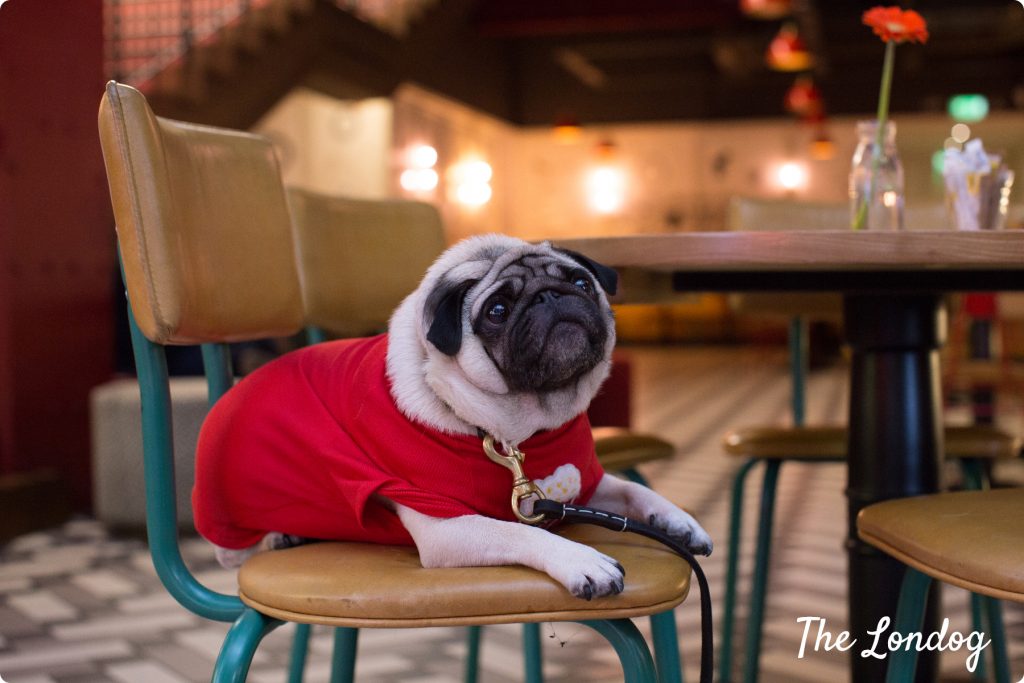 Isle of Dogs movie received a massive media coverage and with all the PR and even a dedicated exhibition in London (at The Store X, 180 The Strand), our expectations for the film were set at a very high bar and we were looking forward to watching the film. 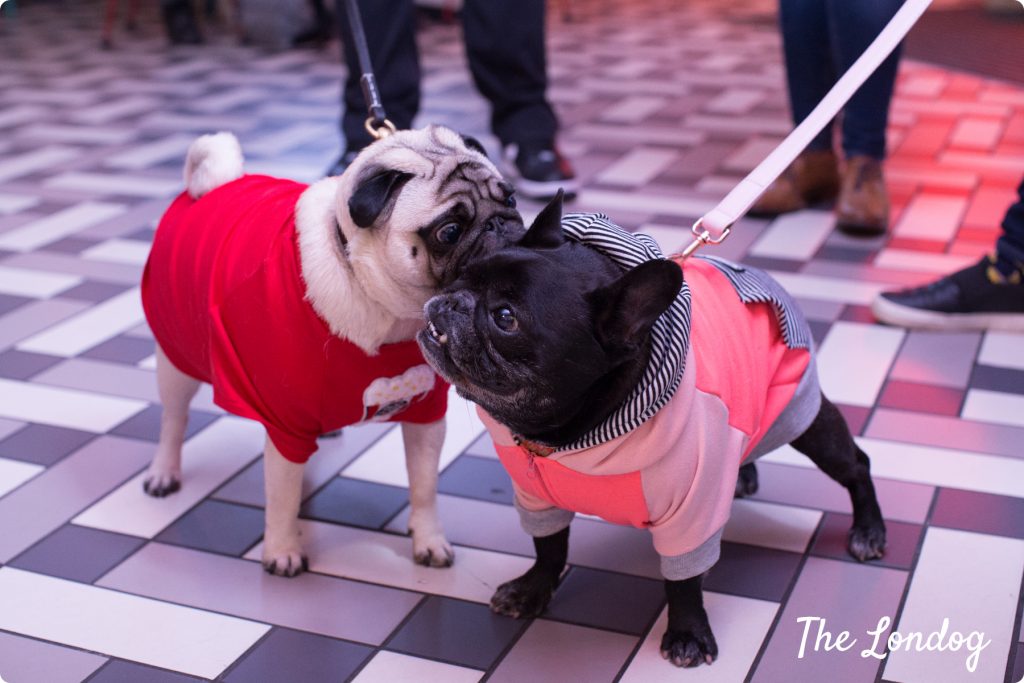 Dogs at the cinema screening

So how was it? The dogs started arriving a a while before the start of the film, indulging at the bar in the lobby with their human friends,  having a walk on the first floor before entering the screen, sniffing new dog friends and having their photos taken in front of the Isle of Dogs’ cardboards and opening the goodie bags provided by the organisers (with dog biscuits by Neoh & Nobo, some Bow & Dog dog food and Beco dog waste bags). Lots of tails wagging!

Compared to the previous dog cinema screenings we have attended, a couple of dogs seemed a bit more enthusiastic about this film and it was quite funny to hear some barks during some key scenes, which added much humour to the screening.

We found the film absolutely brilliant, as it combines really awesome photography and cinematography tecniques with an original and touching plot. The story tells about a twelve-year old boy, Atari Kobayashi, who ventures on Trash Island (the Isle of Dogs) – where dogs have been deported from Megasaki City – to look for his lost bodyguard-dog Spots. 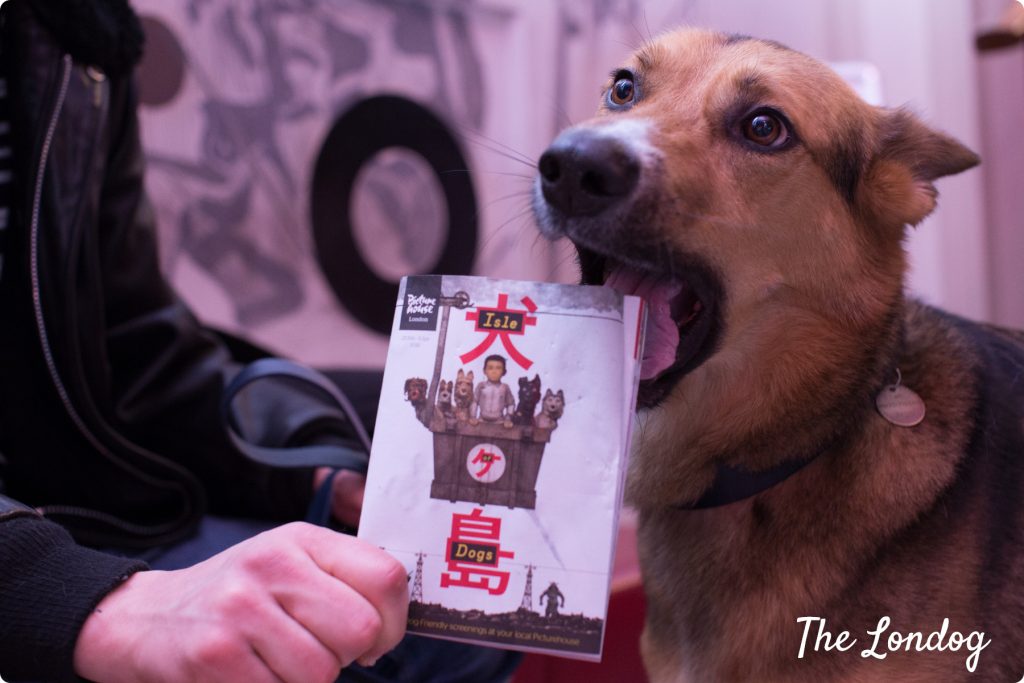 One of the things that Atari often does in the film is whistling a melody as a call for his dog. Well, we had a loud laugh after the film when, while taking photos of the dogs by the film cardboards somebody started whistling like Atari to catch their dog’s attention! We bet it will not be the last to do it after watching the film! 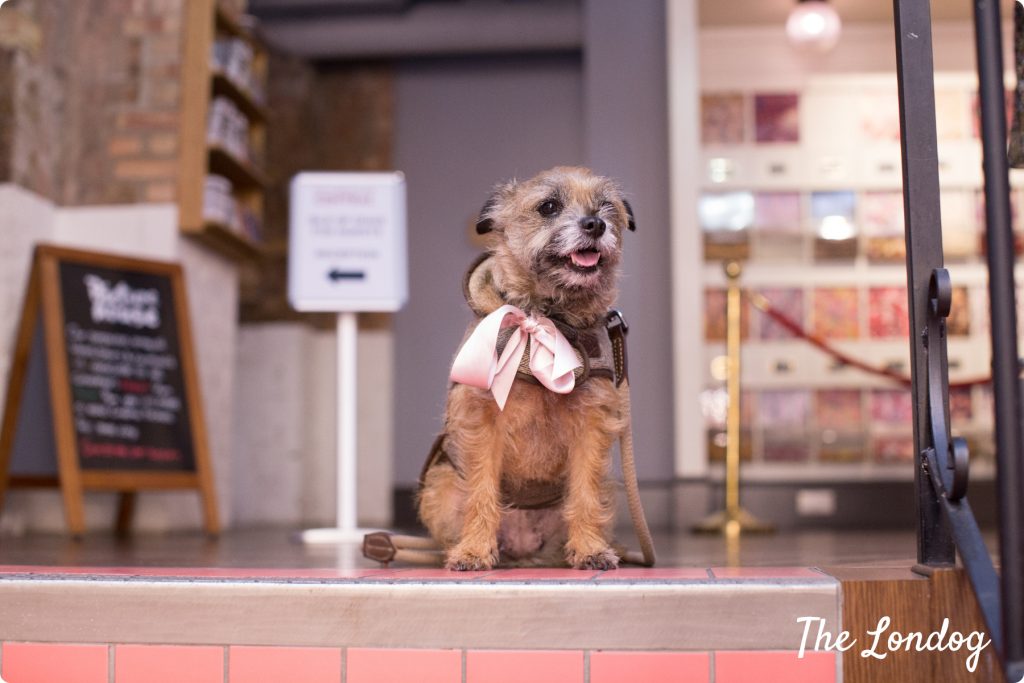 In case you would like to bring your dog to the cinema, Picturehouse Central will be hosting a new dog-friendly screening soon, with date and film to be announced tomorrow. So stay tuned and be quick to get your tickets, since they sell out fast (we will publicise it on our Facebook page and Dog Events Calendar, or you can find it on Picturehouse Central page directly)!

You will find all the photos from the screening on The Londog’s Facebook page shortly! You can also watch our live from the event (including an interview with Picturehouse Central’s General Manager here). 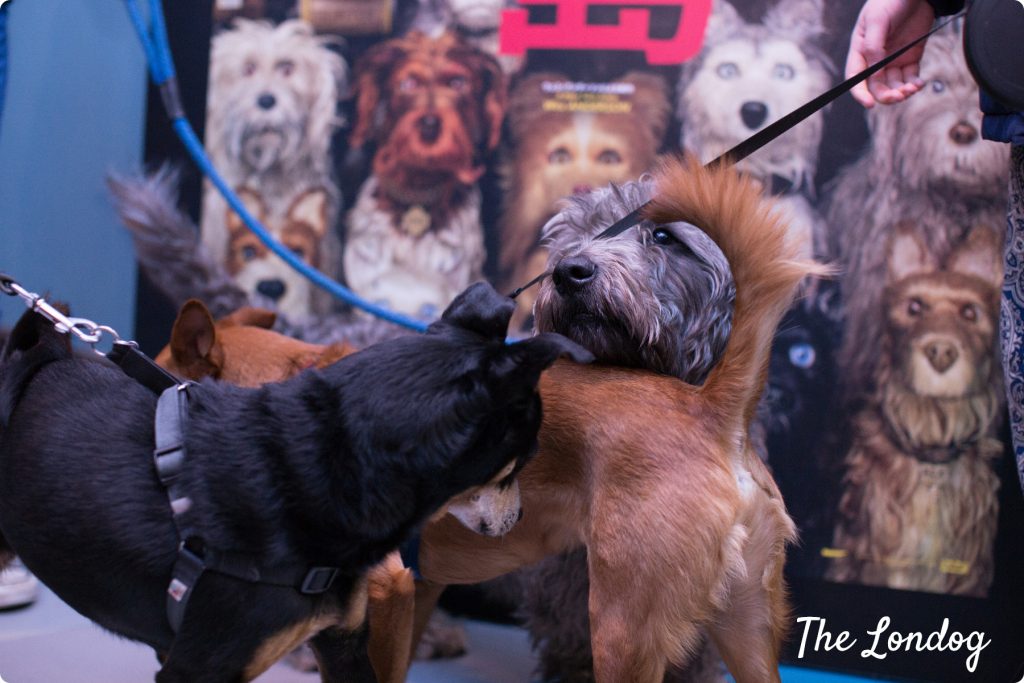 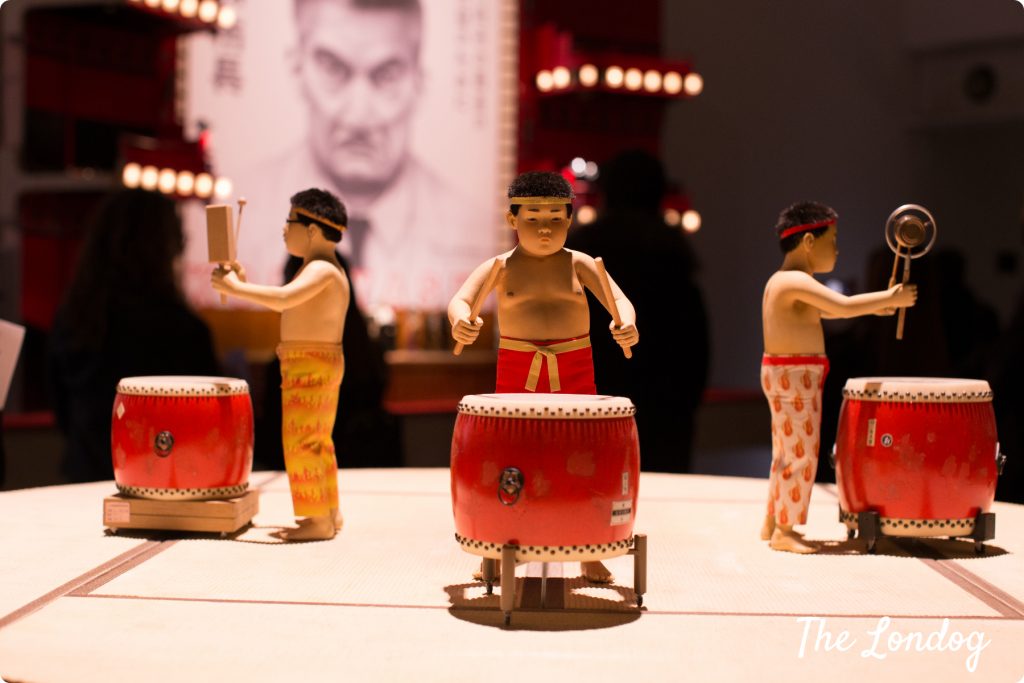 After the film we had a walk and went to visit the Isle of Dogs exhibition at The Store X on The Strand, very close to Temple station. Unfortunately dogs are not allowed inside, so my husband and I had to take turns with Argo outside, but even the security guys were feeling so sorry he couldn’t get in. 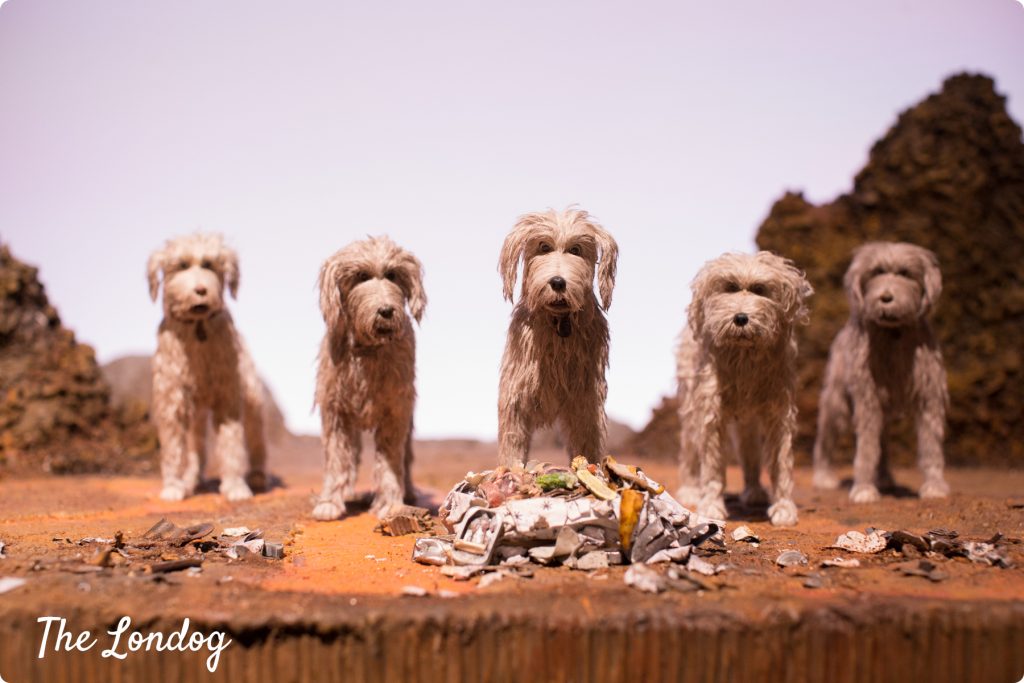 The miniatures are absolutely incredible and you will stop admiring the meticulous preparation and the wise lighting that each scene required. The numbers confirm this: for getting the 144,000 still frames that make up the film it took them 445 days, a crew of over 670 pople, 240 sets, 1,097 puppets! All made in East London! 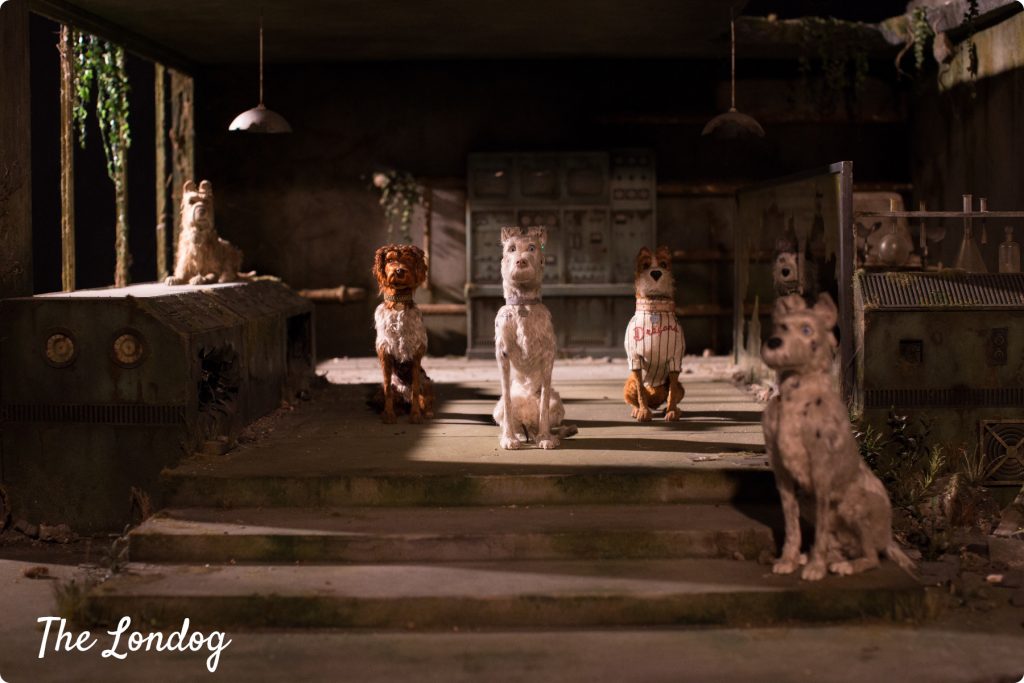 We would highly recommend paying the exhibition a visit. You can visit it until 5th April 2018 (11am – 7pm, Saturday to Wednesday; 11am – 10pm, Thursday and Friday), entrance is FREE and you don’t need to book either. Also, there is a Noodle Bar inside, where you can purchase Japanese Ramen and drinks. A night out sorted!

Keep up to speed with all about the dog events taking place in London! Check out our Dog Events Calendar and follow us on social media.