The Chiswick House Dog Show 2018 started under a wet star, last weekend, with cold and rain to kick off the day. Did this stop brave dogs (and humans) from making the best of the day and fun dog show? It certainly did not, and by the afternoon the sun that blessed the previous editions of the show was back to shine. 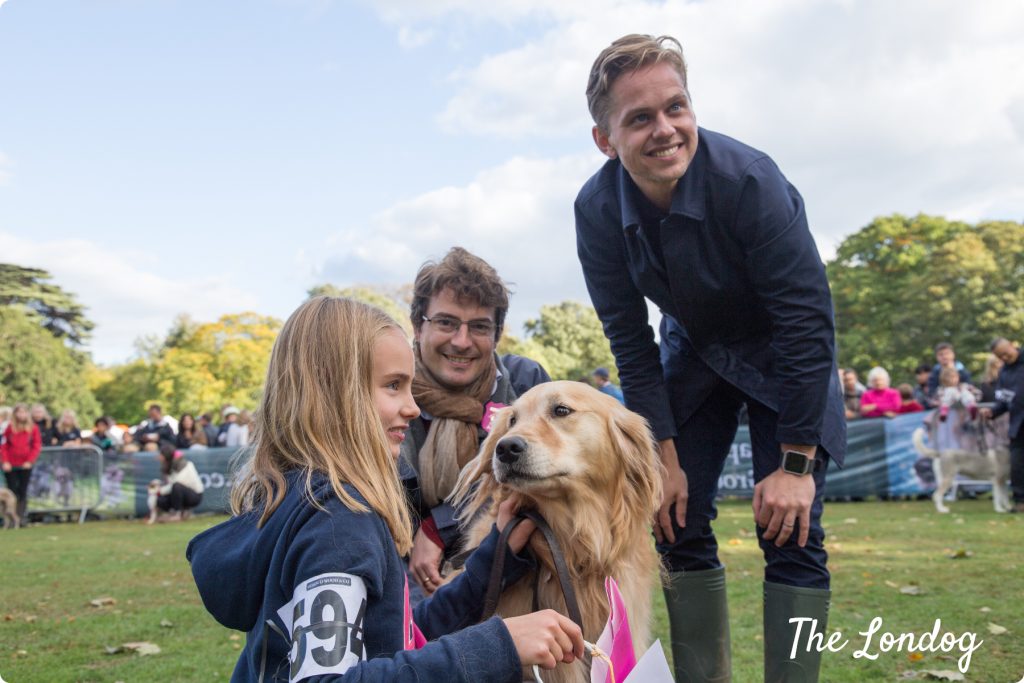 As it is tradition, the Chiswick House Dog Show had chosen a theme. This year it celebrated the 250th anniversary of the first circus show in the UK.  As you can imagine, this unleashed the creativity of participants for the fancy dress dog show category! 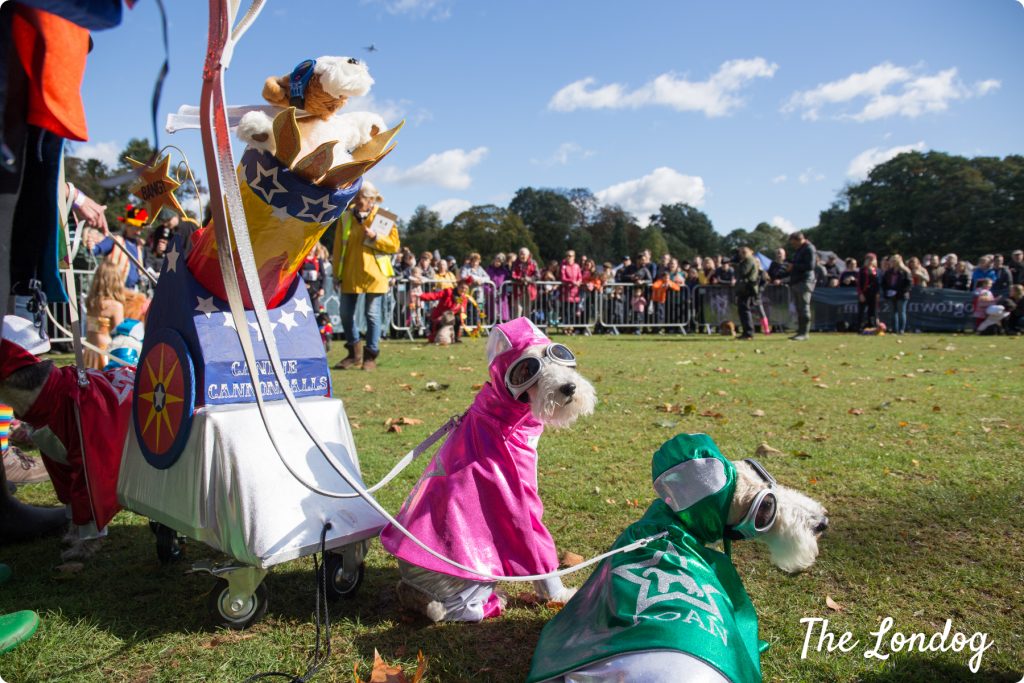 There were some impressing costumes competing for the best fancy dress, with lions to be tamed, clowns and their helpers, ring masters and trapeze artists, circus ice-cream vendors, and, of course, the Fox Terriers crew stroke again this year, presenting the Canine Cannonballs: a joyful lot dressed up it shiny colourful costumes, complete of googgles, and a cannon with a (fake) Fox Terrier ready for launch! 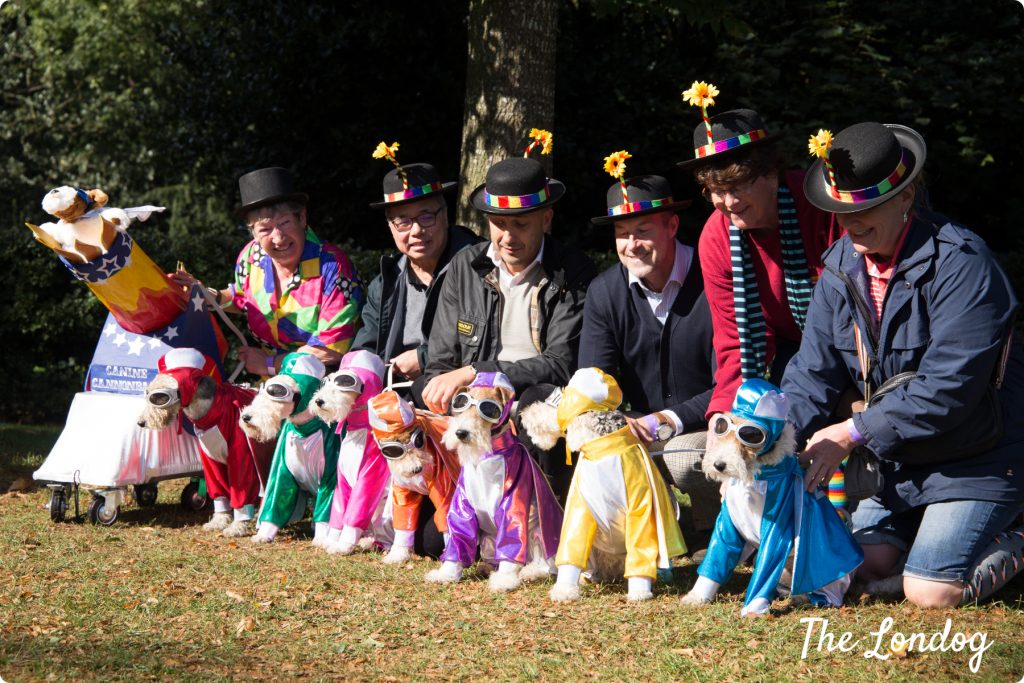 But the show is much more than just the fancy dress competition, and this was well reflected in the Best in Show, with Evie the Golden Retriever – winner of the Naughtiest Dog category – being granted the coveted award, with her junior handler (jokes were made about her responsible adult’s happiness after they won an awful lot of beer from Fuller’s). The runner-up in Best in Show also came from another of the great fun dog show classes, the Best Rescue category: it went to Amelie the mutt, who was adopted on the streets of Cyprus and brought back to the UK by her owners. 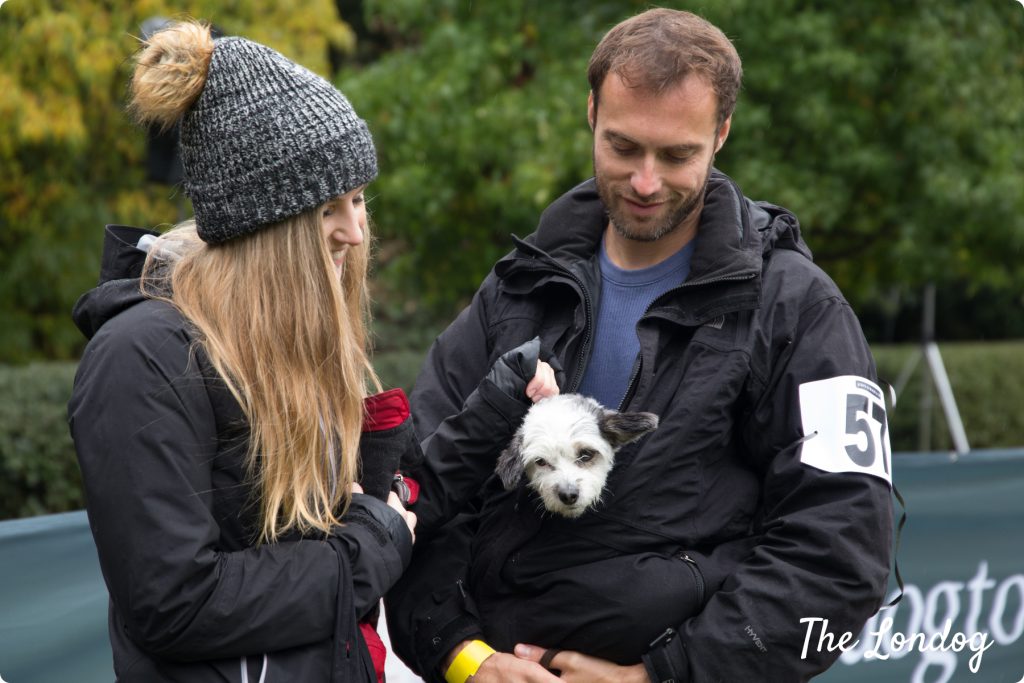 Other categories of the day were popular My Dog’s Got Talent, Youngest Handler, Handomest Dog and Prettiest Bitch for various age groups, Best Veteran, Next Top Model and more (for 18 classes overall). As last year, we were honoured to be part of the official photographers’ crew and covered Ring 1 for the day, where were hosted Waggiest Tail, Best Rescue, Best Young Handler (7+), Best Puppy, Fancy Dress, My Dog’s Got Talent and Best in Show: such a fantastic thing to see children and adults all with big smiles, also in spite of the morning rain!

As usual, there were also some celebrities to take on judging responsibilities, like Ewan Stewart, Harriet Thorpe and others. 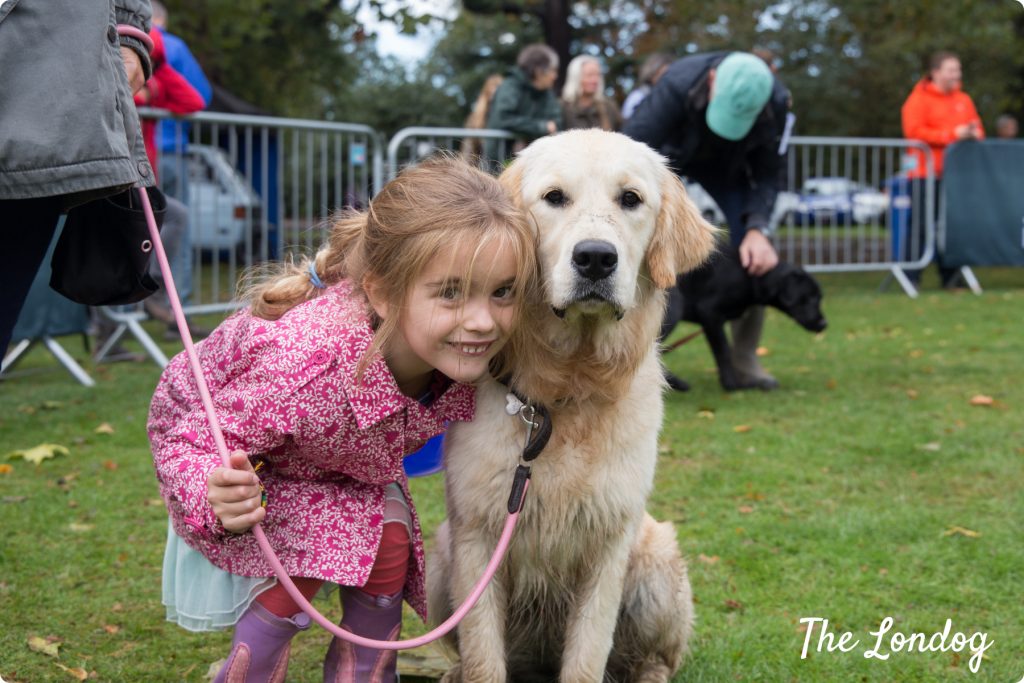 The Chiswick House Dog Show wouldn’t be complete if there were not all the stalls to add to the atmosphere. There were, as every year, food stalls to satisfy all tastes: burgers, hot dogs, Spanish churros, Sardinian raviolis, Japanese cakes and the list goes on! 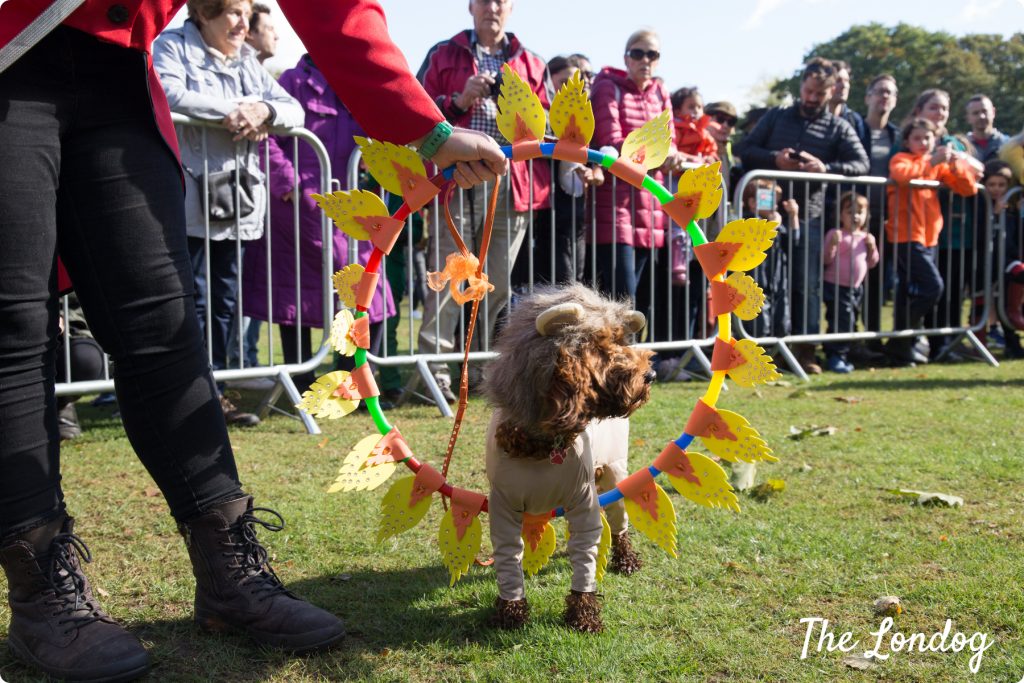 Many also the vendors’ stalls, which bring the best for dogs and humans and thanks to which every year it’s a new discovery of the latest goodies. The excellence of products like Bang & Olufsen, house decoration as Greige, human clothing, and – one that I personally loved was – the colourful flowers and vegetables stall brought I believe by London in Bloom (too bad I was too late to buy a bunch of flowers after the show). 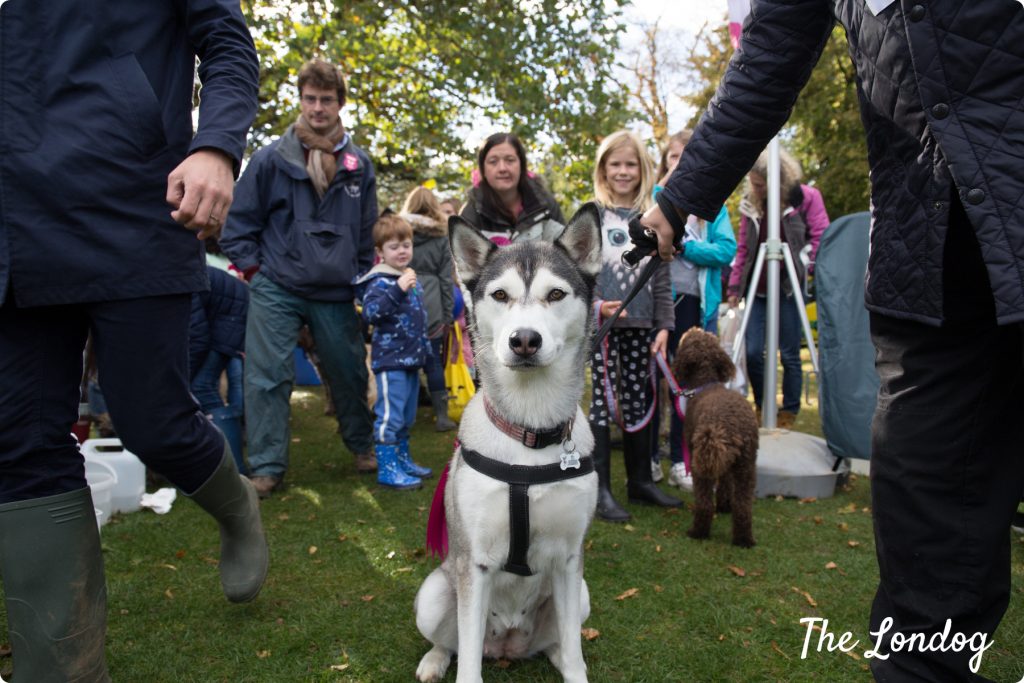 There was also natural dog foor Butternut Box, with their yellow and blue truck called “Buster”; Austin & Kat, an American wellness pet product brand producing CBD oils and treats, which we had been in touch before; Hugo & Celine with their ice-cream for dogs; personalised pet embroider brand Hoop n Loop which we already had the chance to admire at Netil Market a while back; Charley Chau dog beds, just some of the brands on the long list.

The one that was probably the most in theme with the gloomy morning was Ruff and Tumble, a brand providing cotton dog drying coats and mitts (mitts, what a brilliant idea! – they are on Amazon at this affiliate link). 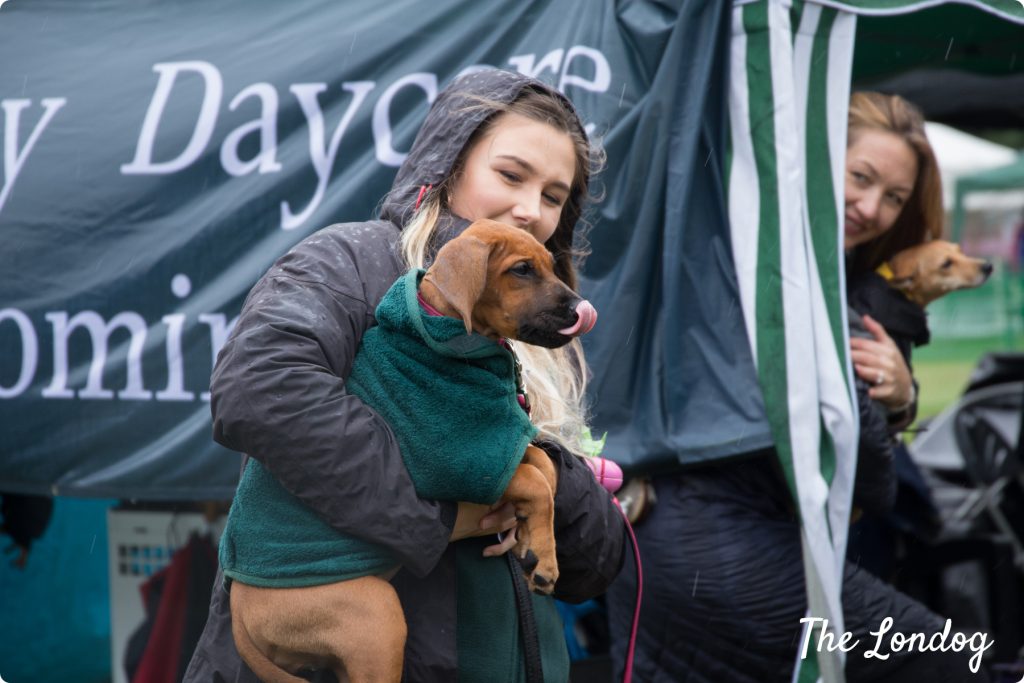 Finally, the traditional Dogs Trust’s doggy dash, the flyball demonstration, and the egg and spoon relay challenge gave everyone something to be busy and excited about!

More photos from the event will be available shortly on our Facebook page (in case you haven’t liked the page yet and you wish to do so, you can find it at @The Londog). 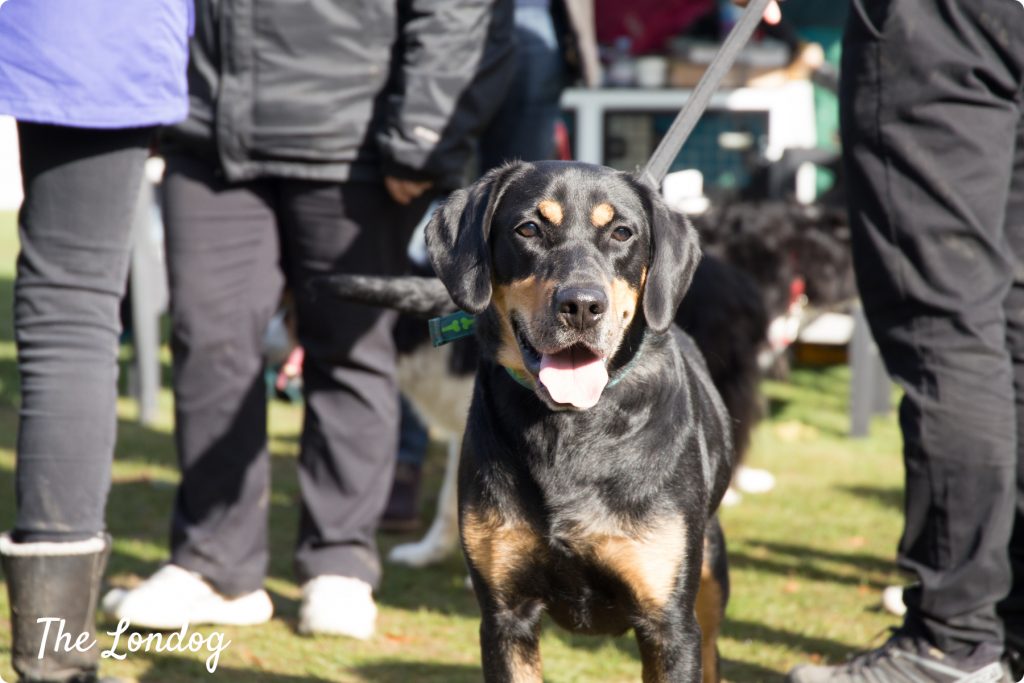 More information about next year’s edition of the Chiswick House Dog Show will be released later, watch out for updates! In the meantime…